Love it or hate it, many new vehicles now shut off the engine at stoplights. In theory, the start-stop feature saves you money, but this technology seems to have an equal number of fans and haters. Despite criticism surrounding less control and battery issues, engine start-stop systems are pretty cool tech and involve several parts under the hood. From reliability to gas savings, here's everything you should know about start-stop. 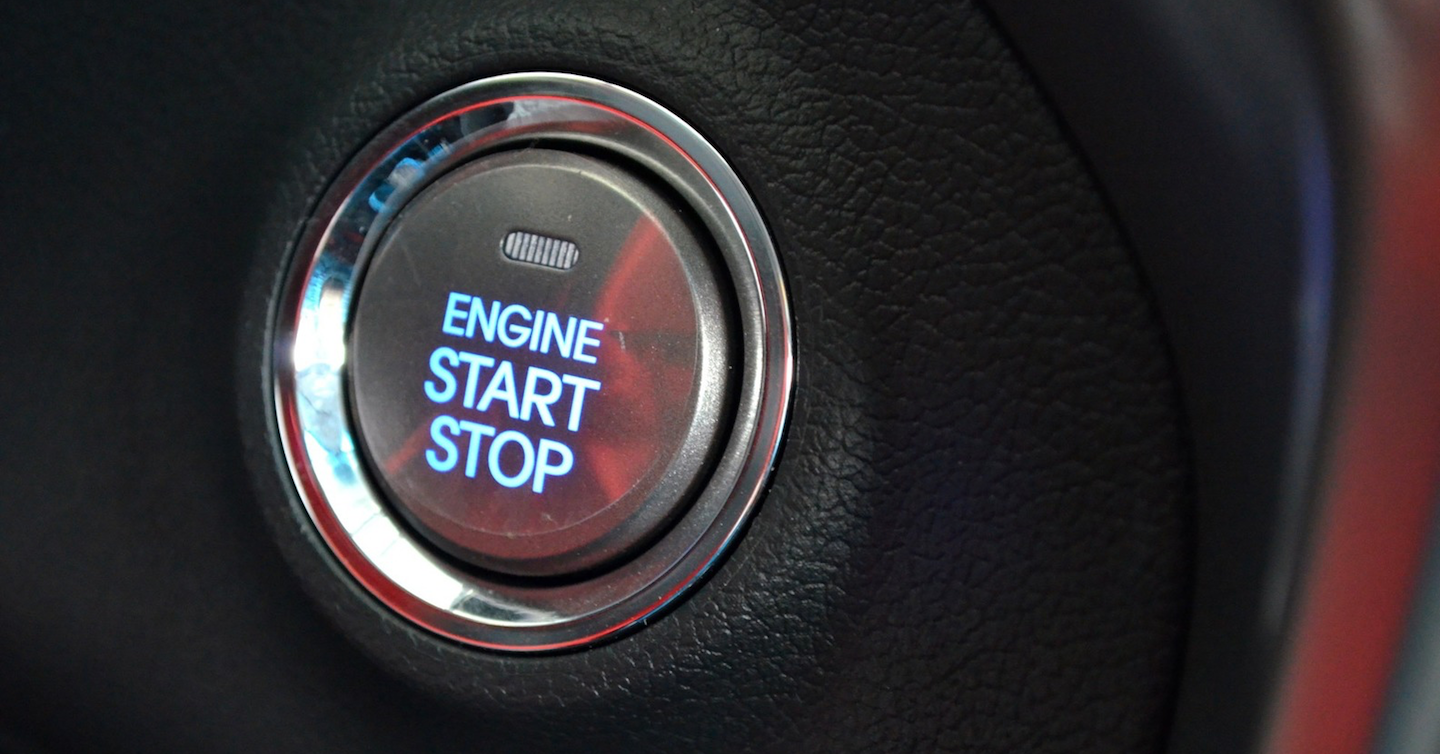 The Beginnings of Start-Stop Tech

While it seems like a new creation, start-stop systems have been in production since the Atari was cool. Toyota built start-stop into a concept car in the late '70s, but the tech first saw mass production in the 1983 VW Polo. With Europe's much more expensive fuel prices compared to North America's, it made sense to develop and market economical technology there. Start-stop only recently gained traction in the US, however, with manufacturers facing higher fuel mileage requirements and consumers slowly seeing rising gas prices. Currently, around two-thirds of all cars in Europe are equipped with start-stop, and around one-fifth of new vehicles in the US are equipped with it.

The idea behind the tech came from Japan's emissions test, which includes 30 seconds of idling. By turning the engine off automatically, and then restarting when needed, the engine could more easily pass strict emissions standards. Gas mileage figures would increase for city mileage, too, with the engine burning zero gas when stopped. Now, you might have heard your one quirky uncle say something like, “Starting your engine burns more gas than letting it idle for 20 minutes." True, starting a cold engine takes some extra gas and runs rich while warming up, but an engine already at operating temperature needs little to get it moving again.

For an example of how this works, think of driving and approaching a red light. With dozens of sensors, the engine-management programming can tell when the engine is at normal operating temperature. Coming to a full stop with a warmed-up engine, the computer cuts fuel and spark, which shuts off the engine. All the vehicle accessories like the radio, lights, and GPS, are operated off the deep cycle voltage from the battery. (The engine doesn't activate start-stop if the A/C or heater are in high use. Otherwise, under normal conditions the A/C also runs off the battery when the engine stops.) When the light turns green, lift your foot off the brake, and before you can get it to the accelerator, the battery powers the starter and your engine is running again. While initial start-stop systems sometimes had hesitation or vibration on restart, the systems sold today restart the engine in less than a half second.

A start-stop vehicle has more on/off cycles than a vehicle without it, so you might expect some parts to wear out early. Most owners' initial thoughts point to the starter and battery seeing more wear and tear, but that's not exactly the case.

Even if you go through 50 start-stop cycles every time you drive, and assuming you drive every single day, that's still well under 20,000 on/off cycles each year. If you look at the construction of modern vehicles, that isn't too bad of a workout. “Wear and tear" is only an issue when cold and when start-stop doesn't function. This engine wear is not a result of starting up but a result of lack of oil on internal parts, and the very slight size difference of cold parts that haven't warmed up yet. Yet neither of those issues are a factor in start-stop systems, because there is no huge fuel consumption or cold metal-on-metal contact when starting a warmed-up engine.

What about the battery? It's much the same story, as batteries are designed for multiple charge cycles. Batteries in start-stop engines continually charge, then discharge-to-start, and repeat. That's what all batteries are designed to do. Batteries don't like to charge endlessly, or sit discharged for too long. That's how you kill a battery, not by the repeated charge/discharge cycles of a start-stop system. But if you're still concerned, know that vehicles with start-stop do have bigger batteries for more capacity. A Reuters report stated that Ford and VW systems average 28 percent more lead for higher capacity than vehicles without start-stop.

Another question owners have is wondering if the start-stop system actually saves them any money. Modern engines don't use much fuel at idle, only enough to keep the momentum of the spinning parts moving and drive the accessories. Still, the EPA estimates real-world gas savings are in the 3 to 10 percent range. At AAA's current estimated national average of $2.87 per gallon, this tech saves the average vehicle owner around $10 a month in gas. Tech site CNET estimates start-stop adds $275 to the MSRP, so that means it takes a little over two years for the first owner to see the savings in their bottom line, or less if gas prices are higher.

Many owners report not liking the lack of control when the engine turns off automatically, or don't like the vibration on start up. Most systems can be deactivated manually, and the EPA estimates 50 percent of drivers turn the feature off. Still, despite owner criticism, manufacturers enjoy the higher EPA test numbers, so start-stop tech is here to stay.

Manufacturers designed this system to need little maintenance from the vehicle owner, as they don't want to be known for building unreliable vehicles. However, it's always a good idea to change your oil on time and use a good-quality oil to protect engine internals. Cold engine starts are hard on engine bearings, but start-stop shouldn't be an issue since it only works on warmed-up engines. Plus, manufacturers are now using polyamide coating on the bearings to massively reduce wear on the bearings and crankshaft. Battery maintenance is a thing, too—but, again, you shouldn't need to do anything different than you are already doing to properly maintain your engine (AGM batteries are usually required). With common sense and a good routine under the hood, your start-stop system should be reliable and last for many years of fuel savings.

Do you have a vehicle with start-stop tech? Has it been reliable for you, or do you just hit the “off" button every drive? Let us know how it works in the real world in the comments below.