It's a well-known fact that a lot of the technology in modern road cars comes from motorsport. Just look at the electronic recovery systems used in high-end supercars; they come straight from Formula One to give a boost to the internal combustion engine. But there's so much more technology that comes from racing that we take for granted. 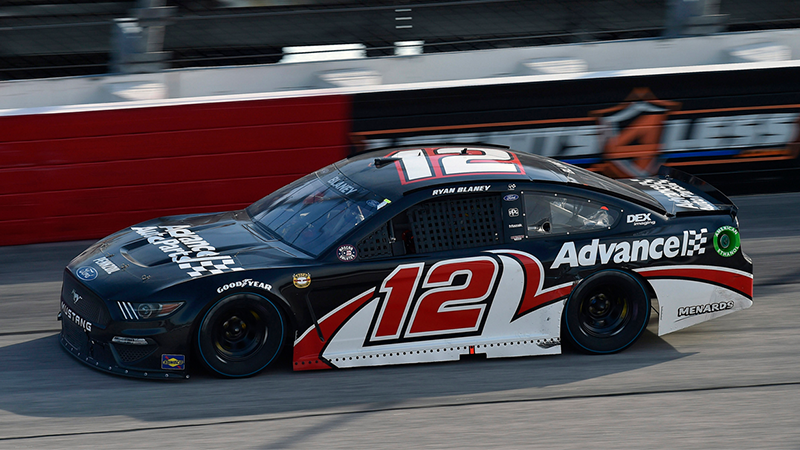 Motorsport is like a test-bed for modern car tech. High-end series with big budgets and a lot of manufacturer input tend to be driving the development of road cars. The all-electric Formula E helped the likes of Audi, Porsche and Jaguar Land Rover develop their electric vehicles, for example. Formula One has also given us numerous leaps forward in powertrain and aero technology. Even NASCAR tells manufacturers a lot about downforce, exterior design, suspension and tires.

With that in mind, let's look at some of the advancements that have come from race cars:

You might take this little feature for granted on your car, but it comes from motorsport. Racing drivers in the '50s realized that they could spot competitors better and guard the racing line if they could see behind them. The rearview mirror soon became standard in road cars, too.

In a race car, it's important to be able to change gear as quickly as possible. This led to huge advancements in direct-shift gearboxes (DSGs), such as those found on Volkswagen's automatic cars. On top of this, clutchless transmissions allow us to change gear using paddle shifters — just like a race car.

Whether or not you like a push-button start (it's just so easy to lose your keys when they're not stuck in the ignition!), you can't argue with the convenience. Racing drivers don't have time to mess around with keys, so pushing a button to start the car — after flipping a few switches for the fuel pump, etc. — is the way forward.

This has leaked over into our road cars with many modern vehicles favoring this over the simple turn of a key. They make it easier and quicker to start your car — regardless of whether you're hitting the track or getting ready for a grocery store run.

We can thank the world of rallying for this technological advancement, specifically Audi which developed its Quattro AWD system in the '80s to give it an edge on gravel and dirt. Now no longer reserved for cars tearing around a rally course, AWD is available on almost everything from unassuming sedans to proper off-roaders. 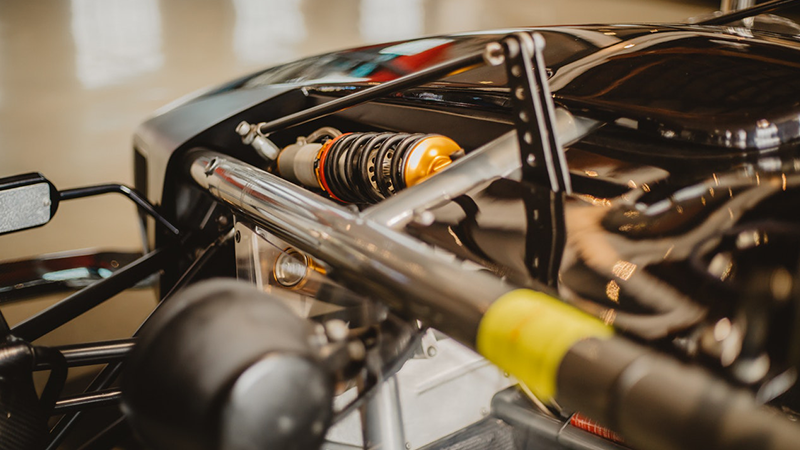 Suspension is a tricky balancing act, as manufacturers want to hit that sweet spot between comfort and performance — on road cars, at least. While race cars might be set up purely for performance, there's actually a lot of shared technology here. You'll find Macpherson struts on NASCAR cars as well as on a Honda CR-V and Kia Sorento, and Formula One cars use a multi-link suspension set up similar to what you might find in a Genesis G70.

Active suspension systems also come from motorsport to help improve the handling of cars. This can be found on a wide range of vehicles including many Lexus, Audi and BMW models, as well as on sports cars, sedans and SUVs.

Motorsport is used by tire manufacturers to improve performance and lower rolling resistance. The result is a grippier tire that helps save fuel and reduce emissions. Of course, a slick race tire isn't going to be suitable for a road car, but there are lessons to be learned from motorsport about rubber compounds, the longevity of tires, water displacement and how they perform. This is why manufacturers with a long history in motorsport tend to have the best tires for performance driving.

Disc brakes first appeared on race cars in the 1950s. They performed better and were easier to cool than drum brakes. Now, almost all road cars have disc brakes in the front, at the very least. Go anywhere beyond budget models, though, and you'll find disc brakes all around. Many high-end sports cars have drilled rotors for increased cooling and performance. The Ford Shelby GT350 Mustang has two-piece, cross-drilled iron rotors with aluminum hats — the largest rotors Ford has ever put on a production Mustang.

Air is a vital part of the combustion process in any car, but in racing, the more air the better. This is where air intakes come in; created to increase air intake in race cars, you'll now see things like vents and scoops on a variety of road cars. Just look at Subaru.

Superchargers and cold air intakes also use this kind of technology to increase performance. You might not see them in top-tier circuit racing, but in series that are all about speed (like drag racing), you'll hear superchargers aplenty. Unless you buy a high-end sports car, you'll probably be stuck with a normal airflow for normal driving. On the other hand, if you're keen to modify your car, a cold air intake is a great place to start.

A dual overhead cam (DOHC) allows the valves in your engine to open and close more rapidly (because you've got two camshafts working together instead of one). This gives you better performance because it's able to produce more horsepower out of smaller engine displacement. 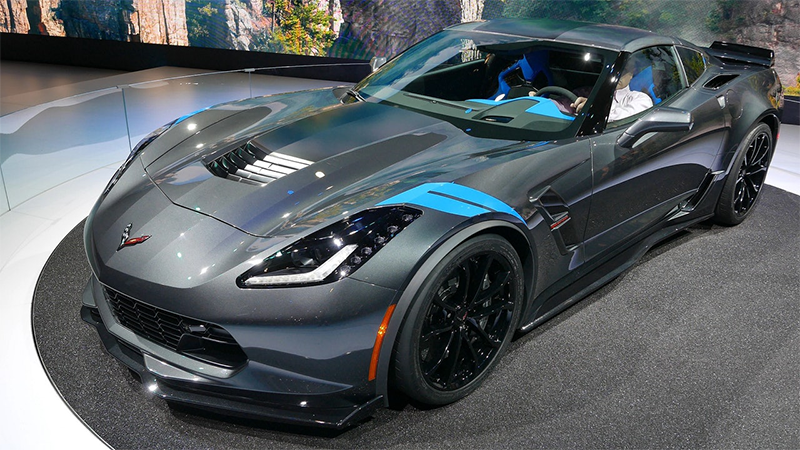 The designers of race cars are always pushing the boundaries of what's possible when it comes to the exterior design of a vehicle. There's always a few thousandths to be eked out from a slight improvement in aerodynamics. This is one of the reasons race cars keep getting faster.

Because we associate the look of race cars with performance and speed, we look for this in our daily drivers, even if we're never going to take them anywhere near a track. Aerodynamic bodywork helps road cars use less fuel by reducing wind resistance — something that's a hot topic as manufacturers look to extend the range of electric vehicles. But the aesthetic helps sell cars, too.

We all want downforce in our road cars, right? Functional aero packages are a dream for any track day enthusiast. Just look at the big wing, front splitter and dive planes on the Dodge Viper ACR. It looks fierce, but all those extra bits are effective, too. 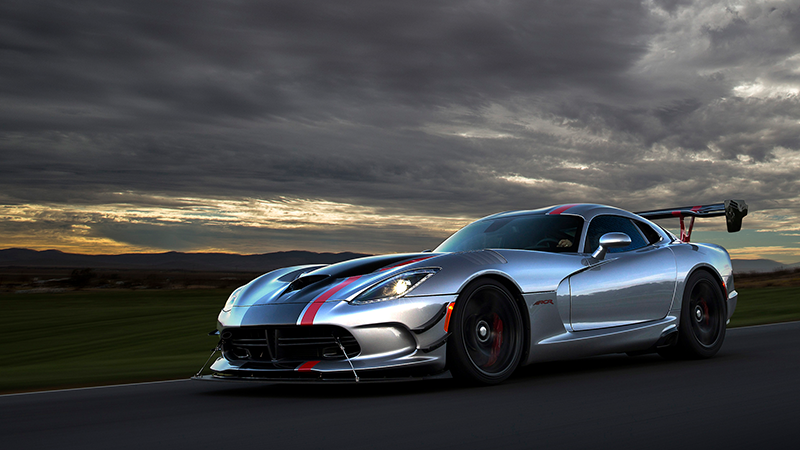 Lightweighting of materials is a great way to help a race car go faster and save fuel. We've seen this with the use of aluminum and carbon fiber creeping into road cars, too. There are also further advancements being made for the purpose of sustainability as well as fuel-saving. The new Extreme E series, for example, features electric SUVs with bodywork made from flax.

Motorsport will always have an element of danger — which some may argue is its appeal — but it's become much safer over the years. Even grassroots racing has taken some of the lessons from the faster series with the use of roll cages, HANS (head and neck safety) devices and impact zones.

Road cars have learned from motorsport, too, with the same technology used to make NASCAR roll cages going into the production of crash structures for road cars. Modern cars are safer than ever thanks to the leaps and bounds being made in motorsport.

These advancements in safety, performance and efficiency will continue to come. With new forms of racing popping up and manufacturers looking to create more advanced vehicles, racing is still a test-bed for the latest technology.

Anything you'd like to add? Let us know in the comments.

Jess is a motorsport entrepreneur and automotive journalist who has road-tripped around the world in everything from roaring V8s to electric cars. Running a motorsport business allows her access to all levels of racing and she's the author of "The Sponsorship Bible" Get Paid to Race. Find out more at jessshanahan.com

What Is Autocross and How to Get Started