Since the Model T days, the throttle on a car's engine has been operated by a cable or a mechanical linkage from the accelerator pedal. Those days are just about over, however, as the trusty throttle linkage has been replaced by electronic throttle control or "drive-by-wire" systems. 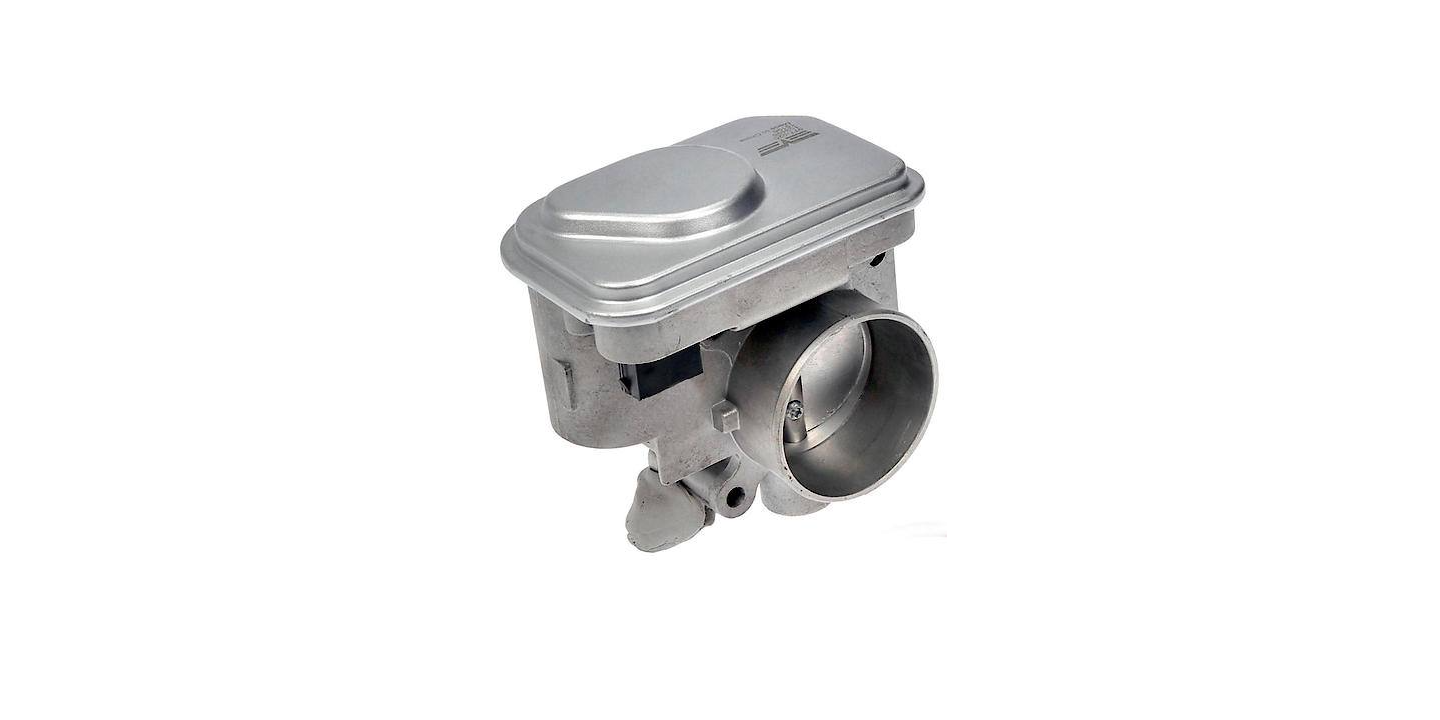 The same kinds of systems, however, are in use or in development for braking, steering, suspension, and other automotive applications. Once this technology matures, it could potentially eliminate parts like the steering column and linkage, or the hydraulic brake system, and just engage steering and brakes by electric motors or servos.

None of that is likely to make it to market phase anytime soon, though. There are numerous technical hurdles to clear there, many of which have to do with being able to engineer the type of road feel and feedback that drivers are used to.

How Does the Electronic Throttle Body Work?

It can be thought of as an embedded system that feeds information to the engine control module (ECM), along with readings from the cruise control system, mass airflow sensor, engine speed sensor, vehicle speed sensor, and accelerator position sensor. The ECM then uses all this data to open the throttle valve to the desired angle, controlling fuel delivery and acceleration.

Any mechanical system that can be replaced by a wireless electronic linkage means an overall weight savings for the vehicle. It also means that there's less chance of a mechanical failure due to wear or corrosion or damage, obviously. And during rapid acceleration, the electronic throttle body smooths out the engine and transmission.That doesn't mean that ETB and other drive-by-wire systems don't have potential problems, though.

ETB throttle position sensors are usually of the potentiometer or Hall-effect sensor design. A potentiometer (think of a rotary volume control for a radio) is a brush-and-resistor device that can be prone to corrosion, wear, or dust and dirt infiltrating the sensor and causing failure. The magnetic Hall-effect sensor is impervious to wear, but if it were to fail it would fail all at once (and enter a trouble code in the ECM), rather than the erratic performance that a potentiometer would show.

ETBs are also more complex to service and often require a reset or flash of the ECM if they need to be replaced. Instances of unintended, uncontrolled acceleration (as in the Toyota recall a few years ago) have been reported, but what's more likely is an abnormally fast idle and erratic throttle response that could even cause your ECM to put the car into limp-in mode, where you won't be able to get above about 25 mph.

Software failures are a possibility, too, as is the chance of software hacking by someone with bad intent. Diagnosis can be tricky, as some makes and models can have as many as six or eight trouble codes related to the ETB. Make sure to check your manufacturer guidelines for information about throttle body cleaning and inspection, and make sure to do it as any part of a routine tuneup. Indications that the throttle body may need a cleaning include a rough idle, low idle speed, and possibly even stalling when coming to a stop.