You probably see this all the time. The car in front of you is spitting out puffs of white from its tailpipe, while the car next to it appears to have no emissions. Sometimes it accelerates, leaving a thin trail of water pouring out. At other times, it's even worse thanks to a blue smoke with a "colorful" odor.

In fact, there's a lot your car's emissions can tell you. Sometimes it's interesting science-based stuff, and sometimes it's a warning . Here's what to look out for. 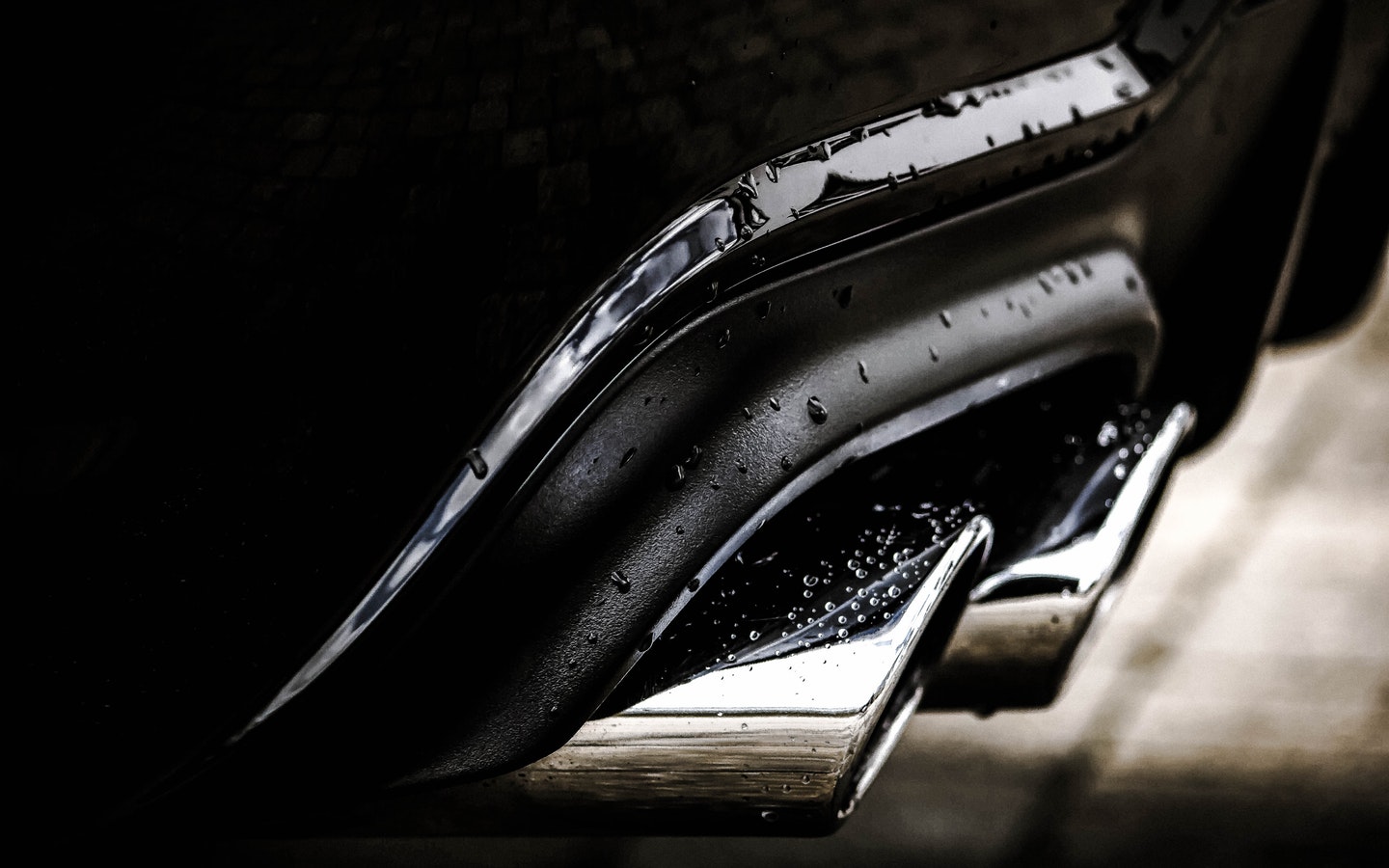 Even though your engine burns fuel in an extremely hot environment inside the engine, water vapor is a surprisingly common result of the combustion process. Normally, the exhaust system is nearly as hot as the combustion chamber, well above water's boiling point of 212 degrees Fahrenheit.

In normal engine operation, the water is turned to steam and escapes the tailpipe as invisible heat. With a newly started engine and a cold exhaust system, the vapor and gasses exit the combustion chamber and cool down, condensing into droplets. The catalytic converter's job is to change noxious gasses into safer gasses, and a bit of water vapor results from this catalyst process. The resulting condensed water can be seen when pulling away from a stoplight, a small dribble out the tailpipe. Odds are that when you see water trickling from a tailpipe, it just means the vehicle's engine hasn't reached operating temperature just yet.

It's important to note that drips of water, or even the occasional small stream, are normal on a cold engine, but a steady volume of water (i.e., a cup over a minute or more) likely indicated a problem. A gushing flow of water, or some water with a sweet smelling white smoke, is indicative of a head gasket leak, with coolant infiltrating its way into the combustion chambers. A UV leak detector will give you confirmation of a problem, or assurance of just condensation.

An engine with a failed head gasket or cracked head will also leak coolant into the crankcase; motor oil that looks like a milkshake or resembles greenish pond water (and is way over the full mark on the dipstick) is a sure sign of these kinds of problems. Motor oil that's been diluted this way cannot do a good job of lubricating bearings and other moving parts, and will soon result in more engine damage than just coolant infiltration from the head gasket problem.

On cold days, seeing steam in the exhaust on a cold engine is normal. Ruben de Rijcke | Wikimedia Commons

There are times a brand new vehicle in perfect condition with low miles may emit puffy white clouds of steam. As described above, the production of steam, like water, is a normal part of the combustion process. A warm exhaust system will pass the water vapor as invisible gas, which exits the tailpipe and hits the cold air, condensing into a white cloud like an old-time steam train. This is more pronounced on cold days.

If your engine is warmed up and it's a comfortable day outside but your engine is still producing noticeable steam, that's when it's time to worry. This could signal a head gasket issue or a cracked cylinder head or intake manifold. What's happening here is the coolant from the radiator and cooling system is leaking into the combustion chamber.

A small amount can be ignited, and is seen as steam. A bit of coolant can be burned, escaping as an even more visible white smoke. But a large amount of coolant/water cannot be burned off or compressed, and could quickly—and catastrophically—damage the engine, destroying the pistons, rods, or even the engine block. This condition is called hydrolock and it's what will destroy an engine that's been in deep water. If the amount of steam is piling up behind you where you can't see out the rear window, the leak is serious and the vehicle should not be driven until repaired. Get it fixed ASAP.

Blue exhaust smoke is a sign of oil in the combustion chamber.

This issue is caused by oil entering the combustion process and it's a tricky one to repair, as oil is entering through worn out piston rings (or cylinder walls), valves, or valve seals. While valves and valve seals are as affordable as an oil change, the process to replace them is beyond a beginner's skill level. With the machining and build quality of today's engines, most will not wear to the point of burning oil until they're past 150,000 miles (compared to about 100,000 miles on a 1980s vehicle). Still, it happens.

Damaged pistons or cylinders point to a costly engine rebuild. Blue smoke is often accompanied by decreased engine performance due to a loss of compression. This happens because oil is getting into the chamber through the same leaks the pressurized air/fuel mixture is escaping from during the compression cycle. Get this one checked out as soon as you can.

A failed oxygen sensor is one of several conditions that can lead to black exhaust smoke.Source | Martin Olsson

Excessive fuel or too little air in the combustion process creates black soot. The spark plug can only ignite so much gas according to how much air is present in the combustion chamber. If the engine runs “rich" with too much fuel, the excess fuel is unburned and escapes with the exhaust gasses into the exhaust manifold and the rest of the exhaust system. Exhaust parts are extremely hot when the engine is warmed up, so the unburned fuel ignites in the exhaust in an inefficient burn, leading to the black smoke you see.

On a 1960s car, a rich running condition would usually be due to a misadjusted carburetor mixture or a stuck carburetor float. Today, fuel metering is entirely electronic, and black smoke is likely caused by a failing fuel or emissions part, such as a fuel injector, oxygen sensor, or fuel pressure regulator. Usually this is easy to diagnose thanks to the "check engine" light and corresponding code.

Temporarily running rich is not catastrophic, but it is essentially lighting your money on fire, as you are wasting gas with every drive. It will also get more expensive over time, as excessive fuel quickly damages the catalytic converter and oxygen sensors, leading to costlier repairs. It's OK to drive to the parts store to get it corrected, but don't ignore it long term.

What is an O2 Sensor?