The oxygen sensor (or O2 sensor) is a key component of your vehicle's emissions system and dates back to the earliest days of electronic engine controls. Still, many people are unsure about what the oxygen sensor actually does. Let's take a closer look. 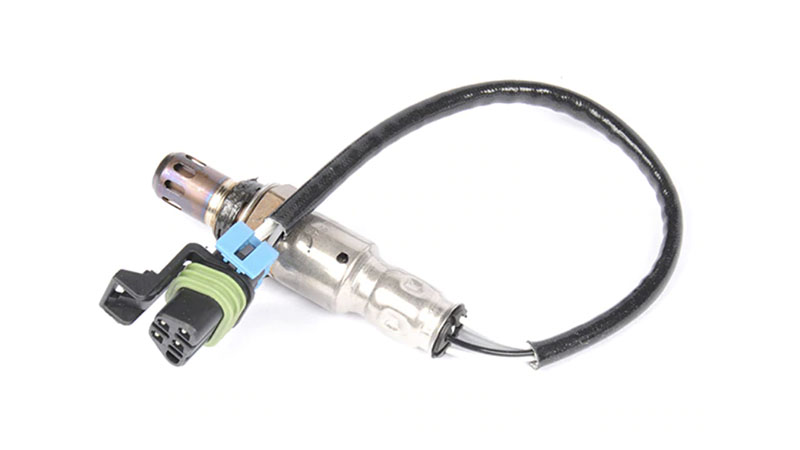 Why do I need an Oxygen sensor?

Oxygen sensors are designed to monitor the amount of oxygen that's in your car's exhaust stream, as a marker of efficiency and to confirm the catalytic converters function properly. They sense whether your engine is running an air/fuel mixture that is too rich or too lean by oxidizing a portion of the oxygen as it comes through the exhaust system. That reading is then turned into a voltage signal that is sent back to the engine control computer, which then adjusts fuel metering and timing to maintain an optimum mixture. This is something that's constantly changing in real-time, according to engine load (i.e. hills), acceleration, engine temperature and warmup period, and other factors.

Where is the car oxygen sensor located?

Newer vehicles will have more than one sensor—one “upstream" and one “downstream" of the catalytic converter. The upstream sensor will be on the exhaust pipe, closer to the engine, while the downstream sensor is situated closer to the muffler; the idea is to fine-tune the input the engine computer receives by getting two readings. V6 and V8 cars and trucks with dual exhaust will have sensors for each exhaust pipe (four sensors).

This is another common car-maintenance question. While older cars from the '80s and early '90s had oxygen sensors that were only good for about 60k miles, cars after '96 can easily go 100k miles or more before the sensor needs replacement. They are incredibly rugged, considering that they are constantly subject to horrendous temperatures and conditions.

Watch how to diagnose and replace a worn O2 sensor :

How do I know if my car oxygen sensor is going bad?

The only sure way to find out is with a diagnostic code reader, but here are some indicators:

What can cause a car oxygen sensor to fail?

So in other words, once your O2 sensor starts to fail, you'll know it because your fuel economy and performance will drop off pretty drastically. In addition, your Check Engine light will be illuminated because trouble codes relating to the O2 sensor will be stored in your engine control computer.

For more help on how to replace your O2 sensor, check out our step-by-step guide.

How to Safely Use Car Jack Stands