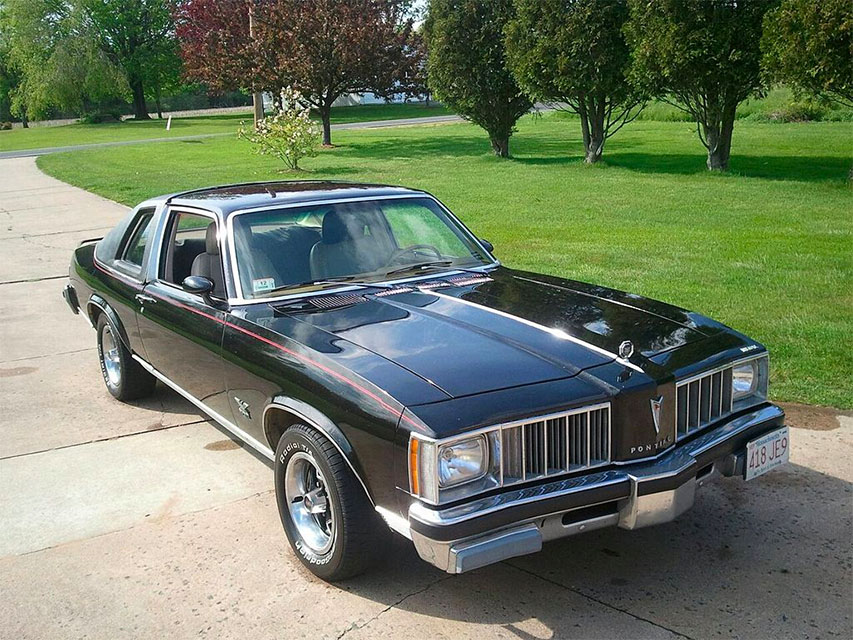 The late 70s and early 80s weren't kind to the Big Three automakers and Detroit. They found themselves completely off-balance and unprepared to cope with the fuel crises of the 70s, as well as the sudden challenge from Japanese and European imports that offered better fuel economy and quality. They were also hit with new, enhanced safety standards and emissions mandates that resulted in knocked-together systems that sapped horsepower and performance (and, ironically, gas mileage).

This all came along at a time when GM in particular was still offering the Stone-Age 60s technology of the X-platform family of cars: Nova, Omega, Ventura, Apollo (note how those first letters spell out "NOVA"). The company's full-size offerings were just as outdated, being 70s designs that were "downsized" with truncated bodies and shortened wheelbases, but not much else that was updated. Compacts like the Vega and Monza/Sunfire were inefficient and had a reputation for poor build quality.

It was time to move away from from body-on-frame rear-wheel drive cars, so the second-generation X platform was created, this time in front-wheel drive.

Car of the Year

General Motors had been building front-wheel-drive cars for a long time, in the iterations of the Cadillac Eldorado and Olds Toronado. Neither of those sleds were fuel-efficient or compact, though, and so in the mid-70s the company started on an all-new design.

It was a huge undertaking, as the new design would be the first-ever GM product with all-season radial tires, an onboard computer, a transverse engine/FWD, and rack-and-pinion steering. The development tasks were actually spread across different divisions, with Buick handling powertrain design, Pontiac in charge of rear suspension, Chevrolet tackling front suspension and Oldsmobile charged with fuel and exhaust. Predictably, this led to turf wars between divisions that required the GM project center to step in and arbitrate.

Think for a moment about the sort of problems that would come up when things are delegated this way, generally. Then think about it for an entire vehicle that has to be designed from the ground up.

Since there was nothing in the GM stable that was even remotely close to this new design, Lancia 164s were purchased as test mules, as they were about as close as anyone could find to the design targets for the new vehicle.

The X-family of cars made their debut in 1980 with a huge splash and a marketing push, and initially they were well-received. They offered roomy interiors with no interior driveshaft hump and "crisp, angular styling" that was immediately compared to European cars. It was truly a big departure from what GM had previously fielded and an enormous step forward from the old Nova-style platform. The Chevy Citation, in particular, was seen as being so innovative that Motor Trend named it Car of the Year for 1980. 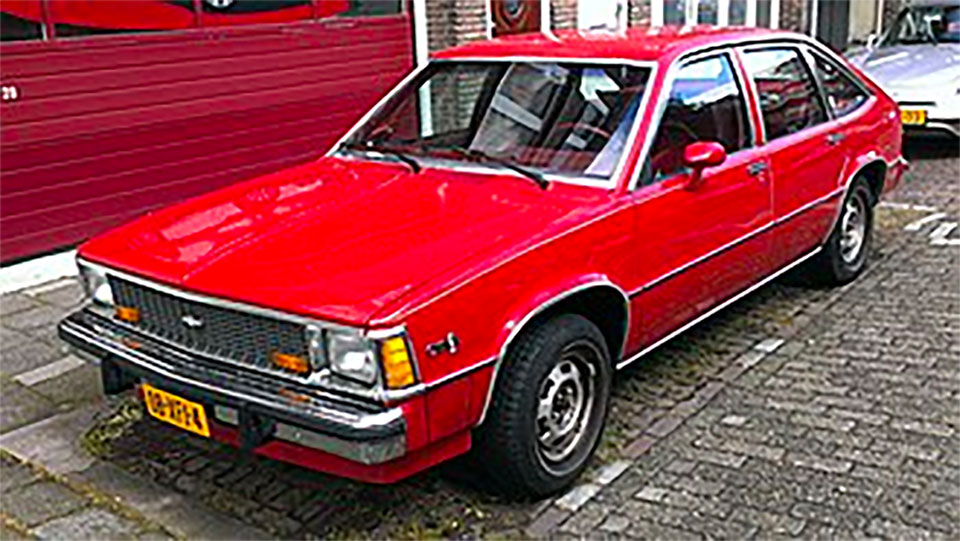 The Citation was offered in two-door coupe, two-door hatch and four-door hatch models, with a few different trim levels. It was a much bigger and roomier compact than the competition (such as the Dodge Omni), and it came along at just the right time since 1980 ushered in another oil crisis. Chevy even offered a performance version, the Citation X-11 package, with body and suspension upgrades and a 2.8 liter 135-horsepower V6 that could scoot the car to 60 mph in 8.5 seconds (remember this was an era where the Corvette only offered 170-180 horsepower). Sales took off and the Citation sold 800,000 units in its debut year.

Unfortunately, buyers soon found out that the cars were plagued with problems. Build quality was atrocious, with squeaks and rattles alongside loose or cheap interior trim pieces. The seats were poorly designed and not all that comfortable, and gimmicks like the vertically-mounted radio were not well-received. There were bigger problems than cheesy interiors, though, and the X-cars were soon the subject of numerous recalls.

All X-car models were prone to rear brake lockup during hard stops, an issue that could be downright dangerous. The cars all torque-steered during hard acceleration, with a strong pull to one side (admittedly, a problem with many early FWD designs) that could result in poor road manners and squirrely handling. Four-cylinder models were woefully under-powered and rough too. They rusted quickly, they had shoddy paint jobs and poor body integrity with ill-fitting doors, they were noisy and unrefined and generally not much fun to drive.

After an audit, even GM conceded there were problems. From a 1981 UPI story:

"The most damaging report, disclosed in a copyright story in the Detroit Free Press, was an internal inspection that concluded GM's Willow Run X-car plant in Ypsilanti was building the poorest quality cars of any GM factory.

"During the week ending March 6, the report said, GM rated the plant's body work at 38 on a scale of zero to 145. The two other plants that produce X-cars, at Oklahoma City and North Tarrytown, N.Y., received 97 and 94 scores, respectively, while other GM plants averaged 98."

At least part of the models' problems can probably be chalked up to the development process. For example, one common complaint was the mushiness of the motor mounts, which were designed to counter the vibration, noise and roughness from the engine bay. This resulted in another problem, though. On rough or uneven roads, the entire drivetrain would wallow and bounce, putting a lot of stress on components like the CV joints and transmission.

During testing, an overweight GM chassis engineer would drive and passengers would observe how his belly jiggled. When it barely jiggled at all, that was considered good-enough.

It's worth noting that manufacturers now have entire teams of engineers devoted to NVH (noise/vibration/harshness).

And the recalls continued: steering, fuel system, suspension, transmission, body integrity, seats, electrical and more. Drivers encountered problems like suspension parts that would suddenly become detached, or steering gear that would loosen up and become disconnected. 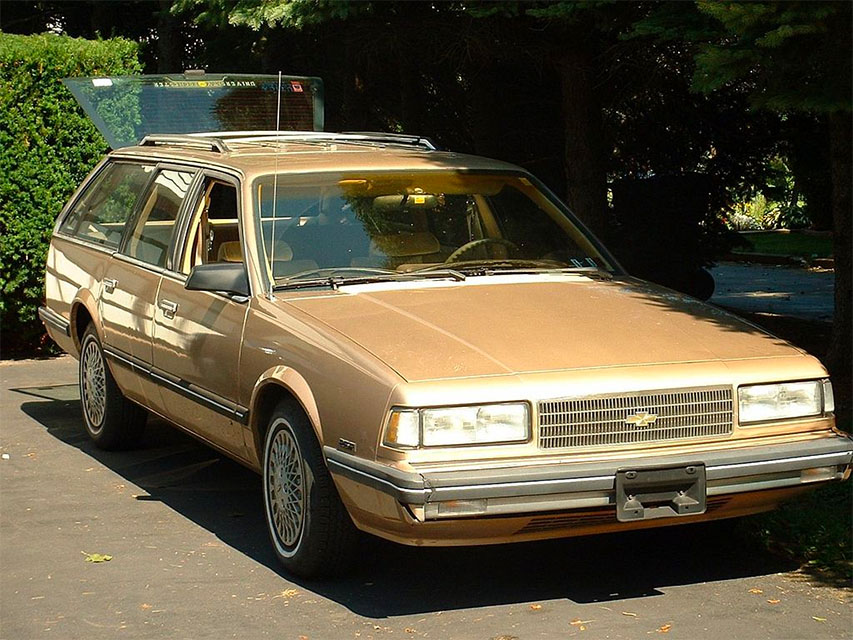 Still, they soldiered on...

By the early 80s, the X-car platform was redeveloped into the A platform, which included the Chevy Celebrity, Pontiac 6000, Olds Cutlass Ciera and Buick Century, complete with wagon bodies. The A-cars shared floorpans and much of their mechanicals with the earlier models, and stayed in production until the early 90s.

Regardless, the damage was done. Sales of the Citation fell by half in its second model year, and despite a rebranding as the "Citation II", continued to fall until the entire line of X-cars was discontinued in 1985. To this day, the NTSB lists the Citation and its siblings as some of the most-recalled cars in history. What started out as the best-selling car in America went out with a whimper after only a five-year model run.

Adding insult to injury, it turned out that Citation models that went to Motor Trend and other automotive magazines had been factory-tweaked to eliminate torque steer and some of their other incipient problems. Magazine staffers were shocked later when they drove bone-stock factory versions of those same cars.

Still, as problematic as those cars were, they're worth remembering because they represented a distinct break with the past at General Motors. They were some of the first vehicles to take on imports on their own terms with a modern design. The tough lessons that were learned from failures like the X-Car were at least taken to heart with a cultural shift at GM and the design and development process changed for future vehicles. Also remember that the early 80s were about the tail end of the era of blueprints and clay models, with CAD and computer design about to revolutionize the automotive industry.

Next time you see an X-car on the road (which isn't likely), you might want to snap a picture of it. It's automotive history, after all.

Have you ever seen one of these on the road?