The Worst Cars to Ever Come Out of Detroit

Cars are better now than they have ever been before.

That may not sit right with you, but by and large, it's the truth. You may have fond memories of your '60s or '70s ride, but think about it—you don't see a car by the side of the road, with a frustrated dad trying to get it going again, very often anymore.

Truth is, when a '60s or '70s car hit 130,000 miles, it was generally ready for the salvage yard. Prior to that, a late '40s or early '50s vehicle typically didn't have an oil pump or detergent motor oil—at about 65, 000 miles, the engine would have to be “de-coked" by running a motor oil/kerosene solution in the crankcase that would hopefully loosen all the gunk from the main and rod bearings, cam bearings, valve train, and other internals.

No, today's cars benefit from better engineering, better machining and closer tolerances, better design, and better build quality, partly thanks to robotics on the assembly line. 130,000 miles for a modern car means that it's easily got another 100,000 miles left on it; newer cars are safer, more comfortable, more powerful, and generally more evolved than their forerunners.

That wasn't always the case, though.

In the late '70s and early '80s, in particular, Detroit went through some very hard times. Between the oil shocks of the '70s and Japanese manufacturers catching American automakers unawares, Ford, GM, and Chrysler suddenly had to develop new models to compete. New emissions standards meant that engineers had to adapt quickly; the first generation of “smog-motor" vehicles were dreadfully underpowered and troublesome. Labor problems and poor morale on assembly lines meant horrible build quality.

Here's a roundup of some of the most atrocious Detroit cars to ever come off an assembly line. It'd be easy to include various pieces of Italian and British junk (and even some early Japanese models), but there are almost too many to choose from in those categories. Hopefully, this isn't an affront to anyone's fond recollections... 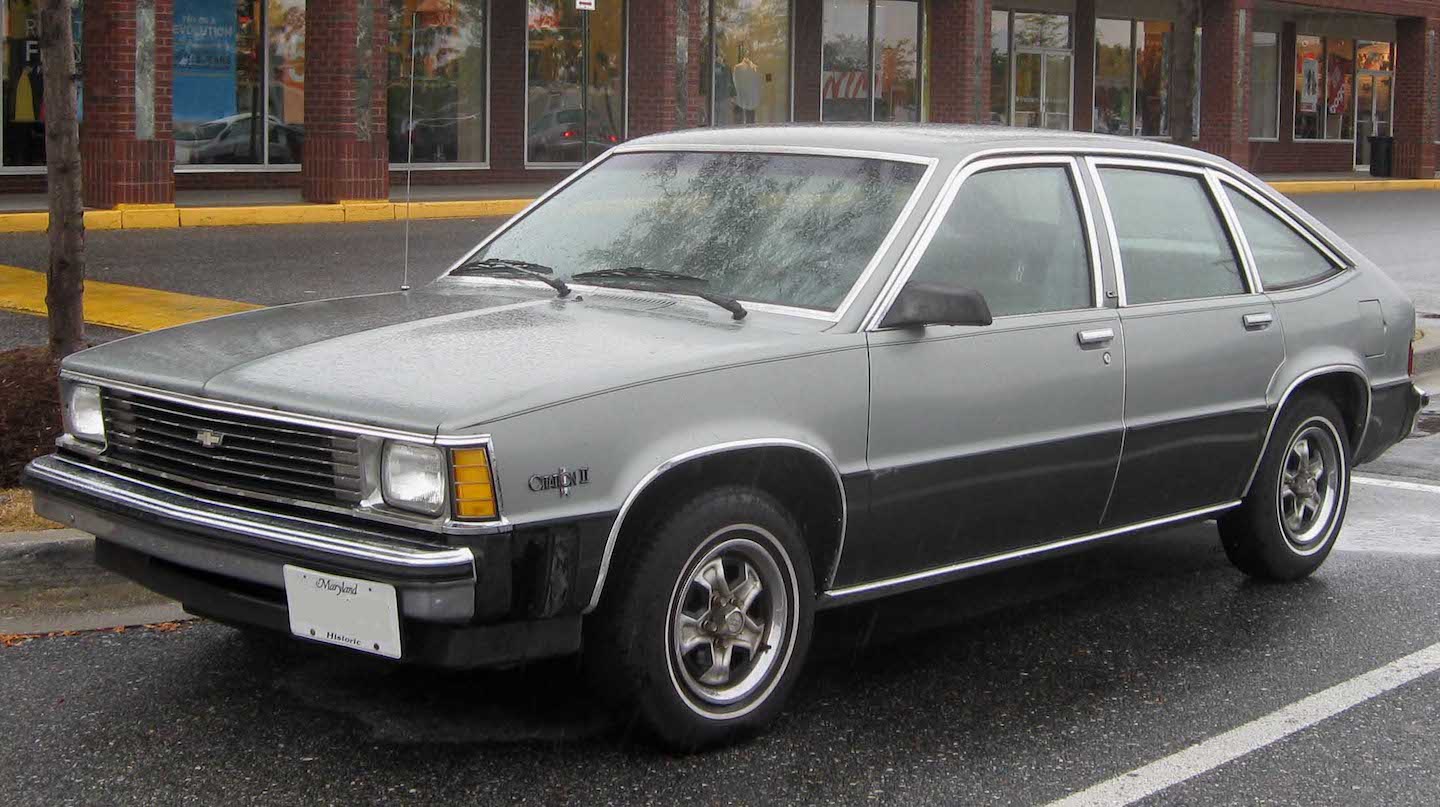 By 1980, most GM models were pretty long in the tooth. The Caprice platform was downsized, and the Nova “compact" had roots going all the way back to the '68 model year. The Citation/Buick Skylark/Olds Omega/Pontiac Phoenix “X-Body" was new from the ground up, with front-wheel drive and a transverse-mounted engine. The Citation wasn't a bad-looking car; it had a roomy and comfortable interior, the X-11 “sport" version was fairly fast for the time, and the automotive press loved it, with Motor Trend going so far as to name it Car of the Year.

Unfortunately, fit and finish on the Citation was atrocious, mechanical design was half-baked, and the car was recalled many, many times in its five-year run. The FWD system had terrible torque steer under heavy throttle, and the rear brakes locked up easily, resulting in skids or loss of control. The Citation was plagued with electrical problems, body rot, CV joint and wheel/axle bearing problems, and nobody misses them today. 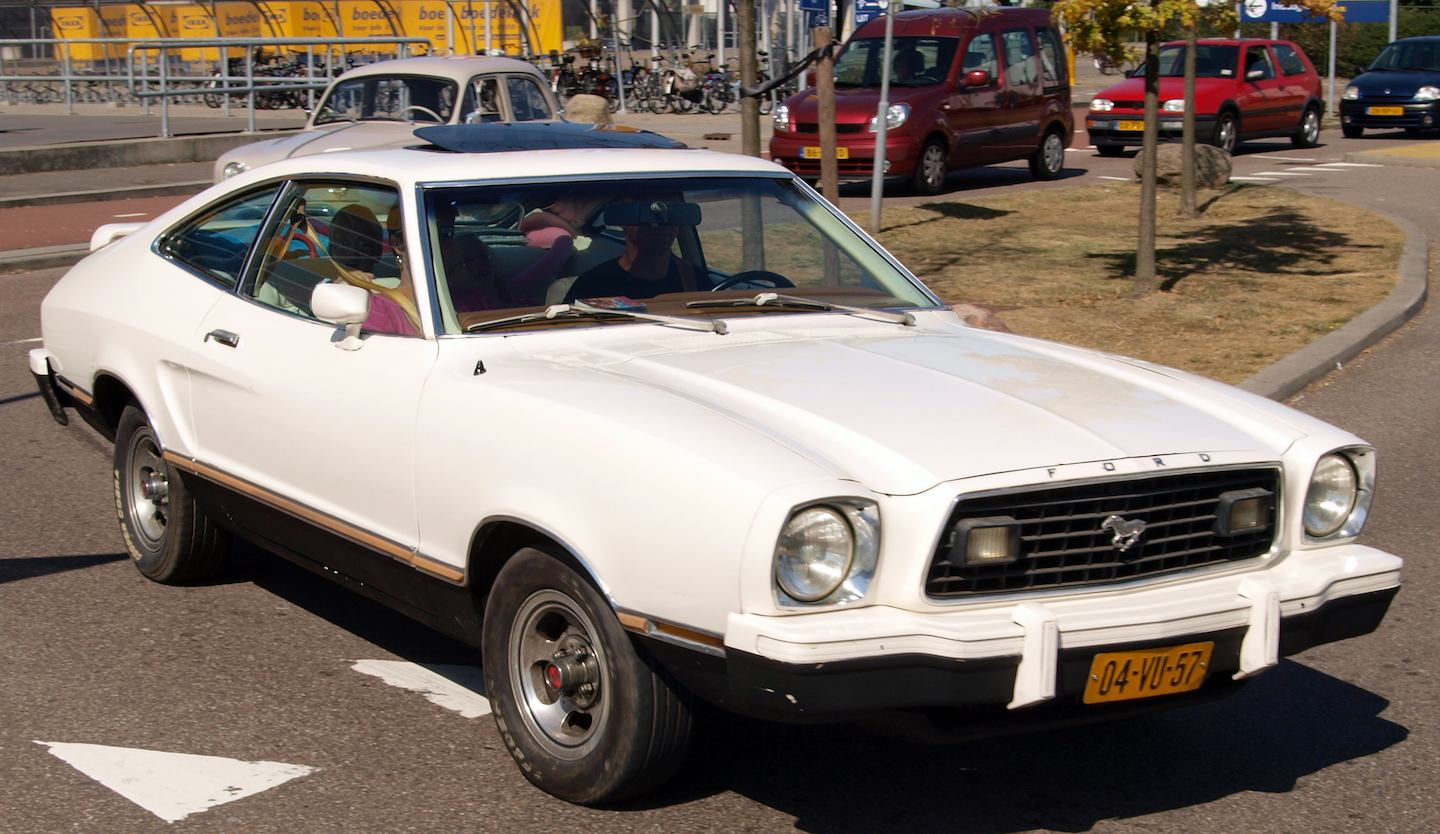 In the '60s, the Ford Mustang became one of the most iconic names in American automotive history and defined an entirely new segment of cars with the pony-car platform. By the mid-'70s, though, Mustangs were heavy, underpowered, and dated. Enter the downsized Mustang II! Introduced in '73, the Mustang II stole styling cues from the '65 'Stang, while sharing most mechanicals with the Pinto. The sharp-looking little car was available with a four-cylinder, German-made V6 or 302 V8, and the four put out a measly 88 hp, with the V6 at an underwhelming 105 hp.

A few years into the run, you could get a “Mach I" or “King Cobra" Mustang II with outlandish graphics, a silly ground-effects package, and a 302 that put out a whopping 130-ish hp. Soon, Mustang IIs rusted and generally started to fall apart—although today they're rather desirable (if you can find one) for the front end and rack-and-pinion steering, as many hot rodders have adapted the Mustang II front end and subframe to other vehicles. 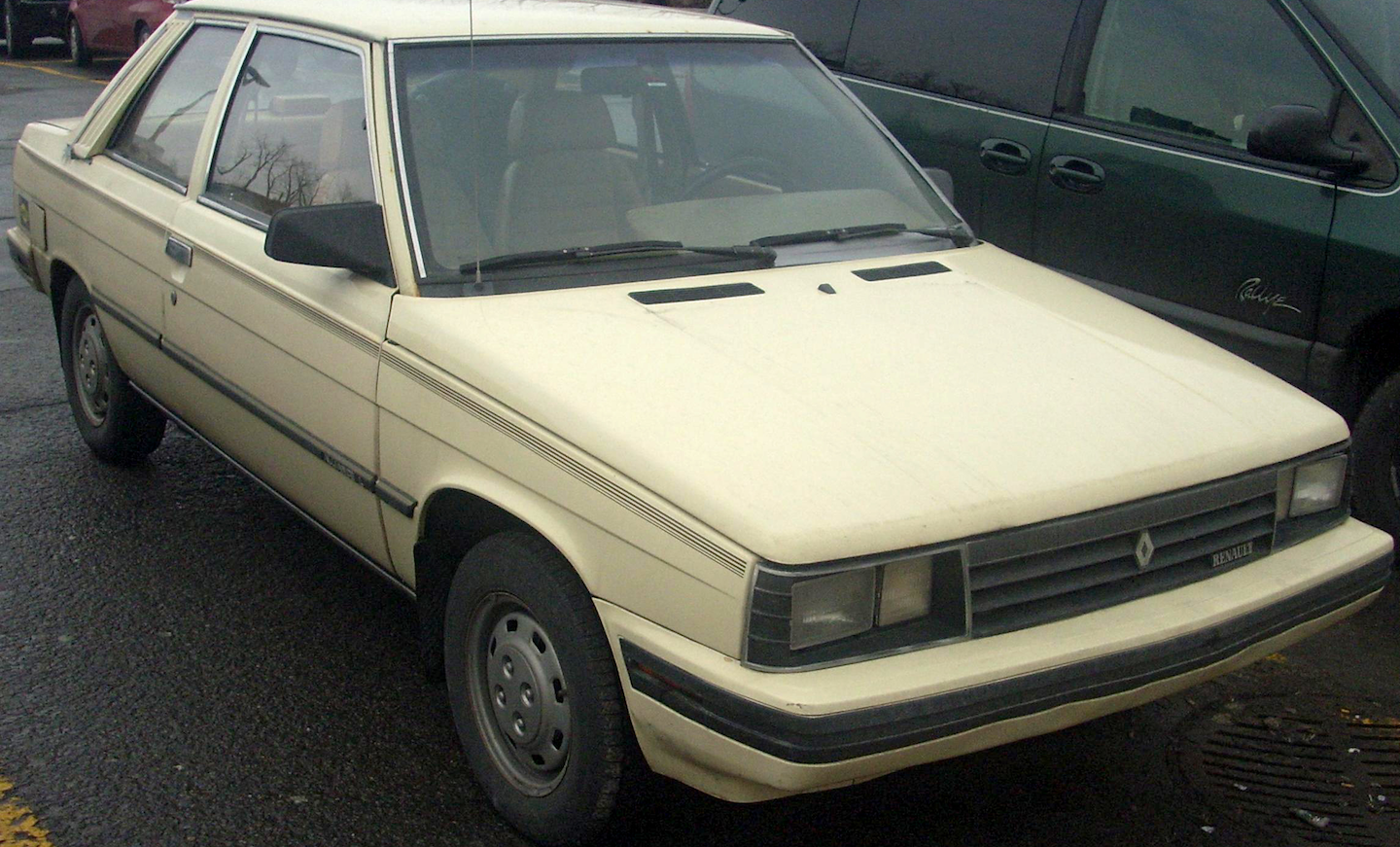 By the early '80s, AMC was in its death throes; banks refused to extend any more credit for product development, AMC execs decided their best bet was to cast their fortunes in with Renault. Soon, the Renault Alliance was being knocked together at AMC's Kenosha plant. The itty-bitty sedan was capable of 37 mpg around town and could reach over 50 mpg on the highway, but the 64-hp four cylinder got it up to 60 mph in a lazy 14.3 seconds.

While the Alliance may have been thrifty to drive and comfortable, it also had sheet metal that was barely a heavier gauge than a beer can and began to rust almost immediately. It also had transmission problems, cooling problems, electrical problems, and about every other problem you can imagine. By '87, AMC was absorbed by Chrysler, and the Alliance was put out to pasture for good. 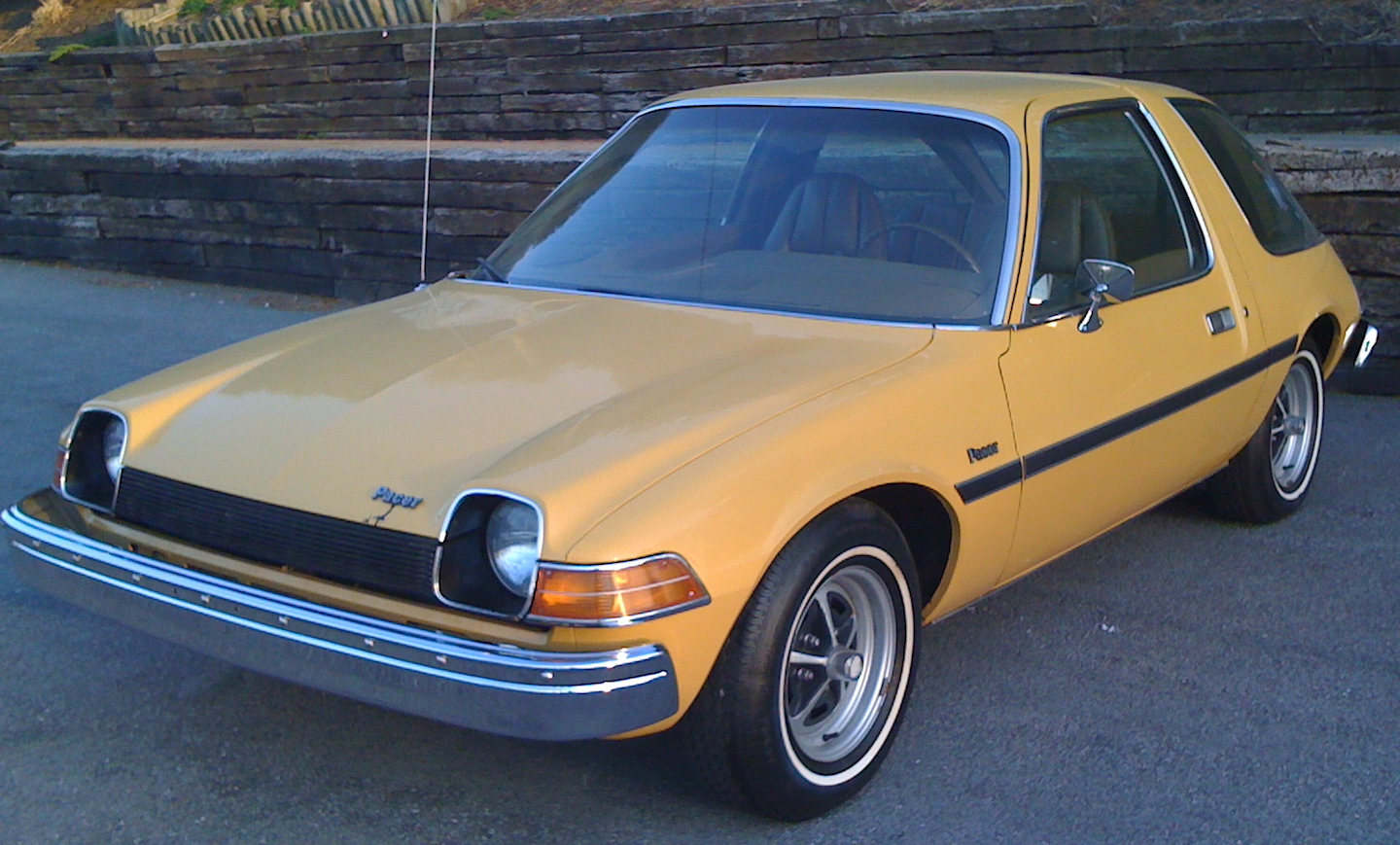 While the Pacer may make most worst-car lists, it's also one of the most unusual cars of the 70s. The weird, bulbous styling meant more elbow room and headroom than most small cars of the time, as well as a drag coefficient of 0.43, a fairly low number for the time. The front suspension and crossmembers were mounted with heavy rubber bushings, isolating engine and suspension noises and vibrations, and even the interior was designed for easy service, with a minimum of screws and connectors holding the dash and bezels in place.

Originally, the Pacer's design was based around a Wankel rotary engine. The Wankel was supposed to come from Curtiss-Wright, and later from GM. Unfortunately for AMC, GM pulled the plug on the rotary engine due to durability, oil consumption, and fuel-economy issues, leaving AMC to shoehorn its monstrous 258 ci six-cylinder into the Pacer's engine bay. In the end, the Pacer weighed over 3,200 pounds and could only eke out 23 mpg on the highway, on a good day. The giant expanse of glass cooked occupants and overworked the AC system; the huge, heavy doors sagged on their hinges; and Pacer owners soon found pieces falling off their cars or breaking off in their hands. Pacers sold like crazy for their first two model years ('75 and '76), but after that, everyone who was going to buy a Pacer already had bought one.

Development for the Vega actually started in 1968, but when introduced in 1970, it was intended to be a world-beater that could go up against the early generation of Japanese imports. With wagon, hatchback, and Kammback body styles, the Vega had a family resemblance to the Camaro's clean lines and was powered by an all-new aluminum-block four-cylinder engine. Weight distribution was good, and with coil springs all around and a four-link rear suspension, handling was above-average for the time.

Unfortunately, Fisher Body's rustproofing left gaps that allowed moisture and debris to eat away at the sheet metal, and early models didn't even feature front fender liners. Rust would seize the front suspension's cam bolts, making alignments impossible. The engines overheated, throttles would stick wide open, poor valve-stem seals would cause oil consumption, and the aluminum blocks would wear prematurely, causing the Vega to use unacceptable amounts of oil by only 50,000 miles or so. After many, many safety and quality recalls, the Vega was put out of its misery by 1977.

Some Vegas still live on with hot-rodders, as they became a popular recipient for small-block V8s; many of them ended up with cracked glass or sprung doors as the torque of a V8 twisted the Vega's flimsy frame out of square. 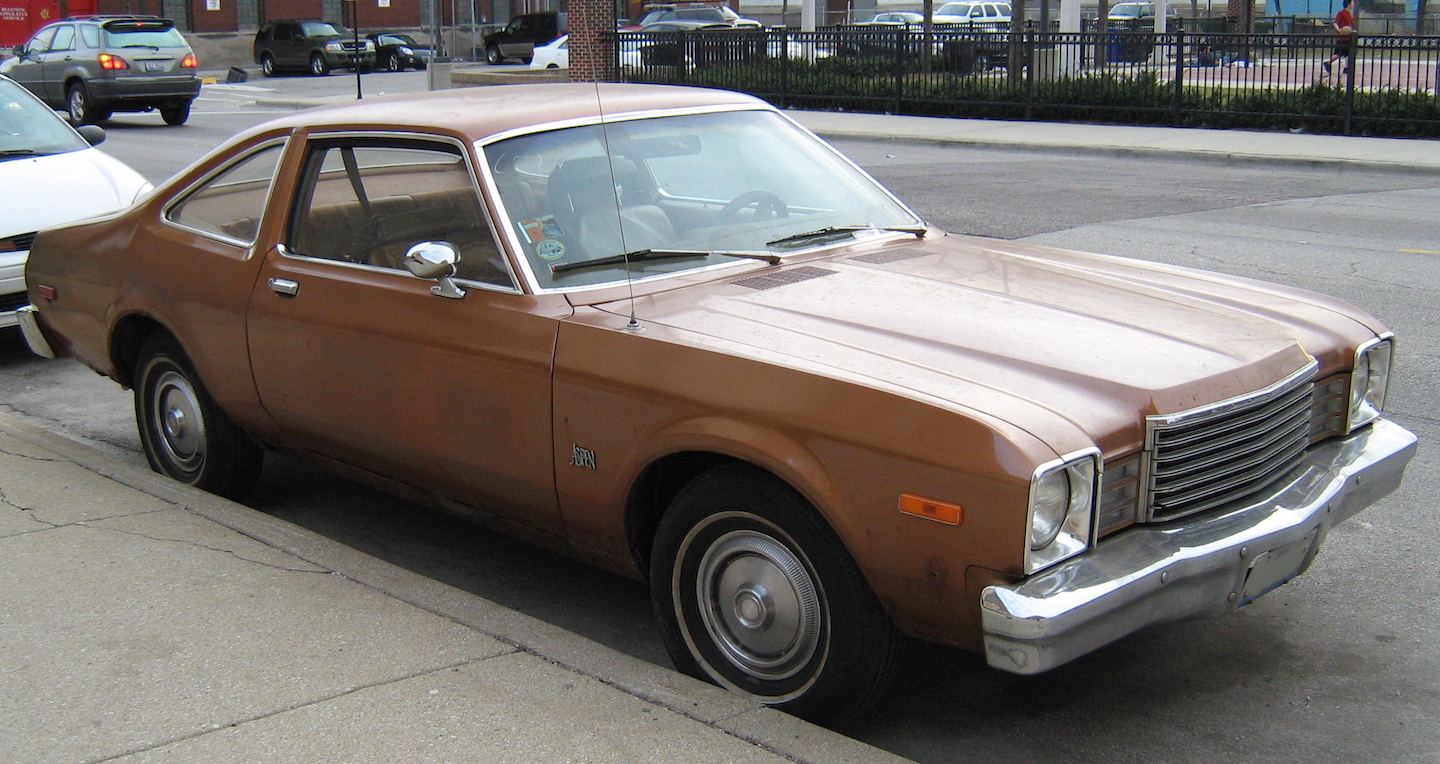 Short on money and ideas, Dodge rehashed the ancient Dart platform, put some new skin on it, and called it the Volare in 1976. This stodgy, vanilla car was available with the ancient Slant Six or 318 V8. While the car itself wasn't terrible, it soon got a reputation for rust. Some Aspens rusted by the time they made it from staging areas to dealerships, thanks to a design flaw, and they suffered from the same body integrity, electrical, and build-quality problems as other Chrysler products from the time. Some Aspens reportedly sported an “Aspen" badge on one fender and “Volare" on the other, thanks to indifferent line workers. Today, they're somewhat collectible, especially the 360-powered Road Runner versions. 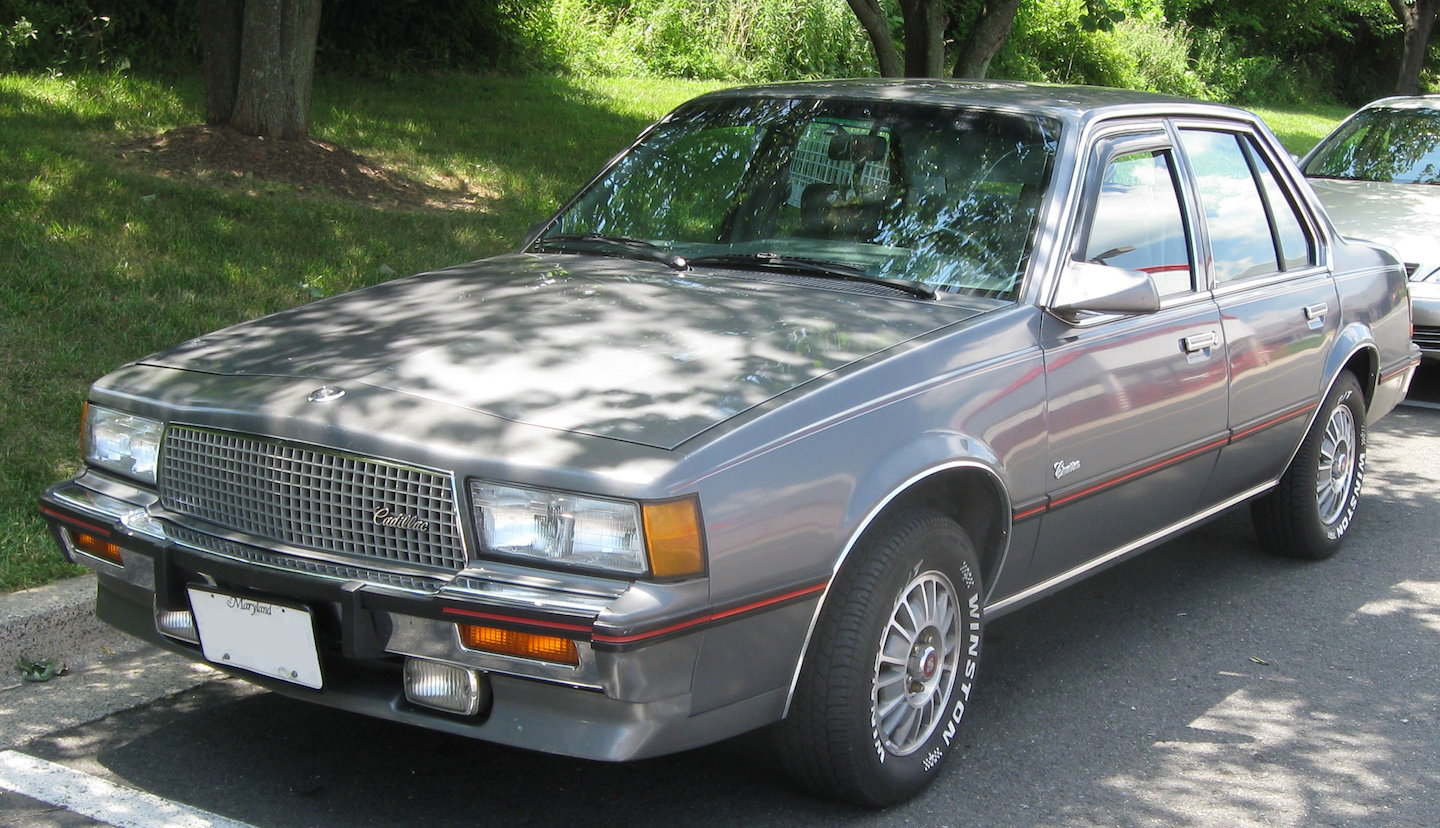 This one's a “what the hell were they thinking" car for sure. In '82, Cadillac set its sights on European luxury brands like BMW and Audi, and with government fuel economy requirements in mind, as well, it badge-engineered the Chevy Cavalier compact into a Cadillac of sorts. The Cimarron certainly tried to be upscale, with standard equipment like leather seats, an entire power-accessory package, alloy wheels, and other niceties. Unfortunately, it was perceived by just about everyone to be a rather nasty and tacky, tarted-up version of the Cavalier, with a wimpy four-cylinder and four-speed manual transmission and a price point several thousand dollars above its Chevy sibling.

Build quality was awful, with power accessories that might or might not work; rattles; poor fit and finish; and generally slapdash workmanship. Some younger buyers opted for the Cimarron, but most saw it as an insult to the Cadillac name and stayed away. A Cadillac product director once even had a framed photo of the Cimarron on his wall, with a caption reading “Lest We Forget." 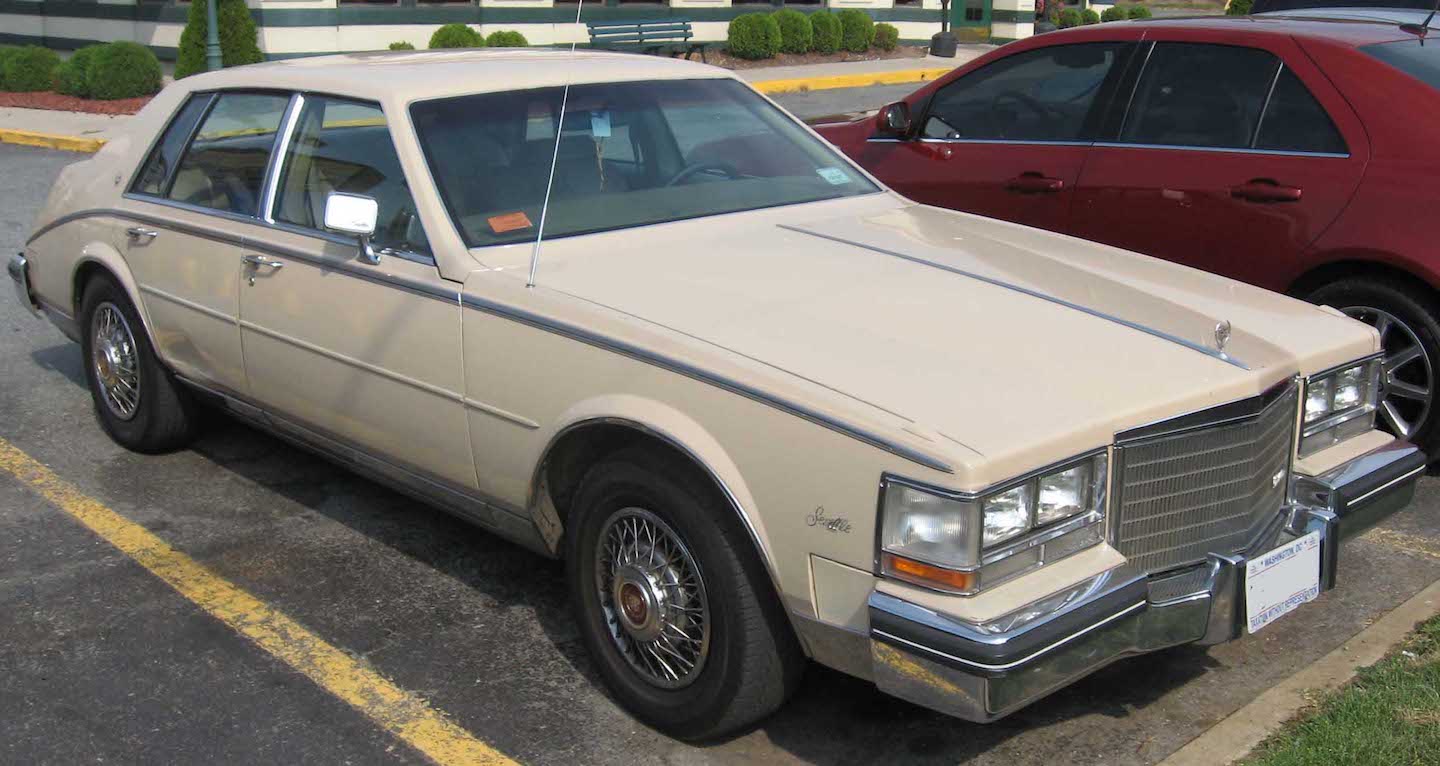 Sure, it seemed like a great idea. It was the early '80s, GM was struggling to meet fuel economy standards, and putting diesel V8s into full-size cars seemed like a real innovation. After all, you could squeeze almost 30 mpg out of a Buick Electra that way. Problem is, rather than starting out with an entirely new engine from the ground up (or sourcing a diesel from GM Truck or Cummins or Allison), designers retooled Oldsmobile's Rocket 350 into a diesel. The result: a 1981 Cadillac Seville that groaned its way to 60 mph in a stately 16.9 seconds.

That isn't the worst part, though—as you know, diesels rely on compression for power, rather than spark, and GM designed the 350 diesel with much higher compression, but with the same head bolts as the gas engine, instead of extra-strength bolts. With no water separator in the diesel's fuel system, water made its way into the combustion chambers, resulting in rust.

The poorly designed head bolts led to failed head gaskets, with coolant entering combustion chambers and (since coolant doesn't compress) bending or breaking important parts like connecting rods. GM then advised drivers to disperse water in the fuel system with alcohol, which damaged a fuel injection governor ring and threw off the engine's timing. With nonexistent training for shop techs, the cars would then be repaired with the exact same parts, and, well, you get the picture.

So after all this—do you still think a 2017 model American car isn't better than some of these notorious piles of junk from the 70s and 80s? If we haven't convinced you, we want to hear your argument in the comments!

Top Diesel Trucks and SUVs for 2021