Your Car's Suspension: What You Should Know

Automotive suspensions can vary a lot in design and function, between FWD or RWD sedans, trucks, SUVs, minivans and other vehicles. They're all complex systems that work together to provide control, road manners, predictable handling and good ride quality.

Like everything else, though, suspension components wear out with time. Elastic and rubberized parts dry out, shrink and loosen up, metal parts will fatigue, and normal wear and tear start to take their toll on road manners. If neglected too long, the situation can go beyond squirrelly and can compromise handling to the point of becoming downright dangerous.

Here are some pretty common problems and what they might point to:

Strong Pull to One Side On a Straight Road

This one is pretty common, and people do tend to harbor some misconceptions about what can cause a pull to one side. Even a tire that's six or eight pounds low on air pressure can be enough to cause a vehicle to pull. By the same token, tires that have gone too long without being rotated can cause poor road manners or a noticeable pull to one side. Often, though, a pull is due to poor wheel alignment. 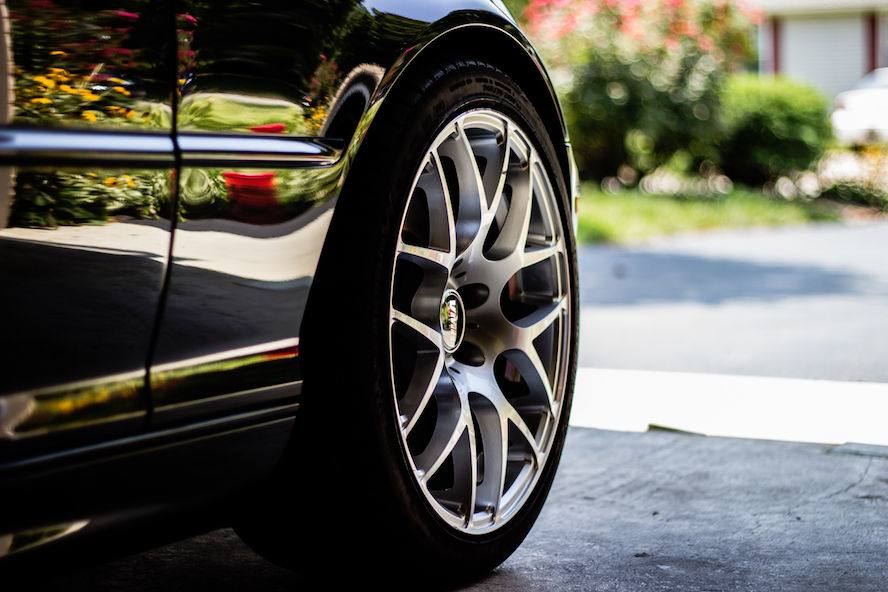 Your front wheels have specs on certain angles for roadholding and straight-line performance. The angles are:

There are other angles, such as scrub angle and steering axis inclination, which are not adjustable but are diagnostic measurements. All these angles have an effect on straight-line roadholding, cornering and steering wheel return after rounding a corner.

Having to struggle to keep a vehicle pointed in a straight line is more than just annoying and exhausting. A poorly-aligned front end will wear tires prematurely, either at the outside or inside edge due to problems with toe angle or camber. Consider this; if your alignment angles were off by no more than 1/8 of an inch and you let go of the wheel on a straight road, your car would end up somewhere 28 feet off the road by the end of a mile!

That having been said, remember that it's always smart to start off with the simplest problems when troubleshooting. Check tire inflation on all four tires, with the tires warm. Don't rely on the Max Pressure stamp that's molded into the tire sidewall. Instead, consult the decal on your car's door frame for inflation recommendations. If you still notice a pull to one side on straight, uncrowned pavement, have a tech inspect your undercarriage as well as having the alignment performed. A really clapped-out front end with worn bushings, idler arm and other parts might need repair before it can stay within alignment spec.

This is another common problem, and it can be tough to diagnose. A shimmy or vibration at certain speed ranges or one that gets worse as you pick up speed can be due to a tire balance issue, a damaged or failing tire or what's known as "road force variation," which requires a special wheel balance procedure. 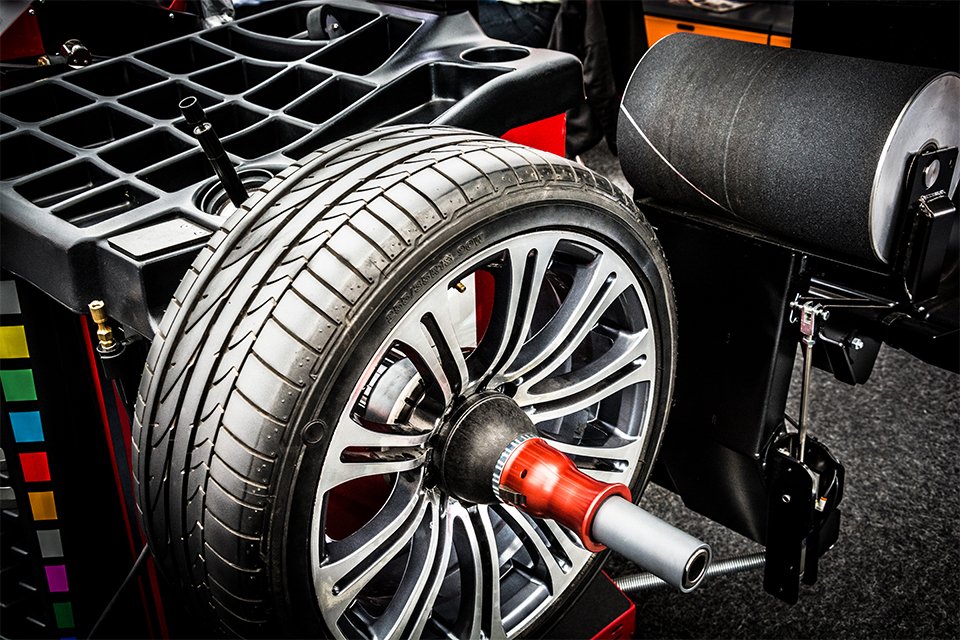 A shimmy while braking is easy to pin down, at least — it's about always due to a brake system problem. Know how to inspect your brakes and know the other signs of brake wear — if the friction material on disc brake pads is worn to 3 mm thickness or less, it's time to replace.

Once the tire balance and brakes are ruled out, though, it can get dicey. Your suspension consists of dozens of parts that all need to work together, and a problem with one worn part can result in vibration that's picked up through the rest of the system. Upper or lower ball joints, idler arm, bushings and tie rod ends can all contribute to a vibration problem.

Even worn shocks can make a difference. A sure sign of worn shock absorbers is a "cupped" wear pattern on the tires' tread face, as the tires are allowed to bounce up and down on the highway. Replacing the tires might quiet down the shimmy, but that won't make the problem go away until you replace the shocks as well. Certain makes/models are prone to this issue as well; Jeeps are notorious for their "death wobble" caused by loose steering and suspension components, and some Volvo models can shimmy and vibrate due to worn track bar bushings.

Again, remember to start with the simplest stuff first. If you notice a vibration, inspect your tires for damage or other problems, and start by having wheel balance checked. It's affordable and simple, and if you take the car to a tech they're going to start with that anyway, especially if no other problems are obvious.

No, that's not the name of a lame 60s folk trio. Clunks, pops and squeaks from the front end are often caused by worn ball joints. The ball joint is what connects the steering knuckle to the suspension control arms. It's designed like a ball-and-socket joint (like the human hip or shoulder) and allows the suspension to move back-and-forth as well as vertically as you negotiate a turn. 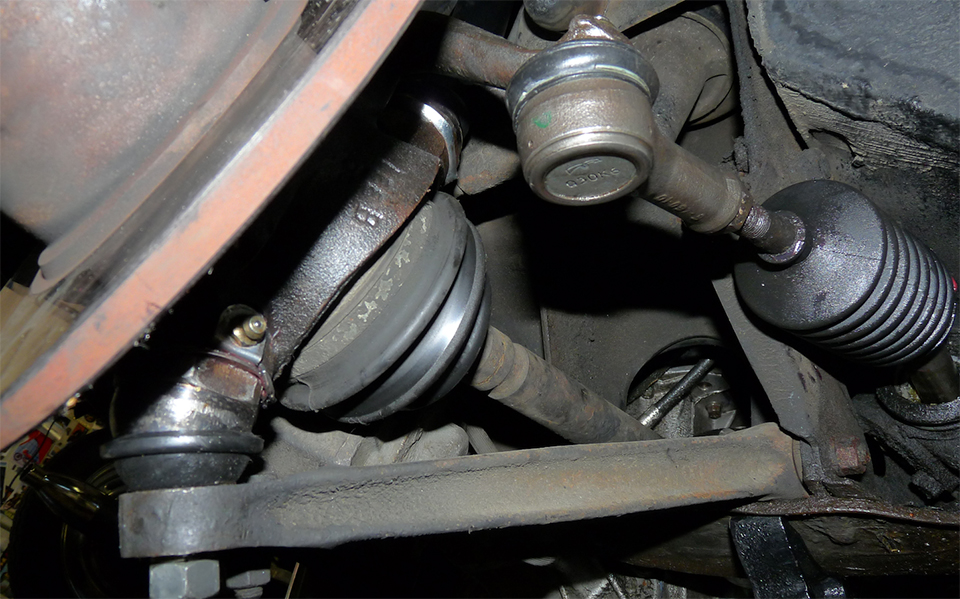 Older ball joints were designed to be greased and maintained, but many newer vehicles have sealed upper and lower ball joints. Signs of a failing ball joint can also include vibration and uneven tire wear. Ball joints that are on the verge of failure can result in a vehicle that randomly, unpredictably pulls to one side or the other without warning. A failed ball joint will result in your vehicle dropping to the pavement on that corner; not only is there nothing to support your front end, but your steering wheel will have no control over that wheel's direction. This is bad.

Replacing ball joints is a fairly straightforward job on many vehicles. Steps will vary, but for a general idea of what's involved, see how it's done on a Ford F-150.

Uncontrolled Bounce After Hitting a Bump

This one's pretty easy. If your vehicle is strongly nose-diving when you brake, rolling and leaning in a turn or bouncing when you go over a bump, chances are the shocks are worn. Springs are designed to cushion a car's ride and insulate the passenger compartment from road irregularities. Shock absorbers dampen the vertical motion from the springs and control the amount of bounce.

If you're suspecting the shock absorbers, just press down on a fender or bumper a few times. If the car bounces more than twice, your shocks are definitely weak. Worn shock absorbers will also leak oil from around their tubes. If you're considering replacing shocks or struts on your own, there are a few things you should know before starting. Then be sure to check out our detailed guides to replacing shocks and struts, and also consult the repair manual for your vehicle as exact steps can vary.

Learn more about the differences between shocks and struts and how they work from YouTube channel Gears and Gasoline.

Excessive Play and Slop in Steering

Again, this one can be pretty hard to conclusively diagnose without getting the car on a rack and checking. Slop in steering and roadholding can be due to a worn steering box or steering rack (in rack & pinion setups), or can be chalked up to a worn idler arm, tie rod ends, drag link or Pitman arm. Chances are if a vehicle has well over 100k miles on it and is showing signs of loosey-goosey steering, there's a good chance other suspension and steering components are going to be worn other than the steering box. If that's the case, your best move is to visit a professional for a complete checkup and diagnosis.

Your vehicle is made up of over 30,000 parts, all of which have to work as a system. One thing to remember in any diagnosis or troubleshooting is to start with the simplest stuff first — remember what we were saying about a pull to one side possibly being caused by nothing more than an underinflated tire?

You should also remember that driving habits have a big impact on your suspension. Taking speed bumps, potholes, railroad tracks and rough gravel roads at full speed isn't going to do your suspension parts any favors in the long run. You probably knew that, though!

What suspension issues have you come across? Let us know in the comments.