Your vehicle's gear ratio can determine its top speed, how quickly it can get to that top speed, and how hard it has to work doing so. Car manufacturers must walk a tightrope between absolute performance and absolute fuel economy when determining final drive gear ratios. Too much gear and some customers will complain that their vehicle doesn't get good enough economy, while others might complain that their vehicle is “gutless," with too little gear. 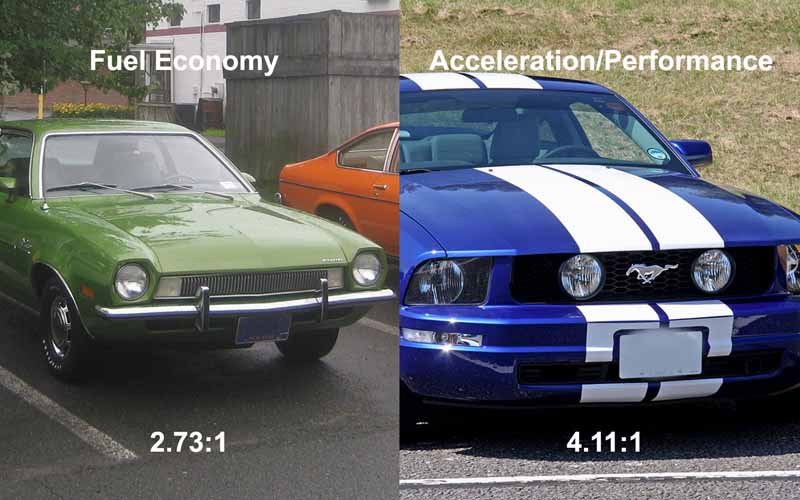 Transmissions and rear ends/differentials both have gear ratios. Transmissions use gear ratios to keep your engine within a safe and economical operating RPM range, while giving your vehicle the ability to accelerate to and maintain a safe speed across the ground. Without a transmission, once you reach your engine's redline, that would be it, no more acceleration; you top out speed-wise. Add another gear to your transmission and you can engage it and keep accelerating, or maintain your current speed at a lower and more efficient RPM.

Think of a bicycle with a derailleur and 10 or 12 or 18 speeds. You're going to use that lower gear to get going from a dead stop or to climb a hill, then you'll shift into a higher gear as you pick up speed. If you leave it in the lower gear, though, your legs will be working pretty hard (and inefficiently) but you won't build any speed. In this case, the bicycle's gears are both the transmission and the final drive ratio.

Different transmissions have different ratios according to how the manufacturer expects them to be used. For example, GM's popular 4L60e automatic transmission has a ratio of 3.06 in first, 1.62 in second, 1.0 in third, and .70 in fourth. Here's what those numbers mean:

The fourth gear ratio in the 4L60e allows us to cruise comfortably on the interstate at around 2500-3500 RPM instead of 4500-5500 RPM, saving gas and excess wear on the engine. Gear ratios are what engineers call “torque multipliers." Higher numbers give more torque more quickly to allow better acceleration.

Let's compare that to, say, an early 1960s Ford truck transmission, with fourth gear at a 1:1 ratio, third at 1.69:1, second at 3.09:1 and first at a very short 6.32:1. That first gear is commonly called "granny gear" because the truck wouldn't be able to move much faster than walking speed in that gear. Granny gear was common in trucks, though, for torque and pulling power.

Differential gear components and their interactions 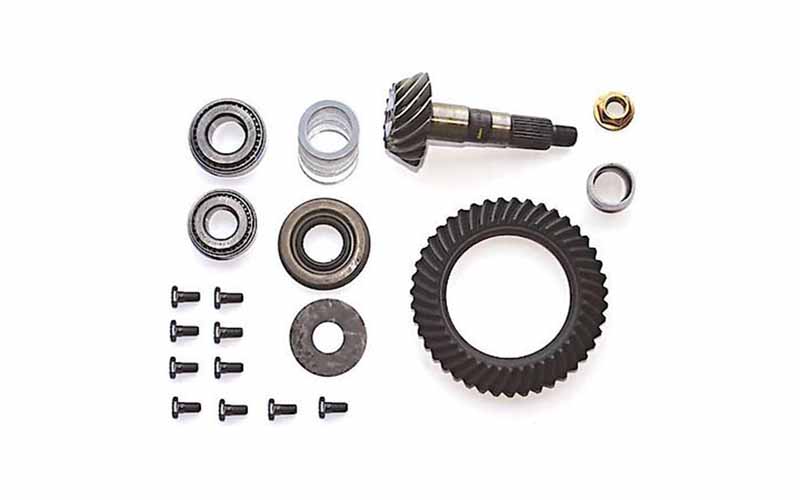 A differential (front- or rear-wheel drive) serves two purposes: to convert the engine's rotational energy (torque) from one axis (the driveshaft) to another (the rear wheels) and to multiply the engine's torque while reducing the rotational speed. Let's take a look at how this is accomplished. 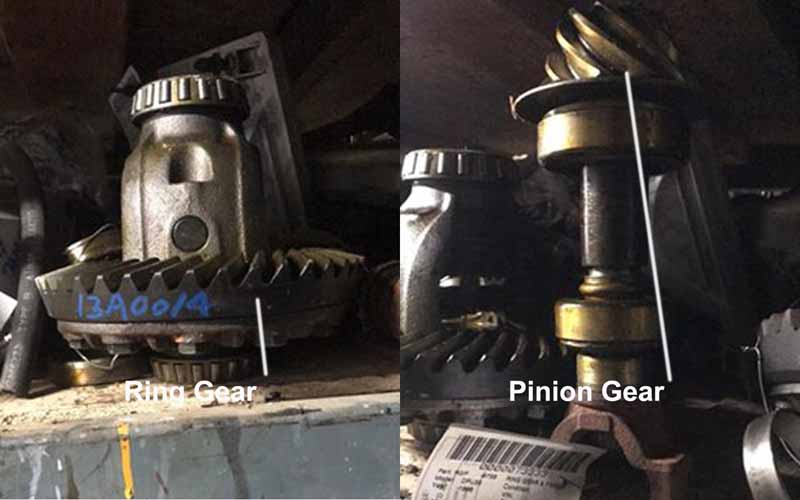 The engine and transmission turn the driveshaft which is connected to the input of the differential, known as the pinion gear. The pinion gear is installed at a 90 degree angle to the ring gear (also called a pumpkin gear), with the two gears meshed so the pinion drives the ring gear. It's this interaction that changes the torque from one axis of rotation to another. As the ring gear is turned by the pinion, it in turn rotates what is known as the carrier. The carrier is what actually turns the wheels, via a set of splined axles. 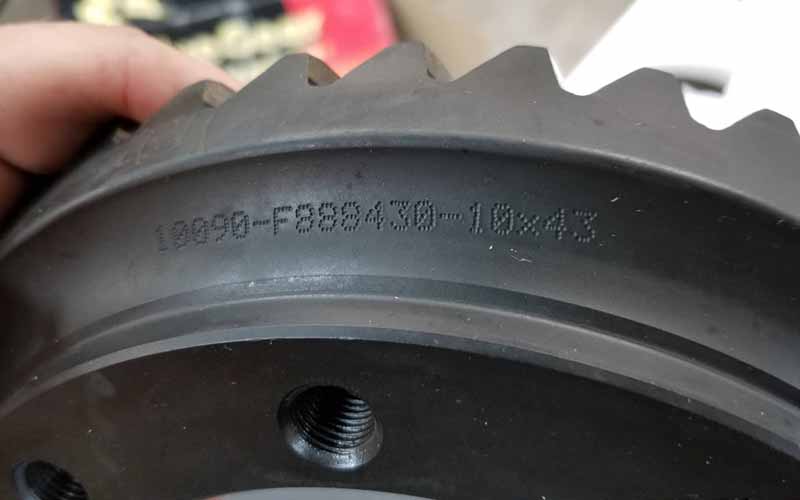 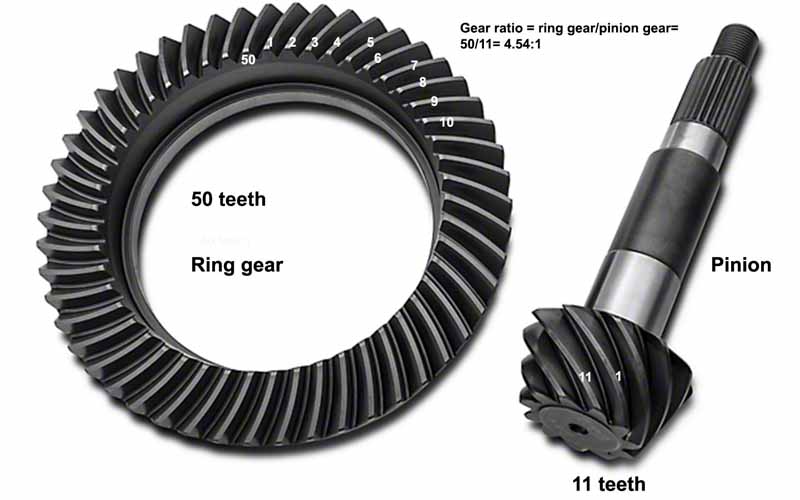 As much as the gear ratios in the transmission, this ratio determines whether your vehicle accelerates like greased lightning and gets horrible mileage while literally screaming down the highway, or gets up to cruising speed as quickly as Mr. Turtle but calmly cruises along at 65 MPH without breaking a sweat. 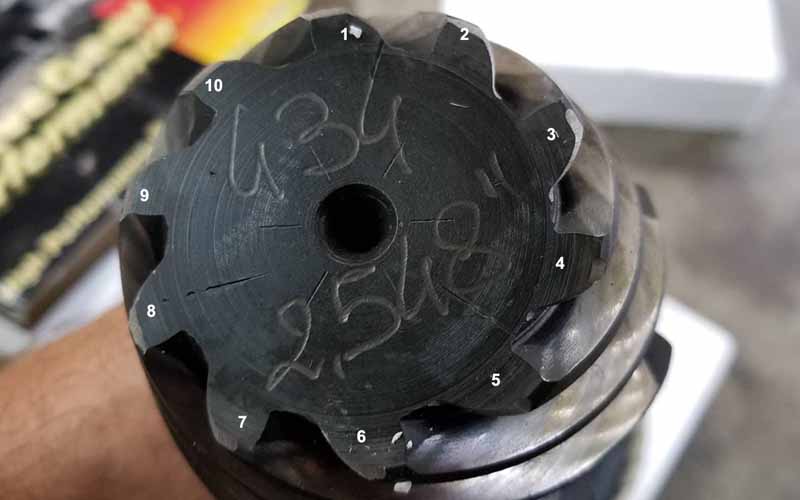 Why the difference? My car's engine puts out 400 horsepower and develops 395 pound-feet of torque. I should be able to cruise along on the freeway at 2500-3000 RPM, shouldn't I? That depends on the ratio in the differential. Unless you're driving around in a COPO Camaro or a Dodge Demon SRT or Challenger R/T Scat Pack, your car's differential came with a gear ratio that was a compromise.

Tall gear? Short gear? What do they mean? 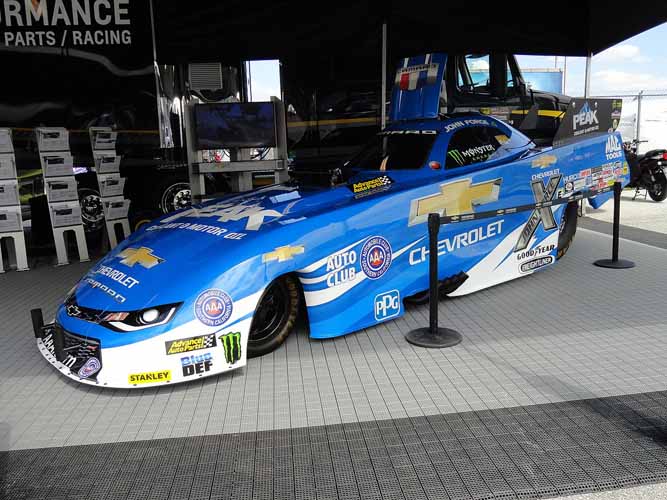 These terms are quite misleading. A “short gear" is one that gives you excellent acceleration at the cost of cruising speed and efficiency, while a “tall gear" gives you a better cruising speed and fuel economy. This sounds counterintuitive, so let's see what it means.

The Pinto pictured at the top is an economy car, while the Mustang is a performance/muscle car. The “tall" 2.73 gears the Pinto came with allow it to run on the freeway at an economical speed. The “mid-range" 4.11 gears the Mustang is equipped with give it decent acceleration as well as decent economy. Someone racing in the NHRA's amateur ranks might have a rear end with a “short" 5.36:1 ratio to get as much torque multiplication and acceleration as possible as quickly as possible. The Comp Eliminator dragster shown might have as short a ratio as 5:1 for that optimal launch.

What this all boils down to... 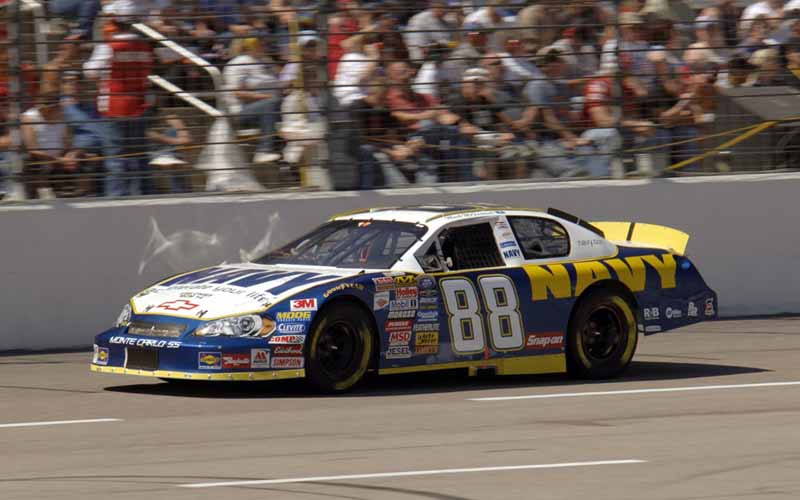 Let's use a little math to better illustrate this. We've got a differential gear ratio of 4.11:1 in our autocross racer. The driveshaft has to turn through 4.11 revolutions in order to turn the wheels through a single revolution. In order for a NASCAR car to go 180 MPH, the tires have to rotate at 2180 RPM. With a gear ratio of 4.11, the driveshaft must turn 8,959 times (4.11 X 2180) per minute to maintain that speed. If we drop the gear ratio to 3:1, however, the driveshaft only has to spin at 6150RPM. So instead of having to keep the engine straining at almost 9000 RPM throughout the race, the engine is allowed to operate at a lower and more efficient speed.