You don't see too many first-generation Ford Falcons still around. Introduced in the '61 model year, these vans were generally used by service companies, delivery services and primarily known as work vehicles. But then there's Larry Bisceglia's van, a Falcon known for something much different – a van with a story behind it. 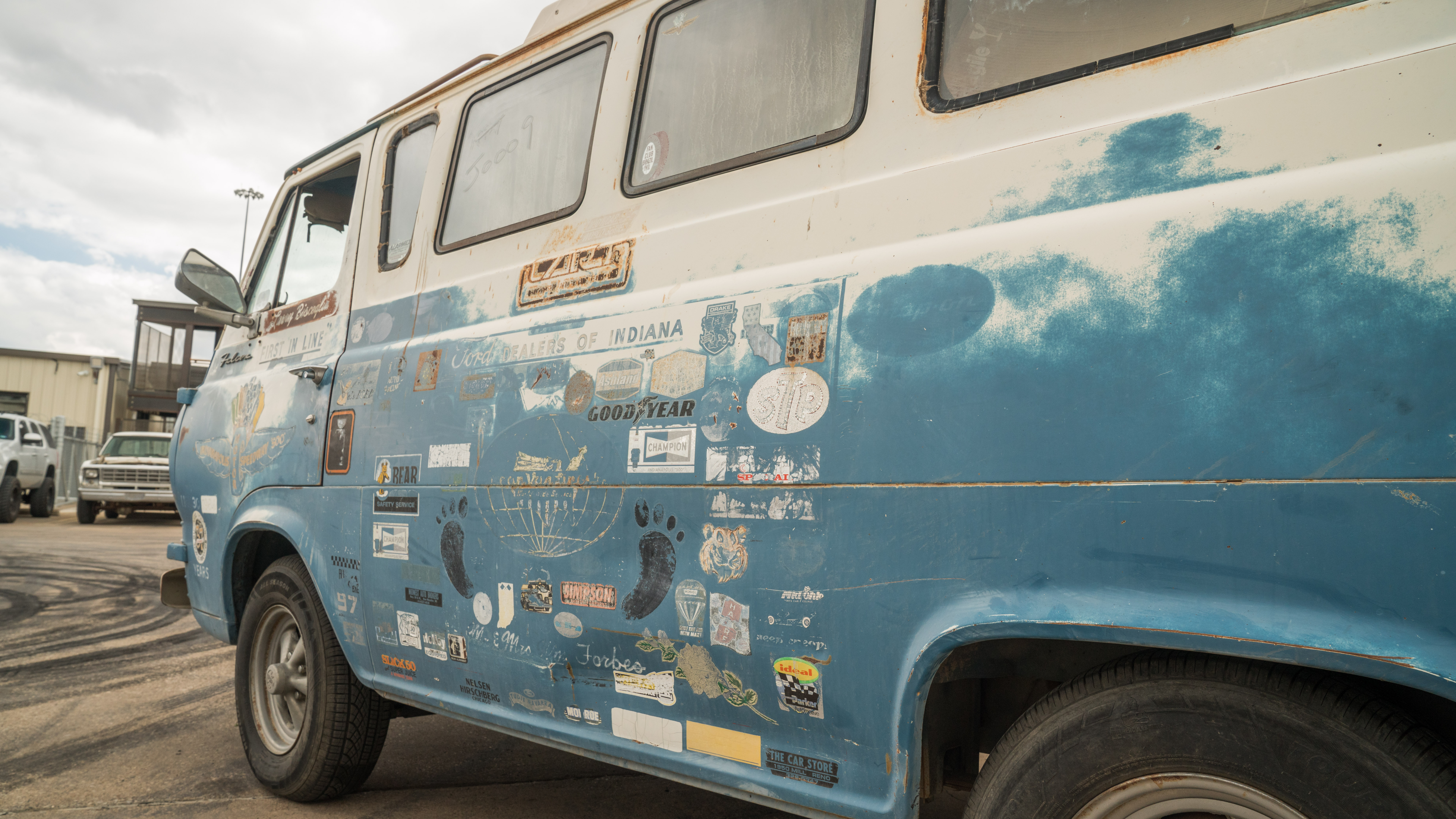 For 37 years, Larry was the Indianapolis 500's unofficial starter – and the first fan in line for all that time. Larry's first Indianapolis 500 was all the way back in 1926, and in '48 he decided to get to the race first. He rolled up in a '33 DeSoto, but found himself third in line at the gate. Year after year, he kept trying and was finally the first to arrive in 1950 and every year after that.

By 1958, Larry (now rolling in a '51 Chevy panel van) was awarded a lifetime pass to the race, along with a working key to the Speedway's front gate and his own personal electrical outlet in the infield. In '67, he was presented with a brand-new Falcon, courtesy of Ford, at the race's starting line, and that's the van you see here.

“Mr. First-In-Line" even rode in his own convertible in the pre-race parade a few times and Indianapolis established a “Larry Bisceglia" day in the 1960s. In 1987, when Larry was elderly and in failing health, Mario Andretti and other drivers chipped in to get him to the race so he wouldn't have to break his streak.

Larry's been gone for about 30 years, but his original Falcon is still rolling (albeit in rough and weathered shape), still complete with its dozens of souvenir stickers, Cragar S/S wheels and pop-up camper. 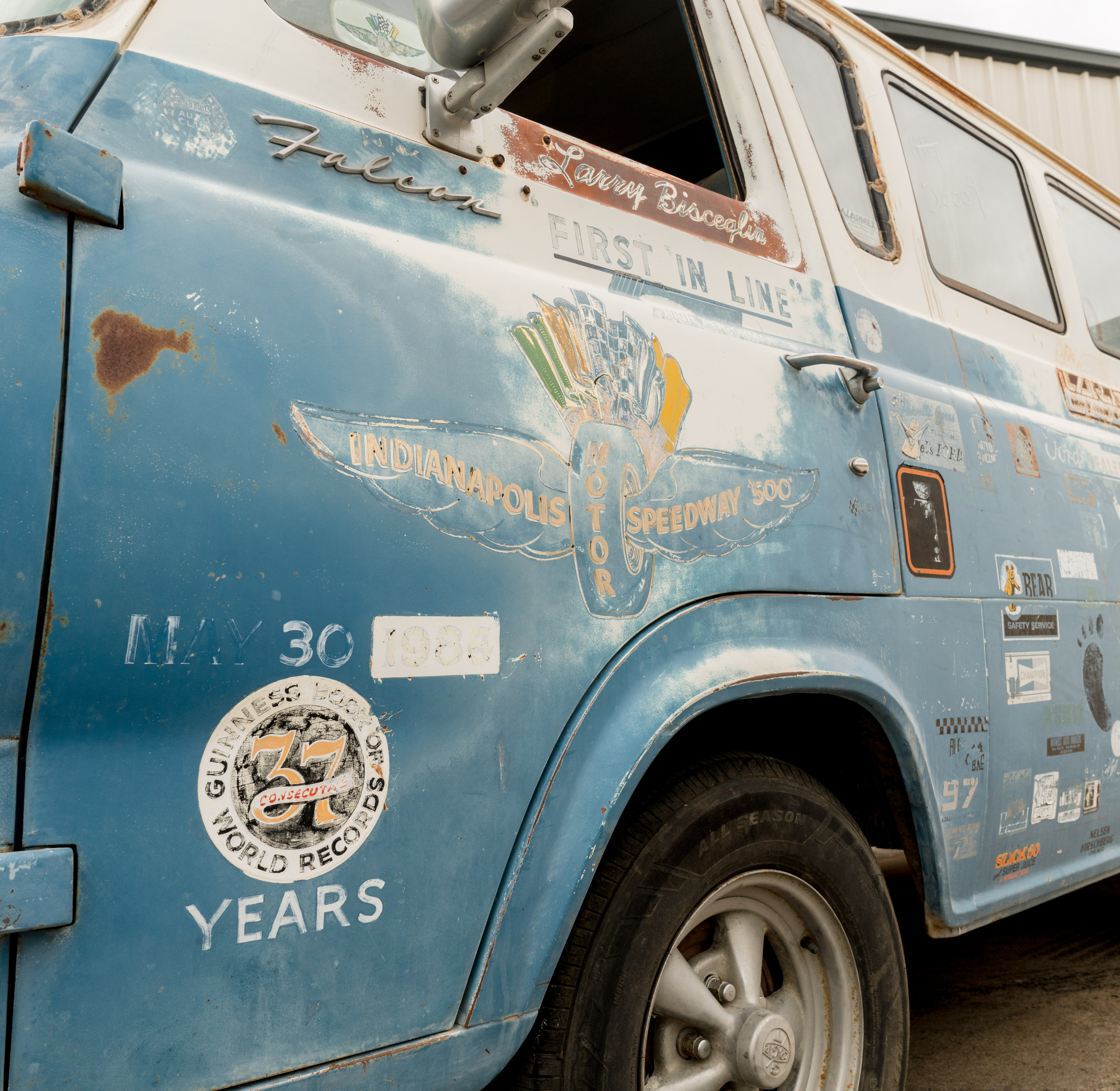 After a going-over from the Gas Monkey Garage guys of Discovery Channel's Fast 'n Loud series, Larry Bisceglia's '67 Falcon van will take its final place beside his old Chevrolet panel van at the Indianapolis Motor Speedway museum. The van will be donated to the Indy Museum on Saturday, May 26th 2018. This rich piece of history will remain forever first at its new home.

How cool is that?