A few years ago, when visiting my parents in a small town in the North County San Diego area, my dad introduced me to Don Irvin, his neighbor across the street. My dad, having been a Chevron dealer for 35 years, thought that Don's collection of Texaco Oil Company memorabilia was noteworthy. Little did he know that Don is actually a National Hot Rod Association (NHRA) legend—a previous champion and the man behind all the yellow jackets you see at every NHRA drag racing event across the country. I spent some time with Don to learn about his career and the NHRA. 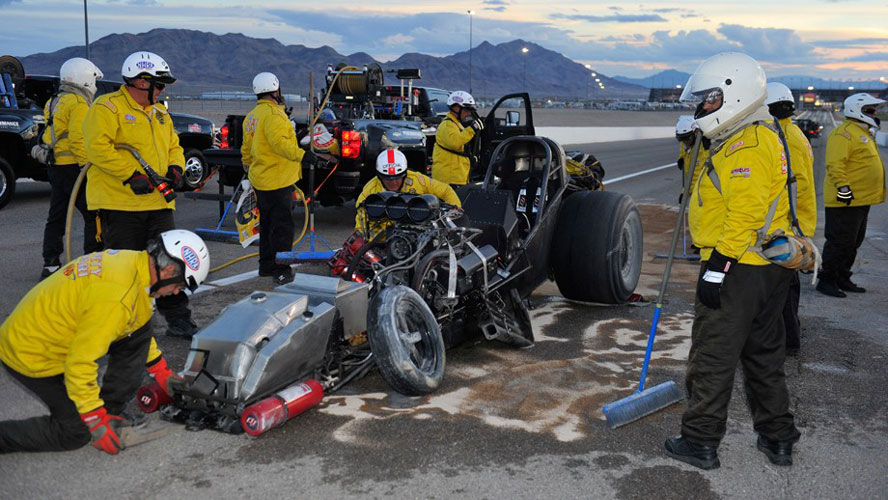 It's been said in auto-racing circles that two things followed quickly on the heels of the introduction of the "motorcar/horseless carriage" in America: accidents and racing.

In the 1920s and '30s, large dry lake beds were used for speed contest. Wally Parks was one of the drivers pushing the envelope on Muroc Dry Lake in Southern California in 1947, when he decided that racing needed to be organized, records needed to be kept, and winners needed to be recognized. Thus, he helped form the Southern California Timing Association (SCTA) and became its general manager. The first official SCTA drag-racing event was held at the (now) world-famous Bonneville Salt Flats using a stopwatch to time the racers.

Shortly after becoming the editor of Hot Rod Magazine, Parks used the horsepower that position gave him in the racing community to take drag racing nationwide and formed the NHRA in 1951. The NHRA's first major event was held at the Pomona Fairgrounds, now the site of the NHRA Winternats and the Autoclub of Southern California NHRA Finals. 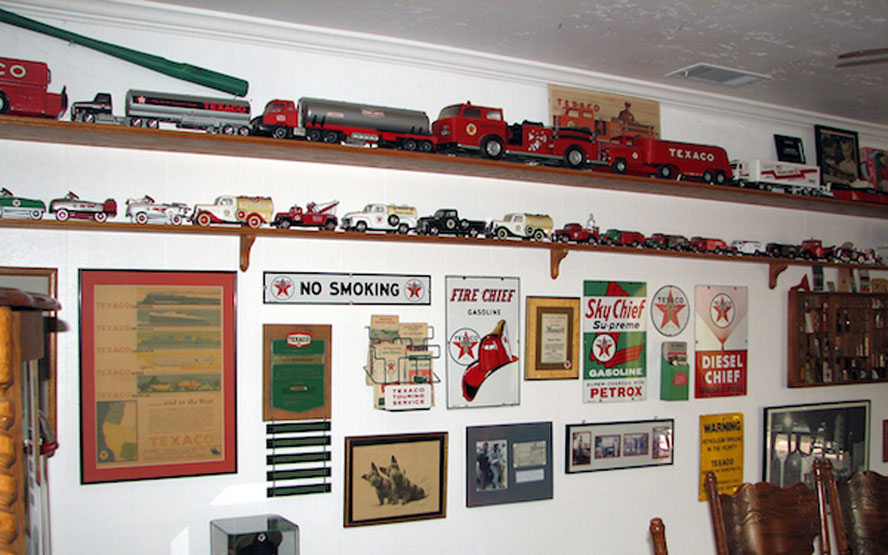 Walking through Don's garage-cum-Texaco museum, I found out that he had recently retired as the owner of a machine shop in the San Diego area. I also found out that he, like me, likes to go fast. I also found out that, unlike me (I tried but was never fast enough to finish in the money, let alone win a trophy), Don had put that love of going fast to the test drag racing in the early years of the NHRA and was quite successful at it. 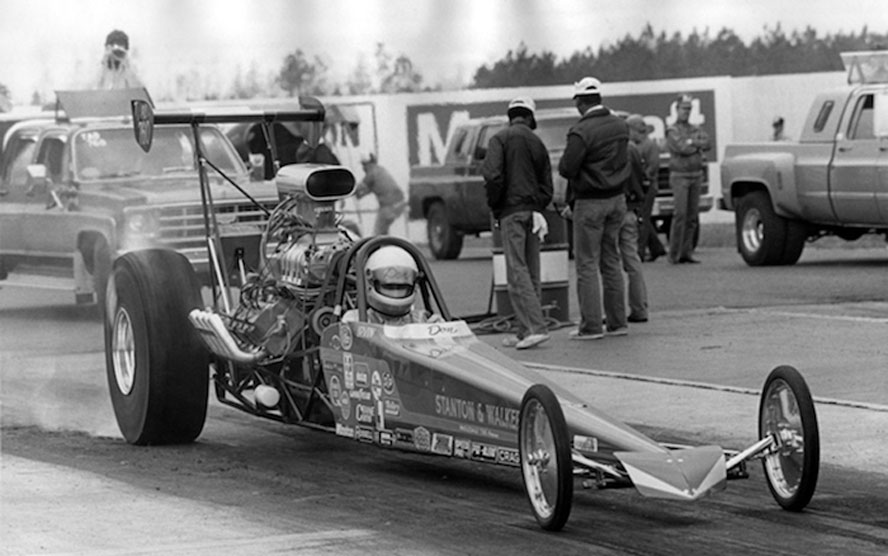 Don won several awards as he climbed the NHRA amateur ranks, including the Hot Rod Magazine Riverside Class Championship in 1963. He followed that with the California State Championship in 1973 and the Fuel and Gas Championship at Bakersfield in 1974. He was the 1985 Top Alcohol Dragster Champion after defeating Al DaPozzo in the Gatornationals that year. 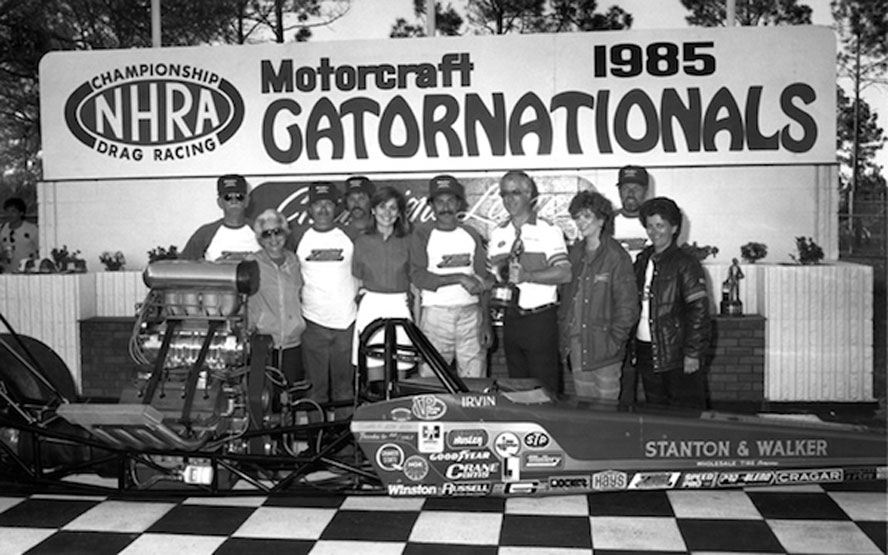 Why he started and why he stays involved

Don's old enough to have retired from two careers, which he did. But he can still be found at most NHRA events in the Southwest, and even a few farther away. I was curious about that. He's got lifetime achievement awards from racing groups already. So I asked him about what gave him the racing bug and what keeps its fire bright. 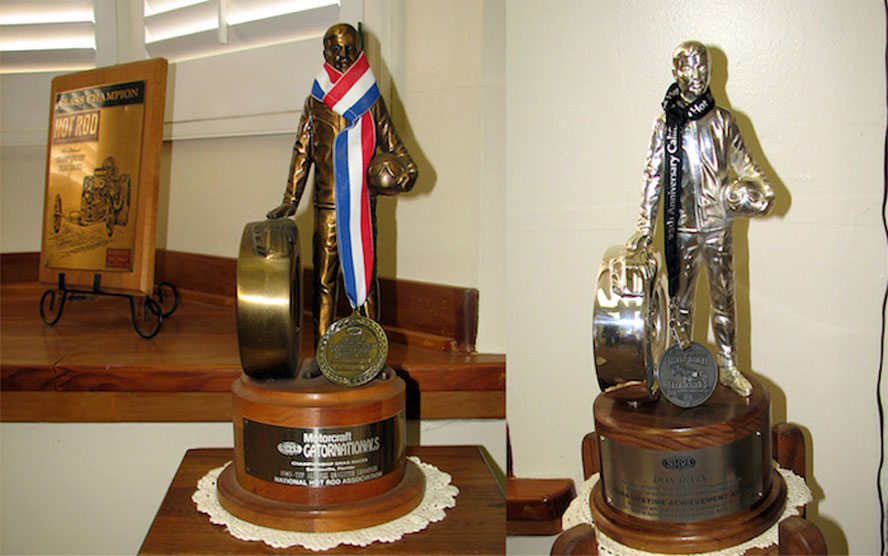 The answer: competitiveness. His competitive nature got him into it and keeps him going now, although he's semi-retired from his duties with the NHRA Safety Safari. Building a better engine in auto shop evolved into building a faster street racer and then into building and driving the faster drag racer.

Don told me that he never got into racing to get rich or become super-famous. He just wanted the recognition of his peers that comes with winning a national event. The '85 Gatornationals was that event, and the Wally that came with it was all the recognition he craved, so he retired from racing. 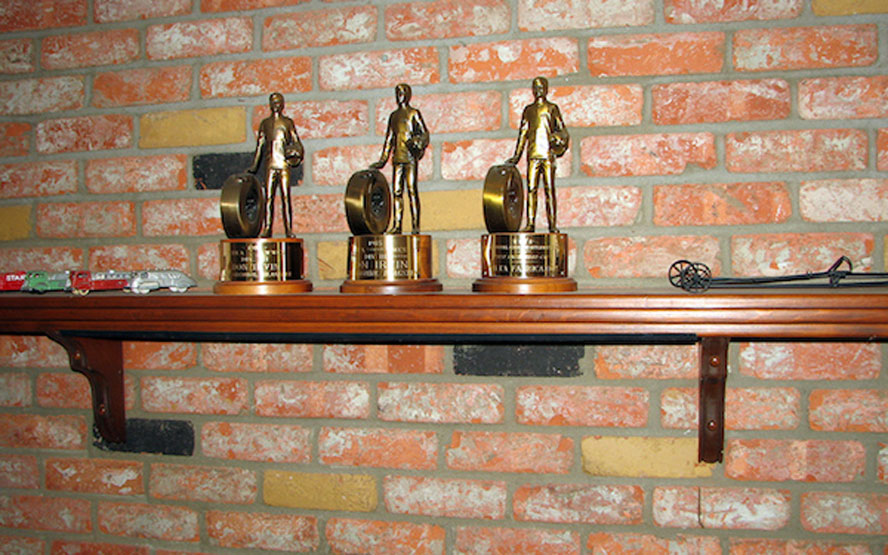 He then moved back to the San Diego area and opened a successful machine shop. NHRA founder Wally Parks and Sr. V.P. Steve Gibbs approached Irvin not long after his retirement as a driver and asked him to take control of race-weekend safety operations for them. Seeing this as a great way to satisfy his competitive drive, he accepted.

When Don's at an event, his word is final in all things safety. If Don thinks a team wants too many people at the start or finish than is safe, they don't get the people they want. Same thing if a track wants to let what Don thinks is too many people for the race to be safe. Don can also mandate that the bottom four rows of a grandstand remain empty because the track owners put them too close to the racing lanes. 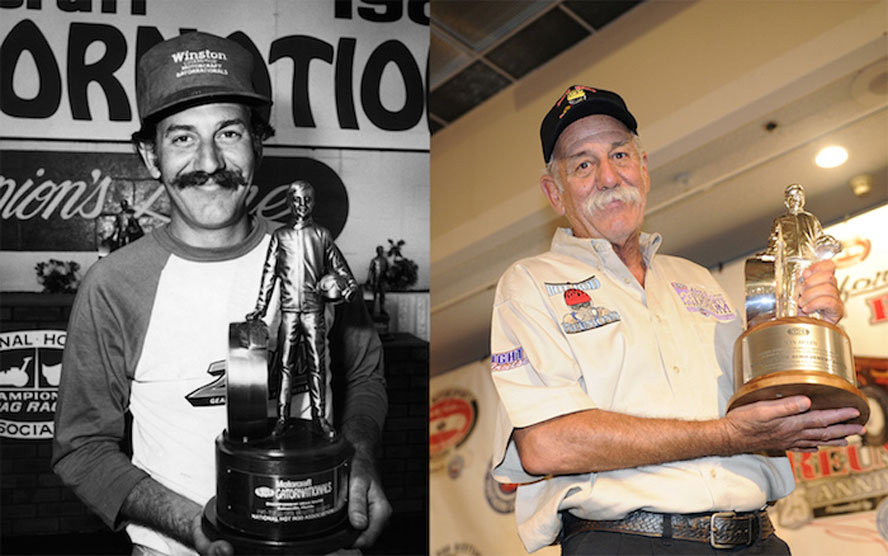 I found out soon after meeting him that actually getting more than a quick wave from him made you a lucky person because of how busy he was. Last year, when I was in the area for the 20127 SEMA Show in Las Vegas I took the time to visit and catch up with Don. It was here that I found out that he was being given a lifetime achievement award by the NHRA Hot Rod Museum for his contribution to racing.

Don's almost three decades of involvement, and the championships and awards he won as a driver, are enough to gain him entry into the NHRA Hot Rod Museum. However, the California Hot Rod Reunion (CHHR) gave Don its lifetime achievement award because of his involvement with the evolution of drag racing after he retired. 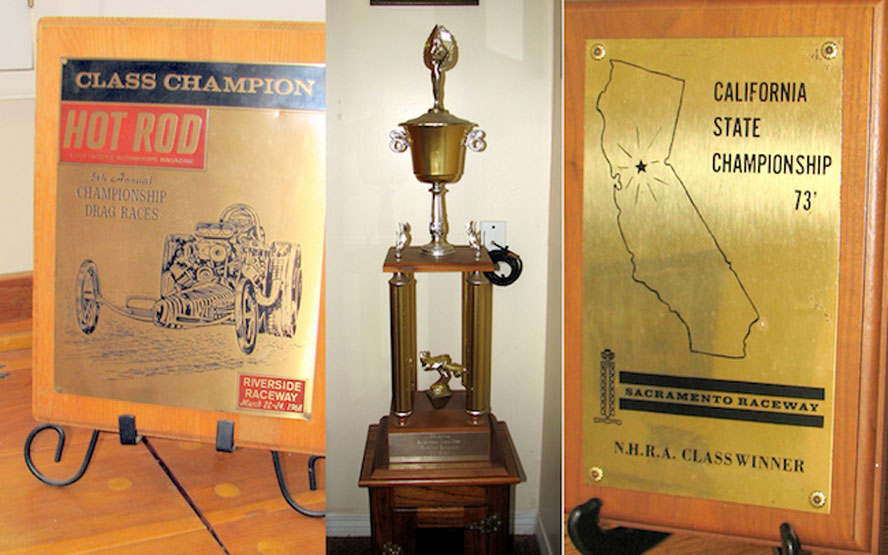 Every year, the California Hot Rod Reunion (CHRR) has held several races–43 in total. As the CHRR management was doing research for its Lifetime Achievement Honoree search, it noticed that not only was Don the only person to attend (meaning work at) all these races, but he was also the only person to attend the three races that were held in New England, as well as the Midwest Reunion that was held in Columbus, Ohio.

Most weekends Don can be found working a race somewhere in the Southwest. If you run into him, tell him I said, “Hey, call me."