The Advance Auto Parts VIP Tour has come to a close. Tour Managers, Carlos Cabrera and Manny Velazquez have been traveling the country for the past four months giving fans a chance to learn about Speed Perks through interactive experiences. The tour made appearances at races, car shows, music festivals, concerts and sporting events tying in Advance Auto Parts' partnerships with Courtney Force, the Mexican National Soccer Team, and Florida Georgia Line. There was even a tricked out trailer with a virtual reality experience and a “roof top lounge." Thank you Speed Perks members for all of your support. We took some time to interview Carlos and Manny about their experiences on the road… find out about their favorite stops, favorite cities and more! 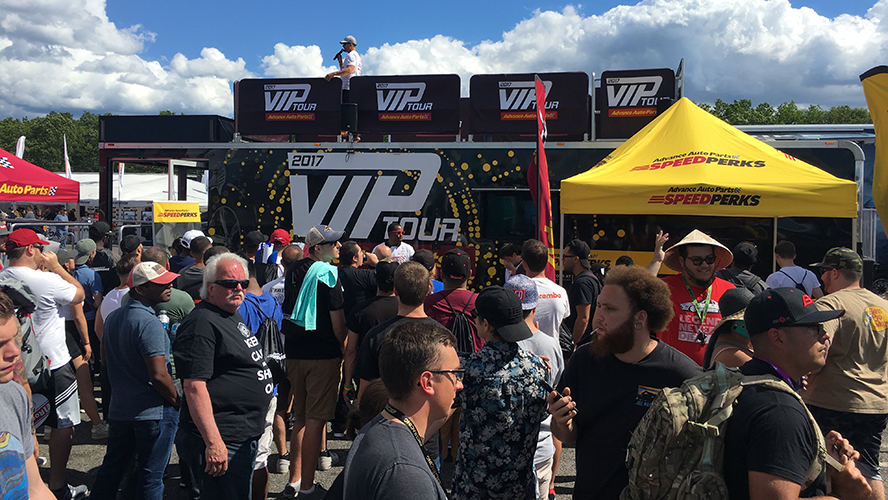 What was your favorite event? Why?

Carlos: I have to say that my favorite event by far was Indy 500 in Indianapolis. It was my first time being there and I was able to walk right up to the start/finish line to watch the beginning of the race while listening to a crowd of 300k people cheering after the national anthem. Hearing the start of the engines all at once was an experience that I couldn't have had without the Advance Auto Parts VIP tour. 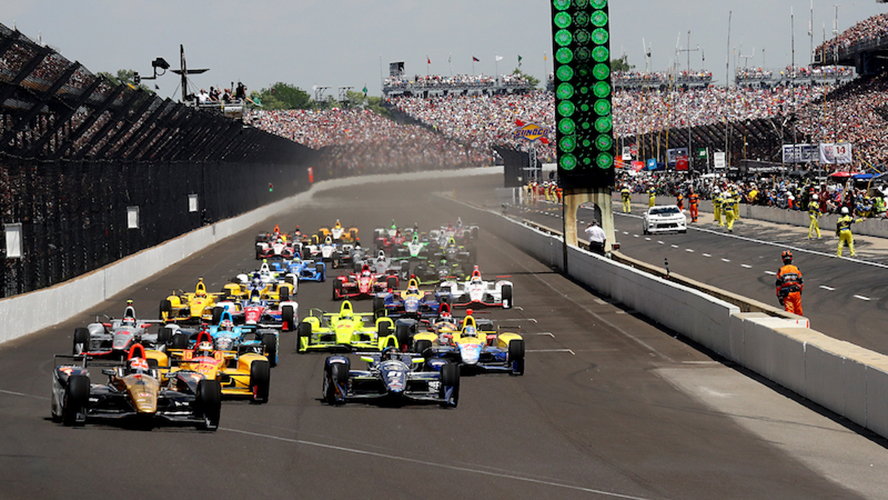 Manny: I'm not a huge race fan, but I remember watching drag racing as a kid on T.V. I had never been to a drag race in person, so I was literally blown away by how LOUD the cars were. Even from the top of the stands, you could feel the power of the cars.

What was your favorite city? Why?

Carlos: Nashville, TN was one of my favorite cities that we stopped at. You can't beat being at an event such as the CMA fest, not to mention the Nashville Predators competing for the Stanley Cup on the same weekend. It was such a lively scene the weekend that we were there. There were lots of great artists walking around and I got to see Keith Urban. Everyone was super friendly and as happy to be there as we were, making the experience over all pretty amazing. 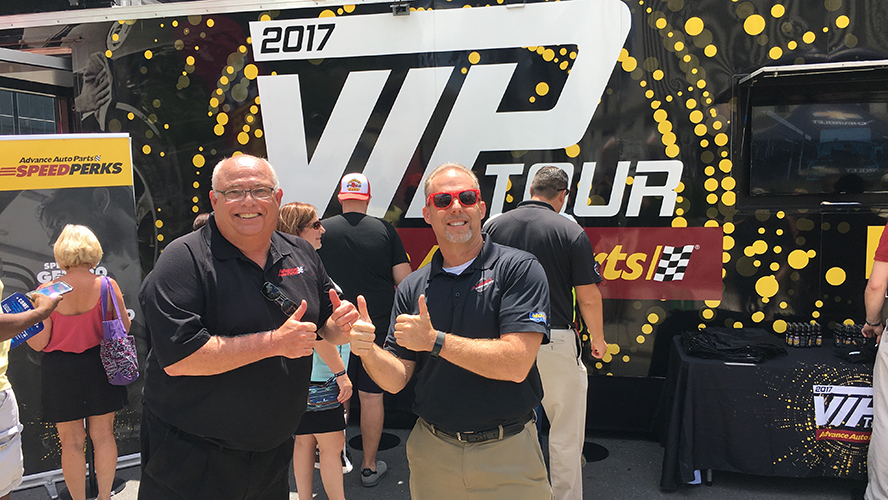 Some staff at the Country Music Awards in Nashville, TN.

Manny: My favorite stop was outside of Denver at the Mopar Mile High. The track is down the street from Red Rocks Amphitheater and being able to glimpse the Rocky Mountains every day was pretty special.

Are there any funny stories from the road?

Carlos: A lot of funny things happen on the road while driving, but specifically when I would pull up at truck stops for diesel with the VIP tour branded trailer. People would wonder, and stop me to ask, what I had inside of it. I might have lied a few times and said it was my race car and pretended that I was a race car driver. I thought it was hilarious.

Manny: The 24 Hours of LeMons race was like watching memes in wheels following each other around a track. Also, someone should have taken a picture of our reactions to hearing the drag racers for the first time in person.

Do you play any games on the road to pass time?

Carlos: Unfortunately no, I couldn't play any actual games since I was driving the whole time. I do like to try and guess how many miles I could drive after filling up my truck with diesel and I made efforts to beat the computers average distance. So, I would drive slower or faster depending on how close I was to winning.

Manny: Not any games, but in my spare time, I record a movie podcast called Sequelitis with my good friend. And during the long drives, I'd use the time to edit episodes to be posted online.

What was your favorite part of the tour?

Carlos: My favorite part was definitely going to all the different races that Advance Auto Parts sponsored and interacting with new people in different cities. I met some cool GMs and team members from AAP. One of them even took me to a shooting range in Atlanta and I made a couple new friends in Nashville as well.

Manny: My favorite aspect of touring is traveling to new places and meeting new people. What was unique and cool about the VIP Tour was that we were working with Advance Auto Parts team members in every market, so I met many interesting personalities, heard plenty of unique and funny stories and witnessed the enthusiasm of individuals embracing the opportunity to take ownership over the face of their brands. 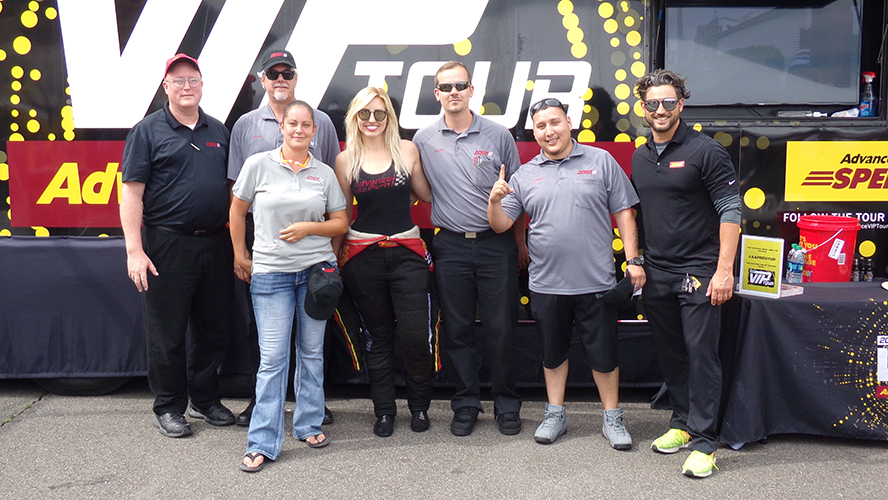 Did you have to shop at any AAPs along the way?

Carlos: I did stop at different AAP stores along the way, I shopped for fuses at one and bought a lock at another. But I mostly stopped to meet with the store managers since I was using their parking lots to store the VIP Tour trailer through the week. They would use them as a "billboard" when we didn't have any scheduled events. They were all super helpful and thankful at the same time and I appreciate how flexible and accommodating they were.

Manny: We had to buy some supplies from a couple stores. We'd like to thank the managers who allowed us to park our VIP Tour trailer at their stores. The same goes to everyone at the Roanoke office who kept the trailer safe while it was there.

Carlos: My favorite AAP sponsorship was Formula Drift. Although the venues were a lot smaller, the intimacy of the races was greater and the drivers themselves were a lot more low key than I expected and just as easy to interact with as "normal" people. You would see the drivers walking around the crowd and getting into their cars. This casualness made the fans a lot more into their favorite drivers. It was like rooting for someone you knew. I got to meet a Peruvian driver, Alex Heilbrunn, as well as Ryan Tuerck and Vaughn Gittin Jr.

Manny: It's very close between Ryan Tuerck and Courtney Force. It was awesome to be able to see them perform so well at their events we attended.

Did fans anywhere stand out to you?

Manny: The enthusiasts who showed up at a location in Georgia to meet Ryan Tuerck and Vaughn Gittin Jr. brought their own impressive machines. They had the genuine excitement that comes to light when someone gets to meet their heroes. It was just as cool to watch a similar euphoria wash over the crowds who lined up for Mr. Tuerck's autograph sessions. I was happy to play a part in those moments. 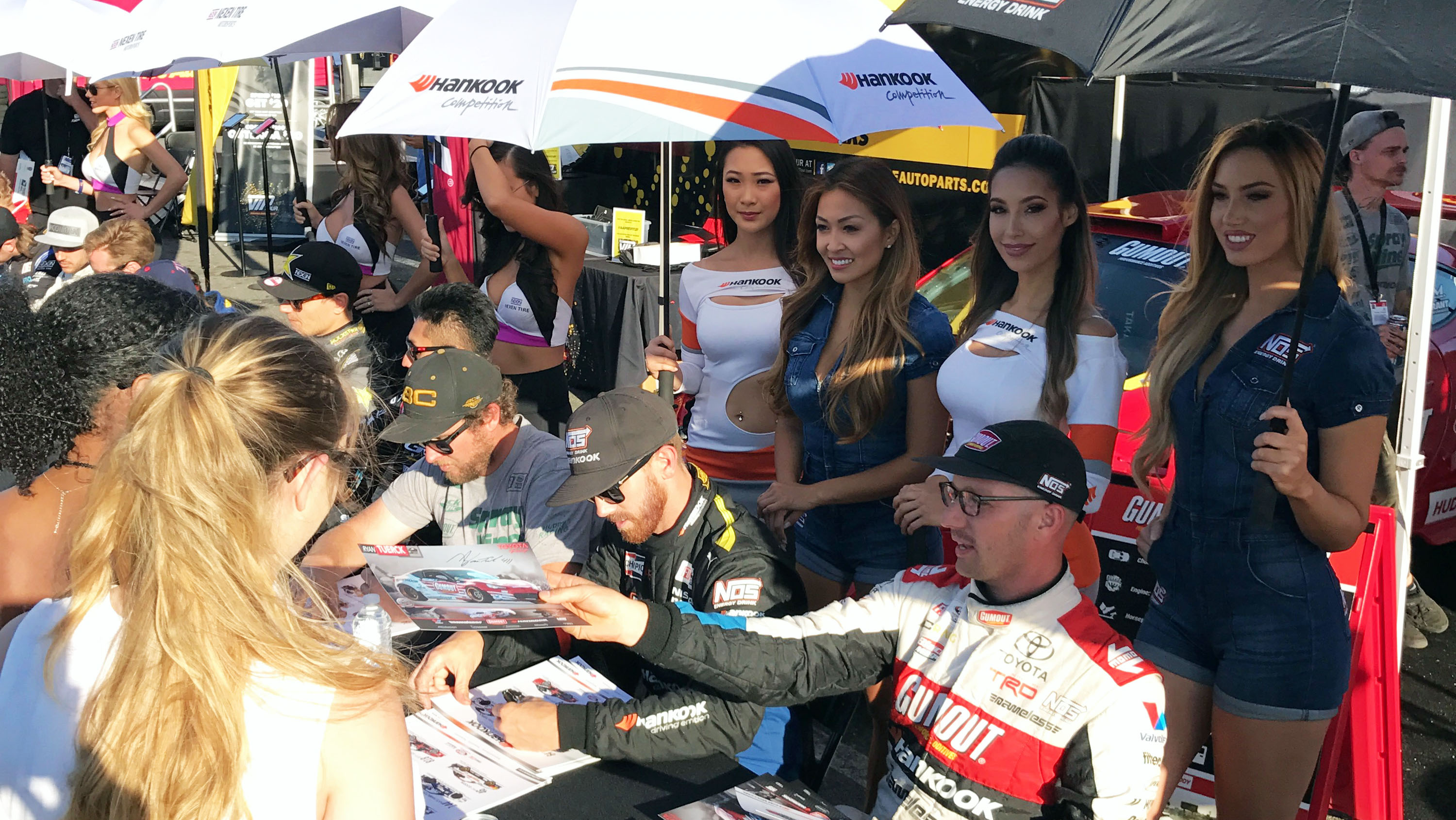 Carlos: One of the fans brought a turtle to one of the races and I made sure to put it next to the fastest car on site, with the Ferrari engine, and take a video of both racing except the car was static, needless to say the turtle won! I guess slow and steady does win the race...as long as your competition isn't moving!

Manny: The most frequent question we'd field from fellow travelers on the road regarded what exactly was inside our trailer. Most people thought we were hauling a race or display car. A few thought we had a whole inventory of parts inside. 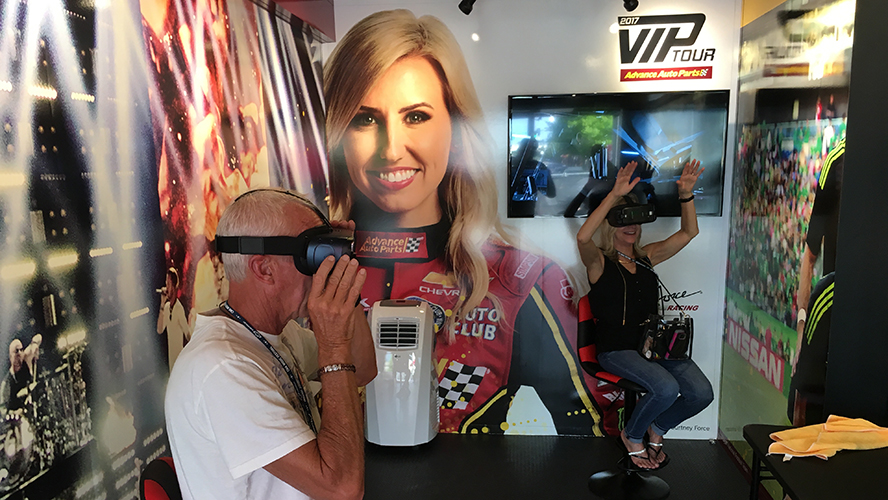 A look inside the VIP Tour trailer.

The VIP tour may be over, but there are plenty of events on our Restoration Tour left to see. Check out our events calendar and follow Advance on Facebook and Twitter to stay up-to-date.

Getting to Know John Force