What Happened To The Gas Turbine Car?

Engineers and designers have tried to come up with alternatives to the tried-and-true internal-combustion engine for automobiles, with varying degrees of success. At various times, the gas turbine was explored for use in cars—and while it was ultimately unsuccessful, it's a fascinating failure. 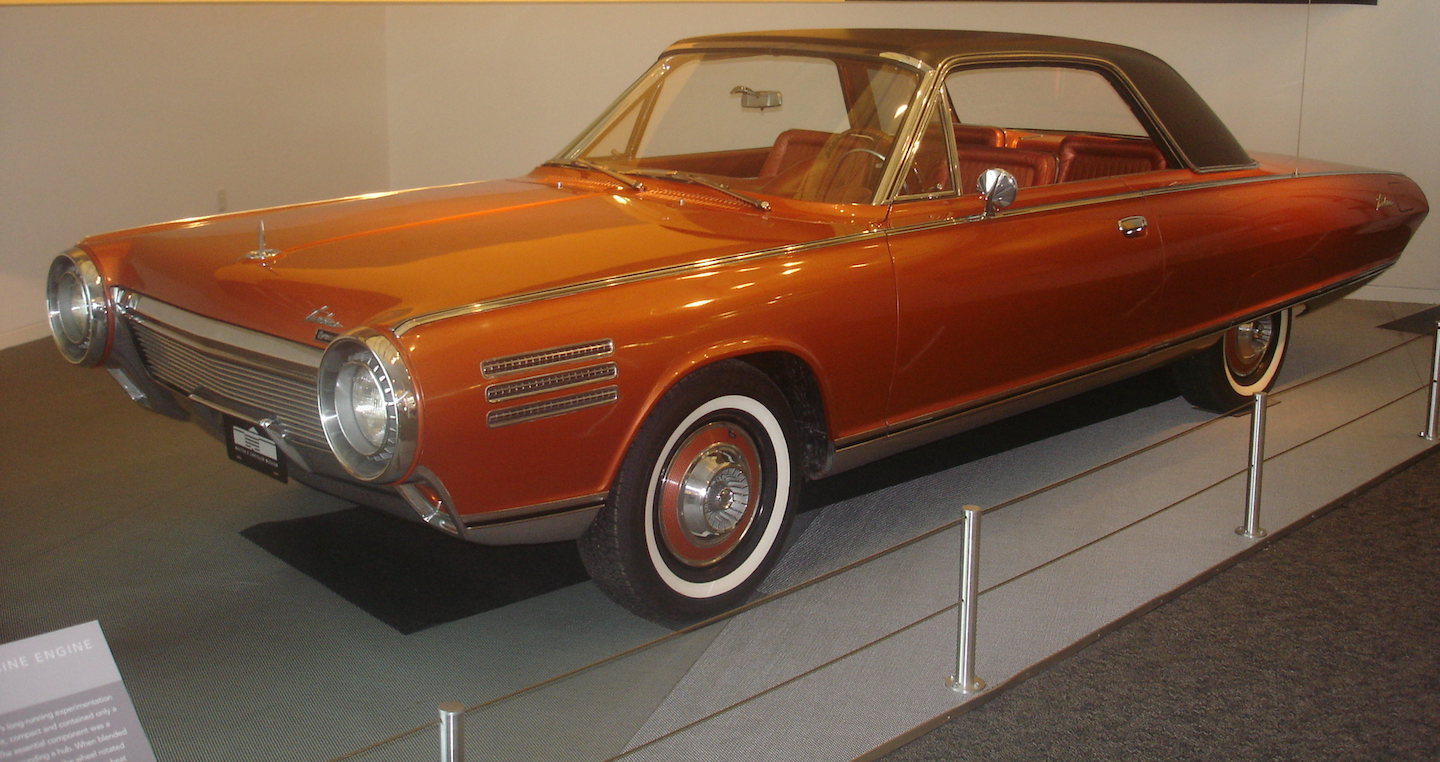 How Does a Gas Turbine Work?

A gas turbine features a rotating gas compressor and a turbine fan, both spinning on the same shaft. A combustion area (or combustor) is situated between the two. Put simply, the compressor brings in fresh air, pressurizes it, and forces it back into the combustion chamber at great velocity. The combustion chamber is made up of a ring of fuel injectors, spraying a mist of fuel mixed with air, which burns at temperatures of over 2,000 degrees F. The hot gases then spin the blades of the turbine, and since the turbine is on the same shaft as the compressor, it spins the compressor as well to draw in more pressurized air.

Gas turbines are commonplace for locomotives, tanks, power plants, and ships and have the advantage of a high power-to-weight ratio thanks to their materials and the simplicity of the design. They tend to run smoother, with less vibration, and can be operated on a wide variety of fuels with low emissions of CO and hydrocarbons.

So they could make a great automobile engine, right? 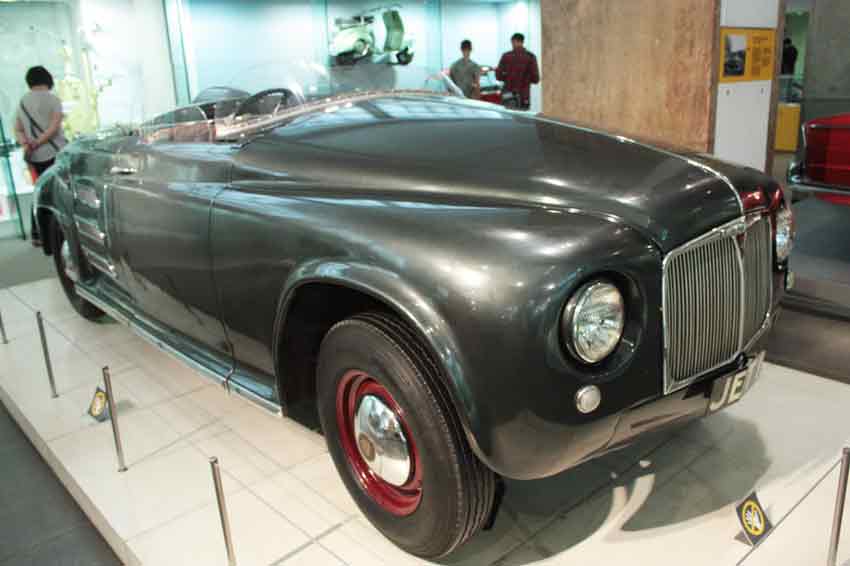 In 1950, engineers at Rover designed the JET1, a sporty coupe fitted with a gas turbine engine. It was a test-bed for the technology, and after some modifications, the JET1 was able to exceed 150 mph in testing. It was designed to run on gasoline, diesel or kerosene, but, unfortunately, its excessive fuel consumption made it unfeasible for mass production.

The '50s-era Firebird I, Firebird II and Firebird III concept cars were designed with gas turbine engines. But like most concept cars, they were intended for public relations and the show circuit and never made it to mass production. The Firebird I in particular (from 1953) looked like a missile on wheels, suggesting that it was a jet-powered car, but the gas turbine drove the rear wheels. 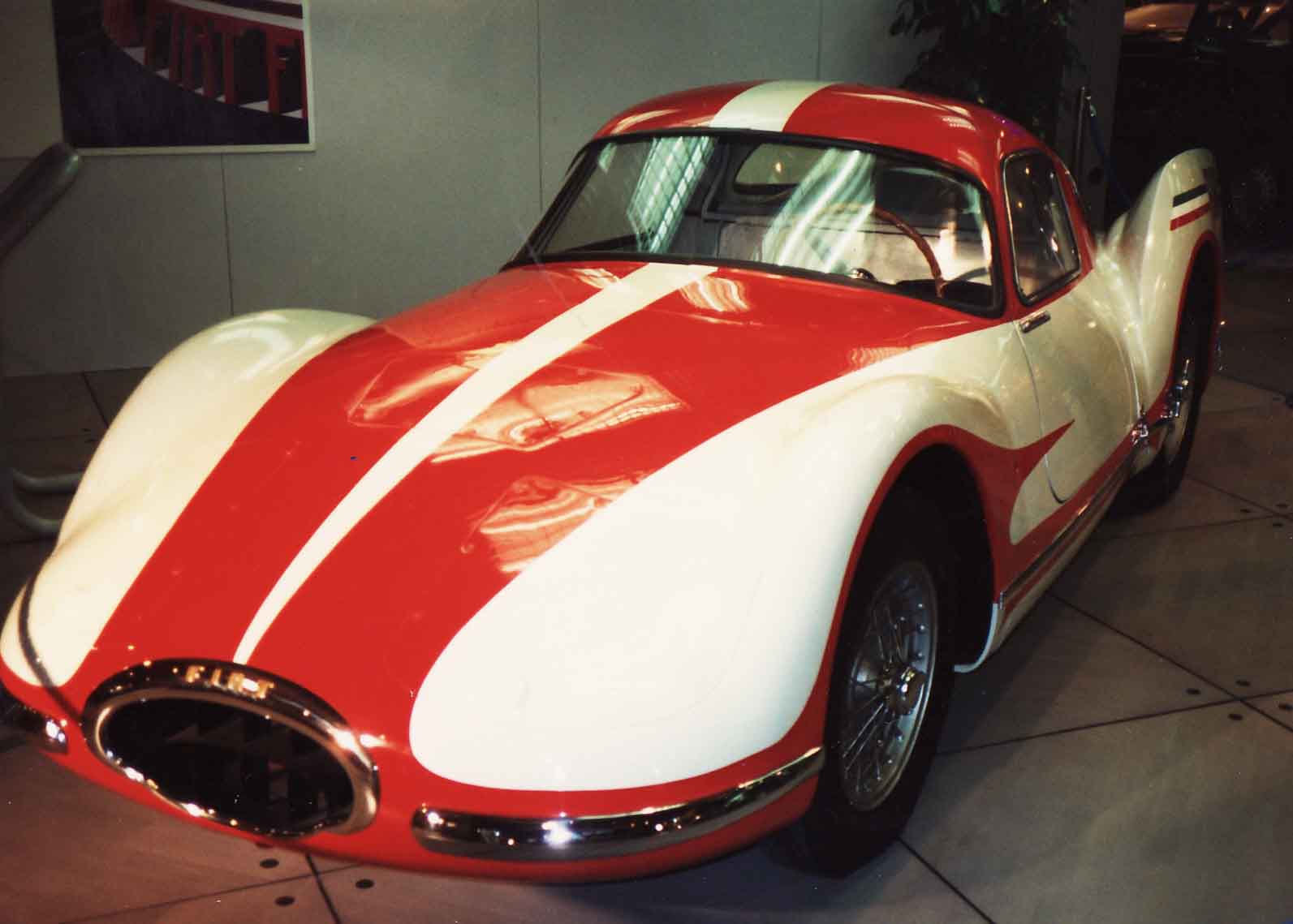 Fiat's Turbina (1954) Fiat's Tubina was an exotic concept car, with a slippery aerodynamic body (it held the record for lowest drag coefficient for a full 30 years) and a turbine engine mounted behind the driver's seat. With no gearbox or clutch, the power turbine went straight to the rear wheels via a geared reduction. The Turbina weighed only 2,300 pounds, and its 300 horsepower turbine could push it over 160 mph. It was shelved due to fuel consumption and overheating issues.

Chrysler went a little farther with turbines, having set up a '54 Chrysler and a two-ton Dodge truck with experimental turbine engines. The '63 Chrysler Turbine Car had a body designed by Ghia and an engine that was constructed to run on jet fuel, kerosene, diesel, or unleaded gasoline. Famously, it was run on furnace oil, perfume, soybean oil, tequila, and even Chanel perfume in various experiments. The Chrysler's body had a family resemblance to Darts of the period; Chrysler actually produced 55 of these cars and barnstormed them around the country to dealerships. Chrysler's turbine engine beat the problem of extreme exhaust heat by using a recuperator that directed hot gases back into the compressor, which also enhanced efficiency. In the end, Chrysler bought back all but a few of the '63 Turbine Cars and crushed them; five now live in museums and two are in private hands (including Jay Leno's collection).

So What Happened To Turbine Cars?

Despite later attempts by Ford, GM, and even AMC to develop a turbine car, they never took off. Turbine engines may be lightweight compared to piston engines, as well as smooth and reliable with far fewer moving parts, but there are a number of downsides:

Back in the early '50s, the gas turbine car was seen as the next wave of technology and the piston engine's days were thought to be numbered. Twenty years later, it had become a dead issue. Is it possible that some latter-day technological advances will bring the gas turbine engine back around again? It's not impossible, but hybrid drivetrains and electrics are where all the innovation is happening now. The gas turbine, while an intriguing idea, remains an unrealized dream.