From timeless icons to everyday essentials, Crucial Cars examines the vehicles we can't live without. In this installment, and in the spirit of the astronomical phenomenon, we take a look at the Mitsubishi Eclipse. 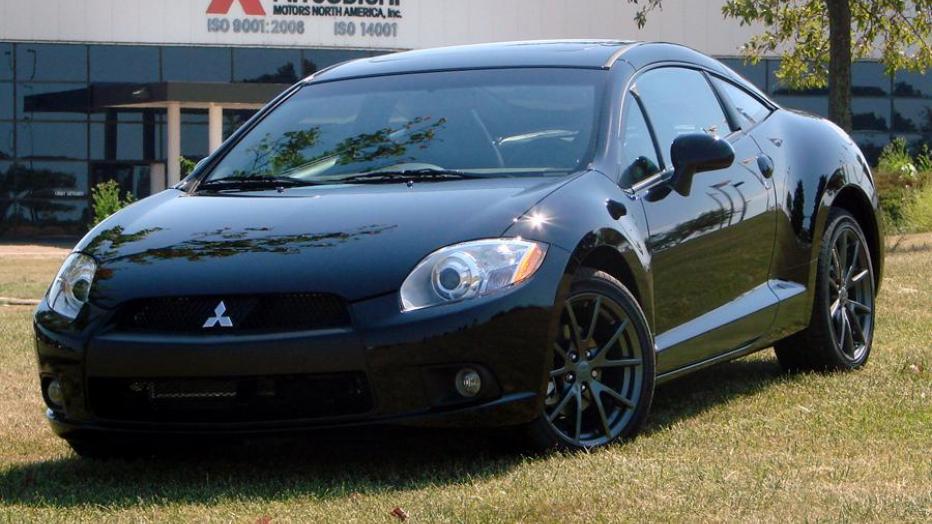 The Mitsubishi Eclipse hit the scene in 1989 for the 1990 model year, aptly named after the astronomical event as well as an unbeaten 18th century racehorse. Marketed as an entry to mid-level four cylinder sports coupe, the Eclipse was available in four trim levels, the GS Turbo and GSX being two of them, which were equipped with turbocharged engines. Capable of performing at a maximum 195 horsepower, these little cars could definitely get up and go. 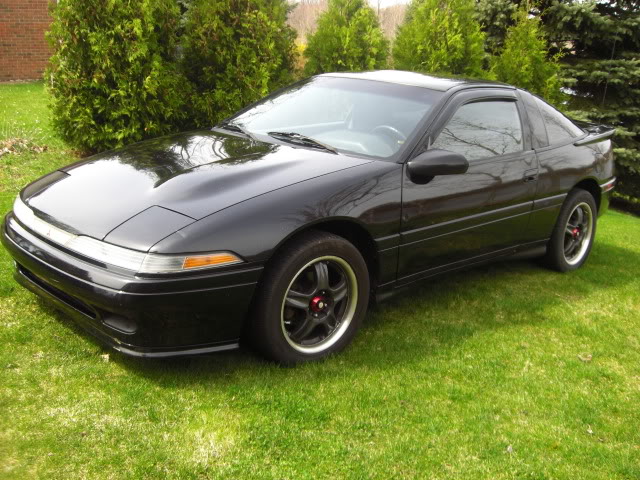 It seems that in these first four years, Mitsubishi couldn't quite figure out how they wanted this car styled. On the exterior, the early models had pop-up headlights and a longer, sloping hood leading to a large back window. By 1992, Mitsubishi did away with the pop-up headlights and gave the Eclipse a bit of a sleeker, more tapered look. Some would even say boring. 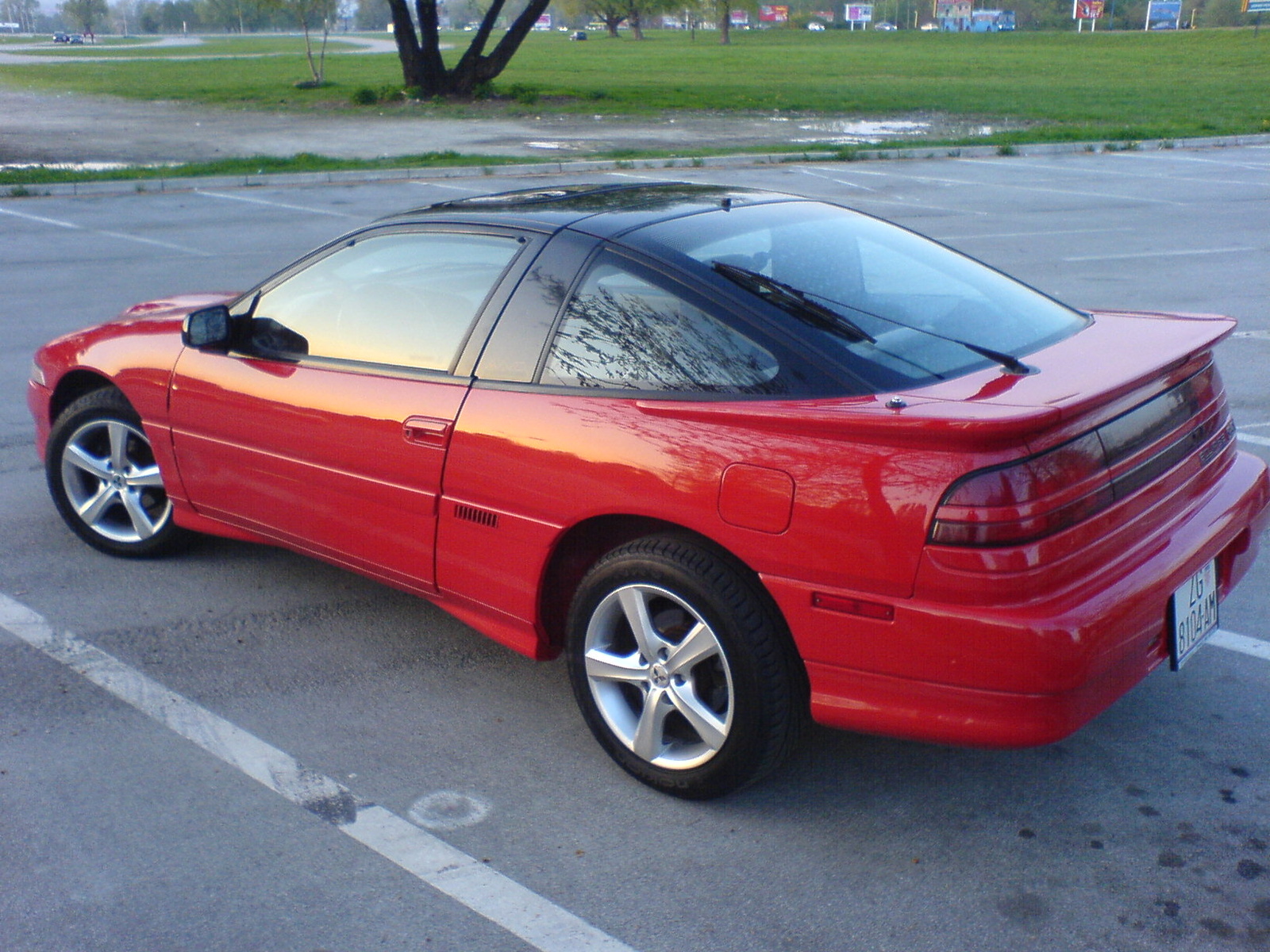 The changes continued with the powertrain on the Eclipse, too. The 1991-1992 models had three bolts attaching the axle to the wheel hub; however, late 1992–1994 Eclipses had larger-diameter axles and attached to the hub with bigger, 4-bolt axle cups.

Despite the changes halfway through this generation, the Eclipse Turbo was on Car and Driver magazine's Ten Best list for 1989-1992. Fast forward to 1995, and you see even more changes.

Total Eclipse of the Eclipse 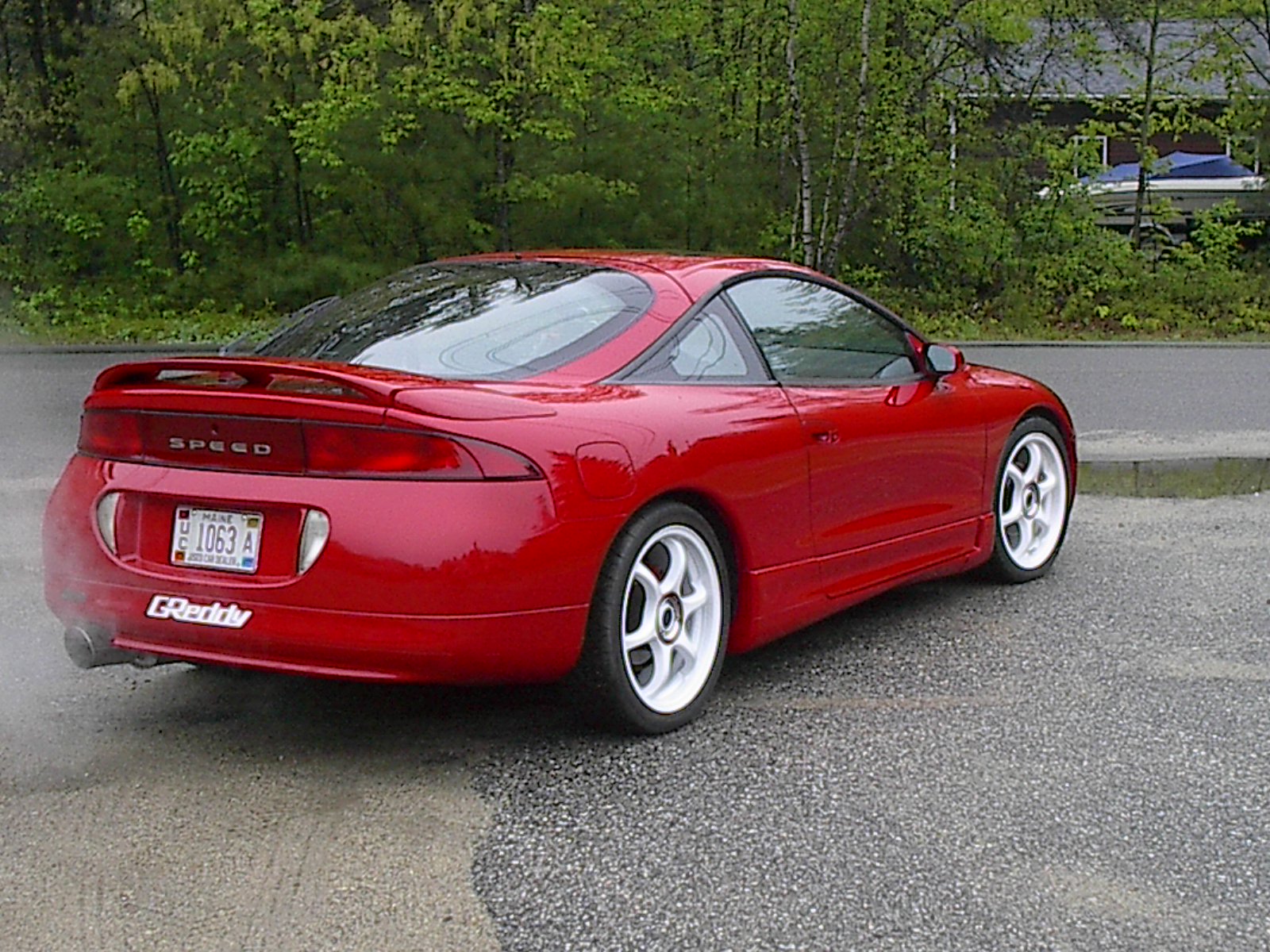 The Eclipse was completely redesigned in 1994, for the 1995 model year, and we enter into the second generation (1995-1999). Included in the redesign was the addition of standard dual air bags, a more rounded style, larger interior, and a new engine from Chrysler for the base model. All of the changes were an attempt to appeal to a broader market, while still maintaining the first generation legacy. 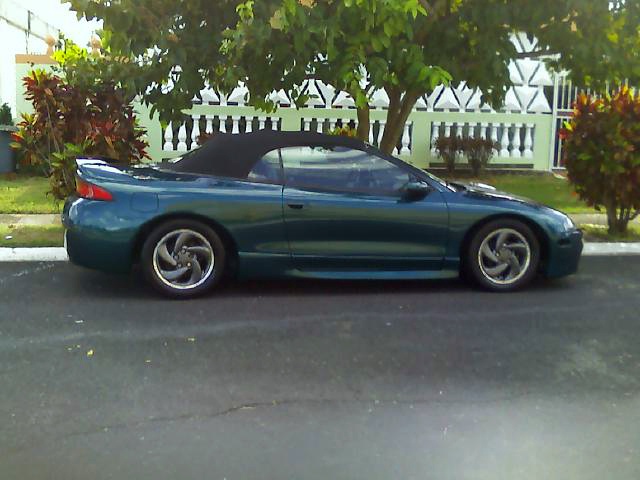 In 1996, Mitsubishi upped the ante and introduced the Eclipse Spyder, their convertible model. Offered in two trim levels, the GS and the GS-T, the Spyder GS was powered by a 2.4L I-4 naturally aspirated 4G64 engine, while the Spyder GS-T was fitted with Mitsubishi's turbocharged 4G63 engine.

The Eclipse got another facelift in 1997, although not nearly as intricate. The front grille opening was restyled as well as the headlights, driving lights, rear bumper caps, and a large rear spoiler added to the GS-T coupe and GSX. Mitsubishi believed these updates would give the Eclipse a more aggressive, sporty look and appeal to the younger crowd.

In 1998, there was a bit of a setback, as the second gen Eclipses received a number of Technical Service Bulletins (TSB) and recalls regarding a variety of issues, but none so prominent as the powertrain. In March of '98, Mitsubishi issued a recall for all 1990-1998 Mitsubishi Eclipse GSXs citing, "Lockup of the transfer case can occur due to insufficient lubrication. The condition can cause a loss of vehicle control increasing the risk of a crash." 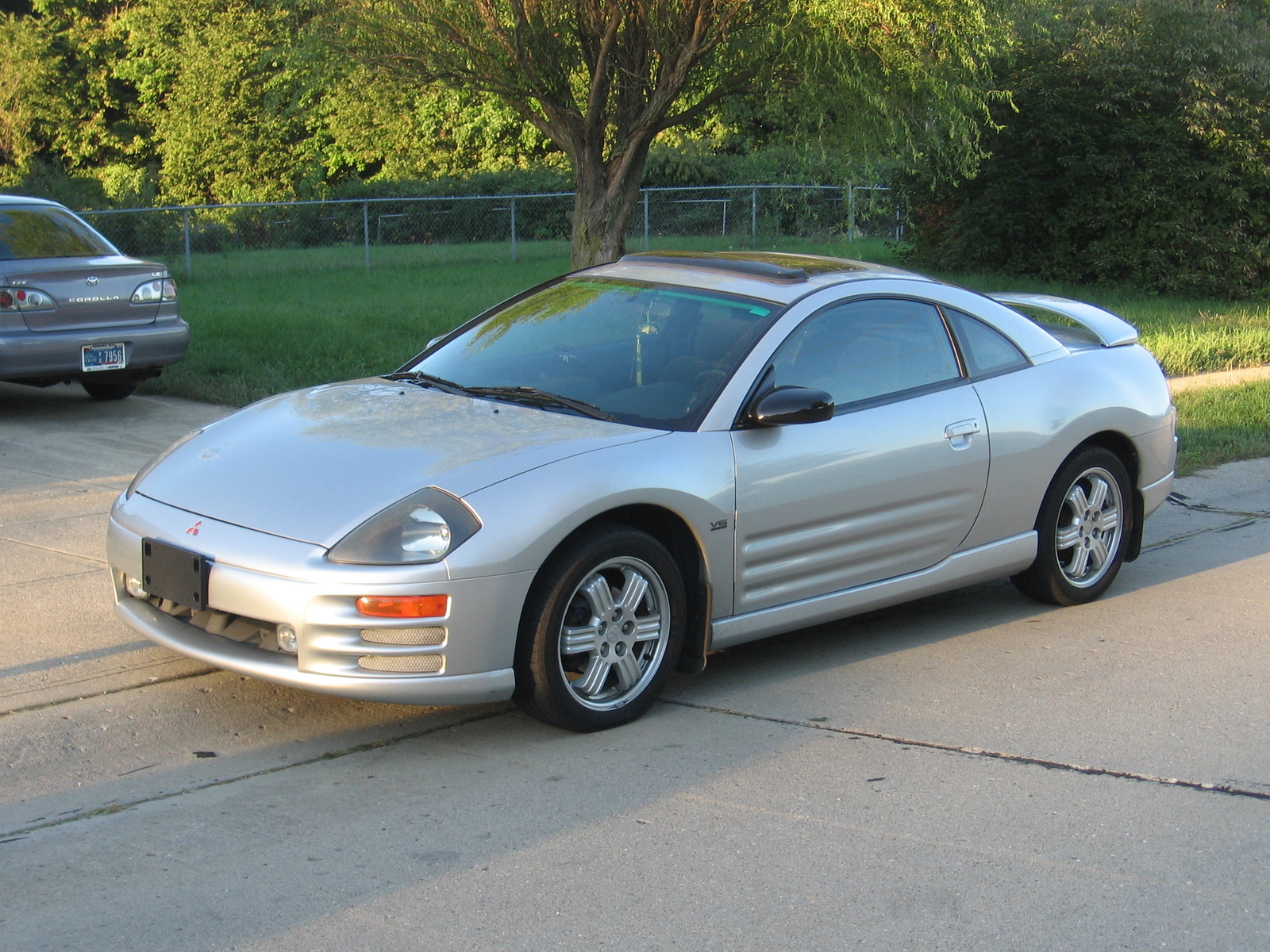 In the midst of bouncing back from its 1998 blunders, Mitsubishi only made a few minor adjustments to the design of this third gen Eclipse. Two new powertrain options were available, a 147 hp 2.4 L 16-valve SOHC 4-cylinder 4G64 and a 205 hp 24v SOHC 3.0 L V6 (6G72). AWD was no longer an option and the suspension setup was adjusted to provide a softer and more compliant ride quality.

In 2001, Mitsubishi reduced the horsepower to 200 as a result of more strict emission standards in California. They decided to make this change Eclipse-wide rather than creating a version specifically for California. In mid-2002, the GTS trim was introduced for the 2003 model year. This vehicle included an engine with a 10:1 compression ratio, revised camshaft profile, and an improved Mitsubishi Variable Induction Management (MVIM) air intake system that gave the car an extra 10 hp (7.5 kW) and a slightly improved power curve.

In an effort to keep with the times, Mitsubishi introduced its gas-electric hybrid Eclipse Concept E at the 2004 Detroit Auto Show in January. While the conept never really made it off the ground, many car enthusiasts comment on the forward thinking of Mitsubishi. For the remainder of this generation, the Eclipse remained virtually unchanged. 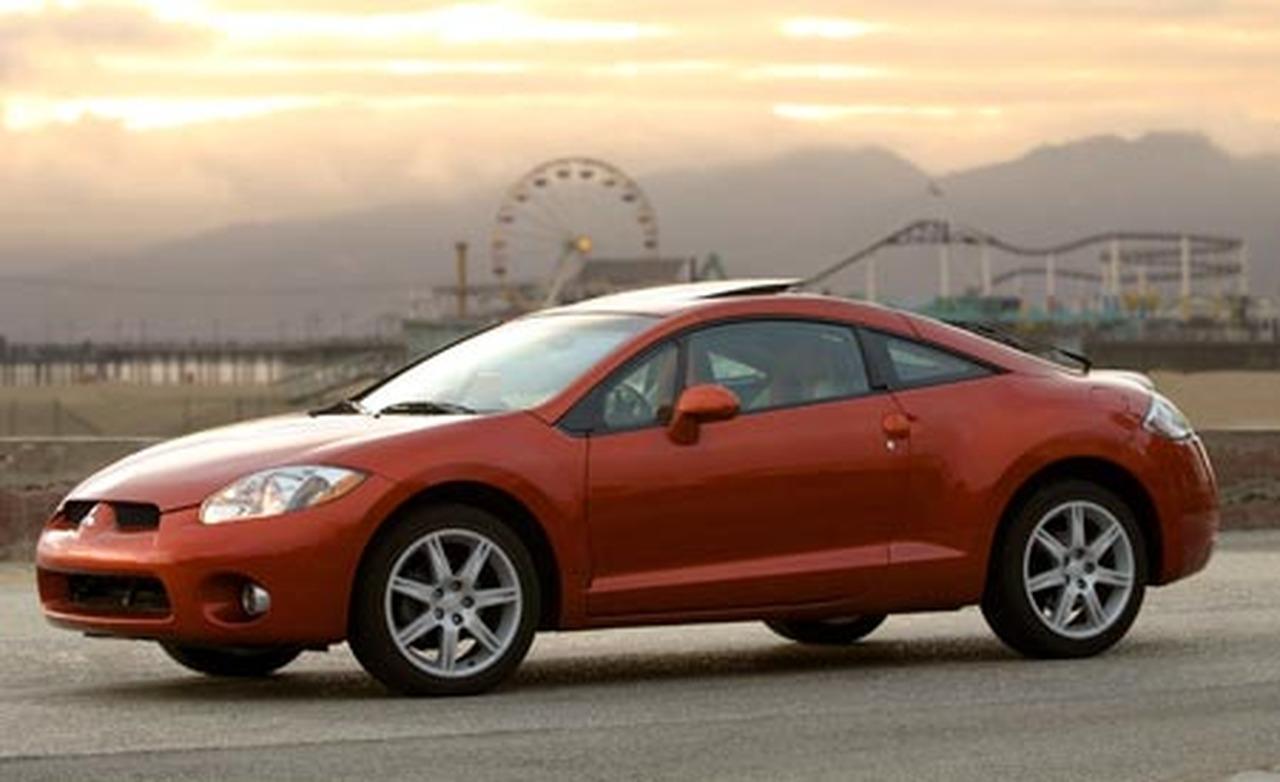 Maybe Mitsubishi knew the Eclipse was on its way out, maybe they didn't, but regardless, they gave the car a substantial styling revision in 2006. This new gen vehicle was given a more rounded look with styling updates made to the headlights, fog lights, grille, roof, and rear bumper. Further revisions were made in 2009 with front fascia changes and the three diamond logo now attached to the grille.

For 2011, the Mitsubishi Eclipse featured a "blackout" roof, similar to the 1990 model. Mitsubishi also lowered the suspension of Eclipse about half an inch to create a lower center of gravity. A rear backup camera and Bluetooth hands free calling to the Sun and Sound package were included.

The last Eclipse to roll off the assembly line was built in August 2011 and painted Kalapana Black. Its color was chosen by members of Mitsubishi's Facebook community, who picked from a historical Eclipse color palette. This was the only Eclipse equipped with both the 3.8L/265 hp V-6 engine and the commemorative SE package, as well as special 18-inch Dark Argent alloy wheels and one of a kind graphics.

The car was auctioned off by Mecum Auctions in St. Charles, Illinois on 17 September 2012, for $35,000. Proceeds went to the Japanese Red Cross to aid victims of the 2011 Tōhoku earthquake and tsunami. 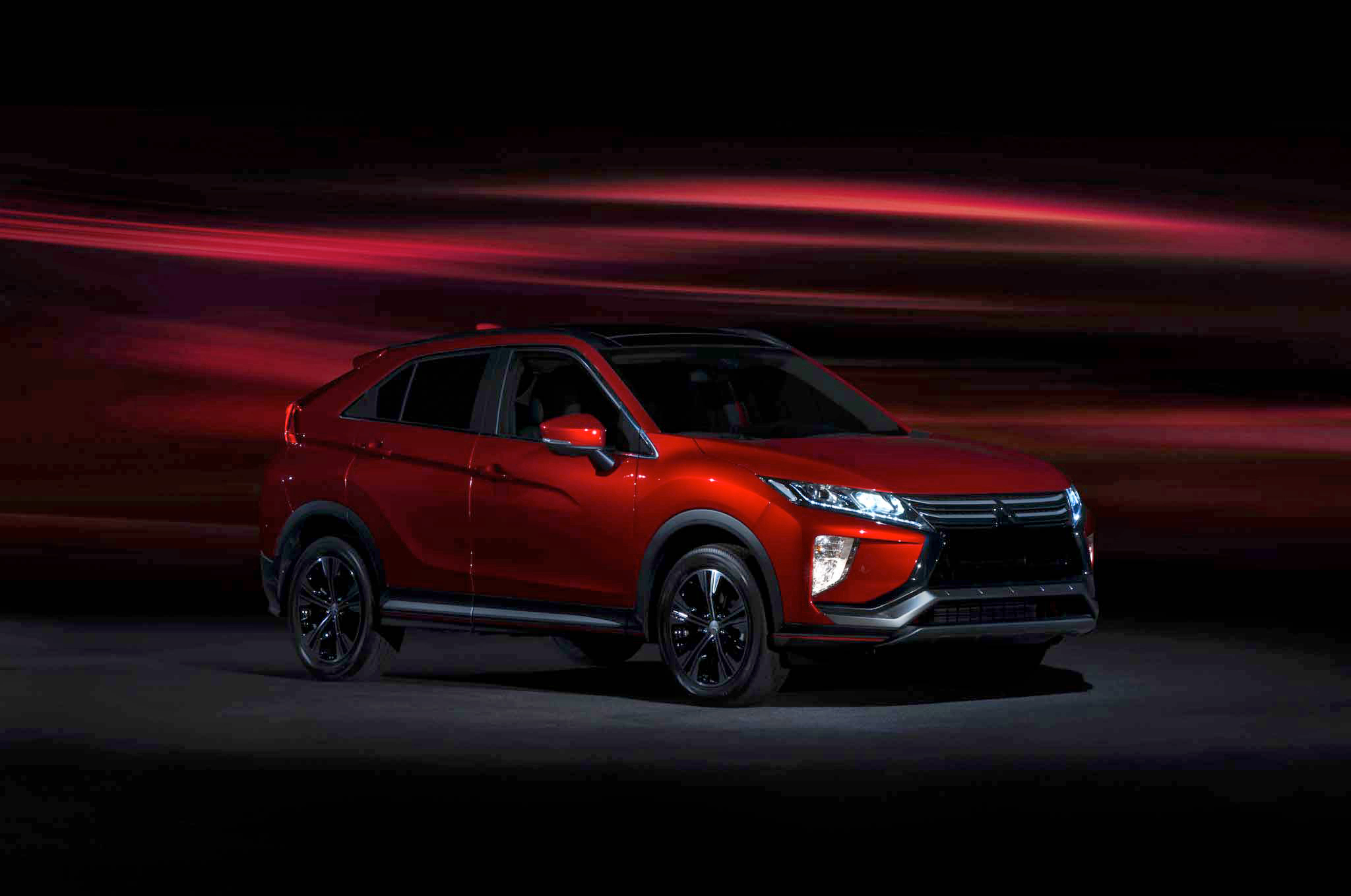 While the Eclipse coupe is a thing of the past, Mitsubishi is taking advantage of the 2017 solar eclipse to introduce their newly remodeled 2018 Eclipse Cross, to be setup just south of Salem Oregon on August 21, the perfect spot for a total eclipse viewing.

"As part of our marketing launch effort around the all-new Eclipse Cross, we felt it was important to position our cars and our cameras in one of the first places Americans could view the total solar eclipse," said Francine Harsini, senior director, marketing, MMNA. "This is a once-in-a-lifetime opportunity to photograph Mitsubishi's Eclipse Cross during the total solar eclipse."

Did you drive a Mitsubishi Eclipse? Tell us your memory of this crucial car in the comments.