Jeff Allen's automotive roots go back to his childhood, when he helped out in the family auto shop. Now he's a well-known name in car circles, with a show on CNBC ("Car Chasers" and a podcast ("Skidmarks") with a huge following. His Flat 12 Gallery has produced some incredible celebrity and show vehicles. I got lucky and spoke with him in 2017 about the car he “could have fun with," a 1963 Ford Falcon with 2014 5.0-liter Coyote engine that he calls Ronin. 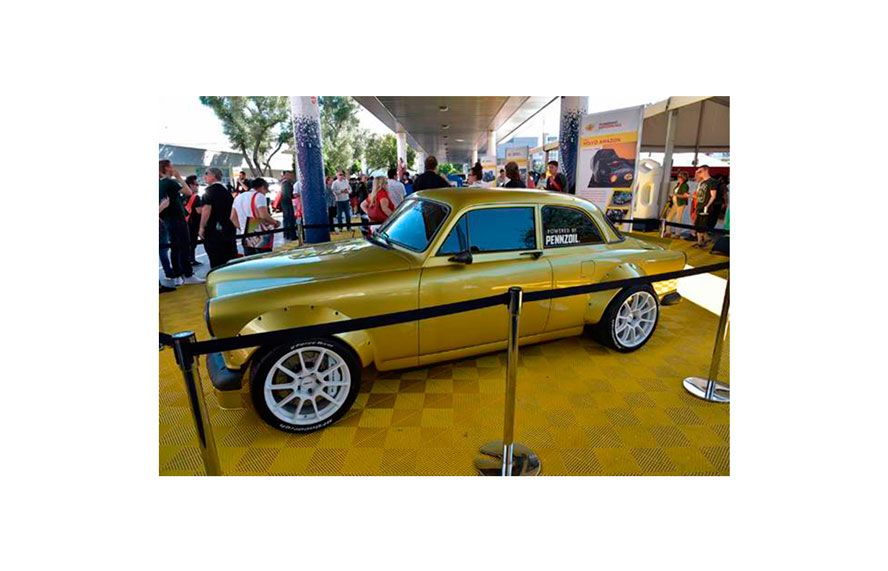 But putting a modern engine into a classic/vintage vehicle is nothing new. For the 2018 SEMA Show, Allen knew he had to step up his game and “do something special—never been done before." A walk through “one of his secret weapons" (Copart) gave him an idea—take the chassis from a 2013 Chevrolet Grand Sport Corvette and put the body off a 1963 Volvo 122S Amazon. He calls this car V06, and it is simply amazing. 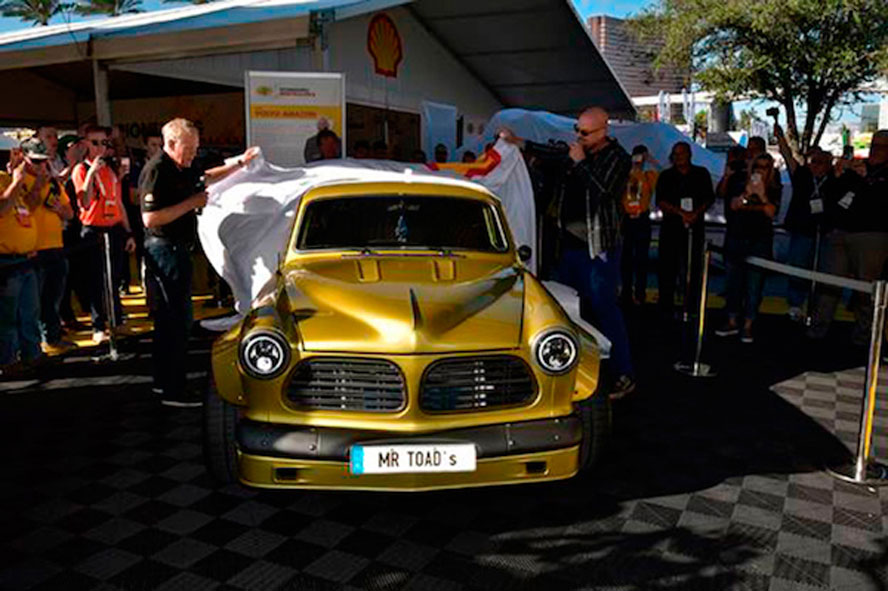 Allen and the Flat 12 crew built the V06 for more than just oohs and ahs. After SEMA, it went on tour and is appearing at shows across the country. After that, it will go across the block at a Barrett-Jackson auction, with all proceeds going to the SEMA Scholarship Fund, which provides financial assistance to lower-income students pursuing an automotive education and career.

The Donor Vehicles Used for the Build

The Corvette Allen selected as one donor car for the build is a 2013 Grand Sport Corvette with some driver-side body damage. During teardown he and his team realized they got lucky with it because it has the Z51 suspension package. Since the Z51 package is basically a competition suspension, nothing was needed other than to make sure everything was in working order. The only changes on the chassis were the addition of big BAER brakes and Forgeline Wheels. 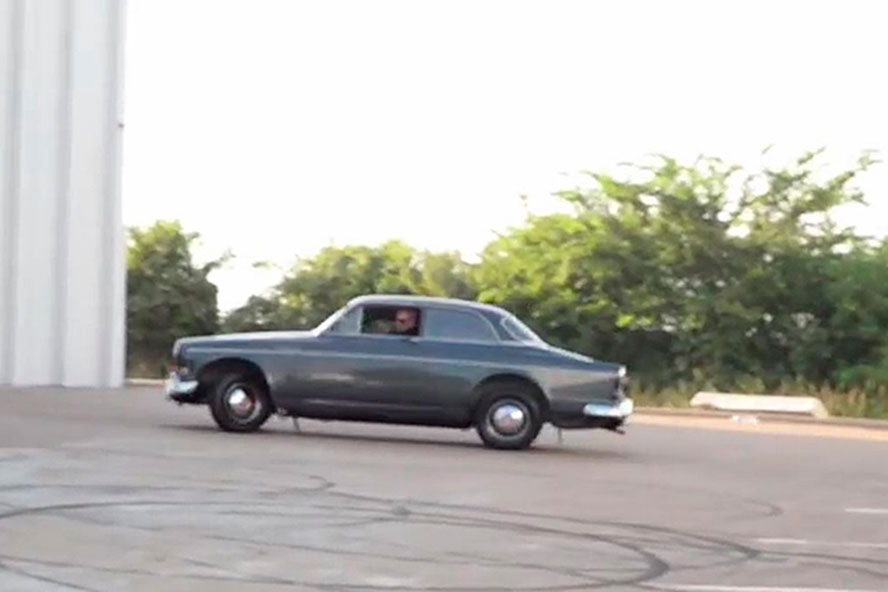 The other donor car selected for the build was a 1963 Volvo 122S Amazon that was in near perfect condition. All that was used of this car was (most of) the body and some of the interior. Although it ran perfectly, the Volvo's original 85 horsepower drivetrain (engine, trans, driveshaft, rear-end) had to go since big power was planned. 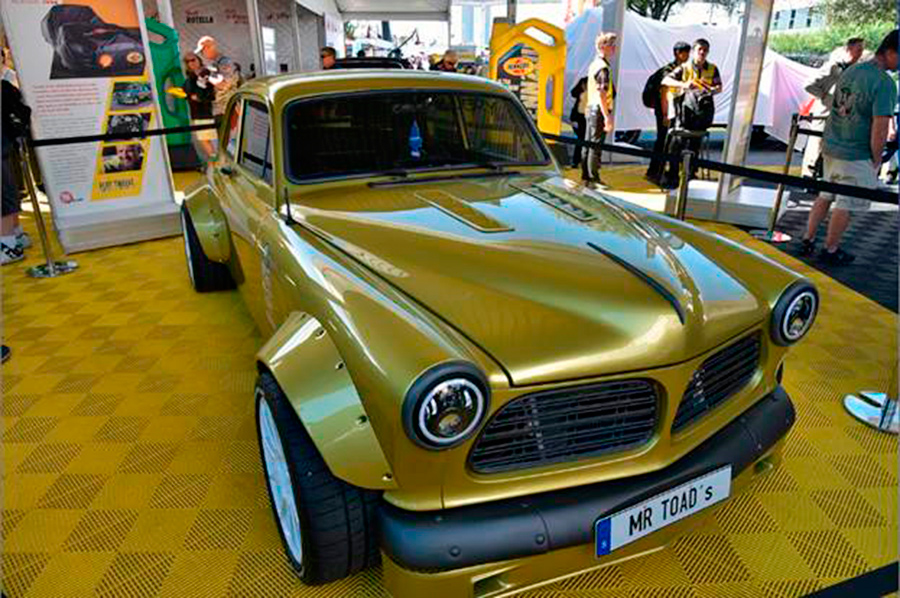 Looking at V06, you can see both cars in it. Certain design features whisper “Corvette," while the body is obviously that of the '63 Volvo with some “minor modifications" here and there. The big fender flares are one body mod that looks great and is functional. Another is the tail on the rear. A cool thing about that tail is it is completely custom—strangely, nobody makes a tail for a 1963 Volvo Amazon (Imagine that!). It had to be designed in CAD and 3-D printed. 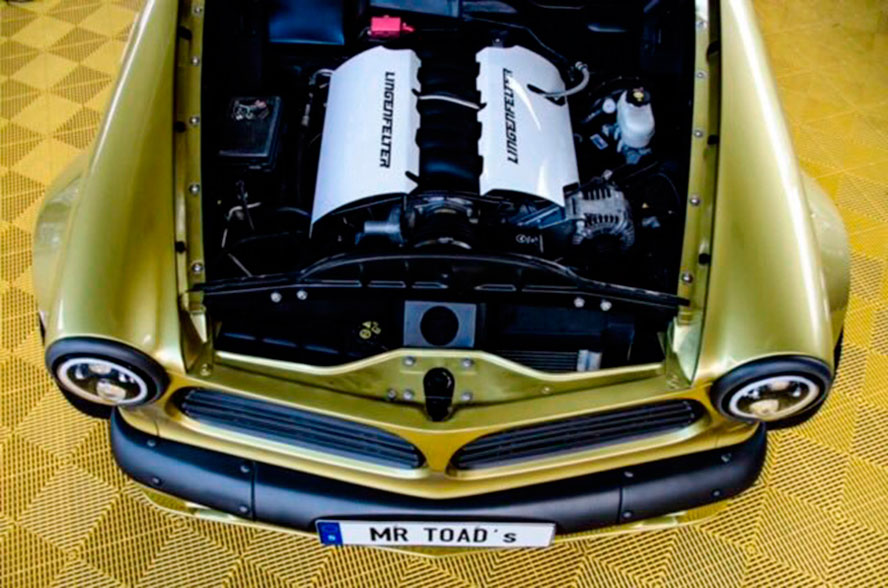 At the unveiling event, Allen asked the SEMA crowd if they were ready for “Shock and Awe." When the cover was removed, that's what they got. The paint is shockingly beautiful, while the stance inspires awe in the viewer. Pop the hood, and the shock and awe are tripled when the Lingenfelter-built 600 HP LS7 is revealed. 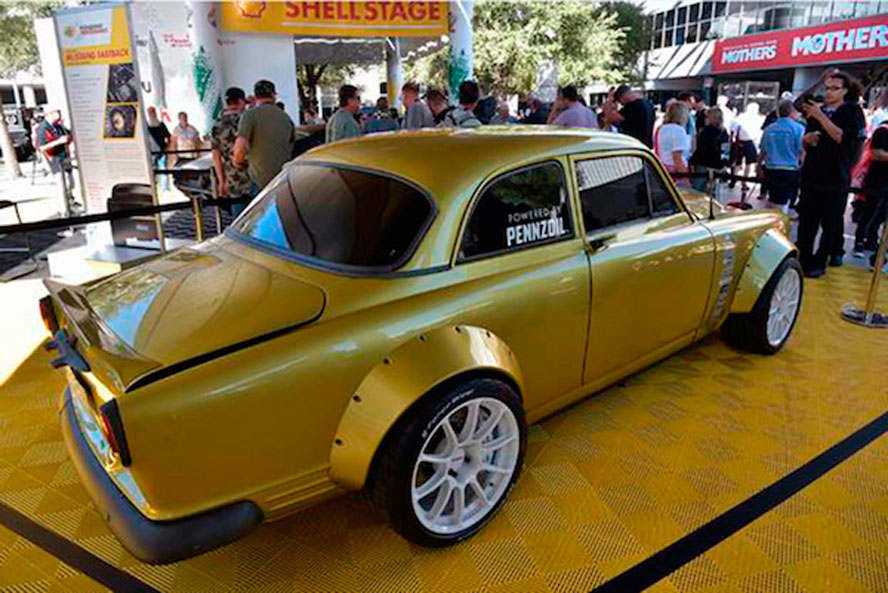 Having that much power under this type of body doesn't make it a true enthusiast's car, though. What Allen, Flat 12, and their partners have created is a car that can compete at your local car show and do well one day and then head over to the local track and do well on road courses and in autocross events. Making it “the ultimate enthusiast's car" is the fact that it can also compete in road rallies, airstrip attacks, drifting, and drag racing. In other words, it's the complete package. That, my friends, is what makes #06 “The Ultimate Enthusiast's Car.

I can't wait to see what he dreams up for next year.