Electronic fuel injection (EFI) is interesting tech, critical to the performance of a modern engine. Originally hated as computer-controlled carburetors, EFI gained reliability in the 1980s and picked up performance in the 1990s. Today's impressively powerful vehicles are possible through direct fuel injection. Here's a detailed look at how we got here and the evolution of EFI over the years. 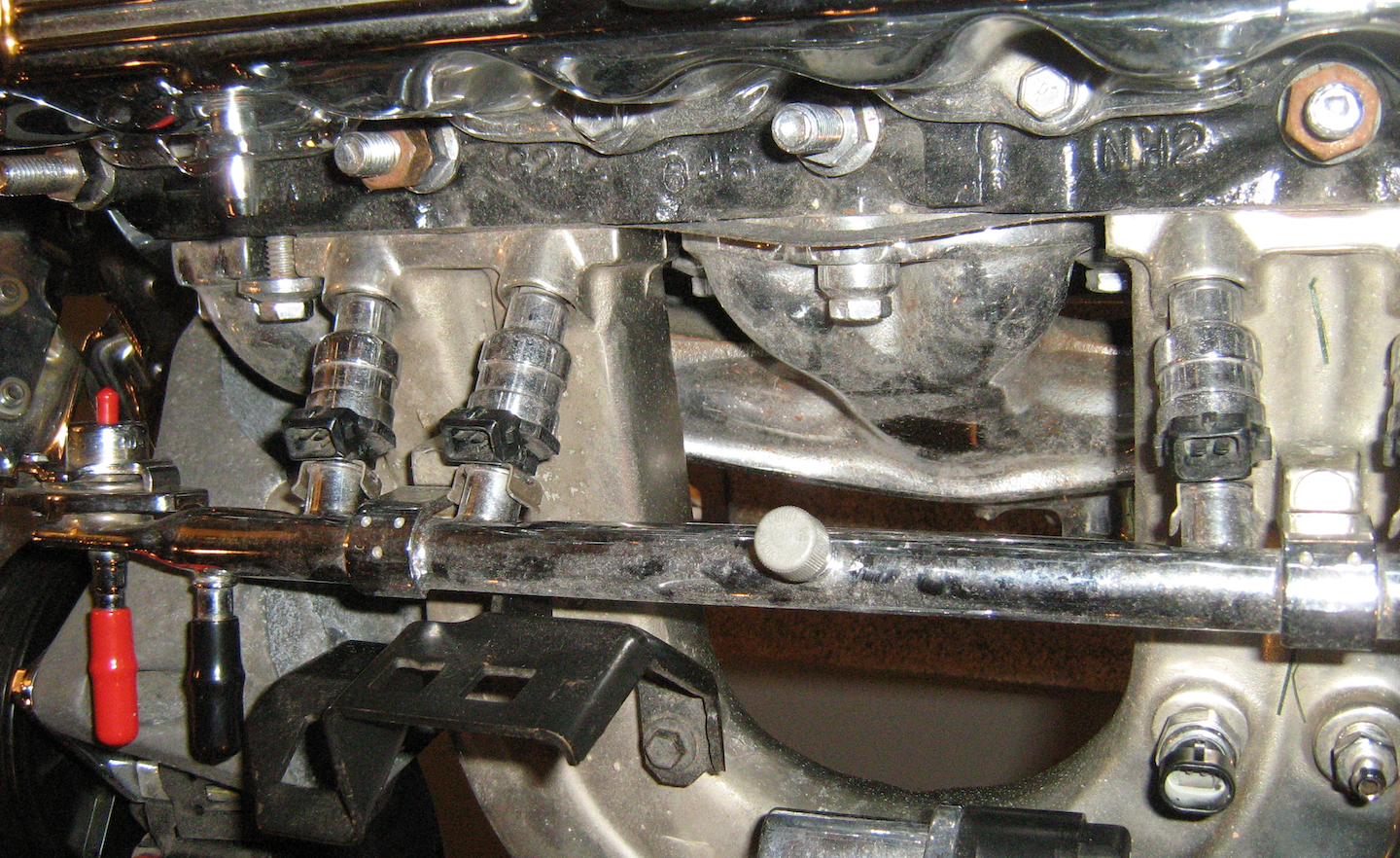 Fuel injection isn't new technology—it's been around almost as long as the internal combustion engine and was used in aircraft engines as far back as World War I. Chevrolet rolled out a mechanical-injection V8 in the late '50s, but electronic fuel injection is an entirely different technology.

You probably already know the differences between carburetors and fuel injection, and that they accomplish the same goal of adding fuel into an engine. Carburetors, and 1960s mechanical injection, use precisely calibrated mechanical parts to essentially dribble the fuel into the intake manifold, which delivers the air/fuel mix to the combustion chamber. Electronic fuel injection delivers much more accurate fuel delivery today, but it wasn't always so efficient.

Why carburetors died out

Carburetors were the go-to fuel-delivery system for many decades. They were cheap to manufacture and easily adapted to new engines and higher power requirements. Many enthusiasts still prefer carburetors, due to simplicity of tuning and troubleshooting. But back in the 1960s, the Los Angeles skyline turned orange with smog created by vehicle exhaust (among other sources). Concerns over air pollution led to emissions laws that mandated manufacturers clean up their tailpipe emissions. Carburetors are good for performance, but due to their imprecise nature, they can't make great horsepower, get solid gas mileage, and pass an emissions test, all with the same tune. Between the choke, the float bowl, accelerator pump, adjustment screws, and other parts, carburetors also had many mechanical parts that could become gummy over time. This means they were more maintenance-intensive, with a carburetor rebuild often being part of a routine maintenance schedule.

Manufacturers tried for a bit in the mid-1970s, but carbs became too complex and expensive trying to meet all these demands with very few input sources. A good example of this is the 1975 Corvette, with a carbureted 5.7L V8 making a sad 165 horsepower and only hitting 15 MPG highway. The mid/late 1970s were dismal times for gearheads.

Late-'70s high tech means more than 8-track disco tapes. State-of-the-art computers had assisted the Apollo moon missions and now were much smaller. Small enough to carry in a car. Manufacturers looked to EFI to solve their complex emissions problems. The first electronic fuel injection was basically just computer-controlled carburetors attached to a few sensors, like an oxygen sensor and throttle position sensor, all wired to an electronic control unit. This transitional technology worked reasonably well, but was complex and difficult to adjust and maintain as an engine aged and tolerances loosened. Still, it was enough to meet government emissions standards for a while before production switched over to electronic fuel injection.

Early EFI met the goals for emissions, but not for power or gas mileage, and it was viewed as unreliable. An example of the day is a 1980 Corvette with the California-spec LG4 5.0L V8. It made 180 horsepower and 16 MPG with a computer-controlled Rochester Quadrajet carb. Not great, but a slight improvement is still improvement.

Carbs were used for so long, manufacturers at first didn't seem to know how to build anything else. Single port fuel injection debuted in the early 1980s and looked like the familiar carburetor with a circular air cleaner on top of the engine. Look closer, and you'll find one or two fuel injectors in the throttle body, adding fuel to the air mix just before the intake manifold. Single port injection took the place of the carb but delivered precise fuel delivery, thanks to the computer-controlled injectors.

Gas mileage improved, but horsepower and torque left enthusiasts still purchasing carb-equipped cars or illegally replacing the EFI with a carb that they understood. Ironically, many enthusiasts today upgrade their classic carbureted ride with a single-port EFI system. A common example of single-port injection was Cadillac's digital injection, debuting on its high-end cars in 1980, or the 1985 Mustang 5.0L with central fuel injection. The 1982 and the 1984 Corvette featured cross-fire injection, and with it the 'vette finally made respectable numbers again, with the '84 clocking in at 205 hp and 20 MPG. Not huge, but certainly better than the emissions-choked carbureted cars of a decade earlier.

As gas mileage improved in the 1980s, power and reliability started to come back, too. This is where you started to see EFI components lasting over 100,000 miles. Part of that is thanks to multi-port EFI. This system uses multiple injectors to add fuel to the air mix just before it goes into the combustion chamber. Injectors usually spray the fuel before the intake valve, so it has a better air/fuel mixture than single-port EFI. This type results in better efficiency and performance. The one downside is complexity when diagnosing EFI related problems, and the need to replace more fuel injectors when they eventually wear out. To prevent deposit buildup on the valves, look into a fuel system cleaner to keep your multi-port injection running smoothly. MPFI swap kits are out there for the carb people who want to convert but are rarer and more costly than single port kits. Tuned port injection is a good example of this system, with the base 1990 Corvette 5.7L V8 making 250 hp and 22 MPG.

Computers got smaller and faster after the '90s, and the number of car sensors increased as manufacturers all adopted OBD-II as an industry standard for diagnostics, emissions, and performance. This allowed EFI to switch to a diesel-like system for even more accurate fuel metering.

Rather than adding fuel to the air in the intake manifold, direct fuel injection adds fuel to the combustion chamber, creating a couple of benefits. First, DFI provides the most accurate and precise fuel metering of any EFI system yet developed. Second, it allows higher compression ratios, for more power and cleaner emissions. The fuel is injected at an extremely high pressure, in the range of 500 to 3,000 psi. There is a second high-pressure fuel pump, usually located on the engine right next to the fuel rail to deliver these high pressures at exactly the right time. This is why we have vehicles like the 2018 Corvette. Its 6.2L V8 makes 460 horsepower, and the car can hit 29 MPG. Owners say 30+ is easily achievable if you keep your foot out of it, but why would you? This is a bigger engine, making three times the 1975 carb Corvette's power, but it still gets twice the gas mileage, all with reduced emissions. That's an impressive résumé, and EFI is the reason we can enjoy the amazing performance cars of today.