Common Problems with the Toyota Camry

Popular YouTube mechanic Scotty Kilmer is yelling at me for this one. "Toyotas are the most reliable cars ever made!" shouted at 280 words a minute. The truth is, while the Toyota Camry is an excellent car with an impressive reputation for reliability, it still requires maintenance and even occasionally breaks down. Here's a look at what you need to know before buying a used Camry. 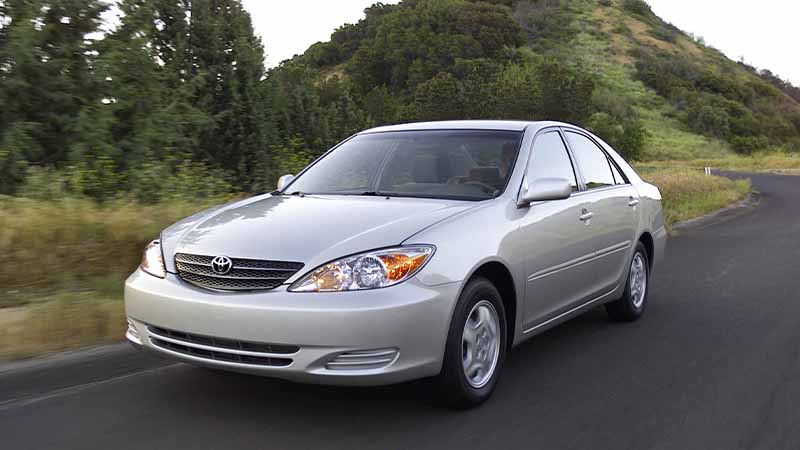 Before the crossover, the midsize car was a huge seller. Toyota figured out the recipe better than most and was rewarded with huge sales numbers, often well above 400,000 Camrys per year. While sometimes derided as a dull “vanilla" car, the Camry found critical acclaim too, with several Car & Driver 10 Best List recommendations and Motor Trend's Car of the Year award in 2007. It's a tough task to make a car with broad mainstream appeal. Everyone can appreciate a 911, but a daily driver needs efficiency, tech, power, roominess, and reliability in one package and all at a great price. The Camry has that last one in spades, but parts wear as it ages. Generally speaking, the Camry's most common problem areas are:

Starters often wear out on an older car simply due to the large work requirement of starting an engine, and their constant proximity to engine heat. Camry owners report that the most common symptoms of a failing starter are slow-starting and a failure to start. One free diagnosis trick is to (lightly) tap the starter with a hammer, unsticking the internal parts long enough for you to get to your local Advance to buy a replacement. 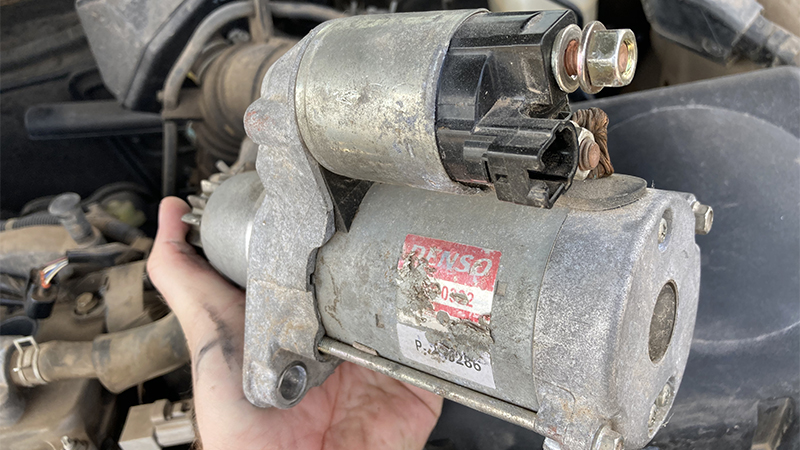 A starter from a Toyota Camry | Andy Jensen

Despite being buried in the engine bay, replacing a Camry starter is an easy enough task for a beginner, with no special tools needed, and the steps are nearly identical for I4 and V6 engines. Let's get started. 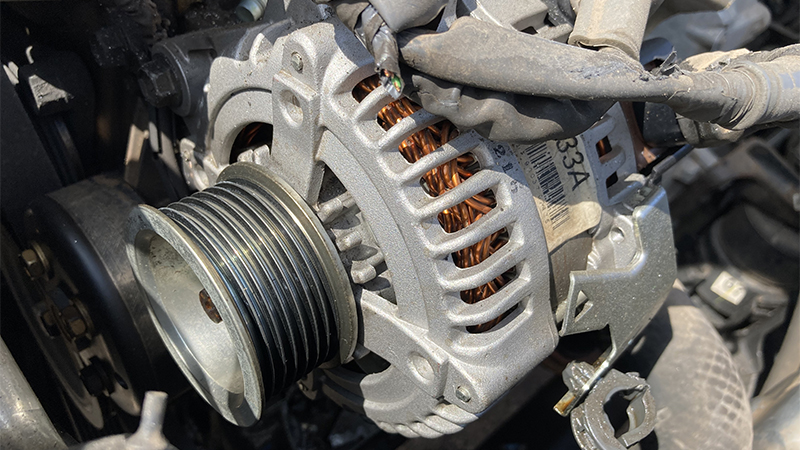 An alternator installed in a Toyota Camry | Andy Jensen

Older mechanics consider an alternator as a wear part to rebuild. As the internal bearings and brushes lose efficiency, there is a temptation to save money and rebuild it yourself. Most owners opt to save time and swap out the alternator. The most obvious sign of a failing Camry alternator is dimming headlights. Other symptoms of a failing alternator include a battery light on the gauge cluster, or a completely drained battery. For task difficulty, this one is actually faster and easier than changing your own oil. Here's how to get it done.

The Camry manual recommends checking your coolant every 5,000 miles, and replacing the coolant at 30,000 miles or three years. If you waited 100,000 miles too long, your cooling system is shot and it's time to replace the radiator. More likely, road debris or a front end collision damaged the radiator. Radiators are often difficult and/or expensive to repair, so it's usually easier and cheaper to swap them out. This is not a beginner's task, but can be done if you have some mechanical experience and a few hours free.

Use a couple of old spark plugs to stop drips from the disconnected transmission cooler lines.

5. Assembly is the reverse of the above, with no specific torque specs recommended in the Camry manual. Be sure to bleed the air out of the cooling system as a final step.

Replacing a Camry water pump is a more complex task. You should be comfortable handling a timing belt replacement, then follow the general guide for replacing a water pump. Toyota's severe service schedule recommends changing the timing belt and water pump at 90,000 miles. The most common sign of a failing Camry water pump is a coolant leak making a puddle under the car. Other signs include a distinctive growl/groan from the engine bay, an engine running hot, and a check engine light or coolant light.

Maybe your Camry failed an emissions test, or you're just not getting the gas mileage you used to. This isn't something you just have to put up with, and a 20-year-old car can still pass emissions and retain the horsepower and MPGs of when it was new, it just maybe means your Camry needs a new catalytic converter. Cats don't usually “break" in the traditional sense, unless it takes a direct strike from road debris. Due to age and how they work, hundreds of thousands of miles mean a cat gets clogged when the internal catalyst elements are worn out. A misfire condition, caused by anything from a failed spark plug to a burned valve, will accelerate catalytic converter failure, so be sure the vehicle has no underlying conditions that will damage a new cat. Camry owners say the most common sign of a failed cat is when the check engine light is illuminated, and the PCM gives a P0420 code. 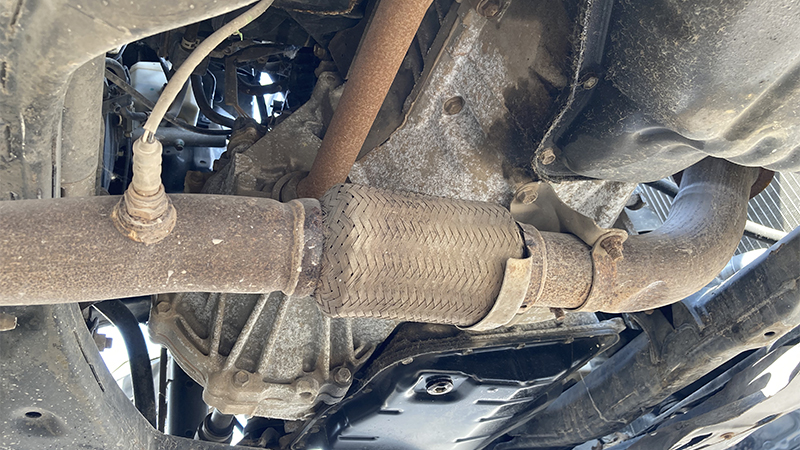 A catalytic converter on a Toyota Camry | Andy Jensen

If you're looking for a new catalytic converter, swapping it out is pretty simple. Note that starting with the 2000 model year, the Camry has two catalytic converters, but it's usually only the first one failing that sets off a check engine light.

Join any Toyota owner's forum and visit the Camry section to see owner complaints on the door lock actuators. This one is minor, but still annoying. Common symptoms are when the lock/unlock button works for most doors, but not the passenger door, requiring you to reach over for a manual unlock. Owners on Toyota Nation have a theory that Toyota switched to a cheapo supplier at one point, which sounds logical as it explains the short-lived actuators in some cars and why others last forever. 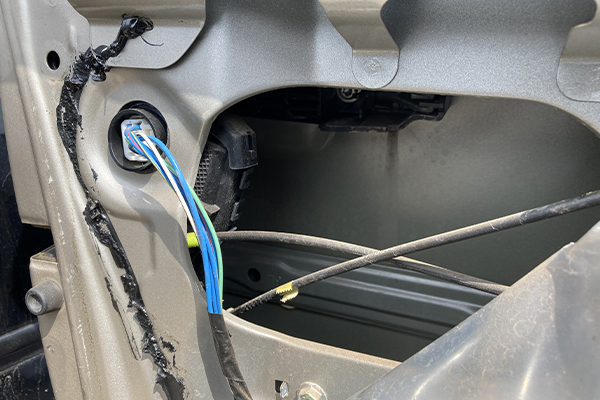 With the door panel removed and moisture barrier pulled back, access to the door lock actuator is simple. | Andy Jensen

Before you start, check the circuit protection first, as you may have just blown a fuse. For just a couple bucks and a minute or two, it's worth a try. If a new fuse didn't solve it, operate the door lock/unlock and listen for the movement of the actuators. If you don't hear one, that specific unit has a power problem. Check for voltage at the actuator when pushing the lock/unlock button. If it's getting power, then the wiring is fine and it's time to replace the lock actuator.

The steps here are fairly easy, but this takes a couple hours and looks complicated.

Have you got a Toyota Camry? Let us know in the comments below what Camry problems you've seen.

Tips for Detailing a Car Interior

How to Clean Battery Corrosion

Chris Fix: How To Change A Clutch

Give Your New Used Car a Clean Bill of Health