How to Install a Block Heater

Brutally cold winter temperatures are as hard on your vehicle as they are on you, so help out your ride with an engine block heater. Block heaters commonly cost under $100, offer multiple benefits, and are easy enough to install by a novice in under an hour. It's a fairly old idea—in WWII, troops would sometimes build a fire under the engine of a tank or truck to make it easier to start on a frigid winter morning. This one part will make your winters a lot more tolerable, so let's get started. 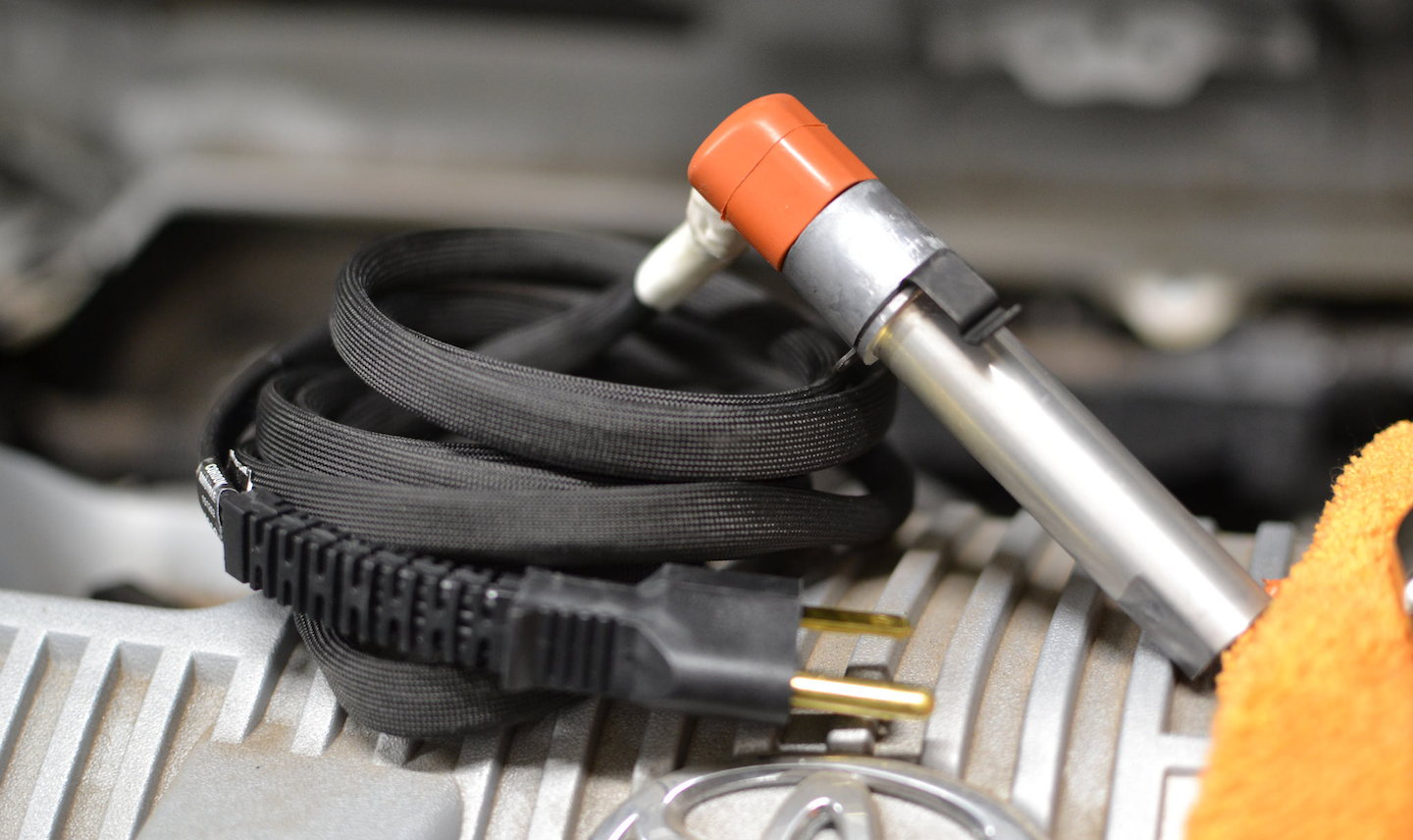 An engine block heater is a simple device that uses electricity to power a heating element that warms the engine block and engine oil. Depending on the model and style of heater, it might also warm the coolant. There are several styles, but they all work generally the same, by plugging into a standard electrical outlet with a goal of warming up the engine oil before the engine is started.

The easiest type of block heaters to install are the magnetic or flexible pad type that attach to the oil pan. These universal block heaters are great because you can easily use them on different vehicles, including ATVs and snowmobiles, or even use it to thaw frozen pipes. The downside is you might forget and leave it at home when you need it. Today, we'll cover installing the permanent type that slides into the engine block. It's a little more work but looks like a factory install and can't be left at home.

Tighten down the zip ties, so the cable cannot move. This will prevent engine vibrations from causing rubbing wear.

How To Replace Power Steering Pump

How to Replace an Oil Pump

How to Diagnose and Replace Overhead Cam Timing Chains