Wheel studs, also known as lug studs, secure the wheel to the axle or hub on your car in combination with lug nuts. Over time, they can rust or break, requiring replacement. Custom wheels may also require studs that are longer than the originals. You might think that you need to take your vehicle to a shop to replace the studs, but you can usually save money and time by doing it yourself. This is one of the most common tasks you'll run across on an old vehicle or on a restoration project for a vintage car or truck. 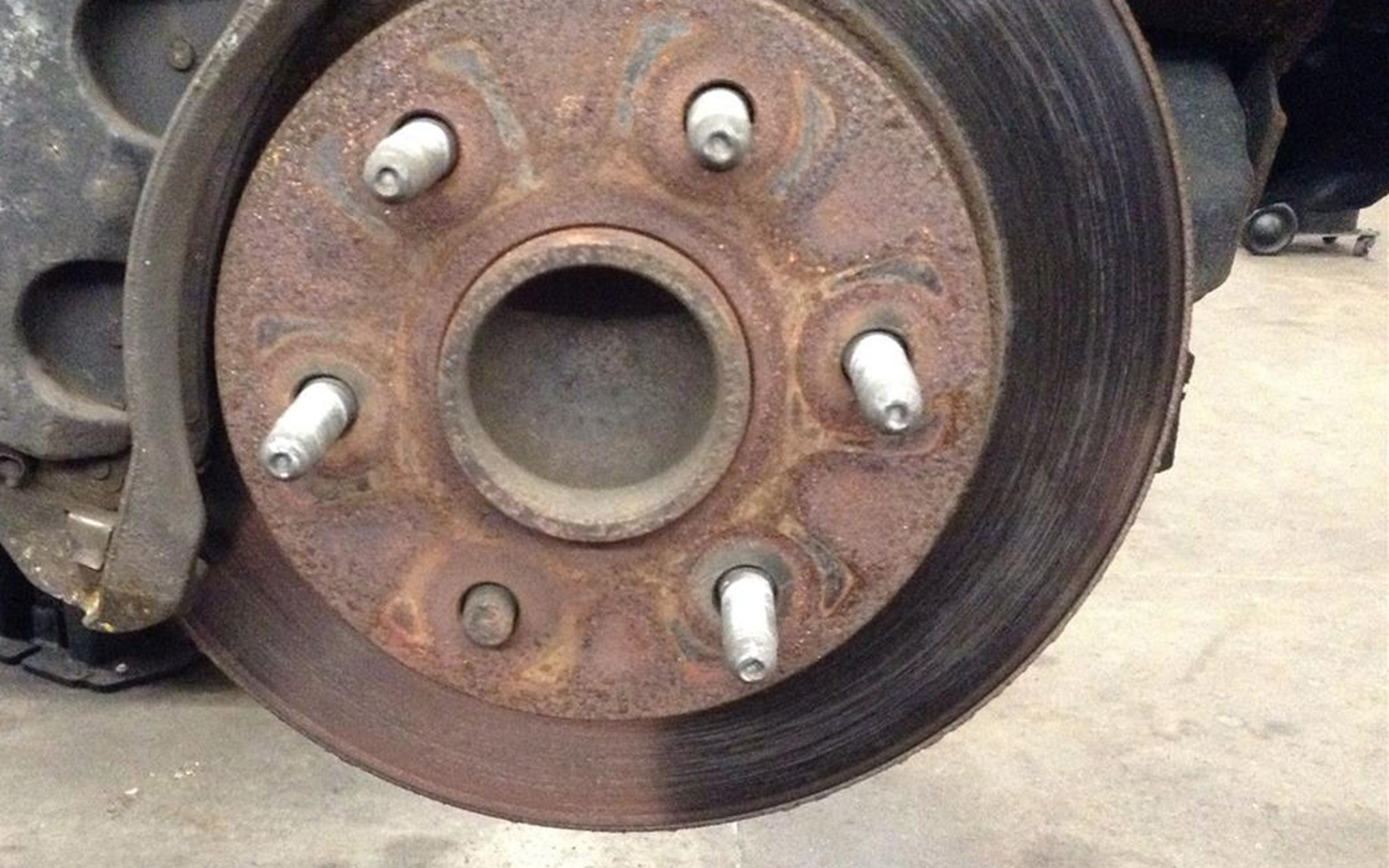 All photos by Mike Aguilar

Buy two new lug nuts for each stud being replaced. The wear incurred during installation of a new stud makes the lug nut unusable.

You can modify a shallow 9/16 or 5/8-inch impact socket to become a wheel stud installation spacer and this will get the wheel stud most of the way in, but a few washers will almost always be required to fully seat the stud.

This process is much more involved on front-wheel drive vehicles, as higher torque values and hub bearings are involved. An unacceptable modification of the wheel stud is also usually required to clear the knuckle bulge around the hub assembly unless these are separated. For this reason, removal and reinstallation of the hub assembly is all that will be covered here. Take the hub assembly to a qualified shop to install the new studs.

If you have noise or a wobble coming from the hub bearing, it might be more economical to replace the hub assembly with one from Advance Auto Parts. You'll pay more for parts but save significantly on labor and time lost.

How to Diagnose and Replace CV Joints