The Best NASCAR Fan Experience - Tips From A Pro

NASCAR offers some great racing for TV, but like most things, it's way better in person. From feeling the roar of the engines, to the best seating, and music attractions, behind-the-scenes access, and track food, there's a lot more to it than just buying a ticket. To paraphrase Darrell Waltrip: “Boogity, boogity, boogity – let's go watch some racing!" 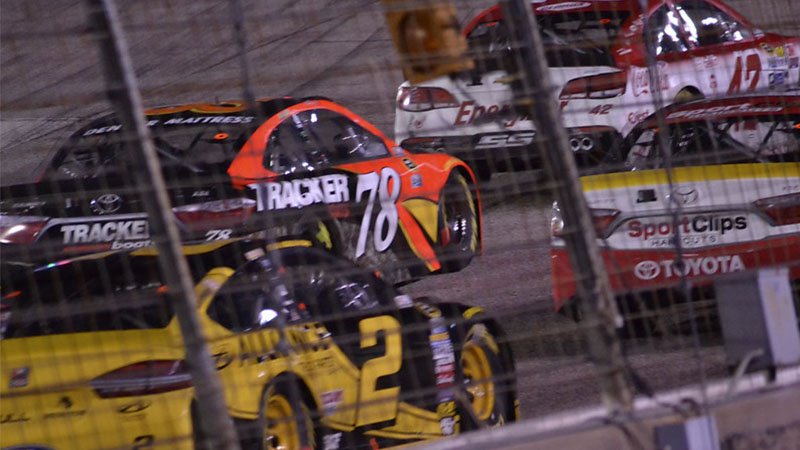 Planning for a Race

The best way to make sure you have a great time at a NASCAR race is to plan ahead. There's a lot of options here and the different tracks offer different experiences.

Richmond is an old school tight oval track, while Sonoma is a road course with hard concrete benches in the desert heat. Charlotte seems to be a fan and driver favorite, with both sides saying it's a great time. Seating and viewing distances differ among tracks, as do add-on fan experiences. You can spend as little as you want on just the tickets, or go all out with luxury viewing suites, expensive food, and behind-the-scenes action. If this is your first time out, you might want to look into an experienced NASCAR tour group. 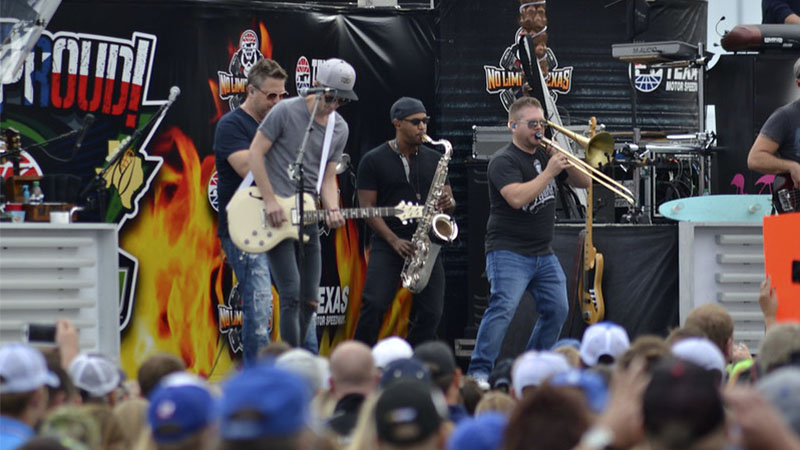 “All we do is NASCAR," said Justin Macy, owner of RaceAway Hospitality, which has provided experienced guided tours to NASCAR races since 2002. “We put together packages for fans, we work with hotels and transportation providers to charter motorcoach transportation. We work with the tracks to setup blocks of tickets, and we'll do some hospitality services, such as organizing catering." 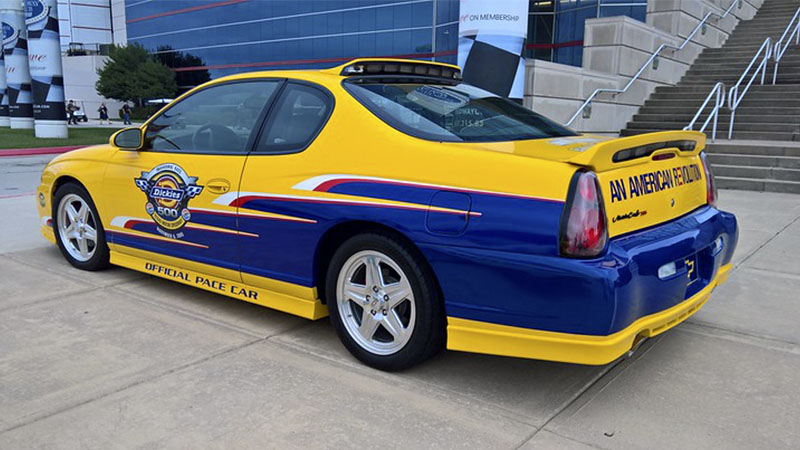 Additional benefits include being able to get on a warm and dry bus during a rain delay. Tour groups can get you hotel discounts, upgrade your seats to glassed-in, air conditioned, box seats. If all that fanciness isn't your thing, Macy advises at Talladega, or other super-speedways, to get as high as you can or you won't be able to see it all. Consider the time of year, and side of track you are on for sun/shade so you aren't getting burned or trying to view the race into the setting sun. 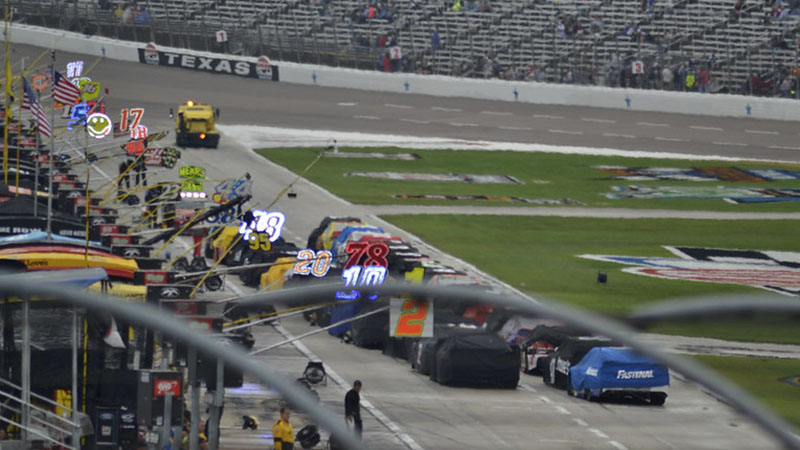 Speaking of seating, counter to every concert you've ever been to, the best seats at a NASCAR race are not in the very first row, especially on the straights.

“We select seats based on the track and its sight lines," said Macy. “For example, Charlotte is one of the legacy speedways, and down in front, your sight lines are going to be blocked by infrastructure in the infield. You're gonna see a small snippet of the action on the track. The seats we select are above the infrastructure. A lot of people like to sit as high as possible." Macy said that is the best viewing angle to follow a car all the way around the track. 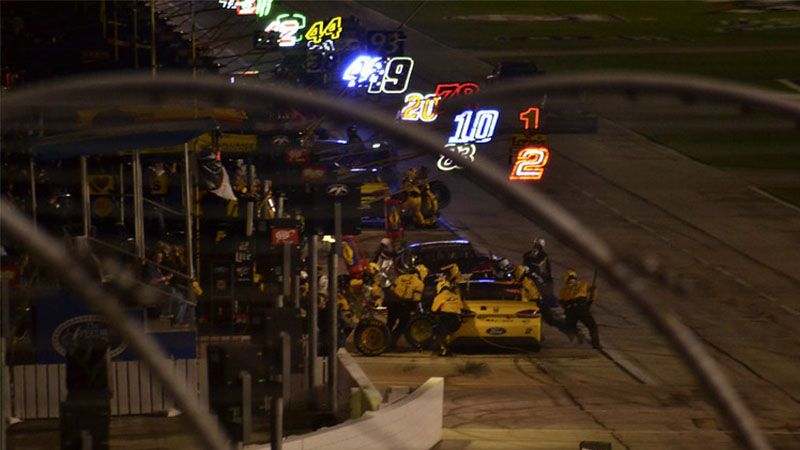 “Typically if you get 20 or 30 rows back at any of the tracks, you're gonna be high enough to see most of the track." Be aware that at road courses, you only get to view one corner of the track from your seat and the rest you'll have to watch on the big screen.

Another huge issue that surprises the unprepared visitor is in the parking lot. Bristol Motor Speedway can seat 162,000 people. That makes the parking lot a nightmare right before and right after the race. After the race, the track might have a Pedestrian Hold lasting up to an hour, during which roads are blocked to vehicle traffic so people can safely cross.

“Parking is one of the biggest benefits to utilizing a tour group," said Macy. “The chartered motorcoach has preferential treatment getting to the stands or when leaving after a race." While this makes an instant traffic jam, it makes logistical sense, as letting a bus go first gets more people off the grounds versus your minivan. “It varies by the track, but Bristol is a track that's cognizant of getting charter buses out of their lots. Some places even have police escort—Homestead Miami and Indianapolis, for example." 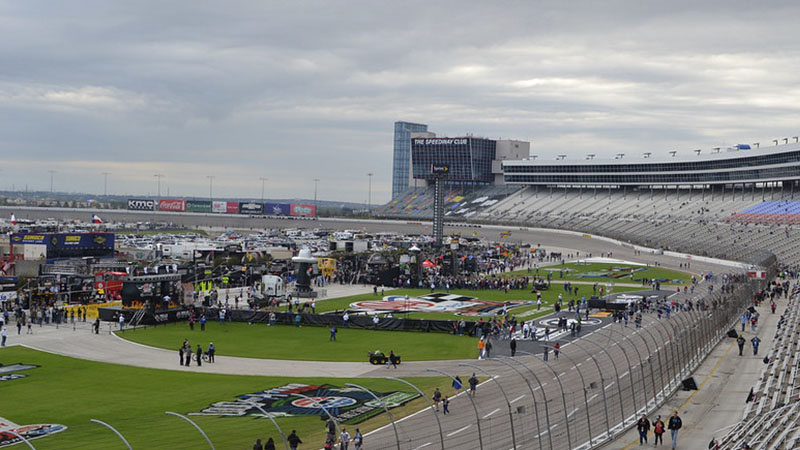 The view before the race | Andy Jensen

Like an international flight, you want to get there a few hours early. No, you won't get bored, as you can walk around and check out the track without the crowds. There's usually a vendor section out front, with pop-up shops offering t-shirts, socks, bobble heads, and beer coozies of your favorite driver. These tracks are huge, and you'll probably keep the Fitbit happy. Expect 20,000 steps that day, so try to stay hydrated even if you have to buy the $4 bottle of water.

Before you head to your seat, look for the stations renting race scanners. These handheld tools offer additional insight if you're really into following a specific driver.

“There's a couple different types of scanners," Macy said. “All three or four of the different types are a handheld unit that headsets plug into. It serves a couple purposes. First, it lets you hear the driver/crew chief conversations during the race. You can scan into multiple teams if you want. Or you can just tune into the TV/radio broadcast (for professional commentary), and they also serve as ear protection." 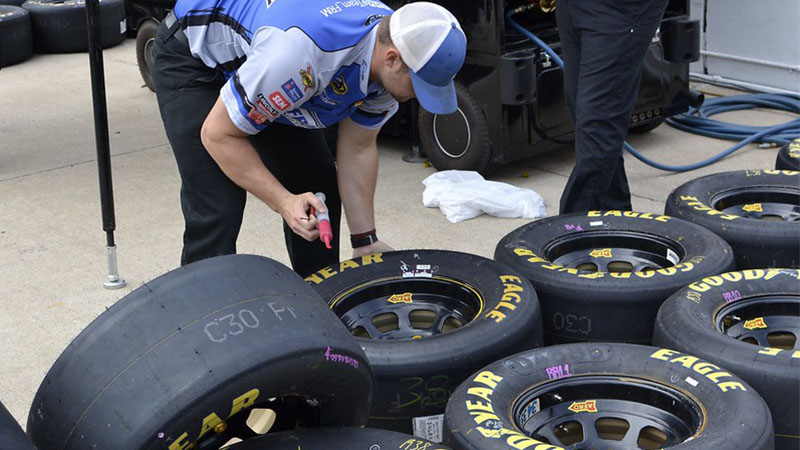 On that note, bring ear plugs, or buy the expensive ones at the track. Your average racetrack runs right at 100 decibels, which can cause permanent hearing damage. NASCAR racer's exhaust systems are mostly just long tube headers running to a collector and then “boom tubes" out the side exit. Imagine an 850+ horsepower V8 revving past 9,000 RPM. Now imagine 43 of them doing that for three hours. Your ears will feel as beat as Kyle Busch's tires. 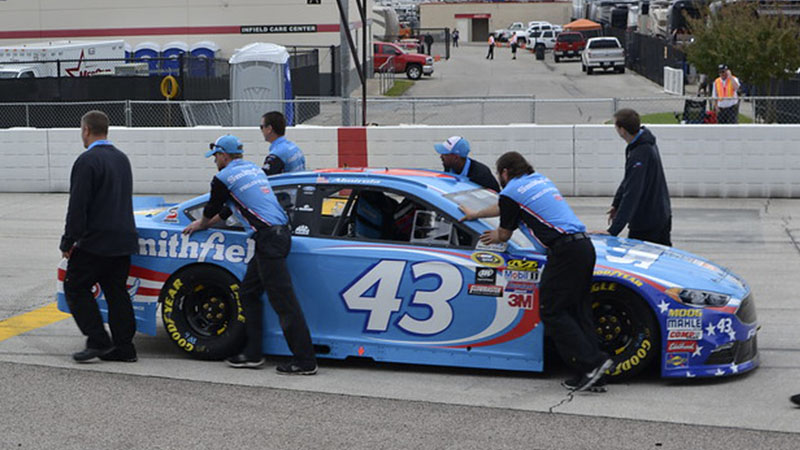 Prepping before the race | Andy Jensen

Additional options like a pit pass allow you to walk around the race pit before the race. You can chat with crew, take selfies, and generally get an insider's perspective of what happens before the cars hit the track. Much more exclusive, garage passes are similar, offering a cool close up view of the tech in action. While the pits prep the tires and tools, the garage shows the crew working on the race cars. Many times the crew is willing to answer fan questions about what they're doing, too. 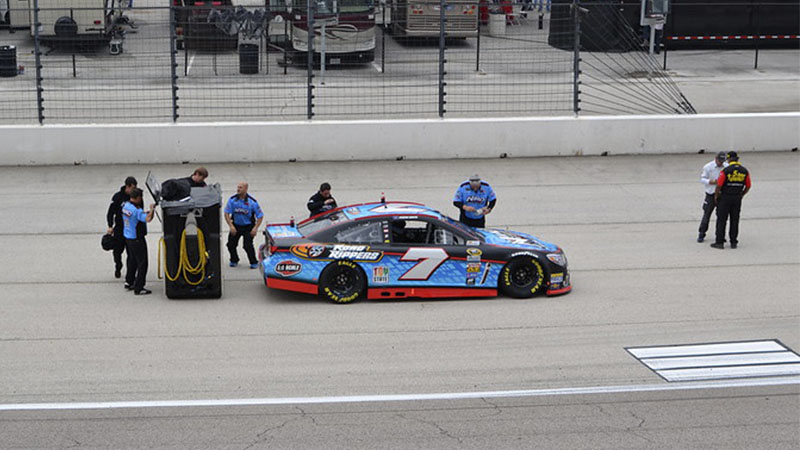 According to Macy, finding your favorite driver in the pits is rare, and the garage pass is a better bet. “Charlotte Motor Speedway comes to mind. We have a relationship with them and we're privileged to take some guests down to the infield on race day, and sometimes we'll run into drivers. Typically drivers are pretty good about signing autographs. A lot of times the best way to get close to the drivers on race weekend is to follow their website and watch for arranged autograph signings. A lot of times they'll do those at their individual merchandise trailers." Another tip if you want to high-five Ryan Blaney is to follow his social media for times and locations of meet 'n' greets. 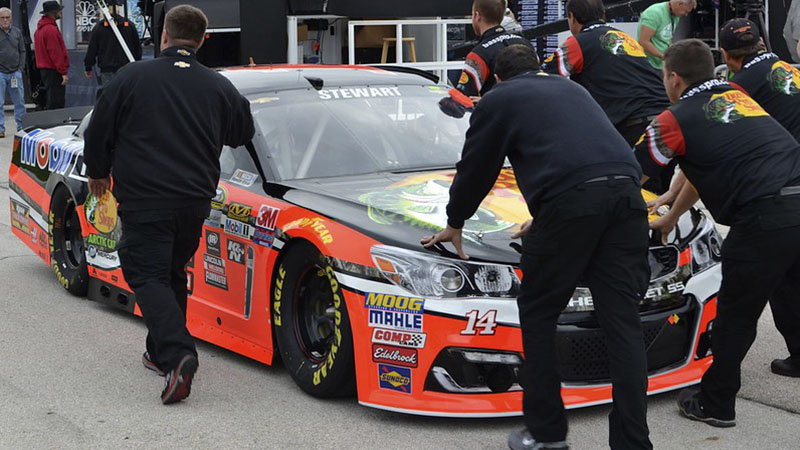 Also, if you nerd-out on everything NASCAR, check out qualifying, as it can reveal the technical aspects of the track and capabilities of the car's setup and the skill of the driver. Qualifying is usually Friday when few show up, so sit wherever you want. Finally, the “minor leagues" Xfinity Series race is a cheap ticket on Saturday, which almost always makes for good racing with upcoming drivers trying to earn their spot in the NASCAR Cup Series.

With lots of diehard fans together at the track all weekend, it makes for a fun and unique race experience. Ever viewed NASCAR in person? Let us know your tips in the comments below.

Courtney Force Explains the Thrill of Driving a Funny Car

Why IMSA Sportscars Is More than 24-Hour Endurance Racing

There's More to Motorsport Than NASCAR

Formula E: The Future of Racing?

The Most Cost-Effective Ways to Go Racing

Get a NASCAR Weekly Series Flag