Seen any automotive news lately? You might have seen one or two (hundred) articles about the new eighth generation Corvette. The big news for 2020 is the mid-engine layout, but there's also a new V8, interior, and suspension design. Here's a detailed look at why the C8 will be turning heads for years to come. 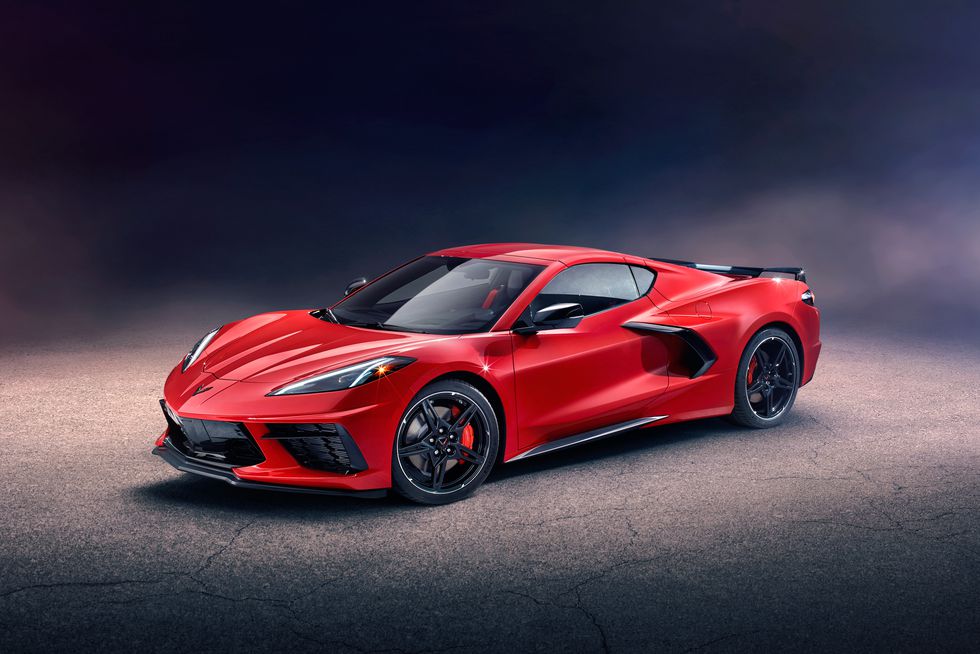 What's Under the Hood?

The biggest Corvette news is the mid-engine design, moving the engine from under the long hood to just behind the driver. Relocating the heaviest single piece of the vehicle, the engine, to the middle of the car tends to make for excellent weight balance, directly translating to brilliant handling. GM previously tried some fun mid-engine cars through its history with mixed results. Hopefully car enthusiasts remember the fun of the Fiero, and not the problems. We're a full three decades since the Pontiac left showrooms, and high-end exotics from Lamborghini, Ferrari, McLaren, and others have the mid-engine layout figured out.

Beyond the engine location, everything else about the Corvette is new too. The LT2 V8 is an evolution of the C7's LT1, and stays with tradition with a cam-in-block OHV design. The 6.2-liter V8 sits ahead of the rear axles, making 490 horsepower and 465 lb-ft of torque, driving that through a lightning fast Tremec eight-speed dual-clutch transmission to the rear wheels. That DCT is the only transmission currently listed, but you can bet Chevy will make a manual if the demand is there, like Porsche did for the 911 R.

The Z51 performance package returns for this generation, including a revised suspension, 13.6" brake rotors and four-piston Brembo calipers, and a sport exhaust system that increases power and torque by 5hp and 5 lb-ft. With the Z51 box checked, you can blast to 60 in under three seconds. Additional speed tech includes launch control, and an electronically controlled limited-slip differential that pulls info from the tire pressure sensors to fine-tune handling.

Many Corvette fans are celebrating the lack of leaf springs. While the composite mono-blade spring in the C7 was lightyears from the leaf springs on your old '70s truck, purists were hung up on the name. The C8 uses a modern forged aluminum unequal length double wishbone suspension front and rear for supercar cornering, with bumps controlled by fourth-generation Magnetic Ride Control in a contemporary shock and coil spring setup. Wheels on the base model are huge, at 19 inches in front, and 20 out back.

All of this new tech makes the Corvette light-ish for a modern performance car, at 3366 pounds. That's about 100 pounds heavier than a V6 Nissan 370Z, or 200 pounds lighter than a Mustang GT. Keep in mind, all this is the base model 'vette, not a Z06 or ZR1. Those badges will lower the weight and increase the price, but also dramatically improve the performance in the coming years.

An Interior Worthy of the Price

Chevy's pure sports car finally has a world class interior too. The C7's interior was decent, but it did fall short of nearly every other car in it's price range. The C8 addresses interior shortcomings, with a driver-centric cockpit design, all covered in stitched leather. Gauges are gone, replaced by a fully digital instrument cluster, and the shifter is out in favor of jet fighter inspired buttons and toggle switchgear. On the tech side, you've got voice controls, WiFi, NFC, wireless charging, and over-the-air updates. The car can even remember where speed bumps are, and raise the front suspension by two inches to clear them.

It'll still be a great weekend cruiser, thanks to the dual overdrive transmission delivering low highway revs, and there's plenty of space for your stuff with front and rear trunks. There's even a right-hand drive model for the UK and other places that drive on the wrong side of the road.

Why the Eighth-Gen Corvette Matters

With all the changes, it's fairly understandable that some purists complain about tradition, saying the C8 is not a “real Corvette." The thing is, the Corvette has always been about breaking tradition. The first 1953 model targeted European imports, a beautiful roadster based on a clunky sedan, complete with carbureted straight-six engine and two-speed automatic. If Chevy had kept to that tradition, the 'vette wouldn't be the icon it is today.

It quickly gained a V8 and manual transmission, then flip-up headlights replaced the fixed lamps. No one complained that it wasn't a real 'vette. Corvette gained mechanical injection in the late '50s, electronic fuel injection in 1980, a DOHC engine in the 1990 ZR1, and then lost the flip-up lights in 2005. All of those changes improved the equation of performance for the dollar, the real Corvette tradition.

“It looks like a Ferrari," reads a few early complainers. While there are some Ferrari lines in the new Corvette, you could argue that's always been true. The C7 resembles an 812 Superfast, and going all the way back, a C1 resembles a 250 GT, and a C2 shares similar lines with a 275 GTB. Still, an affordable Chevy sports car looking like a quarter-million dollar Ferrari F8 Tributo isn't a bad thing, especially when it's one-fifth the price.

And that brings us to the biggest reason the Corvette still matters in its eight generation: price. Chevy says the base price is under $60,000, which is only a few grand higher than the 2019 C7's base price, and still in the “affordable dream car" range. This is a game changer every bit as big as the 1991 Acura NSX.

The Corvette has always been a good looking sports car for a great price and for the eighth generation, that's no different. The formula that's worked so well for over six decades continues with the C8.

With stealth fighter looks, an impressive driver-focused interior, and huge potential for future upgrades, the C8 takes Corvette from America's Sports Car to the best performance value on the planet.

So what do you think on this new mid-engine Corvette? Let us know in the comments.