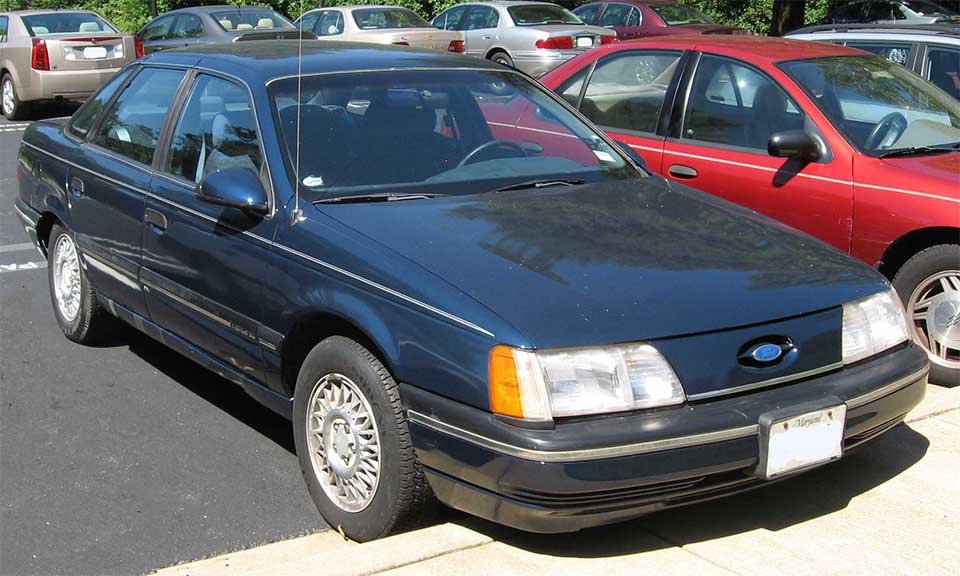 What do you think of when you think of Ford cars in the 80s? The Escort, underpowered Mustangs, the LTD? Chances are "quality" and "innovation" aren't what comes to mind when you think of 80s Ford products — in general, the 80s weren't kind to any of the Detroit Big Three automakers.

When you think back on the Ford Taurus (R.I.P.), you probably don't remember much of anything. Looking back today, the Taurus seems like a pretty vanilla people-mover sedan, but the truth is that the first-generation Taurus was a game-changer for Ford. It was a car that was such a ground-breaker at the time that it left other manufacturers playing catch-up.

Ford: A Company in Trouble

In the late 70s and early 80s, Ford was really in trouble. They were carrying a huge debt obligation, and like Chrysler and GM, were unprepared for the OPEC oil shocks of the 70s. Ford was still turning out outdated cars like the Ford Fairmont, Granada and Lincoln Town Car — rear-wheel-drive cars with live axles and leaf springs — all with indifferent build quality. The Japanese makers were eating Ford's lunch and something had to give.

In '81, it was time to come up with a replacement for the midsize Granada (anyone remember those?). The Escort and Tempo were both on the market already, and both had a European pedigree and development process, so Ford took a couple of pages from that playbook. "Team Taurus" brought in people from design, engineering and marketing to start with a completely blank sheet of paper. The project had a budget of $3.5 billion, the largest in Ford history. By comparison, the subcompact Fiesta only had a development budget of $870 million. 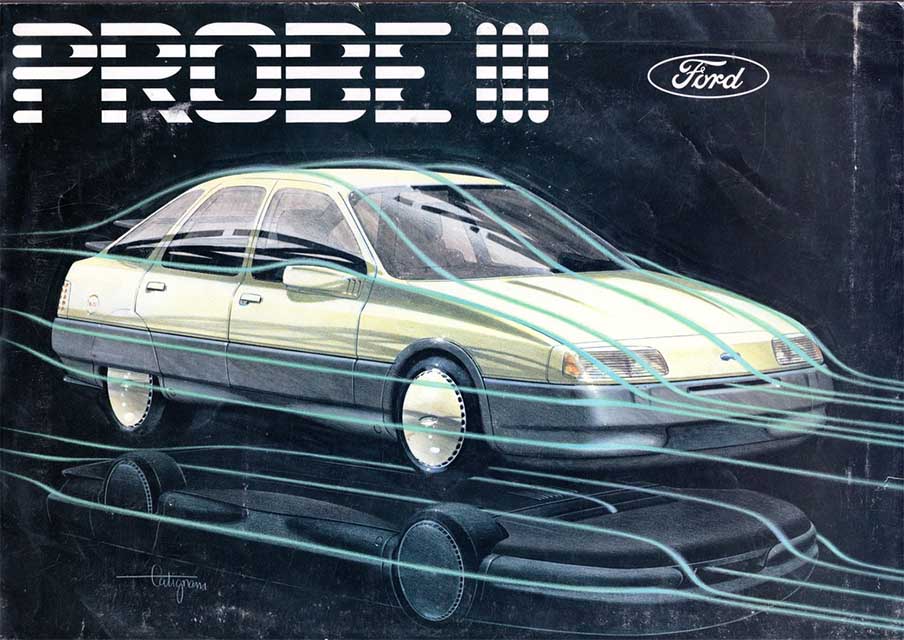 Team Taurus met with focus groups to determine what they were really looking for in a sedan or wagon; not just things like legroom and power and features, but even insurance costs, ergonomics and comfort for the driver and passengers, ease of parking and repair costs/serviceability. Their engineers dismantled competitors' cars (including a BMW 5-series) to see what made them tick, meticulously reverse-engineering them to look for strengths and weaknesses. With such a huge investment, if the Taurus was a flop it would almost certainly have torpedoed the company and sent it into Chapter 11 bankruptcy. 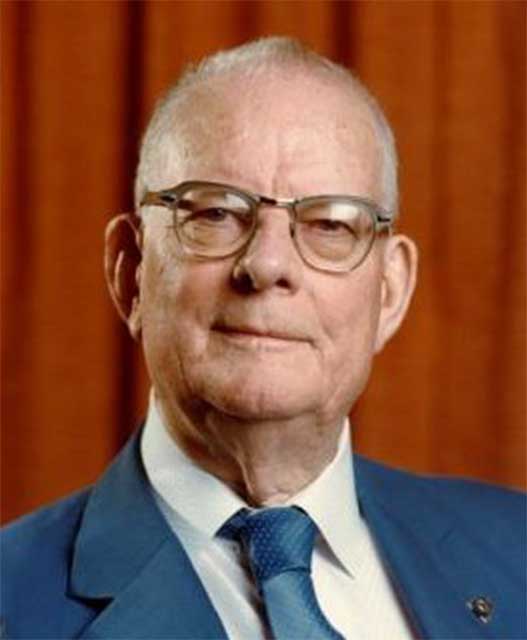 Educated as an electrical engineer, W. Edwards Deming is a semi-legendary name in manufacturing. He pioneered the science of statistical process control, using run charts, control charts and continuous improvement to track quality control in manufacturing. Deming's philosophy tracked quality in real time rather than an inspection method for finished products, allowing for corrections to be made on the fly and cutting down on the amount of waste, reworked or scrapped products.

Deming's early work influenced production and quality engineering during WWII, and he went on to be a leading consultant for Japanese industry after the war. To this day, the Deming Prize is one of the highest accolades in Japanese business. Deming was recruited by Ford in 1981 and surprised management by focusing on the company's culture as much as manufacturing processes. He went so far as to tell top-tier execs that the company's management was responsible for 85 percent of the problems in developing new products. He was insistent on long-term vision that went far beyond quarterly dividends and stated: "Long-term commitment to new learning and new philosophy is required of any management that seeks transformation. The timid and the fainthearted, and the people that expect quick results, are doomed to disappointment."

Deming's work had a profound effect on the culture at Ford, from upper management all the way to the assembly line. In the early 80s, this new emphasis on quality prompted the marketing slogan "Ford: Quality is Job One." It was a far cry from the days when a car might leave the assembly line with a Thunderbird badge on one fender and a Cougar badge on the other, simply because nobody was paying attention or cared.

One of the first things that people noticed about the new model was its looks. Body styling for the new model was actually farmed out to Ford's Turin, Italy design studio and the first renderings were rather wild, including things like an all-glass roof. In the end, the Taurus had an aerodynamically-slick design that helped the car meet the CAFE standards that were in effect in the 80s. New developments in materials allowed for sculpted European-style headlights (the Taurus had more than 80 lbs of different GE-developed polymers that helped dramatically with weight savings).

The front end didn't have a conventional grille; instead, there was a "bottom-breather" air intake below the bumper. The windows were flush with the doors, helping keep road noise down as well as improving drag. It was a little controversial, with some referring to the Taurus as a "flying potato" or "jellybean." The end result was a car that looked unlike anything else on the road. This was at a time when many American and import models were starting to look the same; blocky and angular and boring. And all that wind-tunnel research paid off, with a drag coefficient of .31.

The new thinking was applied throughout the whole vehicle, with well-thought-out interior appointments and controls. For instance, the Taurus was the first vehicle to use power window switches with a dimple for "down" and a dome for "up," making them identifiable by touch only, as well as the first to automatically lower the driver's window completely with a single touch. It was designed with steering wheel controls for the radio and cruise control, all identifiable by touch only, and a dash that curved around to the driver's left for easier access.

Upholstery, dash and door panel materials were all greatly improved, with better support for the driver and an adjustable lumbar support. The front-wheel-drive platform, with a wide track for all four wheels, made for a roomier interior with no driveline hump. It was also offered with a wide range of options and trim levels, from the spartan L model to the plush LX trim. The Taurus was available with a high-powered six-speaker premium stereo, lighting packages and other niceties that weren't real common on midsize sedans at the time. Even the engine compartment was designed with aesthetics in mind, with things like the transmission dipstick, oil dipstick and power steering pump clearly labeled and easy to access.

Under the hood, buyers had a choice between a 90-horsepower 2.5-liter four-cylinder or a 140-horsepower 3.0-liter Vulcan V6. Most buyers went with the V6, a pushrod engine with electronic fuel injection that offered good fuel economy and performance that was adequate for a car that weighed a shade over 3000 pounds. Buyers could choose from a five-speed manual or new four-speed automatic transmission. However, the Taurus' stablemate, the Mercury Sable, was never offered with a manual transmission.

For the 1989 model year, Ford offered the Taurus SHO (Special High Output), with a Vulcan engine that had been redesigned with new cylinder heads from Yamaha. The engine was completely beefed-up, to a point where it barely resembled the Ford Vulcan engine anymore.

It came with a new intake manifold, dual overhead cams, four valves per cylinder, a distributorless coil-pack ignition, an engine management network of sensors and switches that's still sophisticated by today's standards and a wound-up redline of 7000 rpm. The team that tweaked the Mustang for its SVT package worked on the hotrod Taurus, including enhancements like a stiffened, lowered suspension, four-wheel ABS disc brakes, fog lights and quicker steering. The result was a sedan that was eager and responsive, but still offered great ride quality and comfort with an unobtrusive sleeper appearance.

The SHO package put out 220 horsepower and could shoot the Taurus to 60 mph in 6.6 seconds. The quarter-mile went by in a tick over 15 seconds, and the SHO topped out at 143 mph. That may not sound that impressive today, but the SHO actually outclassed cars like the Mercedes 300E, Audi 200 Turbo and Saab 9000. In fact, the only production sedans of the time that could touch it were the BMW 750iL and M5 — at a sticker price that was triple that of the Ford.

The Gamble Pays Off

There was a lot riding on the success of the first-generation Taurus, and Ford did hedge its bets somewhat by still offering some of its more stodgy cars alongside the Taurus. In the end, though, the new model proved extremely popular with the public, selling more than 200,000 units in its first year and more than two million by the time the second-generation Taurus came along in 1991.

It was named Car of the Year by Motor Trend and made it to Car and Driver's Ten Best list for 1986. The Taurus even became a movie star, with the cops in the 1987 hit RoboCop driving matte black Taurus LX sedans. Over the years, the Taurus went through five generations (with a hiatus for a year or two) before it was finally discontinued in 2019.

It might seem like a pretty ho-hum car, but the Ford Taurus changed the way things were done at Ford and, by default, throughout the industry. It's hard to believe there was a time when interior, design and engineering teams didn't even talk to each other when developing a car, but that all changed forever with the advent of the Ford Taurus. 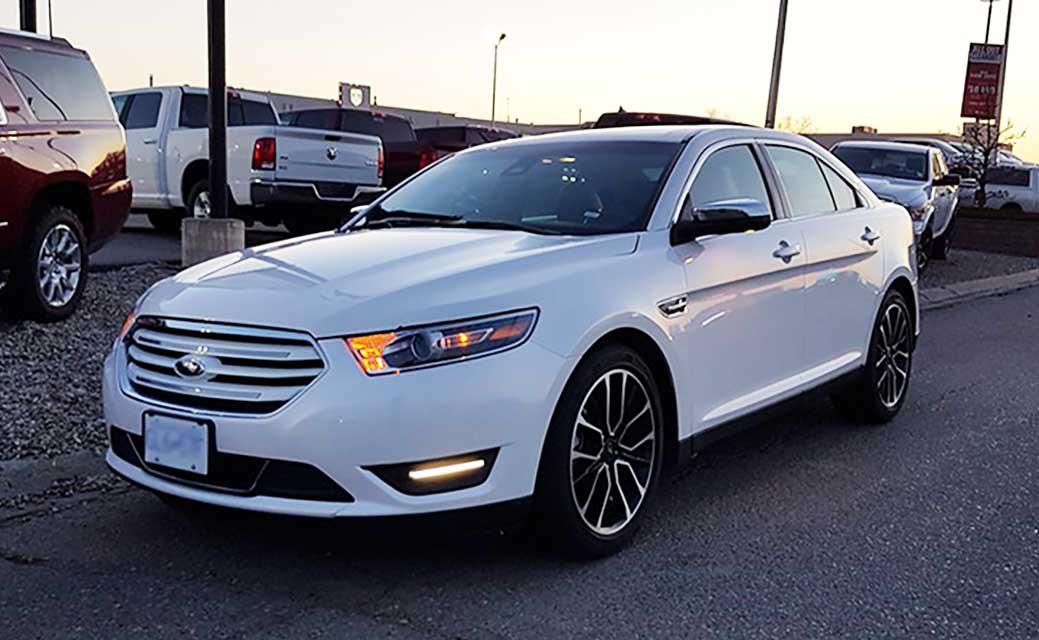 The sun sets on the Ford Taurus

After a run of nearly three million units, Ford discontinued the Taurus in 2019, with the last one rolling off the assembly line in March of that year. It's in keeping with the move by all three American manufacturers to break with sedans (which haven't been selling well anyway) and focus more on trucks, SUVs and crossovers.