Why Do We Visit Dealerships Anyway?

If you want a new computer, there's plenty of tech stores and online retailers to sell you one. Same for phones, refrigerators, treadmills, or any expensive and complicated piece of tech. A car? Not so much. Rather than hitting the GMC.com store, you "C'mon down to Bubba's GMC/Volvo/Kia for smokin' deals!" Buying a new vehicle means buying from a dealership. Here's the how and why behind the dealership-sales model, and where car sales might be headed. 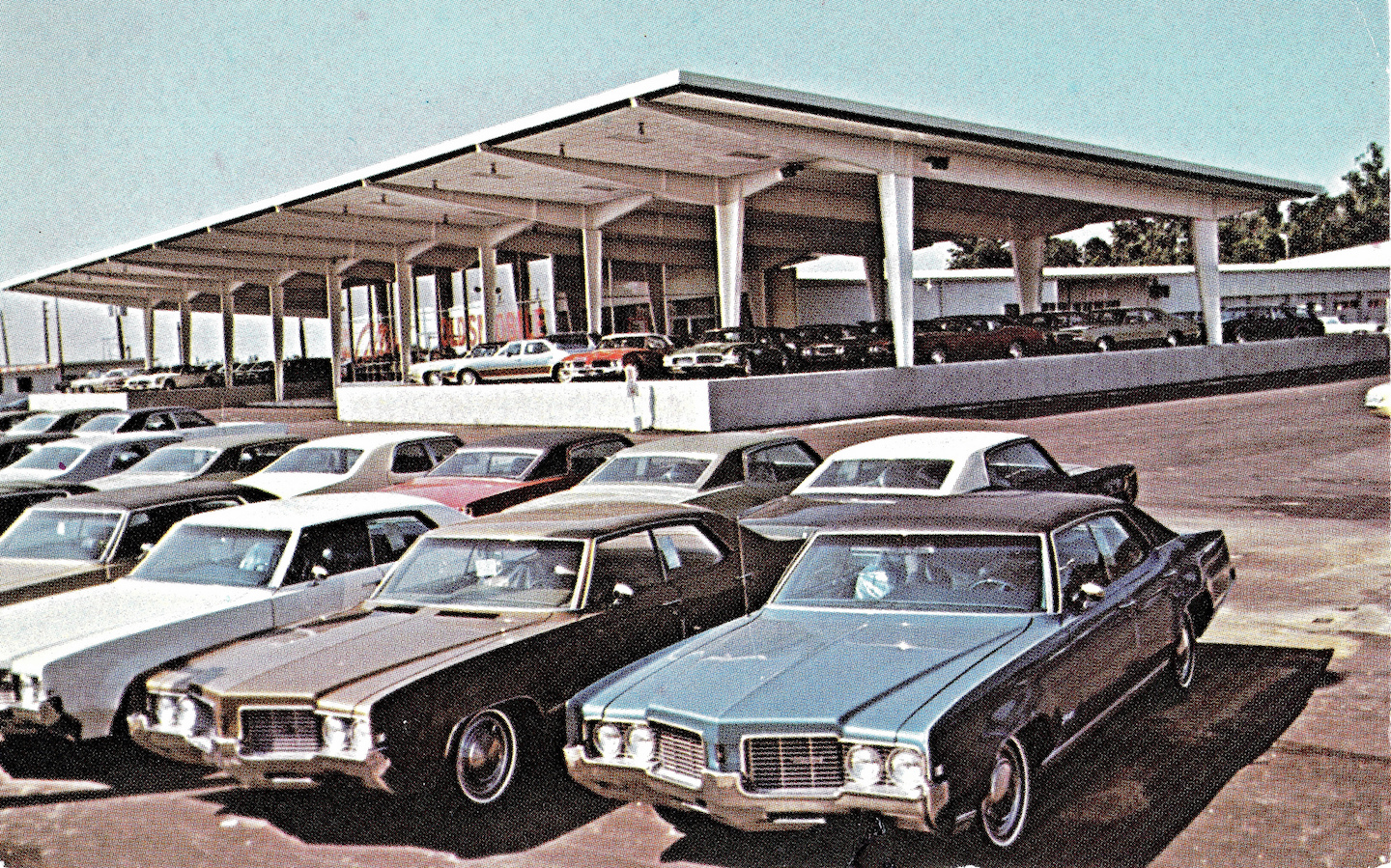 Way back in the day, if you wanted a newfangled horseless carriage, you would head over to Ransom E. Olds' factory in Detroit to order yourself a Curved Dash. You'd speak with a salesman right there, who would offer a few options, and then put your car into the build cycle. A few weeks later, you'd get the call (or telegram) that your new hand-built car was available for pickup. Factory direct sales worked well because cars were initially very expensive and were often viewed as expensive toys for the wealthy.

A few years later, an alternative existed for rural homeowners looking for their first new car. Anything their local general store didn't offer could be bought through the Sears catalog. In 1909, that included cars. The Sears Motor Buggy featured a 10 horsepower 2-cylinder engine and a top speed of 25 mph. For just a few hundred dollars, you could get a new four-seat runabout. With the crate delivered to your local train depot, you'd just have to open it and do some final assembly work, add oil and gas, and drive home in your brand new car.

These methods worked well in a country where cars were small volume sellers but quickly fell out of favor once the Ford Model T busted the price barrier and got the country rolling.

In an effort to increase sales and profits, the auto manufacturers created the dealership sales model. Ford, based in Dearborn, Michigan, knows how to build a car but doesn't know how to sell that car as well as your local dealer does. Advertising that works in New Mexico doesn't necessarily work in New Hampshire. The options are to pay for a massive advertising network specific to each market, as well as thousands of storage locations across the country, or farm it out. Profits win, so manufacturers choose the latter. By farming out the costs of advertising, selling, servicing, and inventory storage, manufactures are able to spend money on building cars and leave the rest to the dealers.

Independent dealerships proved to be the solution to the old sales model problems. Sales increased sharply in the 1920s and '30s, and then really took off after WWII ended. It was a win-win for manufacturers and dealerships. Dealers locked in their sales advantage by donating some of their profit to the community (like local little league teams, earning local favor) and by supporting pro-dealer politicians, who would in turn pass laws to protect the franchises.

In this environment, Sears tried selling cars again in the '50s. Rather than a new creation, its 1952 Allstate was a badge-engineered version of the Kaiser Henry J. It was attractive and loaded with features, but few stores ever had a display model for interested buyers. Kaiser dealerships also didn't want to service the Allstate because the owner hadn't bought it from a dealership, leading to legal wrangling with Sears. That, plus sales of less than 2,500 over three years, led to its discontinuation.

Ford tried its own direct-sales model in the '90s, with the Ford Retail Network. The company jumped through a bunch of legal hoops for this effort, but picture a large dealer chain like CarMax owned by a subsidiary of a major manufacturer. Texas courts struck it down as illegal, and Ford abandoned the project in 2003. The repeated lesson seemed to be that competing against dealerships was unprofitable, but by this time, the ways in which we made purchases was starting to change.

A unique new approach is Carvana's vending machine. A gigantic 8-story coin-operated vending machine that can deliver your next car as if it were a bag of Doritos. While the vending machine currently sells only used cars, it has interesting possibilities if direct sales becomes the norm.

It's probably not coincidence that the Sears Big Book catalogue went out of print in 1993, just one year before the founding of Amazon. Online access changed not just clothing, electronics, and sporting-goods sales, but also auto purchases. A recent study showed that three-quarters of vehicle buyers would rather skip the dealer and purchase entirely online and that the most irritating part of the current buying process is how long buyers spend at the dealership. An Autotrader survey was even harsher, showing only 17 out of 4,002 people surveyed like the current sales method.

Companies see that online buyers are looking for a good deal, with no haggling and less time spent on the process, and if you're wondering how to buy a car without going to the dealership, you increasingly have options. Mega grocery retailer Costco currently sells half a million cars annually through its Costco Auto Program. This effort works through local dealerships, but shoppers never have to set foot in a showroom. Costco finds the car the buyer wants and negotiates a good deal on behalf of the buyer. The dealer still technically sells the vehicle and will likely get the vehicle's routine service when the time comes.

Does Tesla have dealerships?

Tesla is taking a different approach to selling electric vehicles, with mixed results. With new cars sold exclusively in manufacturer-owned showrooms or online, the company sells around 100,000 Models S sedans and Model X SUVs each year without dealership involvement. Its argument is that electric vehicles are new and very different, and therefore the buyer needs education that only Tesla can provide. Whether that is true or not, it works for companies like Apple, which can control its brand experience from start to finish. It remains to be seen if Tesla will give in and work with dealers or provide the new sales model for the 21st century.

Have a love/hate relationship with your local dealer? Ever buy a vehicle online? Sound off in the comments below.