What's the History Behind 'Riding Shotgun'?

Every kid in America has hollered those famous words in hopes of securing a ride in the front seat of the family car. But where in the world did that phrase come from? We need to go back, way back, to life in the lawless American Wild West to learn more. 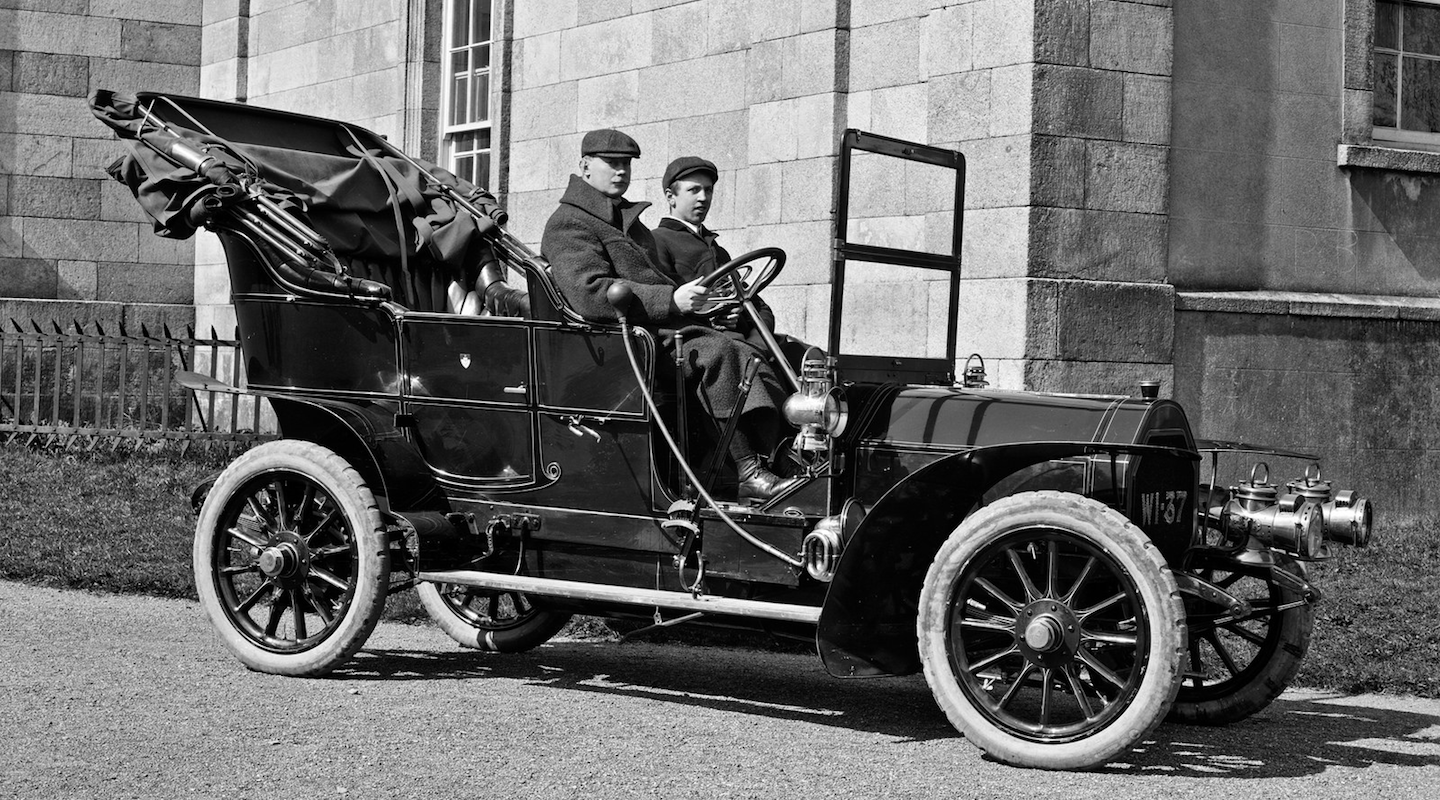 Riding shotgun is an informal North American phrase that refers to riding in the front passenger seat of a vehicle to guard the driver, according to Oxford Living Dictionaries. Old Western movies and dusty cowboy paperbacks paint a rough and rugged scene of stagecoach and wagon drivers assigning this very important job to the person sitting with them.

As the driver mans the horses reins, the passenger-turned-gunner is on the lookout for potential situations that could harm the travelers or their cargo. It wasn't uncommon for a shotgun or pistol to be aimed and ready at a moment's notice to take down approaching robbers, both human or wildlife. Wild boars and bears could do just as much damage to a pioneer caravan as a band of unscrupulous thieves looking for food, ammunition, or cash.

If you're curious to see this rider-passenger duo in action, dig into an old Western, like "Riding Shotgun." This 1954 film, directed by André De Toth, is based on a short story by Kenneth Taylor Perkins from 1942. Here's a short clip featuring actor Randolph Scott riding shotgun as Larry Delong on a stagecoach destined for Deepwater. In the movie, Delong gets tricked into leaving his guard duty so outlaws can rob the stagecoach.

The rules of calling shotgun

Today, kids and adults alike still vie to ride in the front. Nobody enjoys the cramped leg space, blocked views, or bumpy ride over the rear wheel wells. The front passenger seat is often considered the best seat in the car.

The proper way to call shotgun is to make a declaration as you approach the car, but before anyone gets in. If more than one person calls out the words, the first person who said it gets the coveted seat. There is, however, one unwritten rule to the game. If the driver has a spouse, that person gets first chance at the seat next to their sweetheart.

If your family members actively call shotgun before each car ride, it's worth brushing up on a complete set of (unofficial) rules and responsibilities for this time-tested game. And, of course, no weapons are allowed in this modern take on Wild West travel! Calling shotgun is simply a plea for the front-seat position and bragging rights.

Do you or your kids still call shotgun? What are your most important rules for this game? Or does your family have different rules? We'd love to hear your travel traditions in the comments below!

Angela Tague has worked in news writing and photography since 1998. She works with major brands, including Moen, Lowe's Home Improvement, Fidelity Investments and Jim's Formalwear. If she's not at the keyboard, she's probably on a Jeep adventure with her hubby and two dogs.