What Becomes of the Broken-Car-ted

In spring 2006, I attended the first post-Hurricane Katrina Jazz Fest in New Orleans. A local friend gave us a thorough tour of the devastation, which included abandoned car after abandoned car, months after the cleanup was underway. In March of that year, NBC News reported there were still 50,000 to 100,000 cars on the streets of Louisiana (20 to 25,000 in the Big Easy alone), out of some 350,000 left behind following Katrina.

To be clear, automobiles aren't as important as the loss of life or shelter, but removing blighted vehicles is an enormous part of restoring neighborhoods. CNBC estimates that Houston has half a million cars destined for the scrapyard, and abandoned vehicles also caused delays for evacuees and Florida's highway patrol during Hurricane Irma.

So what actually happens to these abandoned cars? We dug around for answers. 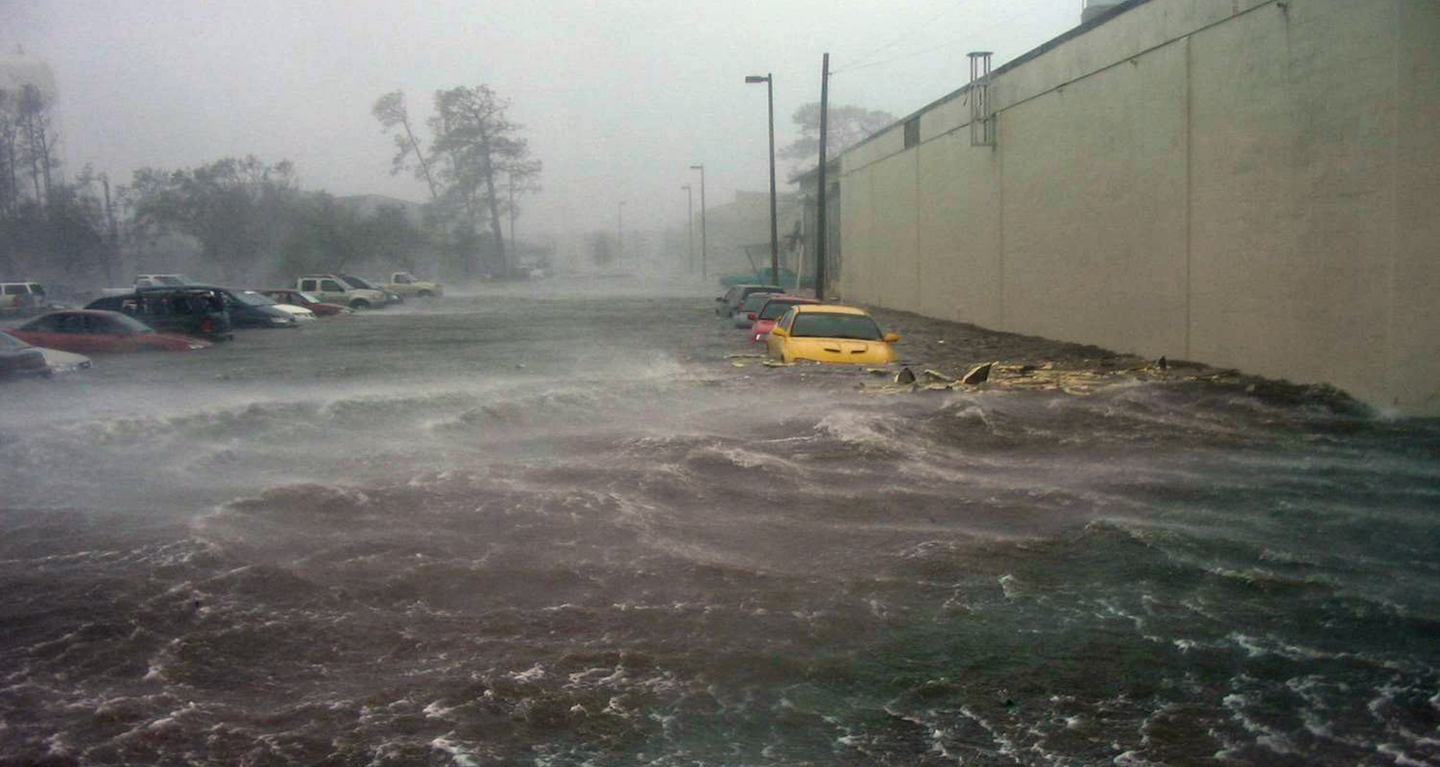 1. What happens to totaled vehicles?

Jalponik has a thorough Harvey-specific examination of the entire process, which starts with comprehensively insured car owners reporting flood damage. From there, insurance companies send out teams of adjusters on a first-come, first-served basis to cut checks so drivers can get a new vehicle. If it's a total loss, local tow truck companies will haul the vehicles to a major salvage auction. Some will be rebuilt (which we'll get to in a moment), but, of course, many will be devoured by one of those massive machines that crushes cars whole.

A 2009 Popular Mechanics article notes one major environmental irony about the wholesale destruction of vehicles: "The automobile is the most recycled consumer product in the world—95 percent of all vehicles are reclaimed...And much of the reclaimed material winds up back in new cars: Coffee-stained carpeting becomes air-cleaner assemblies, and chewed-up tires morph into brake pedals and floor mats."

Sure, some 25 percent of the remaining car detritus will end up in a landfill, but at least recycling is a much larger component than waste.

2. Can you save waterlogged cars?

The answer is, sometimes. A key factor is how deep the car was submerged. We dig deeper into the question in this piece, but a key part is whether or not water got into the electronics. Which can be problematic, today and in the future.

Another consideration is the type of water. Salt water is more corrosive than fresh. As Consumer Reports noted earlier this month, "Water can ruin electronics, lubricants, and mechanical systems. It can take months or years for corrosion to find its way to the car's vital electronics, including airbag controllers."

There is no law against reselling repaired waterlogged vehicles, if the flood damage is disclosed on the title to buyers. This is, of course, a big if.

Consumers looking to get a deal on a rebuilt vehicle should proceed with the utmost caution. The biggest problem is water-damaged cars presented as regular used cars. Re-sold vehicles are suppose to be plainly marked "salvage" or "flood" on the title, but as Cars.com reports "title washing" in states with lax regulations, like Mississippi, is a major problem (not to mention a federal crime). And if the previous owner didn't have comprehensive insurance when the car was soaked by the weather event, or if the damage costs didn't reach a certain plateau, it might not have a "salvage" stamp at all. And only a handful of states require a vehicle's flood damage history. Unfortunately, trusted documentation isn't always trustworthy.

There are, however, precautions consumers can take. Carfax reports that in 2017, some 326,000 flooded cars are back on the road, and hopefully the majority of owners used the company's free flood check. Potential buyers can also utilize the National Motor Vehicle Title Information System (NMVTIS), which runs background checks, and the free VIN-check option from the National Insurance Crime Bureau. It's also vital buyers do their own investigation. Both Carfax and Consumer Reports offer detailed step-by-step checklists for how to know if the car has been flood-damaged. Bring a mechanic if you don't trust your gearhead instincts.

Oh, and keep in mind, when a car is flooded, the manufacturer's warranty is generally kaput. As always, buyer beware.

The sliver of good news is that bargains can be found. A 2013 New York Post story reported that following Hurricane Sandy, 535 abandoned automobiles were auctioned off by New York City; one sold for a mere $300. It's a mystery if the car ever made its way out onto the Brooklyn-Queens Expressway, but it sure was a great deal in the hurricane-aftermath gloom.

All Washed Up: Cleaning a Flood Damaged Interior

Can You Save Your Flooded Car?