'Tis the season for holiday light tours, where you can view thousands of twinkling lights and giant, animated reindeer from the comfort of your automobile. Whether you find these roadside displays beautiful or as tacky as a plastic leg lamp, they've become a much-loved tradition. Here's a look at five of the biggest, most festive, holiday light events from across the country.

Hosted by the Oglebay Resort, the Festival of Lights is one of the biggest holiday lights displays in the country. The six-mile drive boasts more than a million LED lights across 300 acres. Cruise beneath the 300-foot Rainbow Tunnel, view a Peanuts display donated by the family of Charles Schulz, and wonder at the 60-foot-tall candles set in a poinsettia wreath. 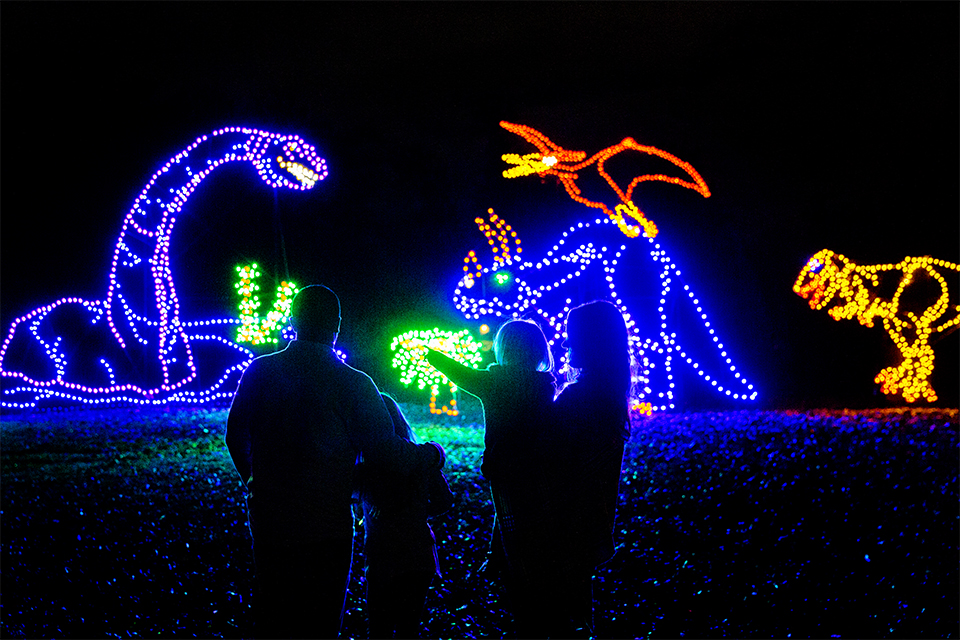 The number of cars that have visited Bright Nights at Forest Park since its inception in 1995 could stretch from Springfield, Massachusetts to California. But don't let that discourage you from visiting! Enjoy three miles of lights, featuring a Victorian village, Jurassic Park, and Seussland, along with displays for Kwanzaa and Hanukkah. 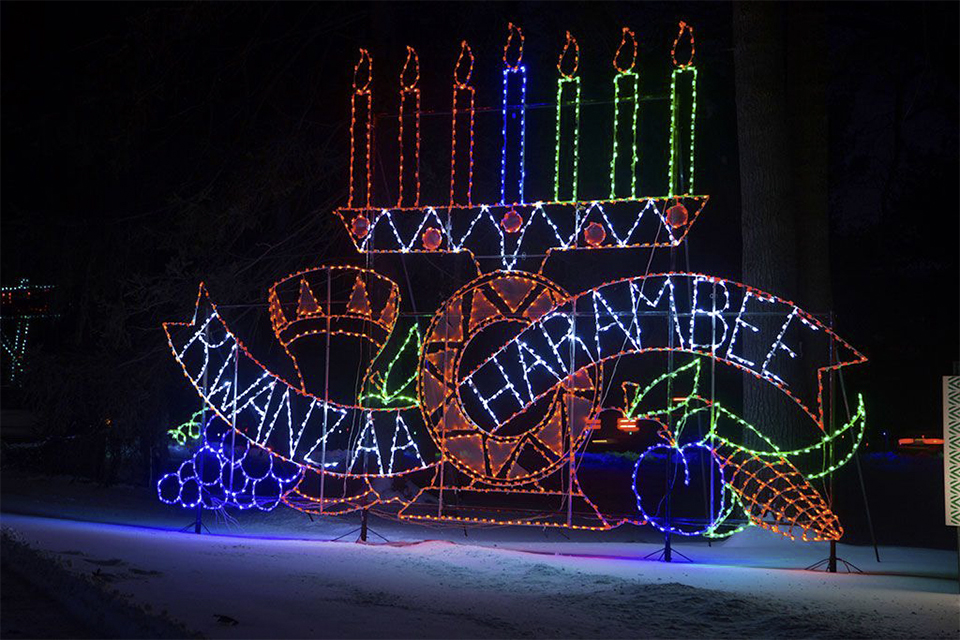 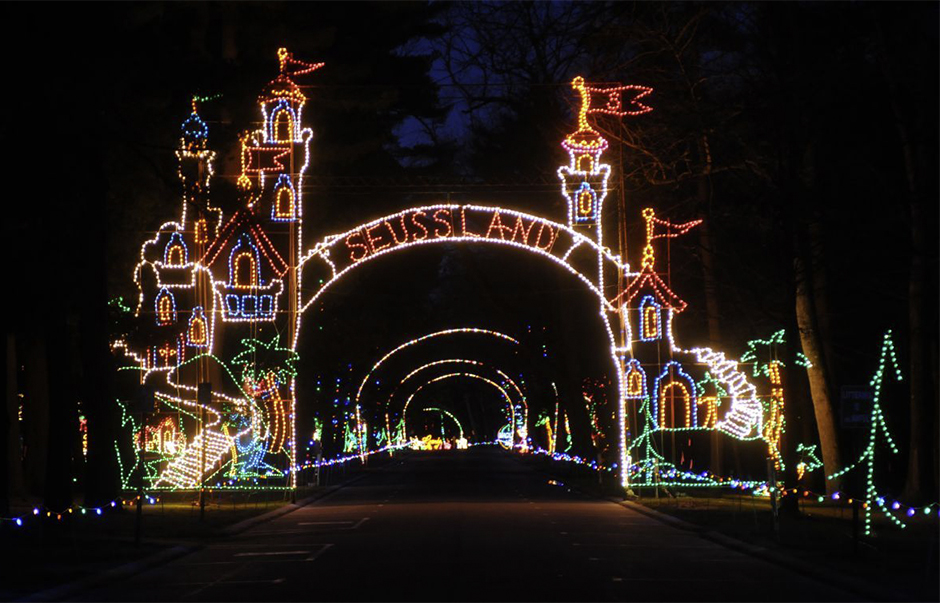 The East Peoria Festival of Lights kicks off with a parade of eye-popping floats in late November. The lighted floats are then on drive-through display, along with other animated scenes, in nearby Folepi's Winter Wonderland. The largest float is a 160-foot steam engine featuring 65,000 lights. Other favorites include a steam-breathing Chinese dragon, the Star Trek "Enterprise," and a larger-than life team of clydesdale horses pulling a wagon. 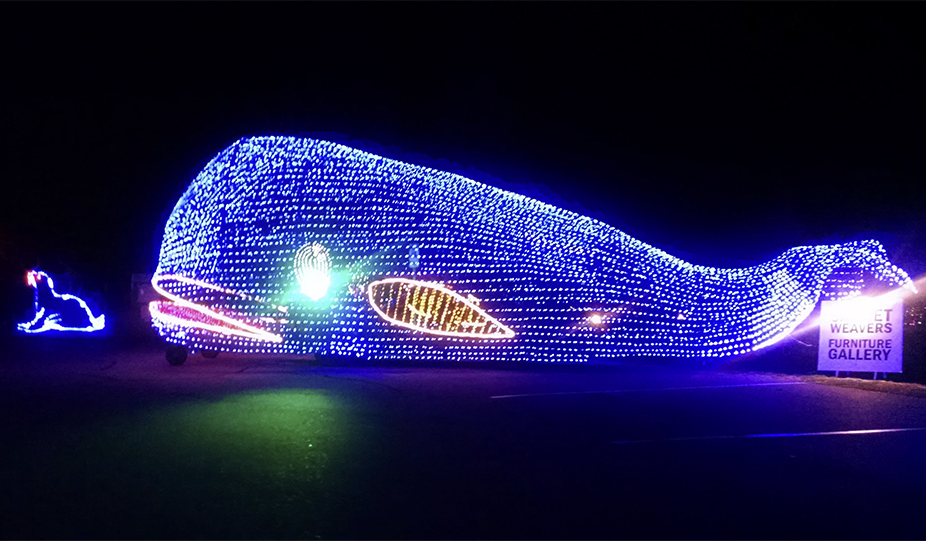 Fantasy Lights at Spanaway Park is a cooperative effort between local schools and the county's parks and recreation department. The annual display is in its 22nd year and is one of the largest displays of its kind in the northwest. Visitors will "ooh" and "aah" at nearly 300 light displays as they wind their way along the two-mile drive. Scenes with a giant dog and a ship sailed by a crew of elves will delight all ages. 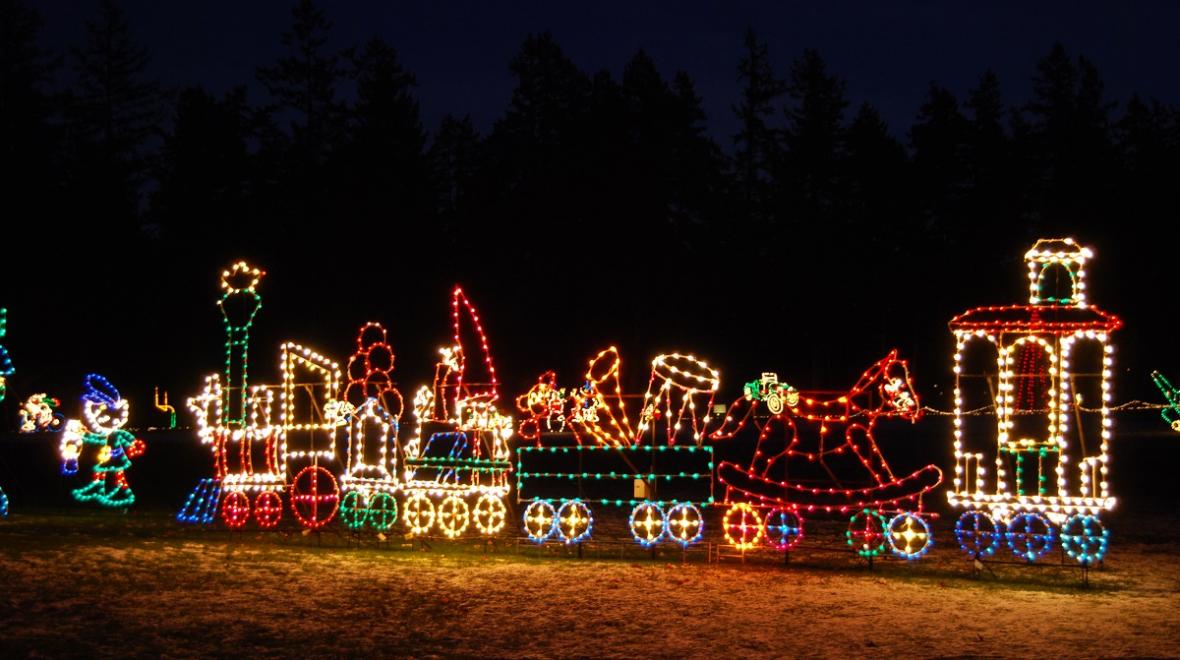 5. CHRISTMAS IN THE SMOKIES - GATLINBURG AND PIGEON FORGE, TN

Gatlinburg and Pigeon Forge are well-known for their bright lights and attractions, not to mention stellar views of the Great Smoky Mountains. They also spend November through February, draped in mile-after-mile of twinkling holiday lights. Gatlinburg recently spent more than $1.6 million to enhance their holiday displays and convert to LED lights. (The city now powers the full 120-day celebration with what it previously cost for three days.) Expect displays evoking winter romance and nature with Gatlinburg's Winter Magic, and don't miss the centerpiece of Pigeon Forge's Winterfest, the aptly named Patriot Park. 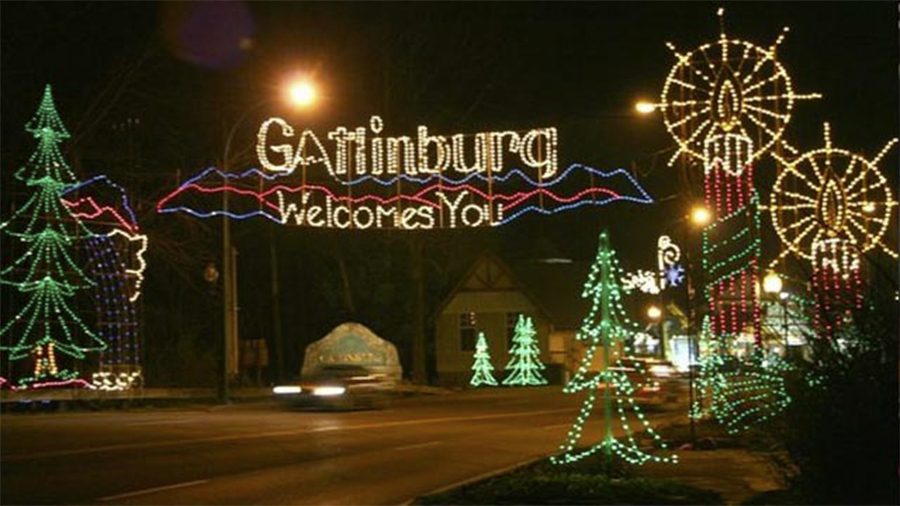 Does your area host a drive-through, holiday lights festival that would make Clark Griswold salivate? Leave us a comment with all the details.

Your Summer Guide to Off-Roading on the Beach