Making a cross-country road trip in a minivan or a nice sedan might be comfortable, safe, and trouble-free, but don't you dream of taking your "fun" car for the long drive?

Ben and Ben of Gears & Gasoline decided that it was time for an epic road trip, and it would be their first time taking their turbocharged tuner cars. 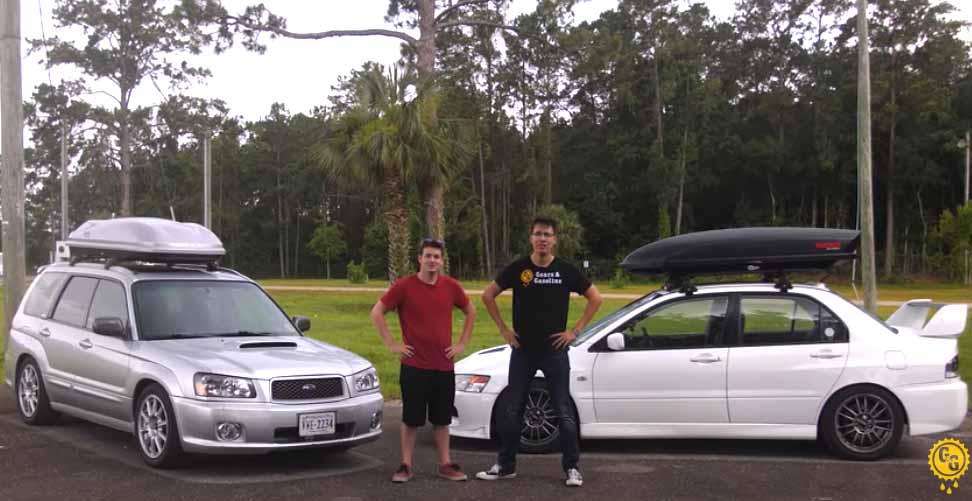 They started out in Florida with an STI-drivetrain-swapped Subaru Forester and a Mitsubishi Lancer MR, with Alaska as a destination. Both turbocharged cars were decked out with rooftop cargo carriers, filled with spare parts, thanks to a sponsorship with Advance Auto Parts.

What happened along the way? You'll have to watch to learn, but there were lots of expected and unexpected bumps in the road.

The drive was quite an adventure, with the guys taking in the vast expanses of West Texas and the Southwest, then making their way up the magnificent Pacific Coast Highway and through the redwood forests of Northern California on their way to Canada.

Watch Episode 2 for some stunning scenery, friendly competition, and maybe a mishap or two.

Watch Episode 3, as Ben and Ben make it through the border crossing for more adventures in Canada, stunning scenery, wildlife, and vast expanses of no gas stations.

Their journey is chronicled in three episodes on the Gears and Gasoline YouTube channel, and the folks at Jalopnik and MSN also got in on the story.

Have you taken your tuner car on a road trip? Do you have any mishaps to share? Let us know in the comments.

Your Summer Guide to Off-Roading on the Beach