Drive-In and Chill: A History of the Classic American Movie Experience

Forty years ago this summer, Danny Zuko and Sandy Olsson had a big-screen summer lovin' blast that happened so fast. It got way too fast when Danny brought Sandy to a drive-in movie, gave her his ring, and got super-handsy. Only to have his prudish princess slam the door on his "sin wagon"and storm off, leaving him stranded with no choice but to sing a lonely song, sitting on a chain-link swing set while a cartoon hot dog dances in the background. 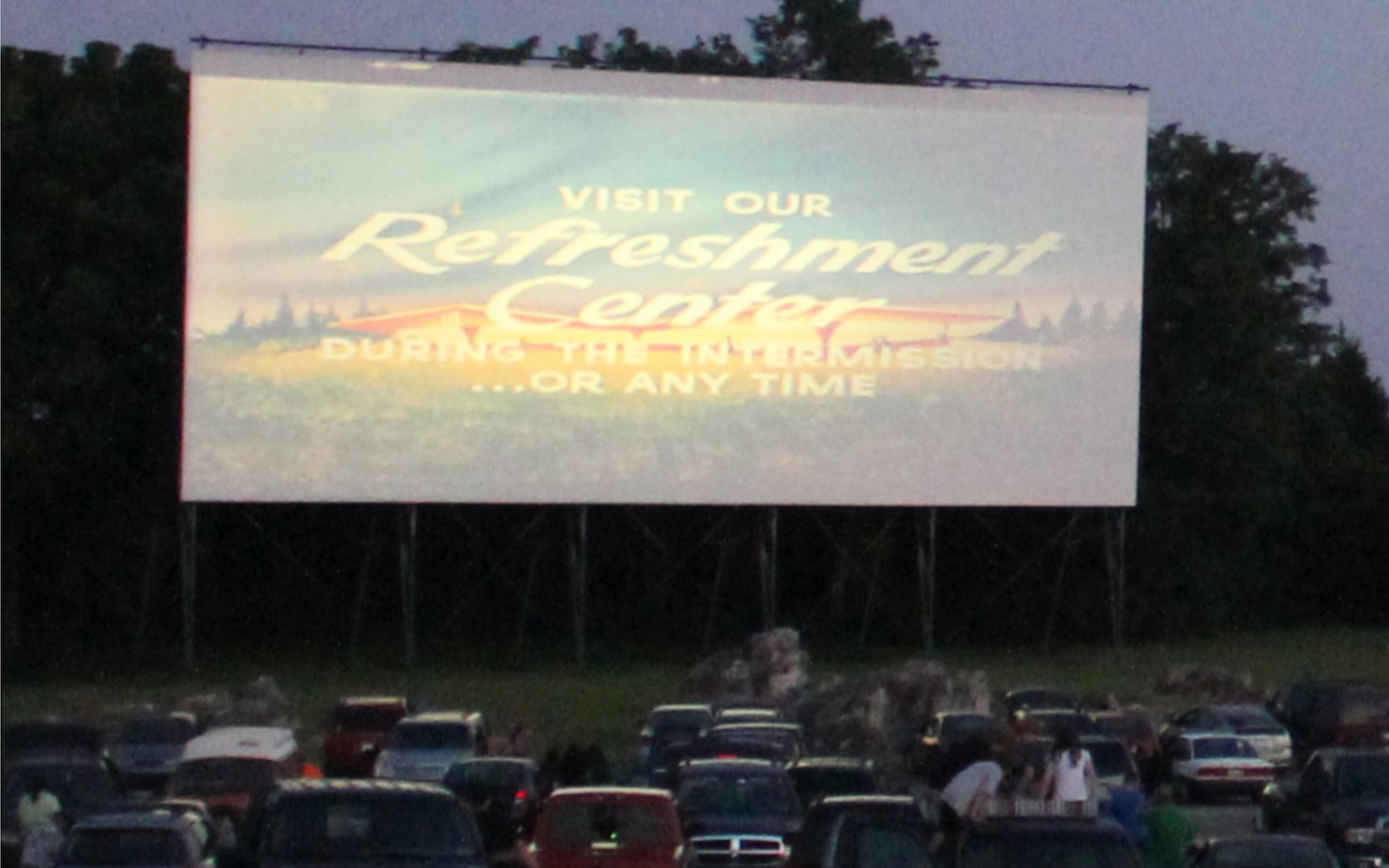 "Grease" was the word in 1978 and remains the word in 2018. It's the little musical that could, a beloved film that harkens back to the Eisenhower era of "Hound Dog" and hot rods, best watched in the open air from the backseat of a '49 Dodge Wayfarer. This summer, moviegoers fortunate enough to own a vintage convertible—or any car, actually—are in luck. "Grease" has been screening at drive-ins across the country, in locales as varied as San Juan Island, Washington; Hockley, Texas; Queens, New York; Huntington, Indiana; and Stephens City, Virginia (featuring special guest Eddie Deezen, the dude who played Eugene!).

As it turns out, drive-ins have not gone the way of poodle skirts and sock hops, or even bell bottoms and disco balls. In the age of on-demand streaming and "Netflix and chill," they are staying alive. The first drive-in, originally called a "Park-In," opened 85 years ago in Camden, New Jersey. It was the brainchild of Richard Hollingshead, a film buff who worked at his father's company, Whiz Auto Products. Richard's plus-size mother found traditional movie seats too uncomfortable, so her dutiful son figured out ways to screen motion pictures in the comfort of the family car. He put a 1928 projector on the hood and hung sheets from trees in the yard. He tinkered for five years, finally coming up with a staggered ramp-style parking arrangement so everyone could see. In 1933, Hollingshead received a patent and a $30,000 investment and opened Park-In Theaters on June 6. In the thick of the Great Depression, Hollingshead offered families a cheap night out, charging .25 a car and, per person, up to a buck.

The following year a second drive-in, Shankweiler's, opened in Orefield, Pennsylvania (having never shut down, it's America's oldest survivor), but the theaters wouldn't populate the land until two key developments happened. In the early 1940s, in-car speakers were added so patrons could actually hear the dialogue, and, in 1949, Hollingshead's patent was overturned. This ushered in the drive-in golden age, which peaked in 1958 (the summer "Grease" opens in, natch) with some 4,000 spread throughout the United States.

The first movie screened in Camden was "Wives Beware, " selected because it had recently flopped in regular theaters and wouldn't conflict with new releases. This would cement a pattern of what was typically shown at drive-ins. Double features have always been the norm, but since theater owners can only screen two movies per evening, they were never able to compete with the multiple indoor showings of popular releases. They made do with B-movies peppered with off-brand creatures, second-rate aliens, and lots of bikinis. A cult-classic example is the utterly-ridiculous-yet-super-fun "horror" movie "The Blob," which happens to be the movie playing at the "Grease" drive-in.

Danny and Sandy never saw the Blob swallowing teens whole because she stomped off in disgust, but her prim-and-proper act wouldn't hold through the end of "Grease," nor would Hollingshead's family-friendly intent last at the drive-in. The 1950s was the birth of the American teenager. Teens had more freedoms, which would explode in the 1960s free-love-and-cheap-drugs era. Suffice it to say, adolescent making out led to more mature fogged-up windows mirroring the drive-in selections, which changed from silly monster movies to sex-and-blood-soaked grindhouse, slasher, and blaxploitation flicks. Inevitably, XXX-rated films became a staple, with some drive-ins showing exclusively adult films, including the still-going-strong Apache Theater in Tyler, Texas.

The 1970s and early-'80s saw one drive-in after another go belly up, often after long periods of neglect. Advanced entertainment offerings like cable television and the VCR certainly played a part, but the owner of the Bengies Drive-In near Baltimore told the Smithsonian the real reason they died off is real estate. Theaters were typically built on the outskirts of towns and cities, which expanded exponentially during this period, driving up the price of land past what popcorn sales could cover.

Today's drive-ins actually have more in common with Hollingshead's original theater. Yes, they have digital projection, FM stereo sound through the car radio, and, in some cases, food selections that go above and beyond burgers and fries (the offerings at Vineland, New Jersey's Delsea Drive-in include eggplant parmesan, teriyaki chicken with edamame, and stir-fry asparagus). There are only around 330 permanent drive-ins left in the United States, but DriveInMovie.com notes that new ones are being constructed, so "2018 may be the first year in nearly 40 years that we have a net gain." Add in all the pop-up drive-ins popping up for a handful of outdoor screenings, and it appears the theaters are rising from the dead like all those brain-eating zombies of summers past.

Looking for a drive-in near you? DriveInMovie.com is searchable by state. Here are five of our favorites.

1. Wellfleet (Massachusetts) Drive-In: Originally opened on Cape Cod in 1957, it features a dairy barn for ice cream and mini-golf.

2. Coyote (Fort Worth, Texas) Drive-In: This venue has hitching posts if you visit by horse. It also has a large beer and wine menu—just don't drink and gallop.

3. Fairlee (Vermont) Drive-In & Motel: That's right—viewers can take in Hollywood blockbusters from their cars or as a bed-in out the back window of their cozy motel room.

4. 66 (Carthage, Missouri) Drive-In: Get your kicks at this old-school joint, complete with neon signage and a playground for sad warbling. Pro tip: Don't bring in food. As the website says, "If you bring outside food, you are contributing to the demise of drive-in theaters."

5. Mission Tiki (Montclair, California) Drive-In: Open every day, year-round, this four-screen theater in the shadow of La-La-Land also has a swap meet Wed-Sun.

Be Ready For Winter Driving

Tools I Want for the Holidays

What's In Your Trouble Bag?