Opinions can start a lot of arguments. You can post on social media about anything from politics to pickups, and sure enough someone will disagree with you. It's a fine American pastime.

However, there is nearly an unheard of consensus on automotive batteries. DieHard is probably the single most recognized car battery brand in the country, but it's more than just a popular name. Here's a look at these reliable, durable, powerful batteries and why DieHard is still a fan favorite after more than 50 years. 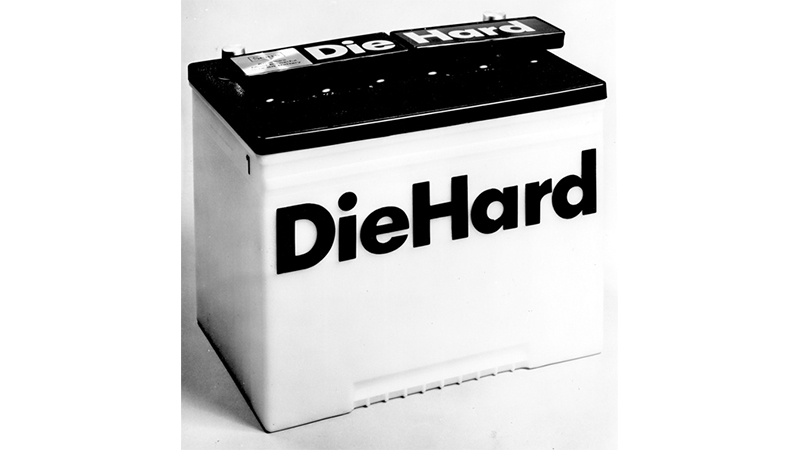 DieHard: Built Better from the Start

Way back when the TVs were black and white and the first Ford Thunderbird was still sporty, car batteries weren't great. Speaking honestly, they were junk.

“Tar top" batteries consisted of a thick rubber case containing banks of cells that each needed water several times per year. The batteries lasted two or three years before sediment buildup made them lose capacity until they were unusable. The tar top name came from how the lid sealed to the case, using a coal-tar pitch heated to 170 degrees, sometimes making the whole thing explode during assembly. There had to be a better way. 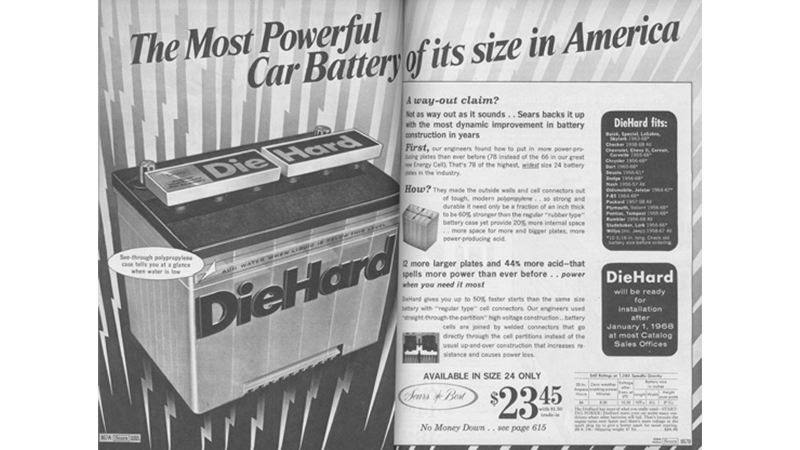 A century ago, Sears Roebuck sold everything, from clothes and tools to cars and even houses in their world famous catalog. As the sales and technology leader of its day, researchers at Sears saw the need for a better car battery and set out developing it.

Debuting in 1967 after nine years of research, the original DieHard proved to be a better battery design. The tough polypropylene case was lighter and thinner than rubber-walled cases, directly translating to more room for plates and acid in a similar size package.

In other words, it was more powerful than any other battery of the same size; in cold-cranking amps and reserve capacity. The DieHard battery was an instant sales and technological success, earning loyal fans all over the country.

For a 10 year anniversary, most products get some fancy packaging. In 1977, celebrating 10 years on the market, DieHard partnered with Johnson Controls and produced an electric car based on the Fiat 128 3P coupe.

The main work consisted of pulling the tiny 1.3L four cylinder for an electric motor and 20 DieHard batteries, creating the XDH-1 electric car. Actually there were 21 batteries, with the last one running the lights, radio, and other electric accessories. Performance was impressive, especially for the time, running well past the federal 55 mph speed limit and a range of over 90 miles on a charge.

While it looks '70s retro with a modified aerodynamic front end, the XDH-1's performance was nearly equivalent to a Nissan Leaf, and operational two decades before GM's EV1.

On to the 1980s, where DieHard led the way with inventions like the Incredicell. This radar detector-looking device attached under the dash, giving you a real-time display of your battery's charging state and condition. In a way, it's like running a simple version of the Torque app on an Atari.

Other innovations included Diehard Gold batteries, with more plates and plate surface area than competitors. Around the time of Duran Duran and Knight Rider, DieHard techs studied how heat causes battery acid evaporation and plate damage, leading to a shorter battery life. The answer was the HeatHandler battery, built to withstand high temperatures for improved reliability in hot climates.

The 1990s saw DieHard pick up eco-cred before it was cool, by building batteries made from 50 percent recycled products.

An American Icon Built to Last

Over the years, the DieHard name seemed to grow larger than just the automotive segment, gaining traction as an iconic American brand. You can see this leading status in pop culture, from movies like Short Circuit 2 and Days of Thunder. The DieHard name was such a success that by the time Die Hard premiered in 1988, the audience immediately understood that the title was a reference to durability and toughness. 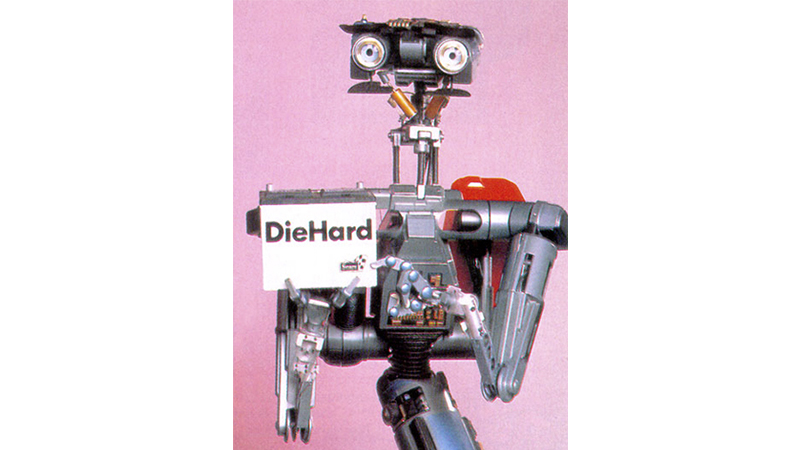 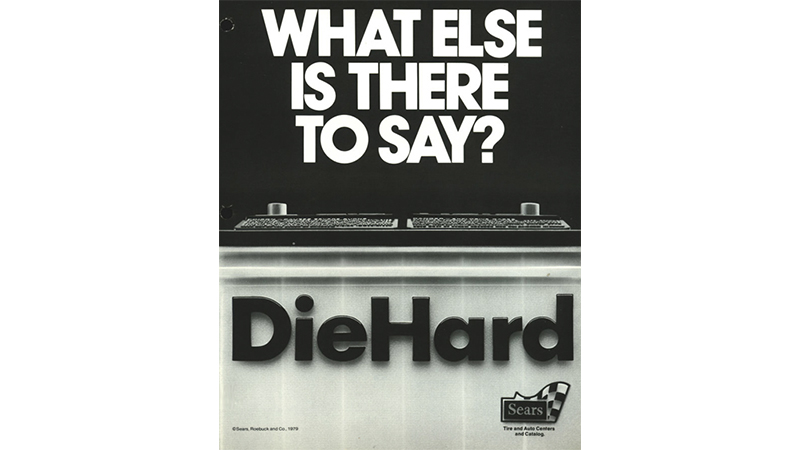 The current batteries are built to last, too. Consumer Reports gives DieHard Platinum one of their highest scores for 2020, a whopping 91 out of 100. The DieHard Platinum scored a perfect 5/5 for battery life, CCA, and reserve capacity. With DieHard batteries now available at Advance Auto Parts stores and online, you can get an upgrade in durability and technology next time you need a new battery.

*Free services available on most vehicles, at most locations, unless prohibited by law.

Have you used a DieHard in any of your rides? Let us know in the comments below.

90 Years Worth of Sounds in the Cars We Love