Who Limits the Speed Limits? 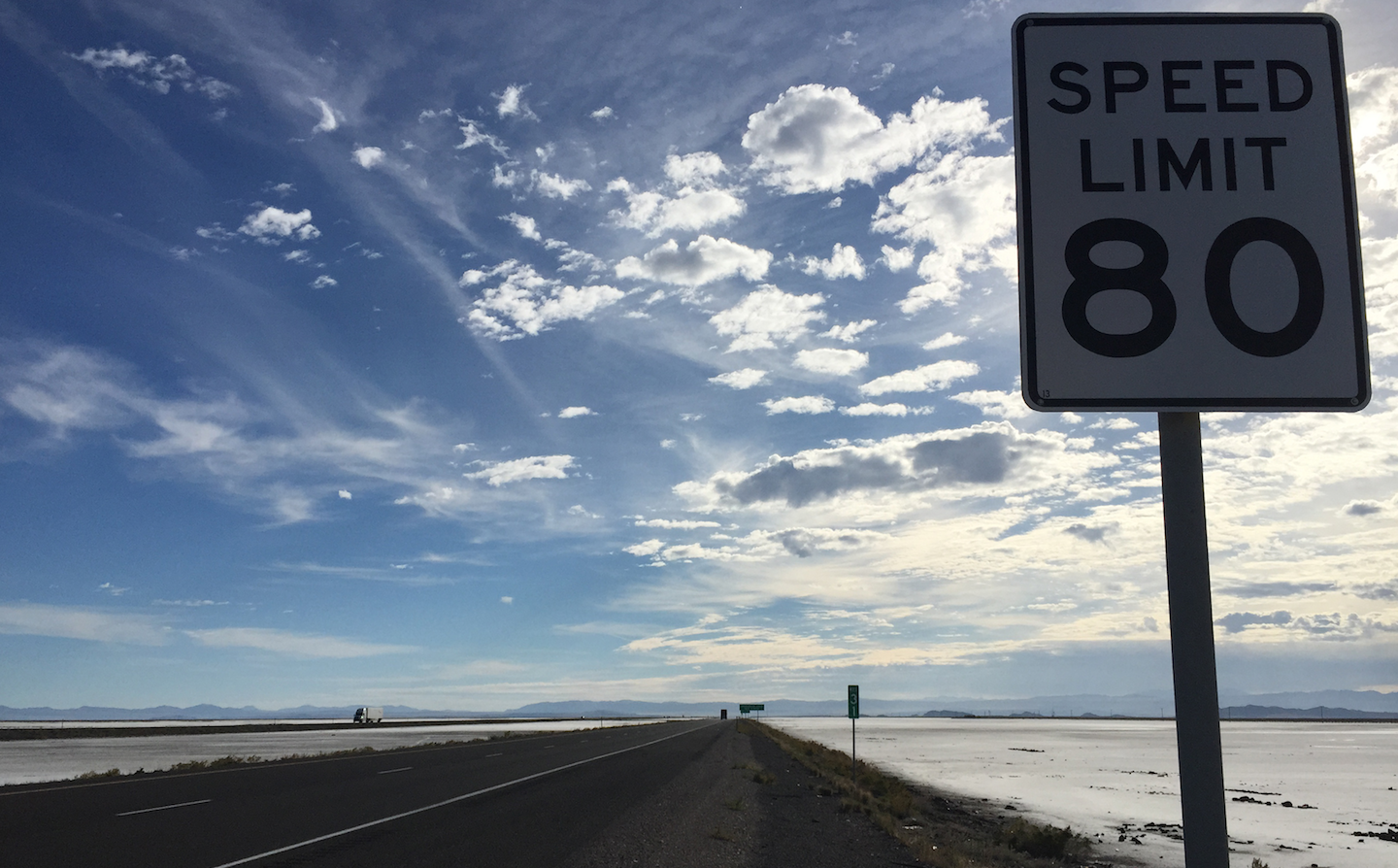 As the sun rose on the second day of 1974, drivers across America awoke to a new, slower reality as President Richard Nixon signed the Emergency Highway Energy Conservation Act, setting a national maximum highway speed limit of 55 mph. (The new restriction was derisively referred to as the "double nickel," long before Michael Jordan's 1995 Madison Square Garden comeback game.) The legislation was not intended as a safety initiative but as a way to force drivers to be more fuel-efficient at the height of the OPEC oil embargo. Prior to the EHEC Act, individual states decided how much need their citizens had for speed, generally from 40 to 80 mph. Not all the states were pleased with the new speed restriction.

I grew up in Montana, where 55 mph was considered a joke. Prior to 1974, the Treasure State had no daytime speed limit. Montana is the fourth-largest state in area size but hovers around 45th in population, so the math adds up to a lot of empty rural roads. Under threat of withheld federal highway funds, Montana abided by the law, sort of. The state went along with Nixon but made the penalty for speeding a $5, "wasting a natural resource" violation that didn't go on drivers' records. After getting pulled over, it was common to roll down the window with a driver license and an Abe Lincoln for a quick exchange with the friendly officer. In 1987, Congress raised the limit to 65 mph, and by then, I was behind the wheel. On one long cross-state stretch, I paid the $5 fine twice, to the same highway patrolman. He said a third violation wasn't going to be as pleasant. Even as a moronic teenager, I heard him loud and clear.

Speed limits have been around for a long time, with Connecticut setting the first standard for motor vehicles in 1901 at 12 mph in cities and 15 mph in the country. In 1995, Congress eliminated the federal speed limit, sending it back to the states to decide. This is where it gets tricky, because there is no exact formula, no scientific metric, for the optimal speed. It's a give-and-take between the need for safety and to keep traffic moving right along.

According to the American Safety Council, in the decade following Nixon's 55 mph mandate, the U.S. traffic fatality rate fell from 4.28 per million miles in 1972 to 2.73 in 1983. So there you have it, right? Slow down and save lives? Well, there's a lot more to it than that, namely major advances in automotive safety. In 1959, Volvo became the first manufacturer to make three-point seat belts standard. 1966 saw the development of the modified anti-lock braking system, and that, too, became standard. In 1980, Mothers Against Drunk Driving formed, and the grassroots organization changed society's perception, not to mention more than 1,000 laws, through efforts such as the introduction of "designated drivers."

In 1995, Montana reverted to having no speed limit, so long as motorists drove in a "reasonable and prudent manner." It only lasted three years; the state Supreme Court struck it down as "unconstitutionally vague." Drivers, including out-of-state Corvette clubs looking to open 'er up, always claimed to be reasonable and prudent. Without a standard, who's to say? In 1999, Montana decided 75 mph in the daytime is the optimal speed. But is it?

The laws of physics determine that as speed increases, so do the severity of crashes, but there is no agreement on whether speed increases the frequency of accidents. There may be no consensus, but the baseline traffic engineers use is the 85th percentile, meaning the speed at which 85 percent of motorists drive safely in good conditions. Officers can then focus their attention on the 15 percent of speed demons. Ironically, as of 2012, on Texas' State Highway 130, a 41-mile stretch has a posted speed limit of 85 mph, highest in the United States. Sounds like a rip-roaring ride, right? Nope. As Jalopnik noted, the design of the road was to ease traffic, but it's failing because nobody wants to go that far out of their way. (Here's a fun interactive map of speed limits in all U.S. states and territories. Pro tip: Don't be in a rush in Guam.)

Still, speeding up is the name of the national game, even though, yes, it's dangerous. Only six states have a 65 mph (or lower, Aloha, Hawaii) speed limit, and this year, Nevada became the sixth to have stretches of 80 mph. According to the American Journal of Public Health, 12,545 deaths, and some 37,000 injuries, occurred because of raised speed limits between 1995 and 2005, a 9.1 percent increase. As recently as 2015, some 9,000 deaths—27 percent of all crash fatalities—were speed-related, according to the Insurance Institute for Highway Safety.

Modern automobiles are much safer than they've ever been, so the odds are slim speed limits will ever roll back. But maybe it's best to follow the posted signs. And if you have an overwhelming need for speed, please, at least be reasonable and prudent.

A History of Innovation: FRAM®

Do You Really Need a Crossover? Hack Your Current Ride to Avoid Upsizing