One of the key factors in traffic safety is defensive driving. But a key defensive practice is one drivers tend to overlook: maintaining a safe following distance.

Failure to keep a safe following distance is among the leading causes of rear-end collisions, which are the most common type of motor-vehicle accidents, according to the National Highway Traffic Safety Administration (NHTSA). If you drive too closely behind the vehicle in front of you, you won't have enough time to react and perform an evasive maneuver, stop, or reduce your speed as much as necessary in order to avoid hitting that vehicle. With that in mind, all drivers, regardless of their experience, are advised to follow the safe following distance rule, which has a few variations depending on road and weather conditions, traveling speed, vehicle type, and driving habits. 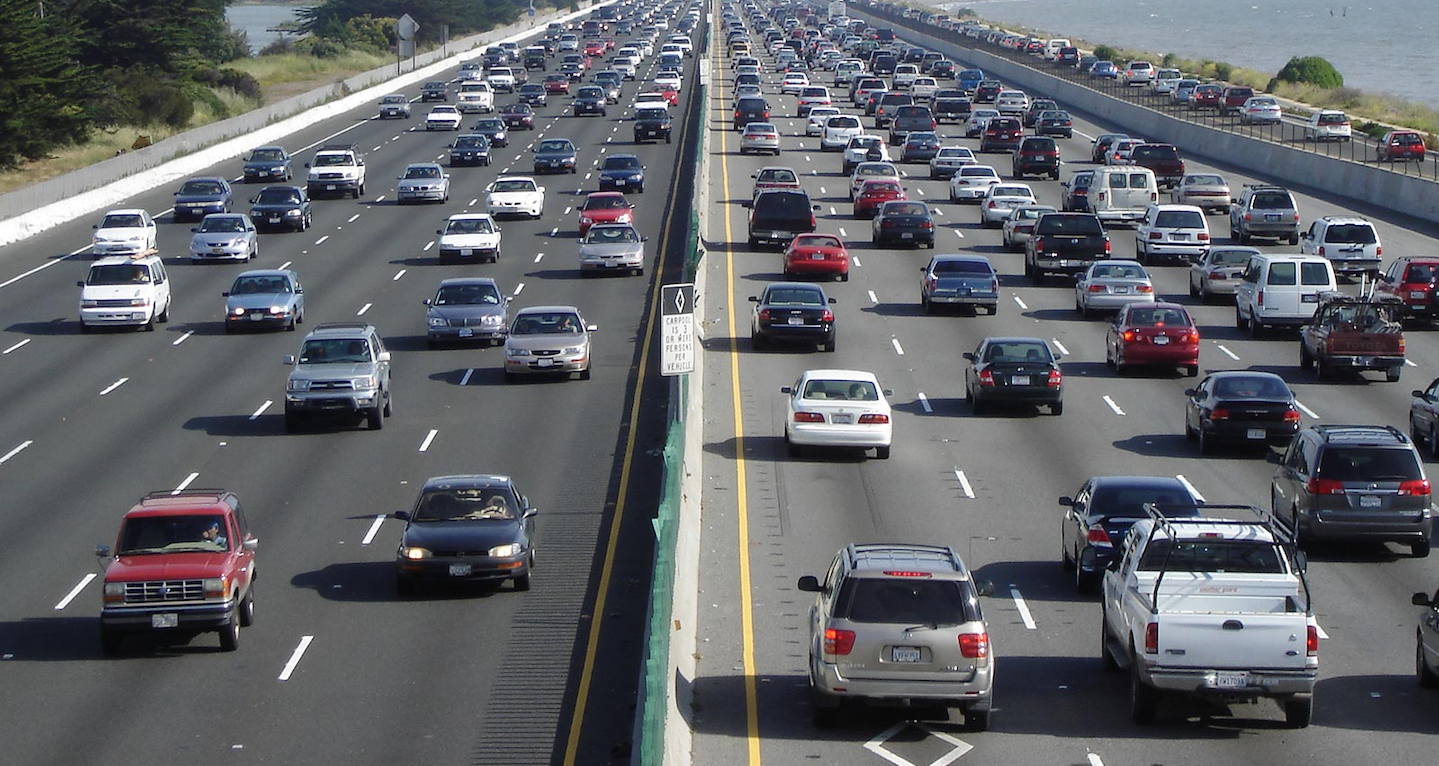 What is the recommended following distance?

The rule of thumb, recommended by the National Safety Council, is that there should be a three-second following distance between two vehicles, since three seconds is considered enough time for any driver to perceive a potential hazard on the road ahead and react accordingly to avoid it.

You can determine this specific following distance by picking an object on the side of the road, such as a traffic sign, a tree, or a lamppost, and use it as a mark. Once the vehicle in front of you passes the mark you've chosen, start counting: "one-thousand-one," "one-thousand-two," "one-thousand-three." If you reach that fixed object before you finish counting, it means you're too close to the car in front.

Adjusting the distance in accordance with circumstances

While the three-second rule is certainly a good and helpful recommendation, the safe following distance is always subject to change depending on the circumstances, such as inclement weather and poor road conditions. For instance, if you are driving in heavy rain or snow, or if there is heavy fog on the road, you should increase the distance between your car and the vehicle in front of you. Given that these types of weather conditions reduce visibility and make the road surface wet and slippery, you need more time to slow down and come to a complete stop, so it's best to maintain a following distance of at least six seconds.

It's also worth noting that in many cases, drivers who do maintain the recommended following distance are not able to avoid a collision because they are distracted. Three seconds won't save you from the perils of texting, talking on the phone, eating, and more while behind the wheel.

Making sure you're not following the car in front of you too closely will also help you avoid tailgating, which is one of the most common aggressive driving behaviors and the reason behind many collisions. Tailgating often leads to road-rage incidents, which tend to escalate quickly and result in injury to drivers, passengers, or other road users, as well as property damage.

Indeed, it may seem like thinking or talking about things like safe following distances and the three-second rule is a bit "no duh." But many drivers shun these basic rules because they don't have the time or the nerves to pay attention to them, and the rate of rear-end collisions speaks to that. All of us can use the occasional reminder to keep our distance.

Do you follow the three-second rule? Have you ever had to deal with an aggressive driver? Share your thoughts in the comments below.

Make Your Tools Last a Lifetime

6 Auto-DIY Projects to Complete this Summer