Chances are you've probably heard of the practice of "rollin' coal."

It's what some guys who drive diesel pickups do to "protest" people who have the temerity to drive a Prius, another kind of hybrid, or a Tesla. They get in front of the vehicle and trigger a switch that dumps a bunch of extra fuel into the engine's combustion chambers, resulting in billowing black smoke out of their exhaust.

It all started at truck-pull competitions, where diesel trucks are hooked up to a weighted sled to see whose truck has the torque and power to drag the sled the farthest within a certain time, not unlike county fair tractor pulls. Why it made sense at power competitions like truck and tractor pulls is discussed below. 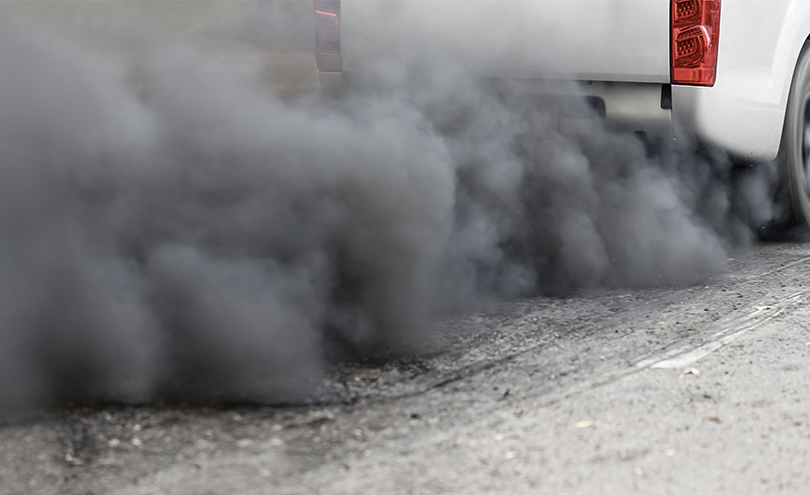 Do we really have to go into why this is a bad idea?

If those weren't enough reasons...

When you don't see smoke coming from a diesel tailpipe, that's a good thing. That's what you want—no smoke. When you see guys at truck pulls with huge clouds of black smoke coming from their stacks, it's because they're driving trucks with a lot of mods to the engine and its ECU.
They usually have an oversized turbo that takes a long time to spool up, too. Until the turbo kicks in and starts doing its job, combustion will be poor and there's going to be smoke. The turbo has to hit a certain number of RPMs before it's effective, and until then there's an excess of fuel being dumped into the engine, which can't be burned properly. It's the same reason you might see a brief puff of black smoke on an older diesel engine, due to turbo lag.

Rolling coal in motor sports remains popular and in the past has been excluded from EPA regulations. Source | Charles Russell

Just like with a gasoline engine, black smoke is a result of poor combustion and a rich mixture. With a gasoline engine it can be due to a misfire, a fuel metering issue, or poor air flow from a clogged air filter. Black smoke from a diesel can also be the result of clogged or dirty injectors, poor fuel, valve problems, a faulty EGR system, or timing issues — none of which are a good thing.

If that's not enough, though, just remember that it's bad for the engine. A modern diesel truck's engine is designed to operate best at factory settings for fuel metering. Engineers put a lot of time and research into those settings and tuning and programming the ECU. Dumping a bunch of excess fuel into the engine means carbon buildup, fuel washing down the sides of cylinders, and heightened exhaust gas temperatures (EGTs). If EGTs stay too hot for too long, there's the risk of melting pistons and valves, damaging the turbo, and even cracking the head or the block.

In the absence of spark plugs, diesel engines rely on the extreme temperatures caused by high compression to ignite fuel. The fuel/air mixture is at about 1,000 degrees F before ignition, and the flame front is at about 4,000 degrees. In addition, the slower ignition of diesel fuel means that it will continue to burn through about 40 degrees of the crankshaft's rotation on the power stroke.

Between high compression and tremendous heat, it adds up to a huge amount of pressure and stress on the engine, even at normal EGTs. If EGTs get up to 1600-2000 degrees Fahrenheit briefly, chances are no harm is done - imagine sticking your hand in a pizza oven for a second or two rather than leaving your hand in there for a whole minute. But if EGTs stay elevated for too long, you run the risk of parts melting, welding to each other or just breaking up and getting spit out through the exhaust.

Think of it this way...when was the last time you saw a locomotive, a plane or an 18-wheeler belching big clouds of black smoke? There's a reason why they don't anymore.

If you want to make a statement with your truck, there are so many great ways to do it. Check out these great truck mods or how about a little lift?

Have you ever experienced rolling coal? Let us know in the comments.

How To Install a Cold Air Intake