The Scion FR-S/Subaru BRZ hit the streets in 2013 and initially seemed to be an enthusiast driver's dream car. The cars are lightweight, with responsive steering, and an emphasis on handling, delivering a pure driving experience like a coupe version of the Mazda MX-5 Miata. 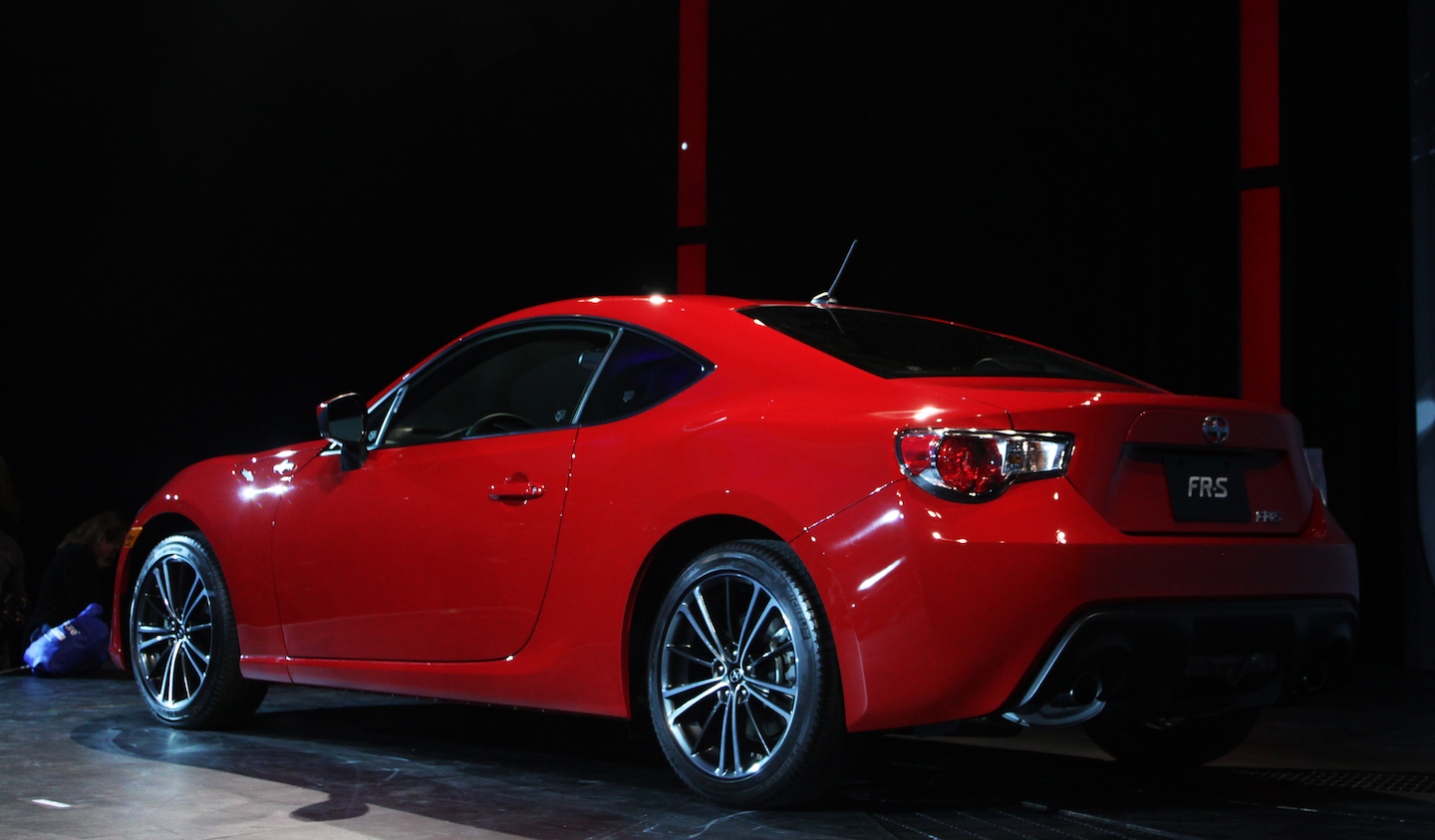 But while they're fun cars overall, there's one glaring issue under the hood. The Subaru-sourced FA20 boxer four cylinder offers an incredibly low center of gravity and solid gas mileage, but its 200 horsepower is a throwback to late '90s performance. Simply put, an FR-S/BRZ would lose a drag race to a 15-year-old Honda S2000. Fortunately, the aftermarket quickly responded with hundreds of ways to up the horsepower. Just picked up a used FR-S/BRZ, or a new Toyota 86? After you swap out those dreadful tires, here's where to start.

No matter the vehicle, Camaro or F-150, engine modifications seem to start with the air intake. They are affordable, deliver noticeable horsepower gains, and can dress up the engine bay. Most intakes are very simple to install. The AEM Induction intake is an electronically tuned induction system. This means that, unlike most air intakes, the AEM intake includes a signal modifier for the MAF sensor, which allows that extra air to be sensed by the PCM and adds more fuel accordingly. In other words, it's a performance increase the factory tune will actually see and be able to use (although you'll see a hit in your fuel economy if you regularly stick your foot in it). The results? DSport Magazine tested numerous intakes, and the AEM unit proved best in the mid-range, gaining 10 horsepower and 12 ft-lbs of torque.

The other part of engine breathing is the exhaust system. A full exhaust includes header(s) and an over pipe, but we're staying affordable here. The cat-back exhaust mainly offers sound improvement in the exhaust note, and weight reduction compared to the factory parts. On an 86, most of the exhaust restrictions are found in the factory header/cats, so expect minimal horsepower gains with a cat-back. The Magnaflow Street Series cat-back saves a couple of pounds compared to the stock exhaust and sounds tons better. It's low and rumbly, without droning on the highway. It's also 50-state emissions legal, since it only affects the exhaust after the emissions system. Expect only 1 or 2 hp gain, but get it for the sound and cool tips. With increased flow potential, it will support your future mods.

The engine's computer operates on a precision calibration. While even your basic intake and exhaust mods will increase power, a new tune is needed to fully take advantage of the performance potential. Two of the most popular performance tuners are the OpenFlash and EcuTek. The OpenFlash Tablet (OFT) is a 2008-era-looking tablet loaded with open-source software to reflash your car's computer according to different mods. EcuTek functions similarly but is different in that it's a licensed DIY tuning software. An easy way to look at it is OFT for easy learning curve and light mods, or EcuTek for forced induction and E-85 dyno tuning.

The next most common 86 modification is probably the lightweight pulley. While it doesn't actually add peak horsepower, pulleys will make your car faster by reducing rotating weight and parasitic drag and allowing the engine to rev more quickly. You will notice increased throttle response and faster track times, all for just a little over $100. A single crank underdrive pulley is available from GrimmSpeed and Perrin, or GReddy makes a seven-piece set that replaces all the spinning bits on the front of your engine.

Now that you are showing up those S2000 guys, it's time to get a little more serious. Nitrous oxide can be entirely safe, but it has a bad reputation, thanks to movies like "The Fast & The Furious." Stick with a smaller jet size, around 50 horsepower. Due to your proper tune and other mods earlier, an efficient 50-shot should put an extra 60 horsepower to the wheels without overpowering the engine's rods, pistons, and bottom end components. That may sound small compared to the hype of nitrous, but a complete kit runs well under $1,000, making nitrous one of the best bangs for your buck. Safety is an issue, so run colder spark plugs, a wide-open throttle switch, and a window switch that will only allow it to activate above a safe RPM. FA20 connecting rods aren't the strongest, so save that 150-shot for your LS7 build. That level of power from an FA20 means forced induction.

“An extra 150 horsepower completely transforms this car," says Chris Riggs, the CEO of Speed by Design. “I think this is the way the car should have come from the factory."

Speed by Design builds precision turbo kits for a variety of cars. The SBD500X is one of the most affordable turbo systems available for the FRS/BRZ, but don't let the price fool you.

“Just the plug-and-play base kit will make right around 300 hp on 91 octane," says Riggs. “We really designed this for the stock motor. It's gonna give you the broadest power band possible. It's so much more fun to drive — it's like a 300 hp go-kart. And on E-85, customers are making around 400 hp at the wheels."

At 2,800 pounds, your FR-S/BRZ now has the same power-to-weight ratio as a Dodge Charger Hellcat. Time to hit the track!

How To Install a Cold Air Intake