What's the difference between an automatic and a CVT transmission?

Since the mid-'50s, the automatic transmission has been the preferred driveline for many vehicles and has slowly but surely displaced the manual transmission in cars and trucks. 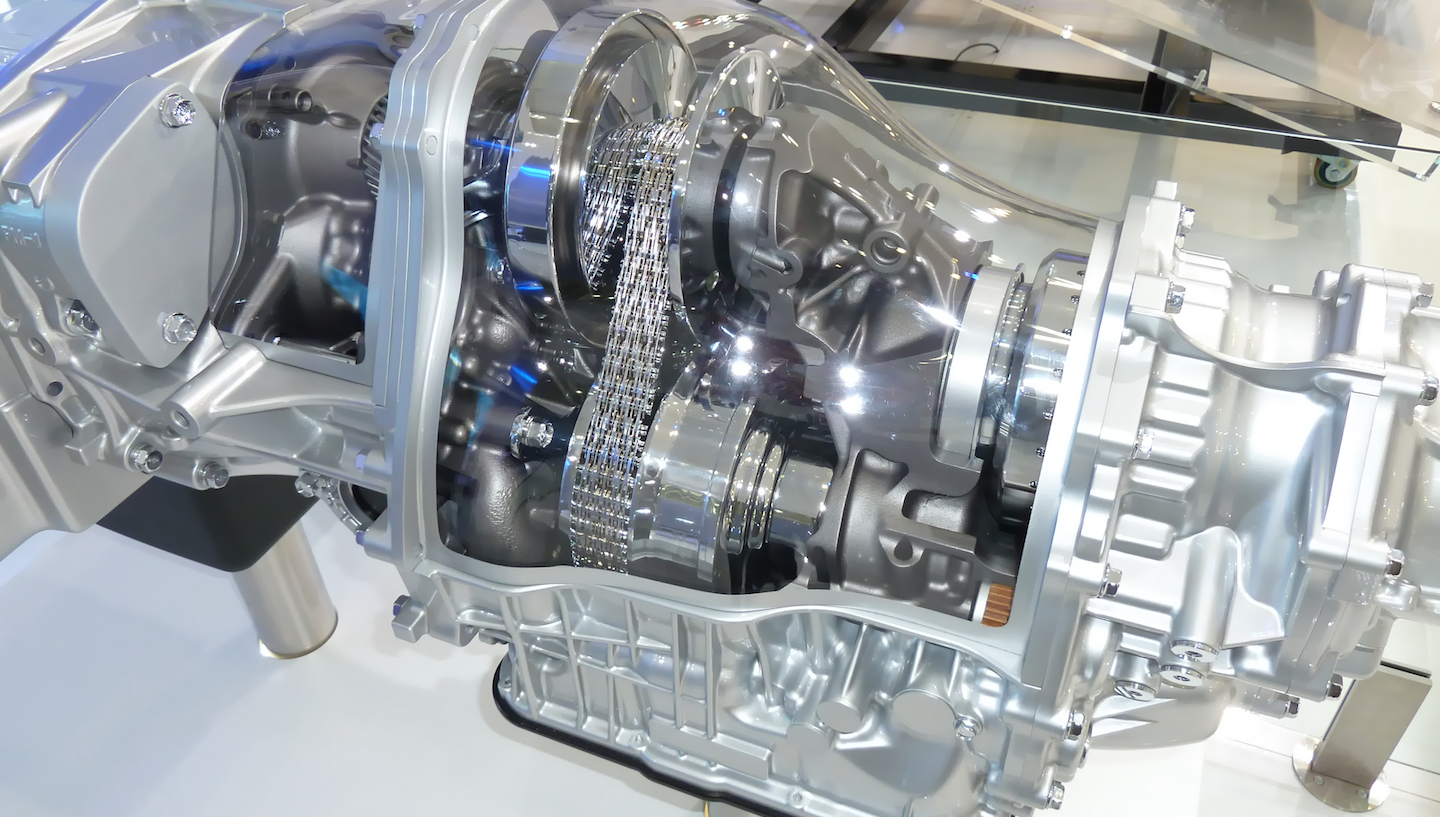 The automatic has evolved over the years, but the principle is still basically the same. A fluid coupling of turbines changes gears by using hydraulic pressure to lock and unlock a series of planetary gears, which have shift points that are determined by engine load and vacuum (or by signals from a computer). A torque converter takes the place of the friction clutch used in a manual transmission, decoupling the engine's torque to the transmission and allowing the driver to hold the vehicle at a stop in gear without stalling the engine.

And Now, the CVT Transmission

The continuously variable transmission (or CVT transmission) is an entirely different design that can change and adapt through a constant range of effective gear ratios. CVT transmissions have been used on vehicles like forklifts and snowmobiles in the past, and now more and more vehicles are coming on the market with these transmissions. Here are a couple of designs: 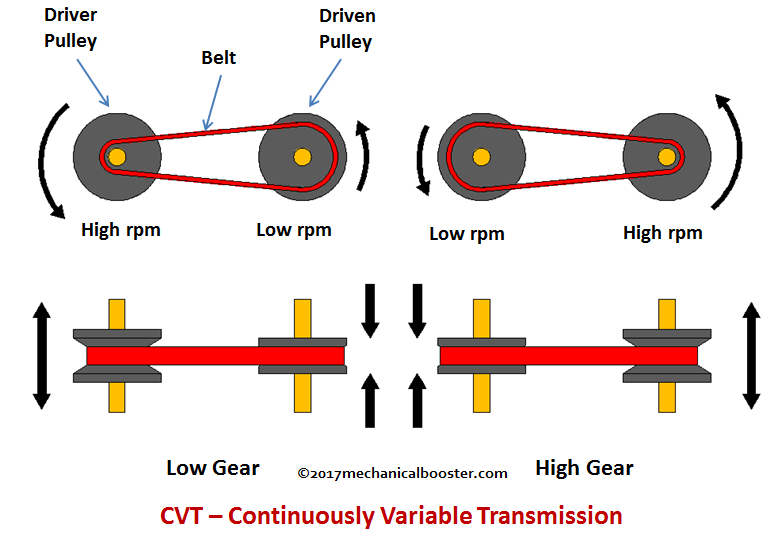 Picture the derailleur on a bicycle, with the chain moving from a bigger sprocket to a smaller one as the rider changes gears and wants to go faster, and the smaller sprockets change the effective gear ratio. Now, envision a pair of cone-shaped pulleys with a steel drive belt between them. Each pulley is actually two pulleys that face each other, with their cones at a 20-degree angle. According to speed and engine load, the pairs of pulleys move closer or farther from each other on their shafts, forcing the belt to ride higher or lower in the groove. The pairs of pulleys might be moved by hydraulic pressure, spring tension, or centrifugal force to actuate them. This design of CVT transmission has long been used on drill presses and other industrial equipment, and was actually sketched by Leonardo da Vinci in the 15th century. 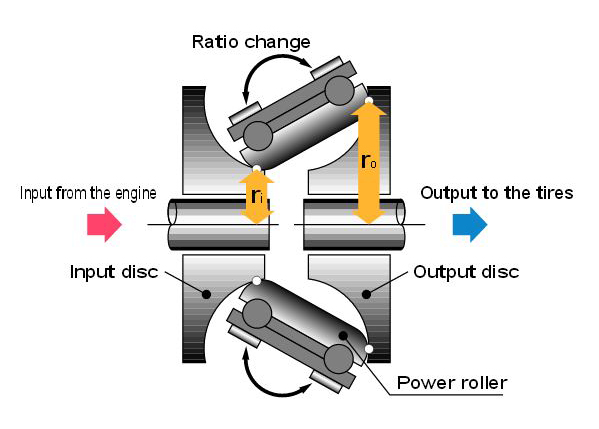 In a toroidal CVT transmission, two cones face each other and two rollers ride between the cones at right angles, making contact with both of them. The rollers can be moved along the conical faces of each cone, causing one or the other to spin faster — and when the rollers are at a right angle to the cones, the cones spin at a nearly 1:1 ratio with each other. There are other CVT transmission designs, but these are the principal ones in use for automotive applications.

Advantages of the CVT Transmission

The main plus to the CVT transmission is its simplicity. An automatic transmission contains thousands of parts that are precision assembled and operate on very tight tolerances with each other, raising manufacturing costs and making repair or overhaul expensive. The CVT has far fewer parts in comparison, which can be passed along to consumers in the car's final sticker price.

The drawback that many drivers used to cite when it comes to CVT transmissions was the loss of efficiency, which comes out as poorer acceleration times, and the expense in replacing it. Drivers are also a little put off by the sound, as engines often rev a little higher until the CVT transmission is warmed up, and the lack of stepped shifting. These issues get a little better with each generation of CVT transmission, though, and now Ford, Nissan, VW, Audi, Subaru, GM, Chrysler, and every other major manufacturer offers at least one vehicle with a CVT drivetrain.

Love it or hate it—the CVT transmission is here to stay.