All vehicle manufacturers are racing to wring the most power and fuel economy out of engines while lowering greenhouse emissions. One of the more recent innovations to come from this is Ford's EcoBoost engine. So how does the EcoBoost work? 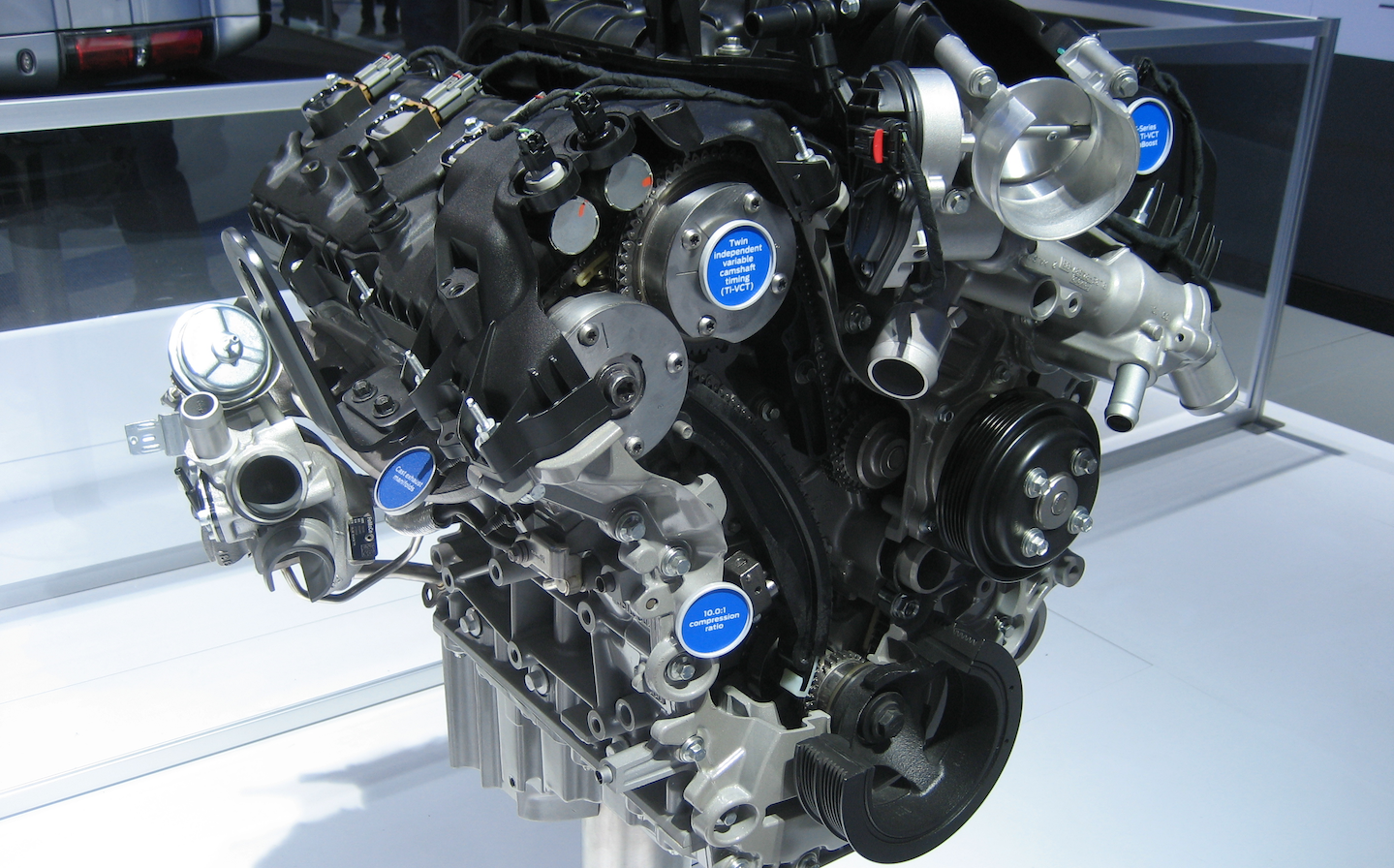 Beginning in the early 2010s, Ford started putting EcoBoost engines in everything from the Fiesta and Focus to the F150. It's a combination of turbocharging and direct fuel injection and is a great way to enhance engine output without just adding displacement.

A turbocharged engine uses a turbine to force more air into the engine's intake. Turbochargers differ from superchargers in that they are driven by exhaust gases, where a supercharger is driven by a belt that's powered by the engine crankshaft.

The second part of this equation, direct fuel injection, uses a common fuel rail to put fuel directly into the cylinders' combustion chambers, rather than into an intake manifold runner or port. Direct injection requires the fuel to be under high pressure, and Ford's combustion chamber and piston crown are designed to create a swirl effect on the intake stroke for more efficient combustion.

The EcoBoost direct injection system is designed for a lean mixture at cruising state and can deliver a richer mixture when the engine is under load, such as hard acceleration or hill climbing.

The EcoBoost engine also uses materials such as compacted graphite iron and aluminum to cut weight without sacrificing strength, and incorporates cam phasing and variable valve timing for enhanced power and fuel economy.

Like with many new technologies, the EcoBoost engines have had a few problems that have presented themselves:

So How Does It Perform?

Seeing how EcoBoost is a Ford signature technology across several different models, let's take a look at some performance numbers.

EcoBoost engines have been around long enough now to be a proven technology, and you can't argue with these kinds of fuel economy and performance numbers—especially considering it wasn't that long ago that you could barely squeeze 22 mpg out of an Explorer or a Mustang.