If you've got a vehicle that's more recent than the late 90s, chances are it's got antilock brakes and traction control. These are great features that went from being an optional feature to being standard equipment on most vehicles. ABS brakes have actually been around since the late 70s; it's an aircraft-derived technology that uses sensors to detect the rotational speed of each wheel, and then a controller uses valves and pumps to meter braking effort accordingly when it detects a wheel that may be on the verge of locking up and skidding.

Traction control uses a processor (sometimes integral with the ABS controller) that monitors rotational speed of the wheels and uses braking friction to slow a wheel that may be spinning faster than the others and losing traction. More advanced traction control systems might also use the powertrain control module (PCM) to cut engine torque by reducing fuel metering, controlling the throttle, retarding engine spark or even shutting down cylinders. Some vehicles have a button to override and disengage traction control, since wheelspin can actually be useful if you need to get out of mud or snow.

As helpful as traction control and ABS are, though, newer vehicles are available with an entire suite of more sophisticated safety and crash avoidance features. We'll take a look at all of them and how they work together to keep you safe. 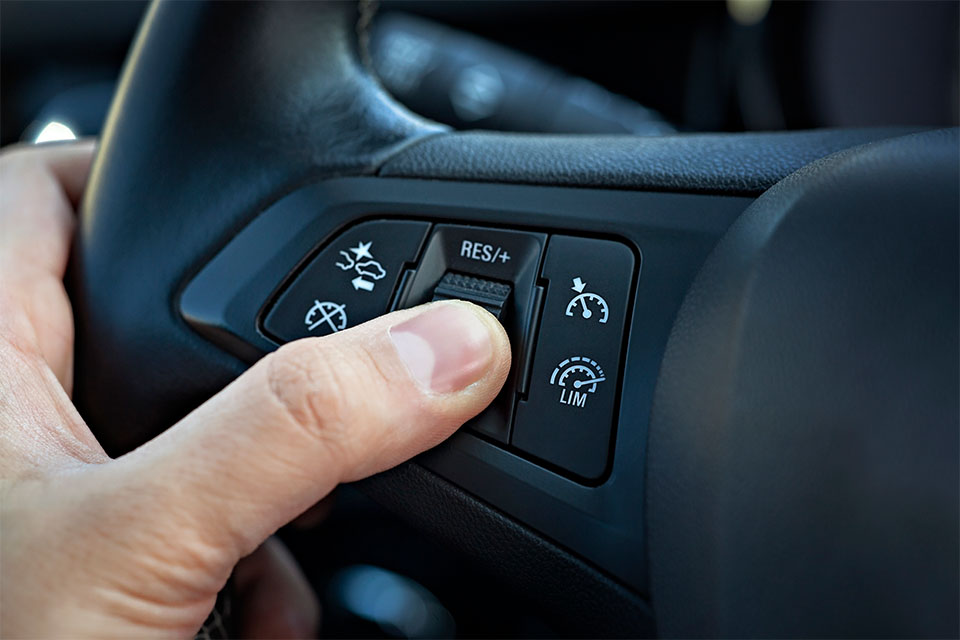 It does more than just save you the trouble of adjusting your speed to match the vehicle in front of you while your cruise is engaged. Adaptive cruise control (ACC) may use lasers, radar or a camera system to monitor the speed of the vehicle you're following and then brake your vehicle or change throttle settings so you can keep a safe following distance. These systems have been around since the early 90s, when some Mitsubishi models offered a "distance warning" that gave drivers a heads-up on following distances, but didn't actually make changes to speed or throttle.

Radar-based systems are more common, as sometimes a laser-based ACC can't effectively detect a dirty vehicle that may not offer a good reflection for the laser. More advanced systems use a "binocular" setup of two cameras on the external rearview mirrors that then calculate depth information using the parallax between the two angles. Others can incorporate GPS information to figure in off-ramps, traffic slowdowns, hills or other features, and newer-generation ACC can actually predict the behavior of the vehicle in front by "observing" brake lights or turn signals, or even respond to traffic signals.

Hauling heavy loads or towing a heavy trailer are both pretty stressful for an automatic transmission. It's easy to overheat the transmission when towing, and a rise in fluid temps can quickly do some real damage to the transmission's internals.

Tow/haul mode detects when the vehicle is dealing with heavy loads and the drivetrain is stressed. It'll change transmission shift points and (in many cases) disengage overdrive to avoid overheating. It may also dictate shift points at higher RPMs, and downshift at lower RPMs when descending a hill, saving your brakes.

Some vehicles can revert to tow/haul mode automatically, while on others it's up to the driver to engage or disengage. 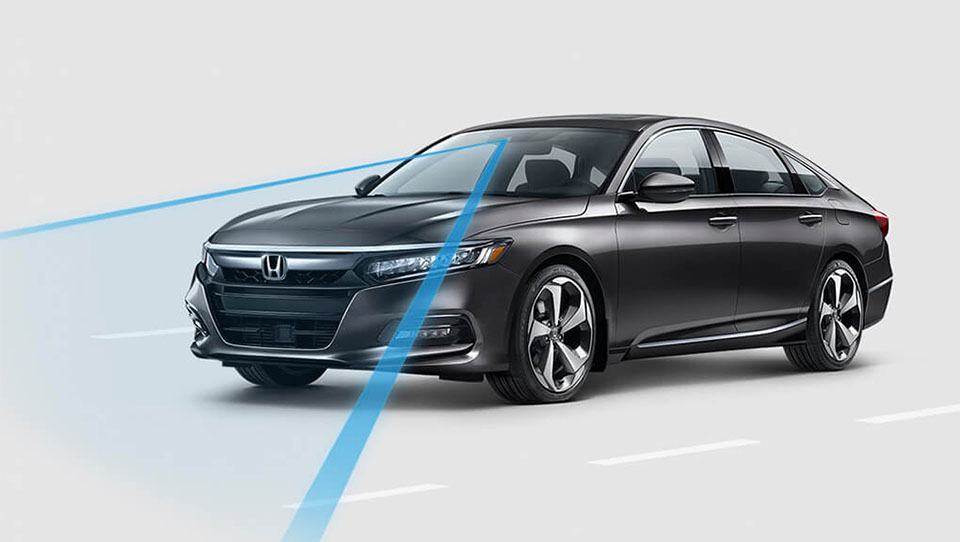 They do just what the name suggests: lane departure systems give the driver a warning when the vehicle drifts to the left or right out of a lane (unless it detects a turn signal is on). Later-generation systems can even override steering and make corrections, then ask the driver to take charge in more difficult situations. They may use cameras, infrared sensors, lasers or a combination of those.

Sensors are typically mounted around the rearview mirror, behind plastic fascia at the front of the vehicle, behind the windshield or under the vehicle. The main disadvantage of lane-management systems is that they rely on visible lane markings and are less effective when centerline or shoulder markings are faded or nonexistent.

Using much the same tech as adaptive cruise control, collision warning systems (also known as pre-crash systems, collision avoidance or collision mitigation systems) scan the road ahead to warn drivers of an impending collision with a vehicle or obstacle. If the driver doesn't respond, the system can apply brakes or take evasive action on its own.

Some (but not all) collision warning systems can also detect animals or pedestrians; others can change power steering assist, shock absorber valving and suspension firmness on the fly if a driver needs to take sudden evasive action. Many also take into account stop signs or stoplights by drawing on a GPS database.

Interestingly, this is a feature that first appeared on Cadillac's late-50s Cyclone concept car but was never brought to market due to the expense.

An extension of ABS braking tech, emergency braking assist can provide full braking ability (with antilock) if it detects the driver is having to do a panic stop. This is a feature that sprang from studies that showed that drivers often don't apply as much braking force as they really need to in emergency situations, and can mitigate collision or near-collision instances by stepping in and helping with braking effort. 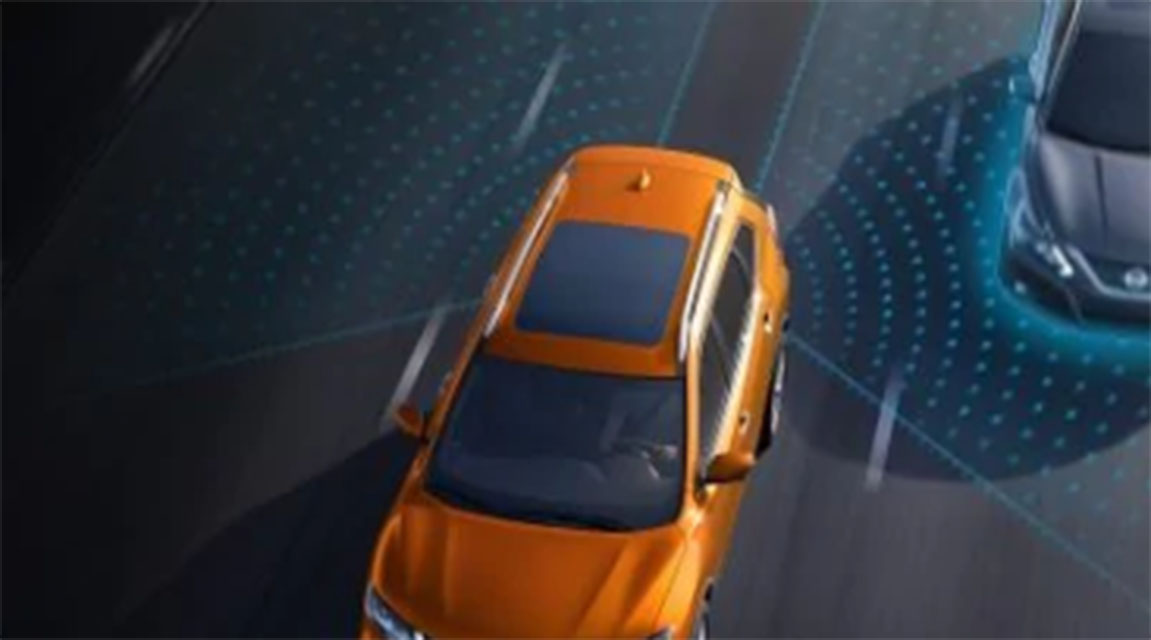 With properly adjusted rearview mirrors, drivers shouldn't have a significant blind spot, but blind spot warning systems monitor these areas and alert the driver through flashers on the pillar or side view mirrors, an alarm, or a seat vibration if the driver tries to change lanes when there's a conflict with another vehicle in that lane.

Some blind spot warning systems can even direct the vehicle back into the right lane and prevent the lane change.

Chances are you may have had a close call stepping out of a vehicle when there was a car coming fast from behind. Kids aren't always so cautious about that sort of thing, and safe exit assist uses radar to alert you to fast-moving vehicles that are approaching. It then gives you a warning to not deactivate the child safety lock system until the coast is clear.

Sometimes even good drivers aren't great at the geometry and spatial awareness needed to parallel park cleanly. Automatic parking systems take the guesswork out of this task by calculating proximity to other vehicles, then using servos to take over steering, throttle and brakes and safely guide the vehicle into a parking space.

This is a feature that keeps track of lane usage, steering input from electric power steering systems and other factors to determine a driver's inattention or drowsiness. Some use a camera to "watch" the driver's face and eyes and even monitor things like skin capacitance, heart rate, muscle activity and brain activity. If a driver seems to be nodding off, he or she may get a suggestion that they get off the road for a bit, and the system can even use GPS for tips on places down the road for a quick break. 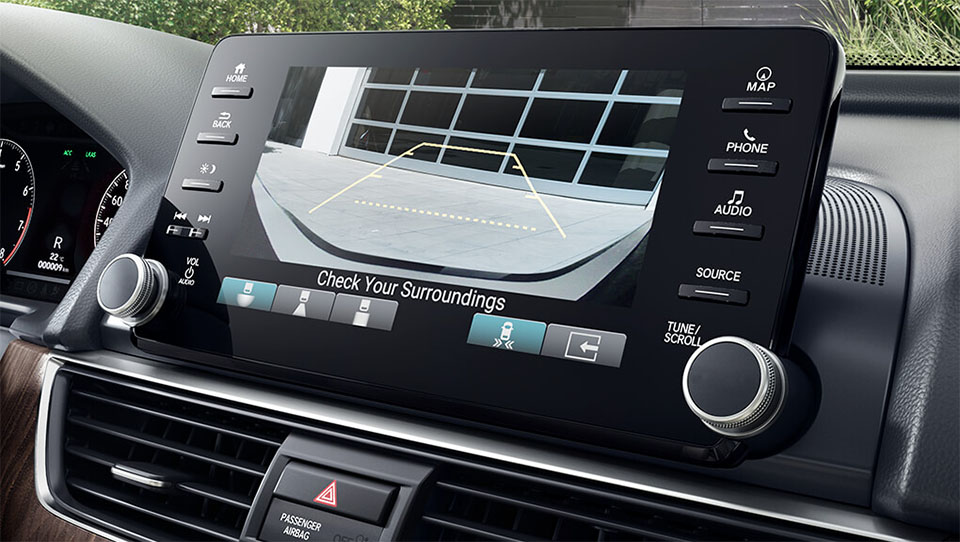 This is a feature that's been around since the early 60s (although it hardly ever worked right back then). It uses photosensors to determine how dark the highway ahead is, automatically clicks your high beams on when there's no oncoming traffic and then dims the lights again when a car is headed toward you.

Yes, airbags have been standard equipment since the early 90s, but now there are side-curtain airbags that drop down from the ceiling, knee airbags, under-seat airbags, seatbelt airbags and even center-seat airbags to prevent passengers from knocking into each other. 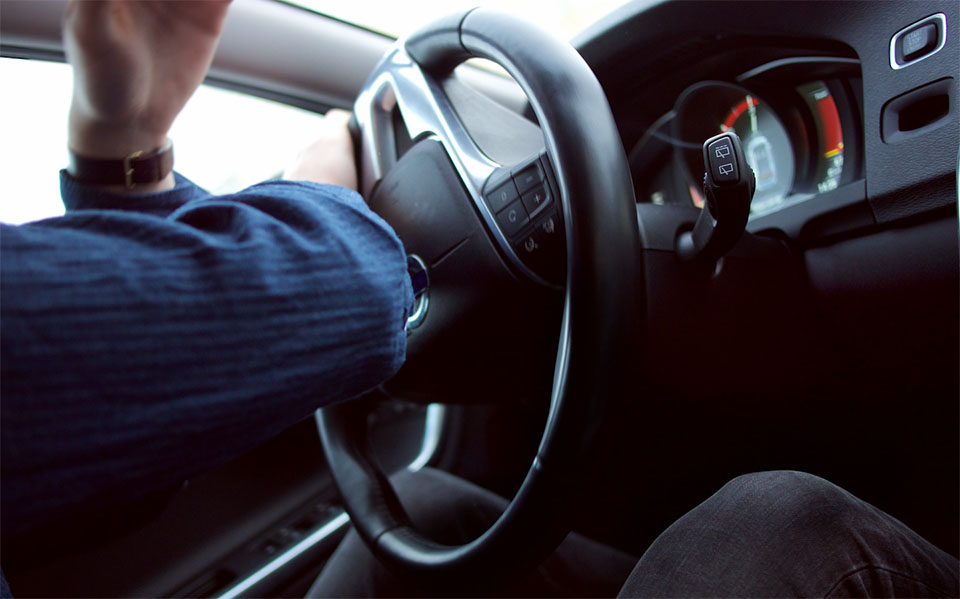 Safety systems can be useful in both accident avoidance and in assisting if an accident occurs.

If you've been in a collision and your airbags deployed, it can be a traumatic experience — even if nobody's injured — that leaves you rattled and unable to find your phone. No need to call 911, though — automatic crash notification will do that for you as soon as your airbags deploy, and it can literally be a lifesaver. These systems, like GM's OnStar and Hyundai's BlueLink, can also automatically lock or unlock your car, or help you locate it if it's stolen.

Most of these these driver safety features are still emerging technology, meaning that different systems from different automakers might vary a lot in performance and effectiveness. They also make servicing a lot more complex, especially if a vehicle has to go to the body shop — there are sensors and other parts to replace and then program and calibrate. Body shops report that in some instances, a technician might need as much as 500 square feet of empty space around a vehicle to reset and calibrate the new sensors properly. Even something like windshield replacement can get complicated - and in some instances, a dealership might be the only place that can take on this type of work.

Some have also voiced concerns about packages of safety features actually making driving less safe, as drivers tend to get too complacent and actually turn over control to the vehicle itself. It can lead to more distracted drivers (as if that wasn't a big enough problem already) and drivers taking chances they might not otherwise take. It's safe to say, even with a full suite of safety features, you still need to stay alert and keep your eyes on the road.

One thing's for sure, though—advanced safety features, like every other new technology, will get less expensive and will perform better with each successive generation. There's another thing that's evident as this technology matures: these are all features that will be key to the transition to autonomous self-driving cars in the future.

How do you feel about all these modern safety features? Do they improve your driving?