Go to any dragstrip in America on any given night, and you will see a lot of fourth-generation Camaros and Firebirds. A natural drag racer with their fairly light weight, rear wheel drive, strong transmissions, and simple suspension, the mid-'90s “F-body" cars also featured a stout 350-cubic-inch LT1 V8. This engine featured a new distributor design called Optispark that was plagued with issues. If you own an LT1 car, here's what to watch for and what to do when that Opti fails. 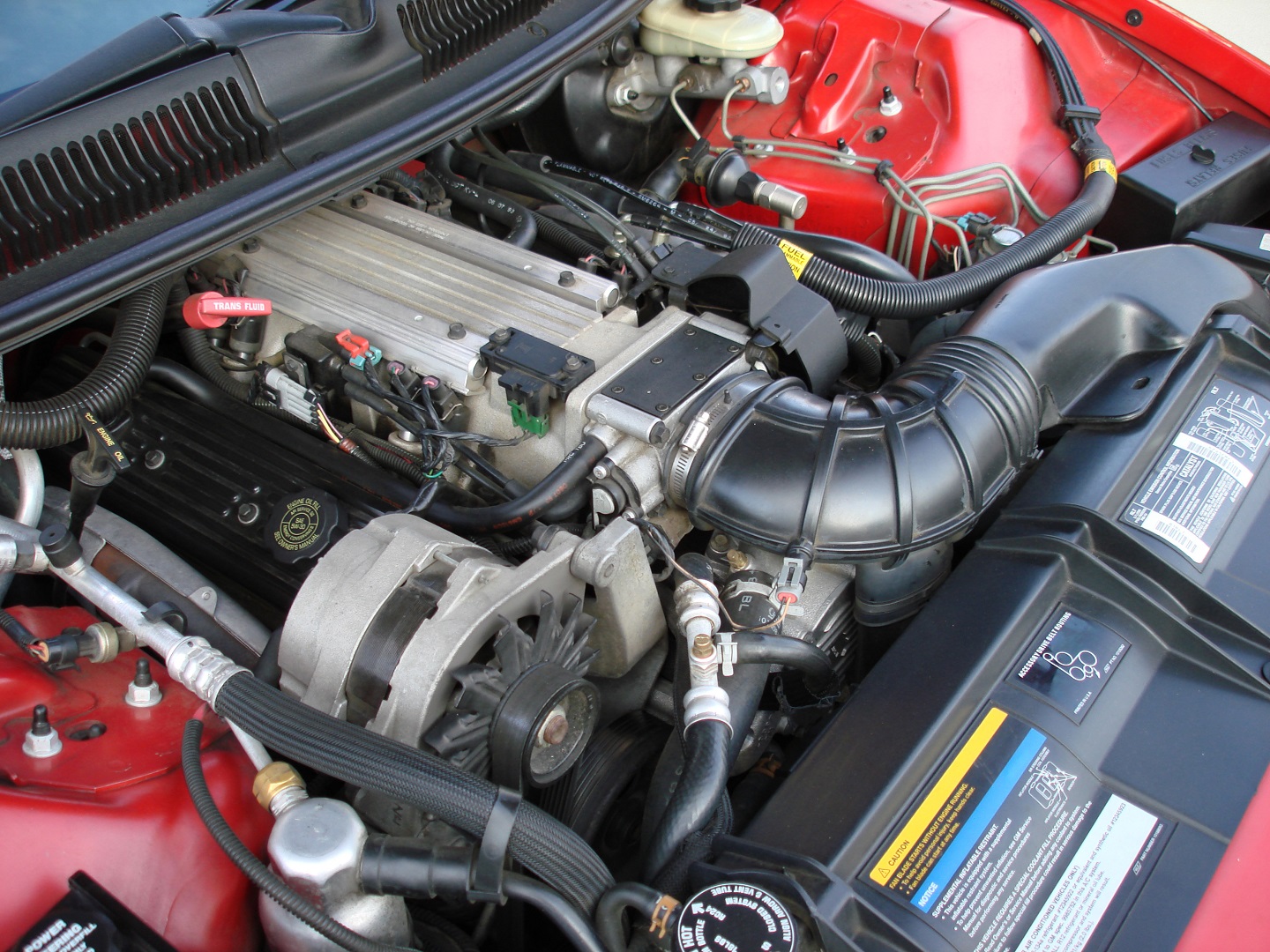 The original small-block Chevy (SBC) V8 was built for decades, spanning from the mid-1950s through the 1990s. But changing times demand changing designs. Increasing efficiency, horsepower, and emissions reduction was the name of the game in the late 1980s and early 1990s, and the camshaft-driven HEI distributor on the SBC was no longer effective. GM changed the design for the Generation II LT1 small block with aluminum heads and reverse-flow cooling, meaning the heads were cooled before the engine block. This allowed higher compression ratios, resulting in more power and gas mileage, and reduced emissions. One of the other major changes was the distributor.

While a traditional fuel-injected small-block Chevy V8 had the distributor at the rear of the engine block, the LT1 featured a new type of optical sensor placed on the front of the engine. This sensor is able to “see" the LED light passing through a spinning reluctor wheel (fancy name for slotted disc) in one-degree increments. While the previous Electronic Control Modules had no idea which cylinder was firing until the rotor passed the pickup point, the LT1's ECM was able to know where each piston is located and which cylinder will fire next. When the ECM knows the true camshaft position, engine speed and such, it can fine-tune ignition timing for each cylinder under a wide range of conditions. The Optispark is still a great idea and a genuine leap forward in engine technology.

While it was advanced for the time, it should not be confused with the current-generation LT1 engine powering the sixth-generation Camaro. The old LT1 was only stuffed into the engine bay of the mid-'90s Camaro and Firebird V8 models, plus the C4 Corvette and smaller displacement versions made it into the Chevy Caprice and Buick Roadmaster. The LT1 powered police cars and taxis, too, and really only had one problem.

While it worked perfectly in a lab or on bright, sunny days at GM's proving grounds, low mounting on the front of the engine meant the Opti suffered from exposure to road water, grit, and salt far more than the typical distributor. Being under the water pump, if that part failed, it took the distributor out with it. Even a $20 radiator hose could split and cost hundreds of dollars in parts when it soaks the Opti with coolant. This was compounded with the factory ventilation holes being too small, which causes ozone buildup and corrosion, leading to engine misfires. It also doesn't allow moisture to escape, so if the vehicle sat for a few weeks, that moisture was spread through the distributor on startup. Some owners even reported pulling off the Opti and having water pour out of it!

Looking back, it's a hilariously poor design execution, as the slightest bit of water from cleaning an engine bay can cause Optispark problems, sometimes as early as 20,000 miles. Also, it has a conventional cap and rotor design, but due to the location behind the water pump, they are much harder to service than a conventional distributor. Many owners assumed the LT1 cap and rotor were lifetime units that didn't need servicing, and only paid attention to it when the Opti needed replacement.

GM's "solution" was to replace the failing unit with another Opti that has the same faults and will have the same failure. Under warranty, this costs the owner nothing, but the factory warranties have long ago expired, making this repair cost several hundred dollars at the dealership.

Owners quickly realized the issues with their distributor and used a .187 drill bit to enlarge the factory drain holes and took a razor blade to the inside of the cap to improve air flow. While this homebrew solution was somewhat effective, these were Band-Aid fixes to usually high-mileage parts. Basically, it was a lot of work and didn't entirely solve the problem, so why do it halfway?

Instead, the best cost-effective solution is to go with a superior aftermarket parts. MSD, CarQuest, BWD, Pertronix, and others build replacement optical distributors that are more reliable than the original unit, for a lower price. The drain holes on the bottom are larger than factory units, and a newer vented design uses a fresh air source and vacuum tube to keep gases and moisture from building up under the cap. These designs are more water resistant, too, allowing you to wash the engine for a show-car engine bay shine.

If you tackle this one yourself, just note that there are six bolts keeping the water pump on, not just the four you can see. Don't try to pry it off after unbolting only four. Also, the new Opti should go in by hand. Use a good amount of silicone and don't force it into position, as that means it's misaligned. Finally, for long-term reliability, change the water pump and the intake manifold gasket at the same time as an Opti replacement.

The LT1 is a solid engine, with horsepower and torque to spare, and a large aftermarket for performance upgrades. By fixing this one issue, it should be set for many more years of trouble-free driving.