A Ram 3500 loads up at a garden center with a shocking amount of topsoil, while the ride height stays level. A few blocks away at a car show, a custom Nissan D21 hardbody hisses as it lowers its frame to the ground. Both are examples of air suspension, found on everything from a Lincoln Town Car, to a Hummer H2, and even the Tesla Model S. While the system certainly has its benefits, air suspensions develop problems as they age. If your ride is doing the "Cali lean," get that droop fixed. Start here as we look at how air suspension works, what commonly goes wrong, and how to fix it. 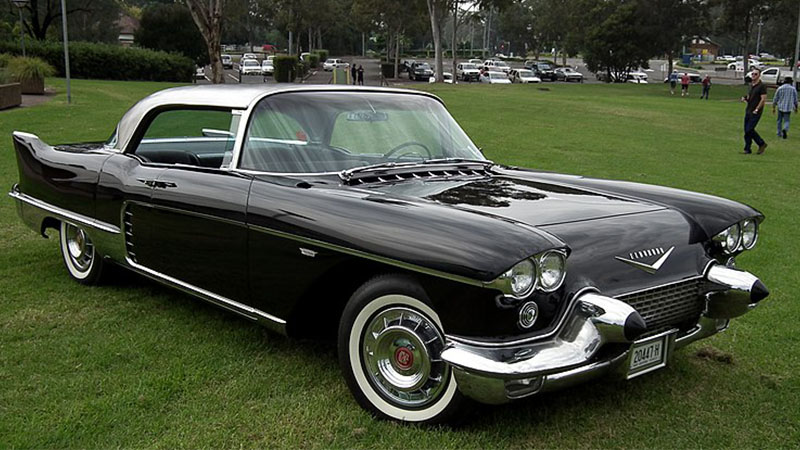 Air suspension is an old innovative solution to a common vehicle problem. Historically, suspension designs used various types of metal springs, and air suspension didn't reach mass production until the 1957 Cadillac Eldorado Brougham. No one enjoys driving over potholes with a stiff suspension. Now picture a stuntman jumping out a window and landing on a giant air bag. The fall was dramatic, but the impact was trivial thanks to a cushion of air. Air suspensions work on the same principle, by cushioning the vehicle with an inflated air bag, the compressed air limits the harshness of the bumps in the road.

Other bonuses include increasing ground clearance for off-roading, or automatically lowering the vehicle height at high speed for increased fuel efficiency and handling. Generally, factory air suspension is reserved for larger body-on-frame vehicles that carry large cargo or passenger loads, like full-size cars and SUVs, rather than compacts. Although the aftermarket sees nearly everything; just ask the mini truck fans.

In a vehicle with a traditional suspension, the springs and shocks try to adjust as the passenger and cargo weight increases, but the result isn't ideal. If you've ever driven a pickup near its maximum load, or even a midsize sedan with five adults inside, you know how the suspension can't live up to demands and the ride quality suffers. Air suspension actively counters the suspension compression caused by increased weight, correcting suspension geometry and ride quality through increased pressure inside the air bag. Air suspensions achieve this through several parts, making it an entire sub-system of a vehicle.

Typical parts of an air suspension system include: 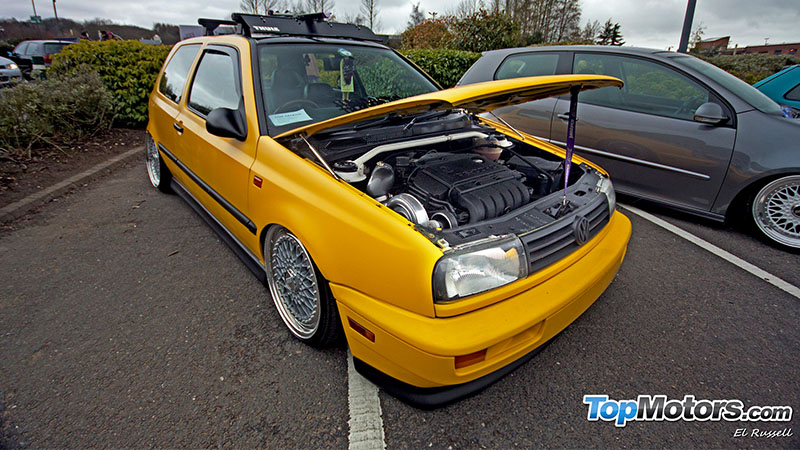 Ride height and quality are controlled by the volume of air in the air springs. The vehicle compresses outside air, filters it, and stores it in reservoir until needed. The air suspension control module determines which springs need more or less air based on input from the height sensors, and other factors like vehicle speed.

When air suspension fails, you'll know it. The most likely first symptoms are a lower, sagging ride height, or the selectable ride settings that no longer function. Other symptoms include a rougher, noisier ride, and sloppy handling through corners and over bumps. Fortunately, a failed air suspension component is not a dangerous failure like a tire blowout, but you do need to get it repaired, as ignoring it will slowly cause more damage to the rest of the suspension.

Can I drive with broken air suspension?

Like driving with completely worn out shocks, struts, or springs, driving with broken air suspension components is not recommended. If your air suspension fails, you can likely drive to your local Advance Auto Parts, mechanic, or home, but you shouldn't continue to daily drive with the failure. Failed air suspension parts cause negative handling characteristics and it beats up the rest of your vehicle.

A $100 air bag failure, if ignored, could lead to hundreds more in repairs if the compressor prematurely fails. If all of that seems overly complex and expensive, note that there are air spring to coil spring conversion kits that solve every air suspension problem by removing all that complexity for a traditional coil/shock setup.

How to Fix Air Suspension 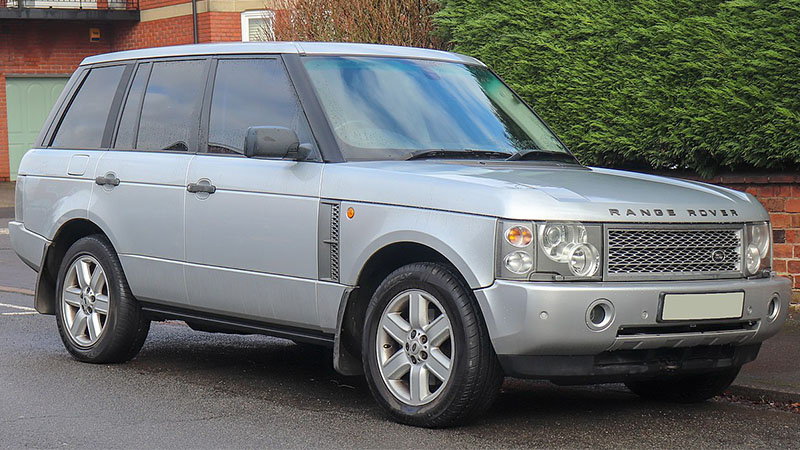 While air system issues seem more complex than in a standard suspension, the solutions aren't much harder and parts swap out in a familiar manner. The following steps are for the Land Rover Range Rover L322 with standard Vehicle Dynamic Suspension, but your steps should be similar. Specifics like torque specifications will be different, so grab a repair manual for your vehicle. The steps below assume the battery is disconnected and the vehicle properly jacked and supported by jack stands to unload weight from the suspension. Then, use a diagnostic scanner to safely depressurize the air suspension system, even if you think all the air has leaked out. If you're too impatient for this step, at least wear safety glasses when disconnecting air lines.

How to replace an air bag strut

This vehicle has air bags over the struts up front, and a separate air bag spring and standard strut layout in the rear. Replacing the front air spring is similar to replacing a standard shock or strut.

Start by removing the fender liner to gain access to the strut. Remove the wires and sensors from the retention bracket on the strut. Remove the nut holding the ball joint to the strut, and then the two large bolts that connect the strut to the spindle. Then move to the engine bay and remove the two torx bolts in the damper cover, and unclip the wiring harness. Next, unfasten the three bolts holding the strut, being careful not to let it drop. A few more bolts and the air bag slides free of the strut.

The dampers can be reused if they are in good condition and you clean them with a standard car wash soap and let them thoroughly dry before installing the new air bags. Installation is the reverse of disassembly, being sure to install the supplied o-rings in the proper order.

How to replace an air compressor

The L322's air compressor is a large piece, located in the cargo hatch, below the spare tire. Four bolts secure the compressor cover. Remove the valve block and disconnect its air lines. There are three electrical connections to unplug, then remove the four mounting bolts holding the compressor to the vehicle, and lift the compressor out. Installation is the reverse of disassembly, with installing compressor bolts and compressor cover bolts both to 7 lb-ft.

How to replace an air valve

Air valves are usually bolted to the sub-frame with a rubber isolation bolt, similar to a motor mount. First disconnect air lines at the valve. Second is the electrical connections, one for valve power and another for the air pressure sensor. Last, unbolt the mounts with rubber isolators and remove the air valve. Reassembly is the opposite procedure, torquing the air lines to only 1.7 lb-ft (20.5 in-lb), and the valve mount bolts to 10 lb-ft.

Have any experience with air suspensions? Let us know your thoughts in the comments below.

Symptoms Of A Bad Tie Rod

What to Know Before Replacing Your Shocks and Struts

Symptoms Of A Power Steering Leak

How the Power Steering System Works

How a Vehicle Alignment Saves Your Tires and Your Money