When you think Hummer, you likely think of the large and in-charge SUVs that gained popularity in the early to mid-2000s. But to truly understand the Hummer, we first need to talk about its predecessor: the Humvee. 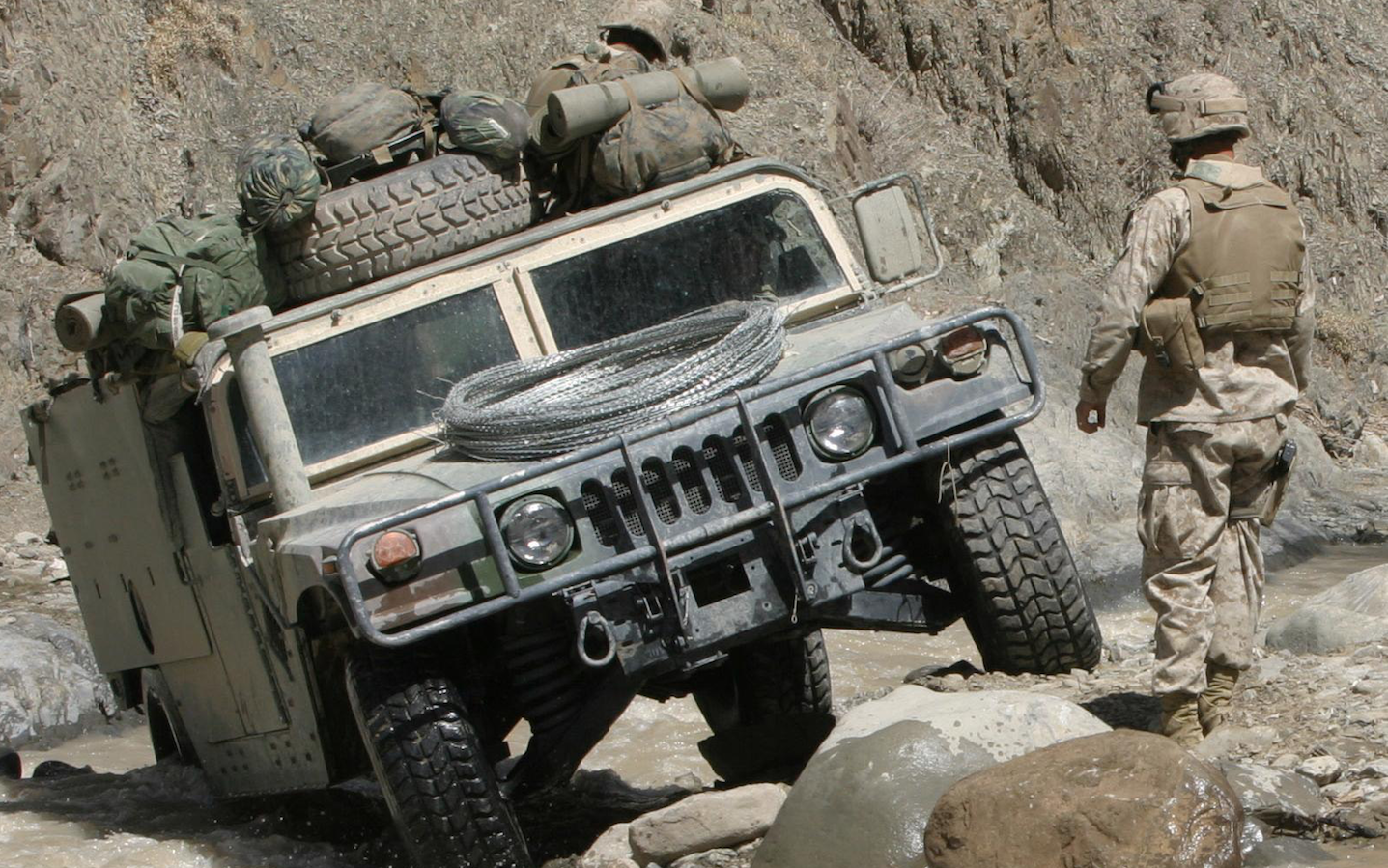 Since WWII, the United States military has used large, all-terrain vehicles to transport weapons, soldiers, and more in lands unlike our own. Traditionally, Jeep was the go-to, but the script flipped in 1979, when the U.S. Army created specifications for what it called a M998 Series High Mobility Multi-Purpose Wheeled Vehicle. Since the acronym for that was unwieldy (HMMWV), the nickname Humvee was born.

This plan was set to replace all tactical vehicles in the quarter- to one-and-a-quarter-ton range, like the M151 quarter-ton Jeep and M561 Gama Goat. This "jack-of-all-trades" light tactical vehicle would, ideally, perform the same role as those other vehicles but offer on- and off-road performance, the ability to carry more cargo and weight, and help better protect against indirect fire.

In July 1979, AM General, a subsidiary of American Motors Corporation, began the design work, and in less than one year, the first prototype was in testing. Compared to other sport-utility vehicles, like the Jeeps used, the Humvee was much larger overall, sitting 16 inches off the ground. It was capable of climbing a 60 percent incline and gliding a 40 percent slope.

Chrysler Defense and Teledyne Continental also built prototypes, but the Army went with AM General and in 1983, it was awarded the initial contract and asked to build more than 2,300 vehicles. The original Humvees rolled off the assembly line weighing in at a whopping 5,200 pounds curb weight and were capable of a 2,500-pound payload. Under the hood, this monster carried a monster engine, a V8 6.2L diesel engine and three-speed automatic transmission.

As mentioned, Humvees are massive vehicles with an equally massive engine. They are all-wheel drive vehicles with independent rear and four-wheel double wishbone suspension. Humvees are equipped with a winch, capable of handling 6,000-pound load capacity and armor. Each variant of the Humvee provides different weaponry mounting and capabilities.

The Humvee seats four passengers and is available with a fully enclosed metal cabin and vertical windshield. Its lightweight, rust-resistant body is constructed with aluminum, instead of steel. Some of these vehicles come equipped with what is known as CTIS, central tire inflation system, which allows the operator to lower the tire pressure for soft ground or raise the tire pressure for hard surfaces. The Humvee drives 55 miles per hour on the highway at maximum weight, with a top speed of 70 miles per hour. 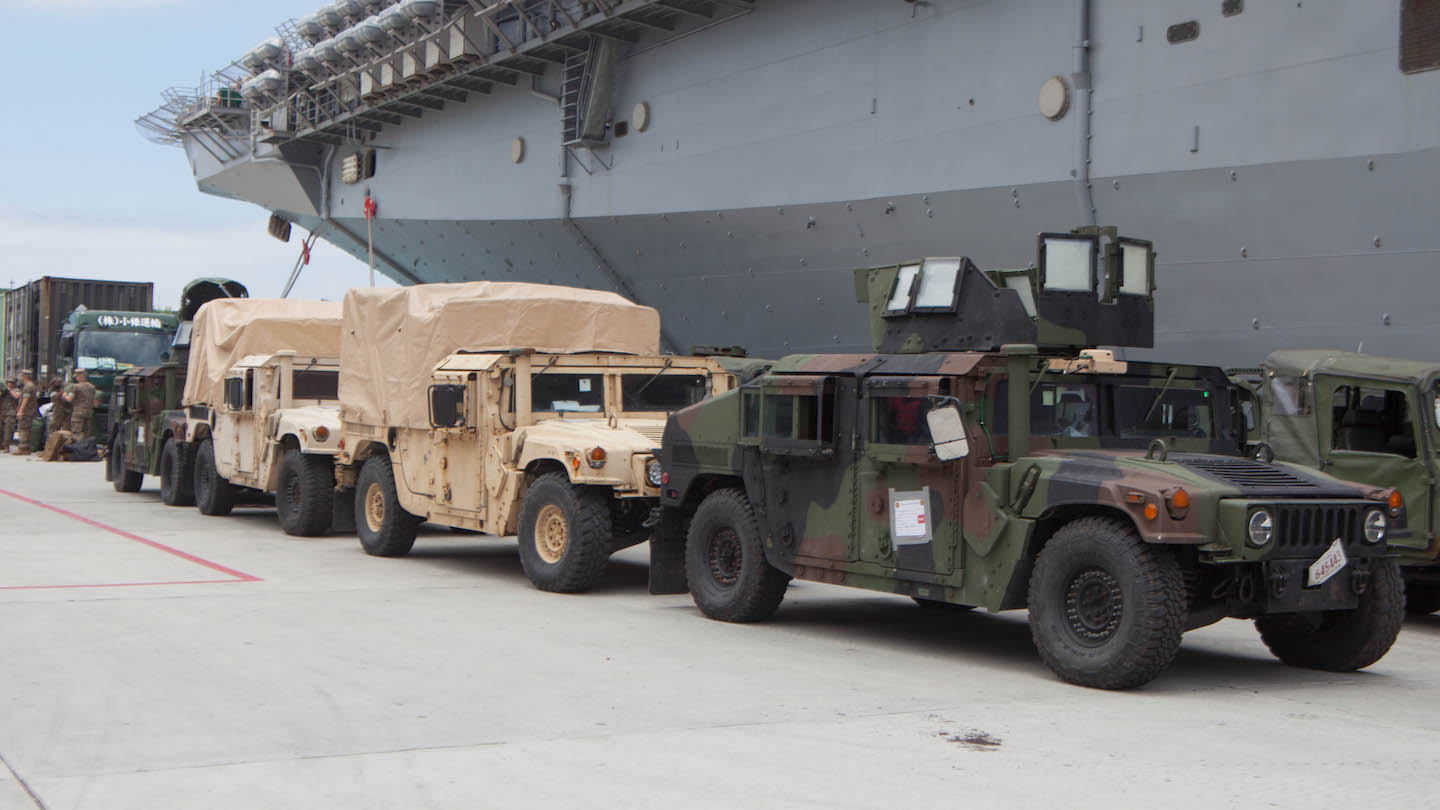 Put to the test

The Humvee first saw combat in the U.S. invasion of Panama in 1989, also known as Operation Just Cause. This M998 wasn't intended to withstand heavy fire, as it had no armor or protection against various threats of war, but was put to better use in transport behind the lines. Unfortunately, the military realized that this was a big flaw and turned back to AM General to build a new version with the protection it needed.

AM General went to the drawing board and came up with the M1114, an armored Humvee capable of withstanding small arms fire. The M1114 sported a fully armored passenger area that was protected by bullet-resistant glass and steel. In addition, this new Humvee was larger and more powerful, thanks to the turbocharged engine, and offered a strengthened suspension for better handling.

These new, armored Humvees offered more protection and were sent to Afghanistan after 9/11. They were widely appreciated by troops because they were able to traverse rough roads and mountainous terrain, while keeping passengers safe. Unfortunately, though, as military weaponry advanced with the introduction of IEDs, the military once again recognized the Humvee's vulnerability.

With the Iraq War fast approaching, the military powers that be knew they had to do something to help combat the sting of IEDs and new weapons that were emerging. In 2006, more than 60 troops died in Humvees, so to increase protection, the military decided to throw armor kits on the vehicles. It was a good thought in theory, and it did better protect the vehicle and those inside more than before, but the downfall was that it made it too heavy.

The armor kits added so much weight that the chassis would begin to wear down, making the vehicle unreliable. In addition, troops found out quickly that these massive armored doors were hard to open and the vehicle was now so top heavy that rollovers happened more and more.

In 2007, the U.S. Marine Corps decided to begin replacing combat Humvees with mine-resistant, ambush protected vehicles (MRAPs), while the remaining Humvees would serve their original purpose of transportation behind the lines. Once replacement of the Humvee began, there were many alternatives introduced including the Joint Light Tactical Vehicle (JLTV), which would eventually take over the combat vehicle role.

While taken out of military combat, the Humvee isn't down for the count as there are still ambulance Humvees in active use. It's been suggested that the remaining Humvees not replaced by the JLTVs could be turned into unmanned ground vehicles (UGV) to serve as a "mobile scout" with their armor taken off to give them better mobility. This is a solid idea, since there would be no injury or death to troops and there are still tens of thousands of Humvees left. Until that time, the JLTVs and Humvees will continue to work together for our military.

In part two, we'll talk about how this once highly-sought-after military vehicle became the inspiration for the civilian-edition Hummer.

Our Forefixers: Influential Women Innovators of the Automotive Industry