Take a look back at the all the exciting Speed Perks events we held in 2017. From the Restoration and VIP Tours, to Coca-Cola 600 race day, to Florida Georgia Line and Mexican National Team events, and to Courtney Force's Pink Campaign, it's been a great year for Members! 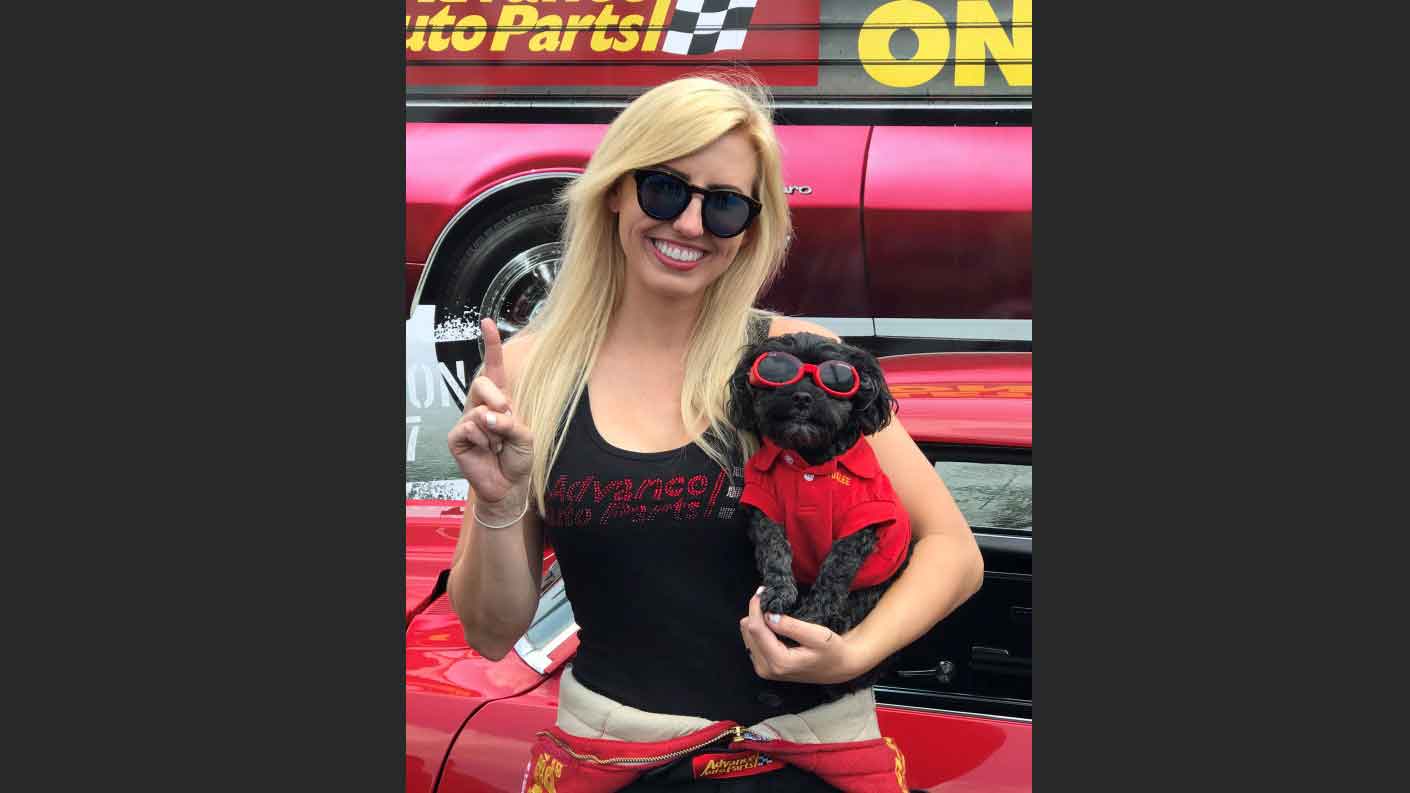 Speed Perks kicked off the year on all cylinders with our two brand new Restoration and VIP Tours. The tours were a huge hit among members. Check out these highlights if you missed it! 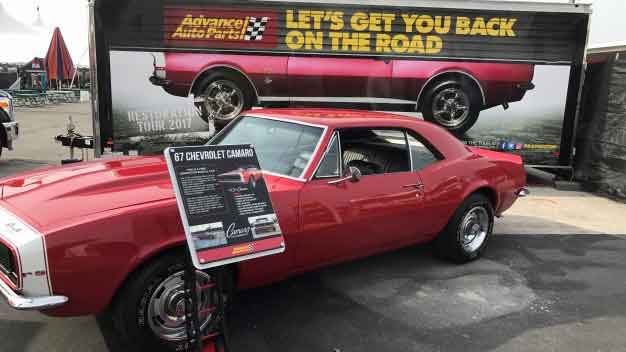 The Restoration Tour Camaro at Barret-Jackson Palm Beach 2017 Picture this…we took a beat-up 1967 Chevrolet Camaro RS, hauled it on the back of a Speed Perks trailer and drove it across the country, where at each stop professional technicians restored the classic muscle car one part at a time. The major restoration steps were broken down on video so that DIYers could follow along and try their hand with their own projects. The candy apple–red muscle car stole the show at NHRA and NASCAR races, Bassmaster tournaments, and other Speed Perks events. 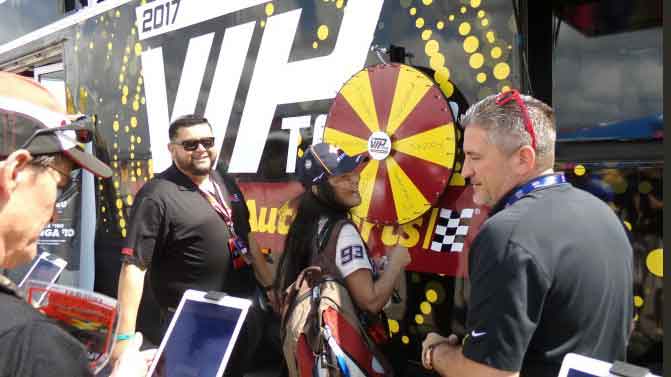 Whereas the Restoration Tour was classic muscle, the VIP Tour was modern speed, with our Speed Perks trailer decked out in midnight black and electric yellow, bass pulsating from built-in subwoofers, a symphony of LED TVs accompanying the jams—dubstep meets rave meets hip-hop. The trailer popped open into a two-floor hub, with an air-conditioned entertainment room with virtual reality downstairs and an open-roofed VIP seating area upstairs. 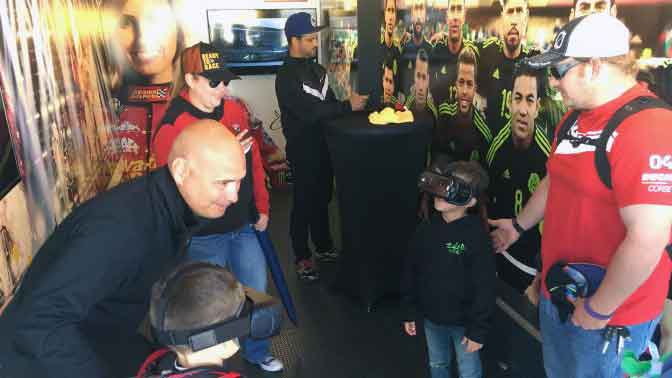 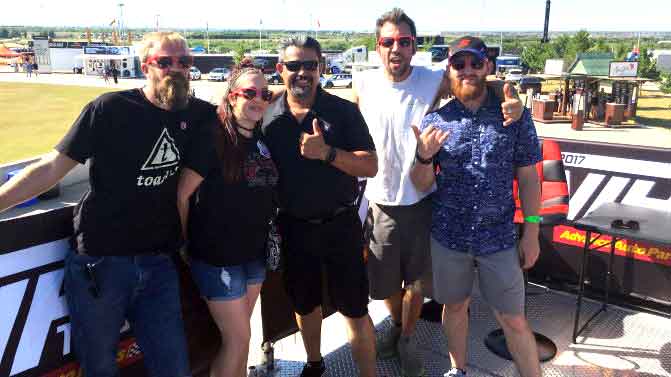 The VIP Tour was the life of the party at stops like Formula DRIFT races, Florida Georgia Line events, and Mexican National Team matches.

Driver Ryan Tuerck gets the VIP party going at The Gauntlet Formula DRIFT!

Several lucky members won VIP trips to the Coca-Cola 600, enjoying a 5-night, 4-day stay in Charlotte, NC, with great seats to the NASCAR race and VIP access to the track with tours of the pit and garage area. Our VIP winners also got to meet Lynyrd Skynyrd backstage before the kickoff concert and then got to see them live front and center. Congratulations again go out to Bill Koofer, Diane Swanciger, and Swame Dadzie, our grand prize winners!

The Coca-Cola 600 was the big one, but there were plenty of other Speed Perks prizes given out this year. From free swag like Fast Orange hats and Mobil 1 basketballs to discounted tickets at select races and sporting events like the Houston Isotopes baseball games, members got to live it up in 2017. 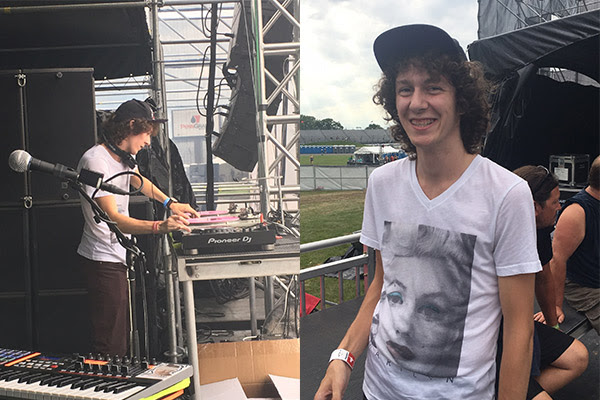 In a change of pace, Speed Perks was honored to sponsor the DJ Battle at the Indianapolis Motor Speedway in July, giving eight emerging DJs a chance to compete for bragging rights and headline for big acts like DNCE, Pretty Lights and The Chainsmokers. It was an awesome competition featuring the best local talent. Congratulations to DJ Sweater Disco for winning over the judges and our Speed Perks Members with his smooth style.

We had a blast last year, and 2018 is gearing up to be even better for members. Keep your eyes peeled as tons of great events are coming your way!

Not a Member? Join Speed Perks for free and start getting rewarded with exclusive coupons and experiences!

What do you think of our Speed Perks events? Did you attend one or are planning to in 2018? Comment below and let us know if there are any other events you'd like us to look at.

Neil Barbulescu has been an automotive DIYer since his college days, when he couldn’t afford dealership maintenance on a student budget. Over the years he’s learned more skills and has enjoyed taking on harder projects—he’s now the “family mechanic.”