Starting your car one morning, you're startled to hear it's as loud as a NASCAR racer. There are some other odd symptoms, too, all pointing to a failed exhaust manifold gasket. Here's what you need to know before getting started. 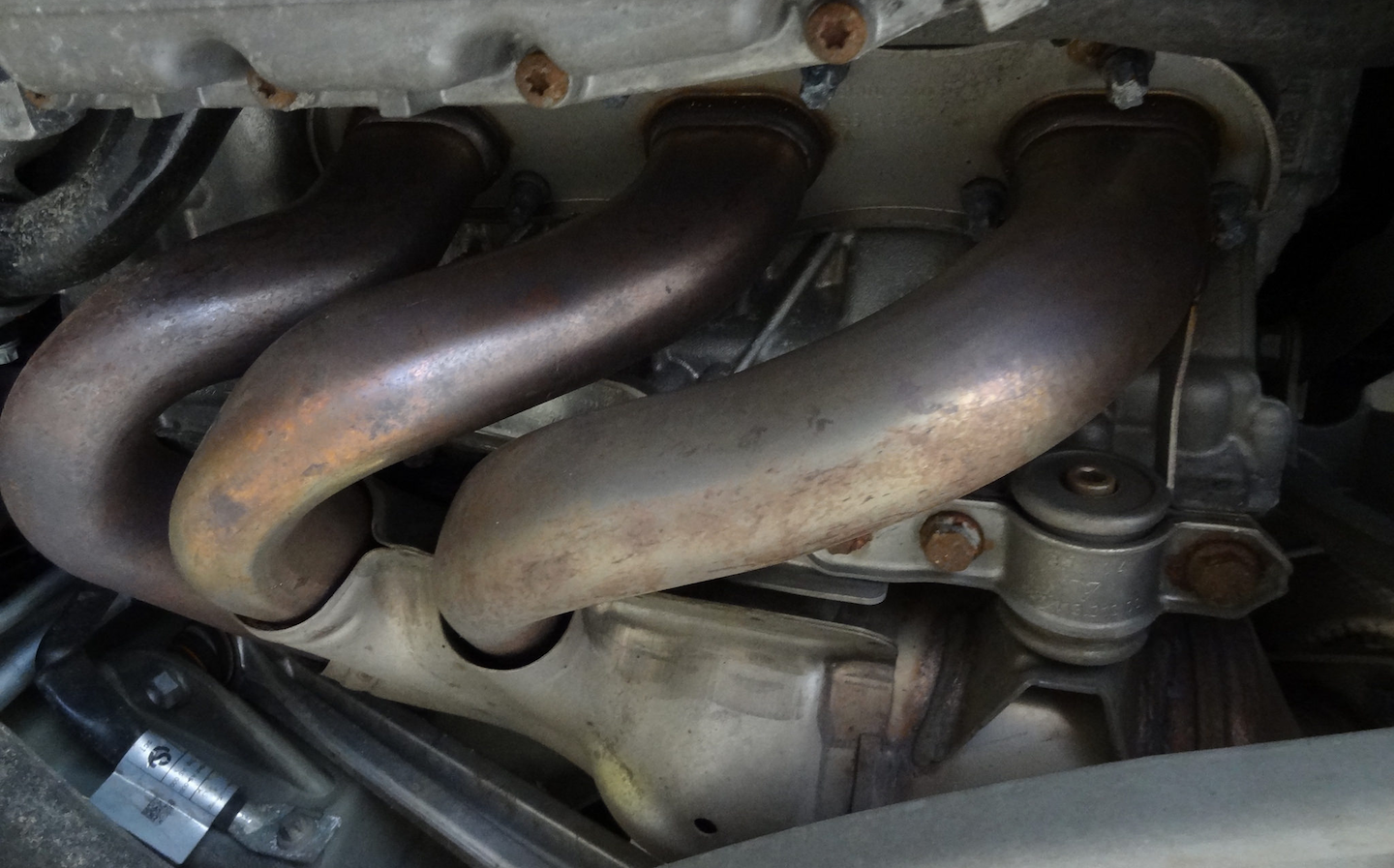 Why the exhaust manifold gasket matters

The exhaust manifold gasket, as with any gasket, acts as a sealing surface sandwiched between two different metal components. The gasket is made of layers of metal or composite materials, and prevents leaks as the two metal surfaces go through countless heating/cooling expansion and contraction cycles over an engine's operational life. During the exhaust stroke, the exhaust valve opens to allow spent gases to exit the combustion chamber through the exhaust port in the cylinder head. The gasket is an airtight seal against the head, so the gasses pass into the exhaust manifold and on to the rest of the exhaust system. The gasket prevents noxious gases and incredibly high temperatures from escaping the engine at the wrong point.

Generally, exhaust manifold gaskets are hardy items, often lasting well over 100,000 miles. A lack of engine maintenance and carbon buildup, however, can cause hot spots in the combustion chambers and exhaust ports. This can cause a gasket to catch fire or expand outward. This is a good reminder to use fuel system cleaners to remove carbon buildup.

A failed gasket also allows fresh air into the exhaust system at a point it wasn't designed for, which could lead to burned exhaust valves. This is an expensive repair and can lead to more damage, so it's best to replace a bad exhaust gasket as soon as possible.

When exhaust manifold gaskets fail like this, the symptoms are rather obvious. Here's what to look for.

If a bolt doesn't give, spray it again with penetrating oil and give it a few hits from a hammer. The impact vibration will allow the oil to better penetrate rust or corrosion.

How to Change Oxygen Sensors