Behind the Rule: Why Do Americans Drive on the Right-Side of the Road?

You might be hard-pressed to come up with something that Bhutan, Pakistan, Hong Kong, Ireland, Fiji, and Australia all share. Unless, of course, you're an expert in cultural driving habits and recognize those places as part of roughly the third of the world's countries that drive on the left-hand side of the road.

Watching traffic in an opposite country is always trippy, like in say England, where the ubiquitous "look left" signs have saved many an American pedestrian's bacon. For safety reasons, it would seem that global road uniformity would make sense, but obviously that isn't the case. And America played a big part in facilitating the right-side-of-the-road hegemony.

Back when hooves served as combustion engines, America's chosen side wasn't the norm. Archeologists have found evidence that ancient Romans drove their carts and chariots on the left, because it was easier for drivers to steer with their dominant right hand (always the majority) and whip the horse with the left. The same was true of armed knights and samurai on horseback, who kept their swords on the right side nearer to attackers with an easier mount and dismount on the left. 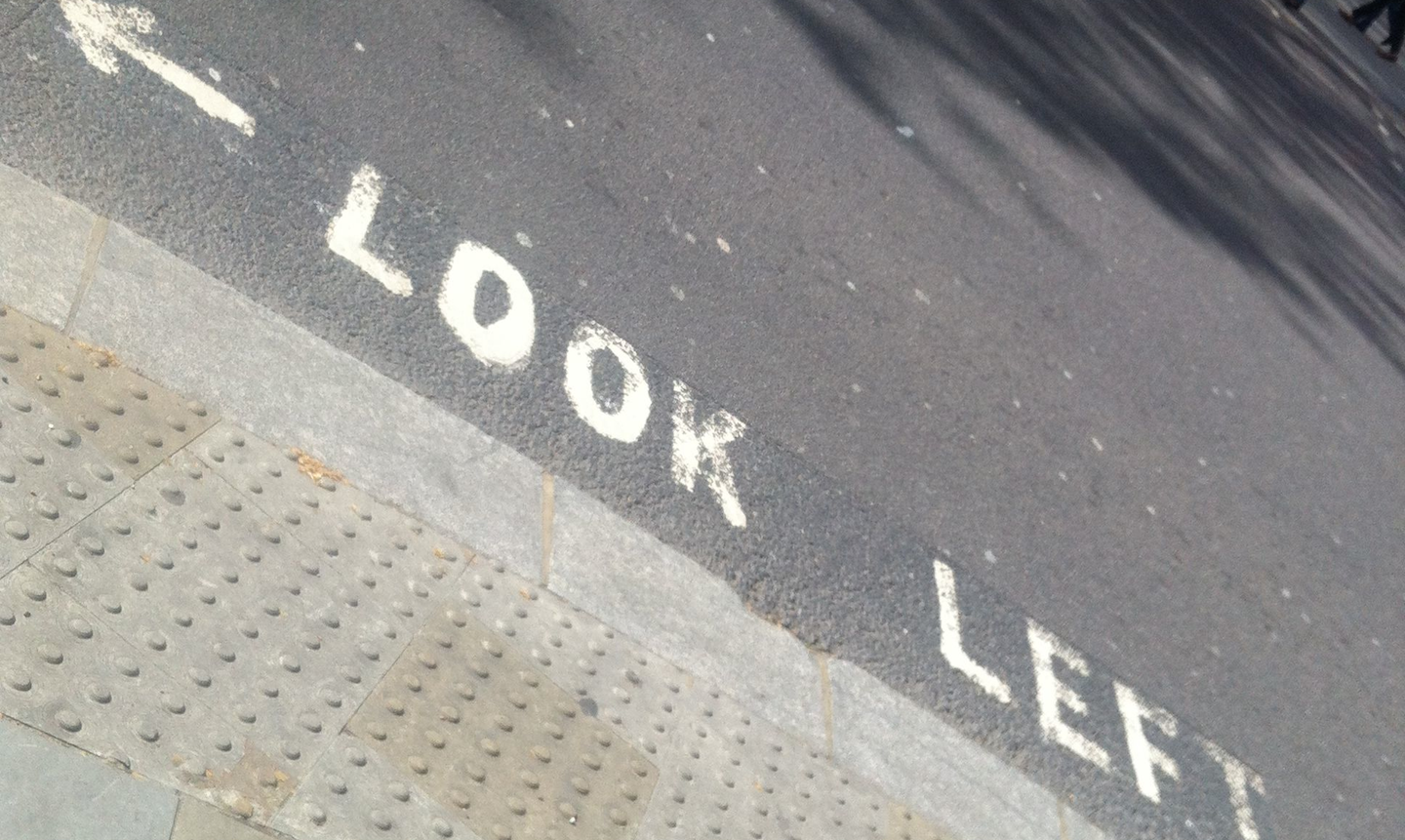 But there wasn't really that much traffic anywhere until the 18th century, so it's not as if there were a time when all the world's horse-drawn wagons were in sync. It seems that back then, the spread of right vs. left was as much about tradition as anything else. The left side became law in Britain while France stayed to the right, and their respective colonies followed suit. (India became independent from Britain in 1947, but kept its royal road rule in place.)

Meanwhile, in the United States, the streets were wider, thus the wagons (which often didn't have drivers' seats) were bigger and required more horses, so the operators sat on the rear left horse to manage the team with their right hands.

These customs were in place long before the automobile came along, which doesn't explain why so many countries eventually went the U.S. route. It wasn't because of big ol' horse-drawn beer trucks; it was because of Henry Ford. Prior to the mass-produced Model T, American cars featured steering wheels on the left, right, and even in the center. Ford standardized having the steering wheel on the left, in part so that passengers, particularly women, could exit the front and backseats onto the curb, away from the mud and manure in the street.

The Model T became the world's best-selling car, with 15 million produced between 1908-1927 (and reigned until 1972, when the VW Beetle finally surpassed its production numbers), so it's not surprising that more countries went the American roadside way. What's more surprising, is many didn't.

In the early 1920s, most of Canada jettisoned the queen's left side to facilitate traffic with the burgeoning United States superpower. Italy and Spain switched over in that decade as well. Most of Eastern Europe followed in the '30s. Simplifying the back-and-forth among neighboring countries is often what made right-hand-side driving snowball in a particular region. In Africa, for instance, newly independent countries often initially followed colonial English norms, but then ditched the left for driving ease. 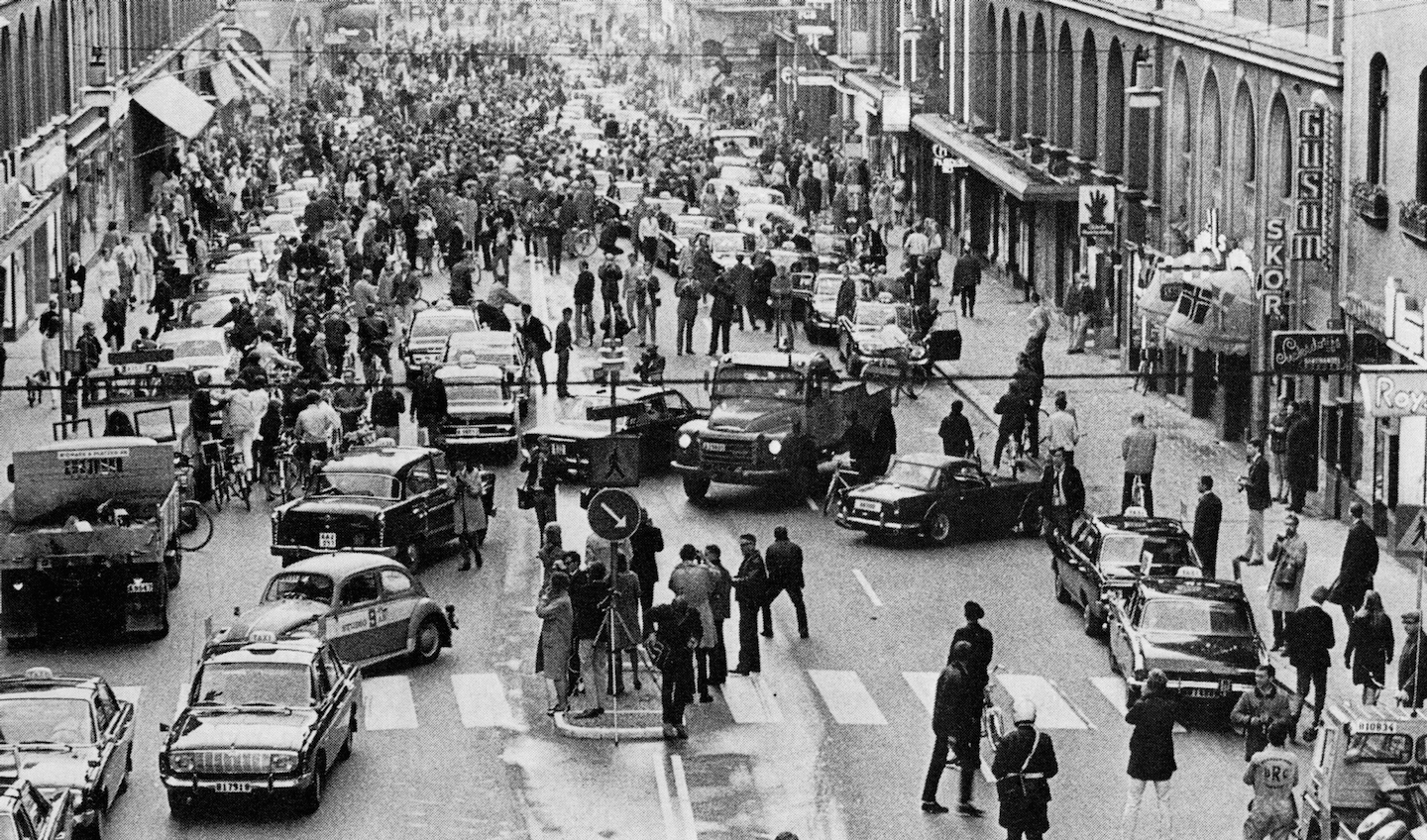 Sweden, making the switch to driving on the right. Source | Public Domain

The best story of joining the right-side-of-the-road club comes from Sweden, which switched over on September 3, 1967. Sweden had held out from driving on the right (even though most cars had left-side steering wheels), and there were many traffic snafus with Norway and Finland. The government spent $120 million to ready the Swedes, including a massive PR campaign featuring a logo on milk cartons and even a songwriting contest—the winner was "Keep to the Right, Svensson." At 4:50 a.m., all vehicles were ordered to stop and then move slowly to the right. At 5 a.m., traffic resumed. It was chaotic, but there were no serious accidents.

The bait and switch continues...

Countries rarely change anymore. What's done is done, especially in a place like England, where it would be hugely expensive to flip London. In 2009, however, for the first time in four decades, a country switched. The island of Samoa went to the left side. Not out of tradition, but because cars from New Zealand and Australia are a lot cheaper to import. A two-day mandatory holiday was imposed to get the citizens ready, the best reason of all to drive on a new side.

Have you been caught out in a left-hand driving country? Share your story.

How To Turn Your Car Into an Endless Summer Party