To some car enthusiasts, the Woodie may seem to be an odd duck swimming around the classic automotive pond. But with its offbeat styling and warm wooden accents, a Woodie has plenty of appeal for those who appreciate its uncommon charms. 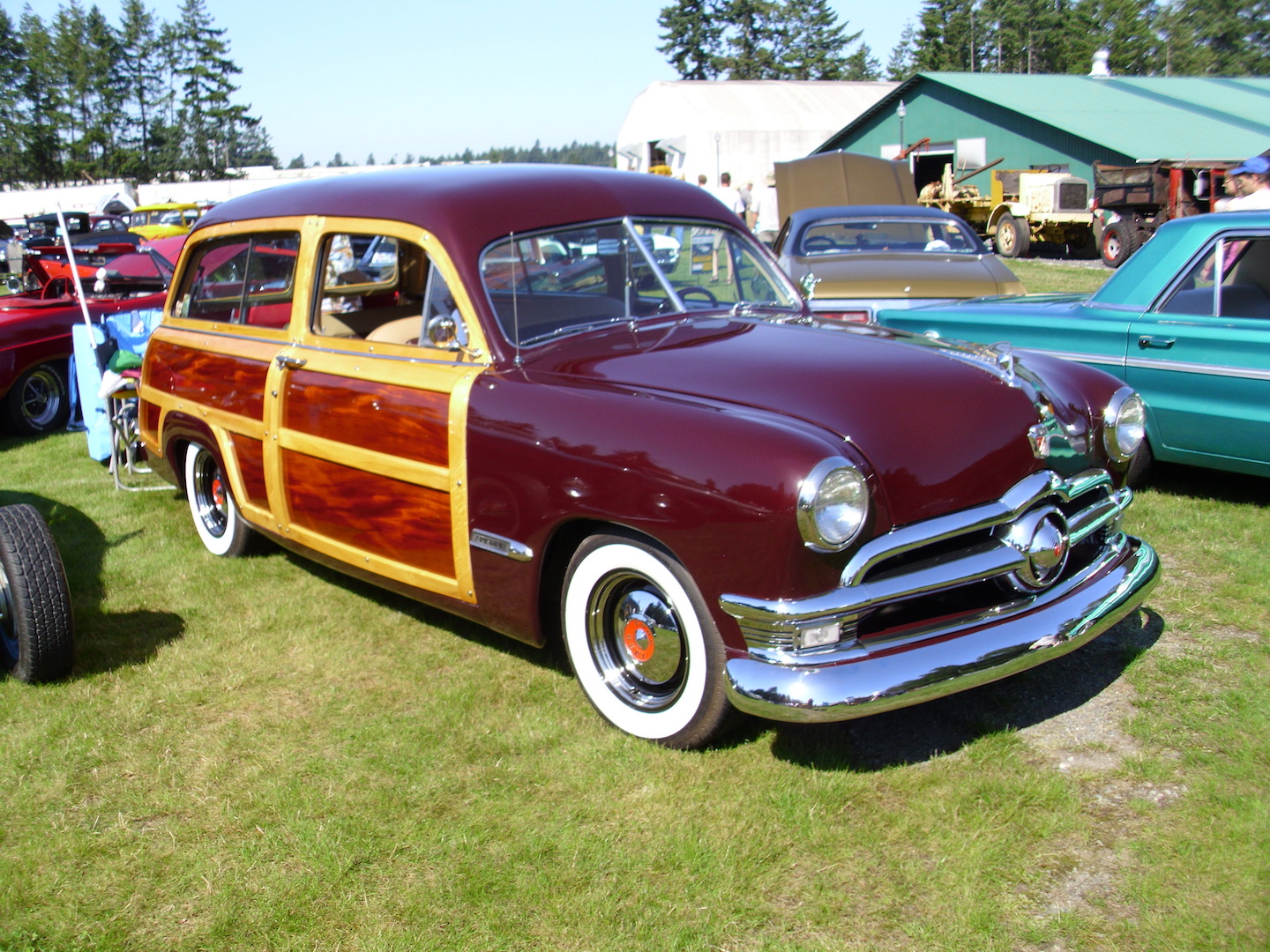 Birth of the station wagon 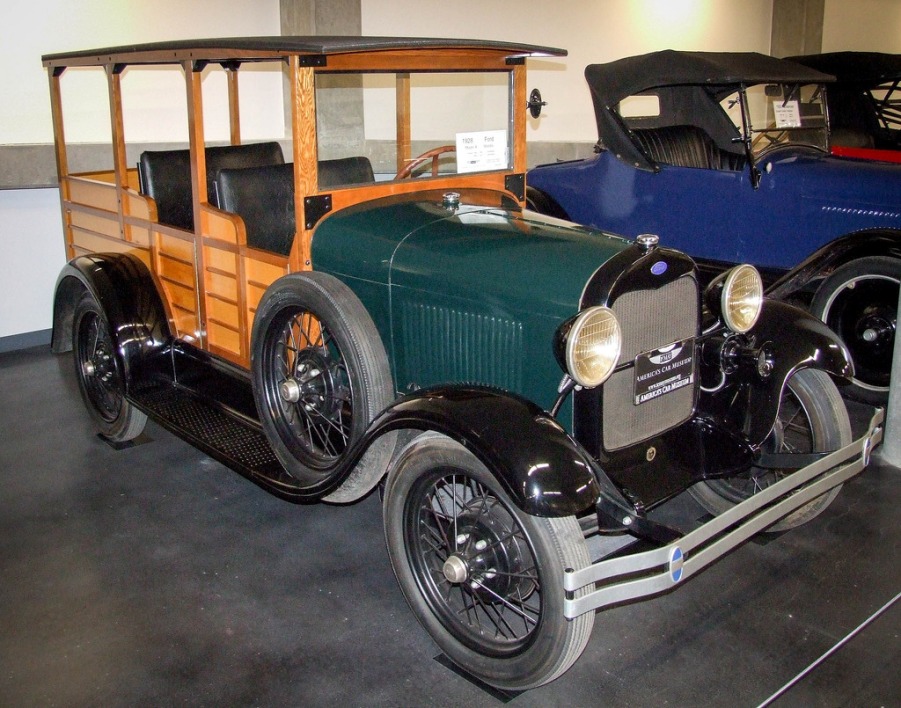 When they first appeared in the late 1920s, the wood-bodied station wagons came about to fill a need. With their elongated roofline and spacious, wood-bodied passenger and cargo compartments, they were very utilitarian vehicles.

These workhorses were used to transport passengers and their cargo to and from train stations, hence the "station wagon" moniker. Fords were the most popular brand by far. Indeed, in 1920 Ford purchased nearly half a million acres' worth of forest to supply lumber for its vehicle production. Even before the debut of the Woodie Wagon, wood was used quite a bit in vehicle construction as under-the-skin framing for body panels, as well as for interior components such as floors and dashboards. 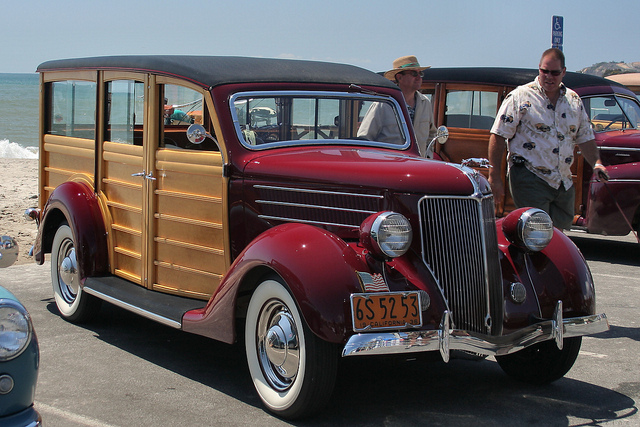 As the 1930s rolled along, the station-wagon field expanded as more and more manufacturers entered the fray. For 1940, luxury manufacturer Packard introduced a Woodie to its lineup. By that time these practical vehicles were embraced by suburbanites looking for something that could transport their families and business associates alike in comfort and style. As the '40s drew to a close, the real wood construction for the roof, doors, and rear quarter panels gave way to wood-accented all-steel bodies.

Although most Woodies were station wagons, there were a few cars with wooden body styling elements that were not wagons. Turns out some luxury-car buyers liked the warm and unique look of wooden body panels but didn't want or need a station wagon.

Perhaps the most famous of the non-wagon Woodies was the Chrysler Town & Country of the mid-to-late 1940s. Although the Town & Country nameplate first appeared on a Woodie Wagon produced for 1941-42, after World War II (no American cars were produced during the 1943-1945 model years) that nameplate was attached to either a sedan or a convertible.

The Woodie becomes a Steelie

As the cost of producing wood-bodied station wagons was understandably high and full-steel construction became the norm, automakers began to make cars with simulated wood on the body sides. Some had real wood framing the faux wood panels over the steel body (as with the late-'40s Town and Country) while others were fully simulated.

By 1950, real wood wagons were mostly extinct, with Buick being the sole holdout through 1953, its Super Estate and Roadmaster Estate wagons signaling the last of the breed. As the 1960s rolled in, surfers snapped up old Woodies. By that time, they were just cheap used cars that were great for hauling 'boards and fellow surf dudes to the beach. 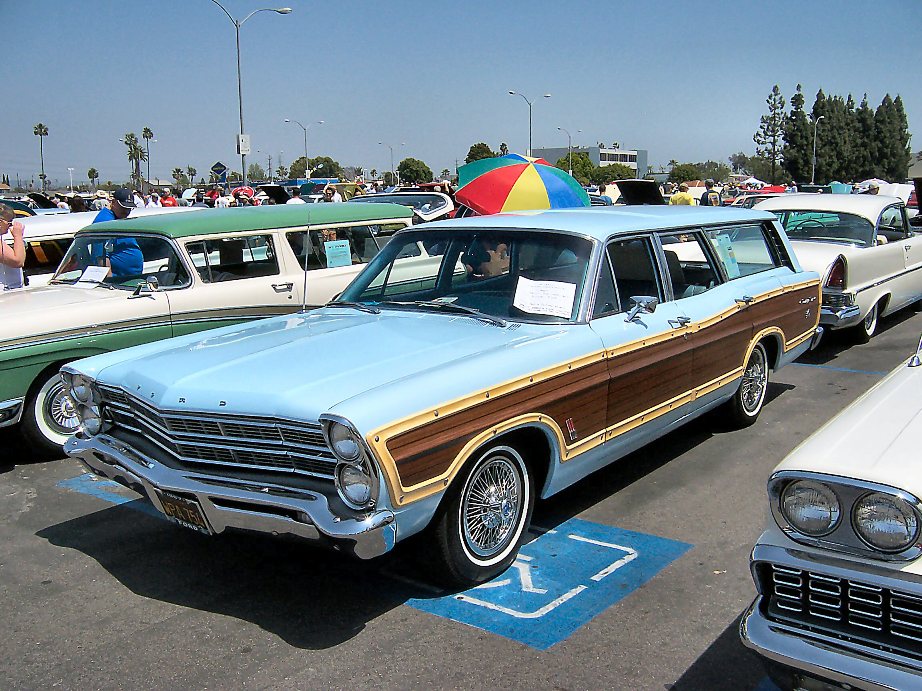 One could convincingly argue that the heyday of the fake wood panel wagon was the mid-1960s through the mid-1980s. Many of us who grew up during those years remember being picked up after practice in Mom's (or Dad's) large wagon with the "wood" on the sides. These behemoths were typically the likes of the Ford Country Squire, Chevrolet Caprice Estate, Oldsmobile Custom Cruiser, Pontiac Grand Safari, or Chrysler Town & Country, the latter now once again a wagon. 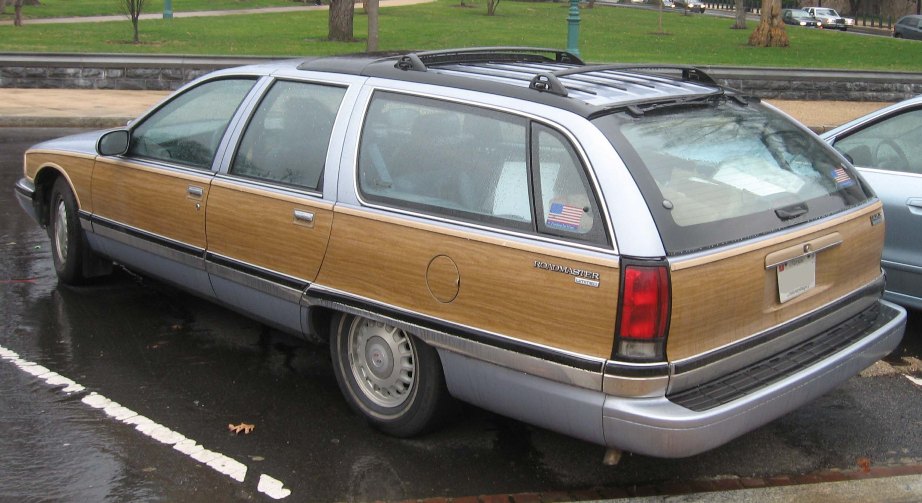 With the debut of the Dodge/Plymouth minivans in the mid-1980s and the growing popularity of SUVs (which surged with Ford's introduction of the Explorer for 1991), the less space-efficient station wagon saw its once-massive popularity fall, seemingly as quickly as the trees fell in that forest Ford bought some seven decades before.

Although a couple of wood-appliqué-accented wagons, such as the Chevrolet Caprice and Buick Roadmaster Estate continued through the mid-1990s, the Woodie was essentially already gone from the automotive landscape, with minivans and SUVs replacing the wagon as the family shuttle of choice.

What do you remember about the Woodie Wagon or other "wooden" vehicles? Tell us in the comments.

5 of the Most-Coveted Classic Tuner Cars