Although America didn't invent the automobile, we can lay claim to quite a few automotive firsts. You may not feel warm and fuzzy about all of them—I'm looking at you, Mr. Carl C. Magee—but most of the following innovations should make you proud. 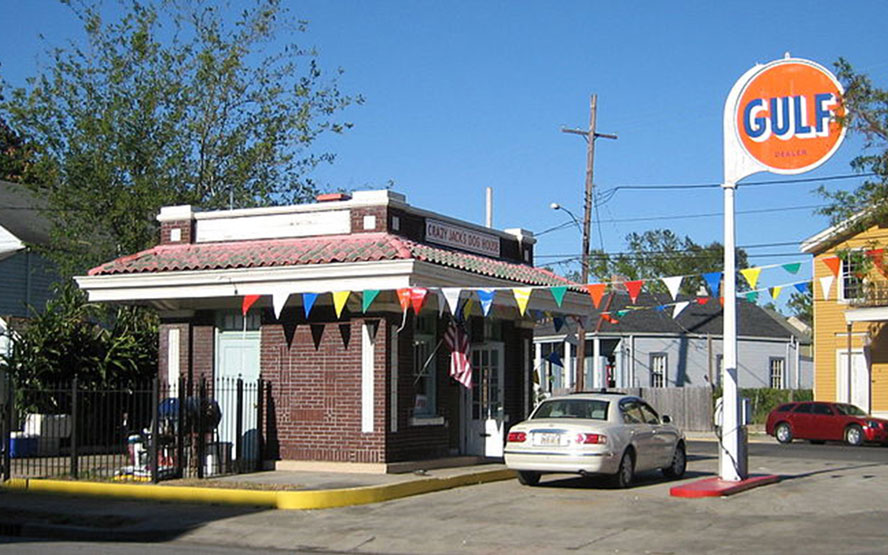 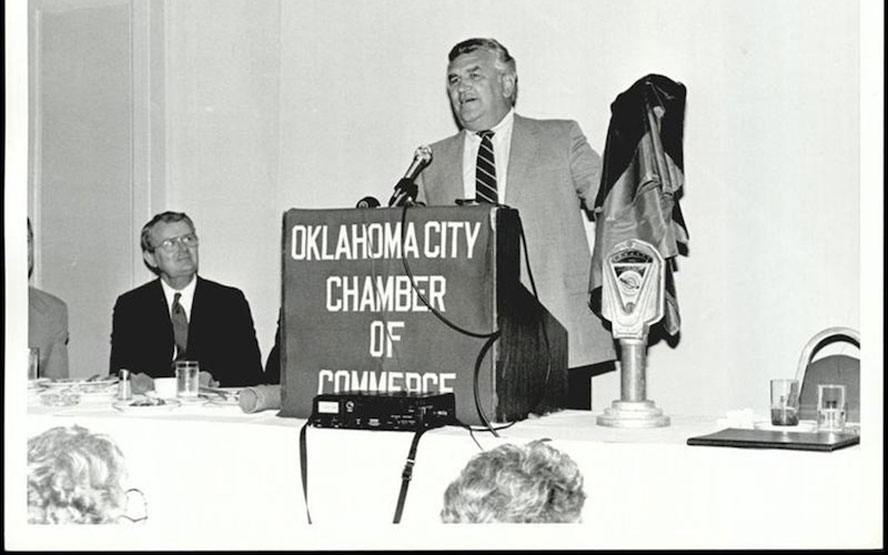 Magee's original claim to fame was as the Albuquerque, New Mexico, reporter who exposed the Teapot Dome Scandal. Magee moved to Oklahoma City, Oklahoma, in 1927 to start at the Oklahoma News. July 16, 1935, saw the introduction of Carl's new invention, the Park-O-Meter 1 by the Dual Parking Meter Company, which he created after he noticed there was a shortage of parking in the city. Costing a nickel an hour, these babies caused quite a ruckus not surprisingly. City fathers loved them, though, so by the 1940s, there were more than 14,000 around the country.

The First “Gas Station" in the U.S. 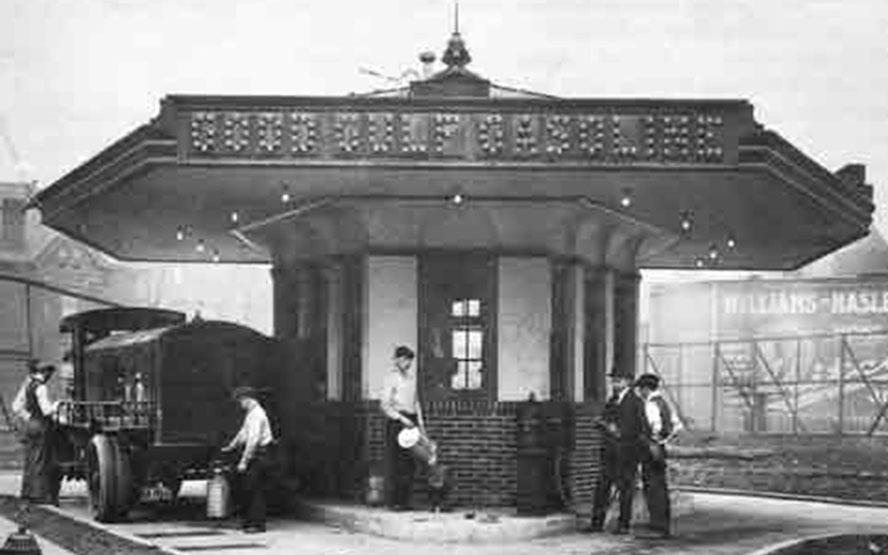 Car owners in the United States didn't always go to a “filling/service station" to get gas for their vehicles. Prior to 1905, drivers would go to a grocery store, pharmacy, or blacksmith in town to buy a can of gas that they could then pour into the tank. The Smithsonian lists the first actual drive-in service station as opening on December 1, 1913, in Pittsburgh, Pennsylvania, at the intersection of Baum and St. Clair. The American Oil and Gas Historical Society credits the Gulf Refining Company with opening this service station.

Cars today are equipped with alternators to charge the battery and run everything. But generators were used until 1960, when the 1960 Chrysler/Plymouth Valiant was introduced. Thanks to this American automotive first, cars no longer interfered with TV and radio signals as they drove by. And speaking of sound, Chrysler/Plymouth engineers were among the first to use computers to test their new suspension to find and eliminate noise. Hydraulic shock absorbers, coil springs, and unequal-length control arms were also seen first on the Valiant. 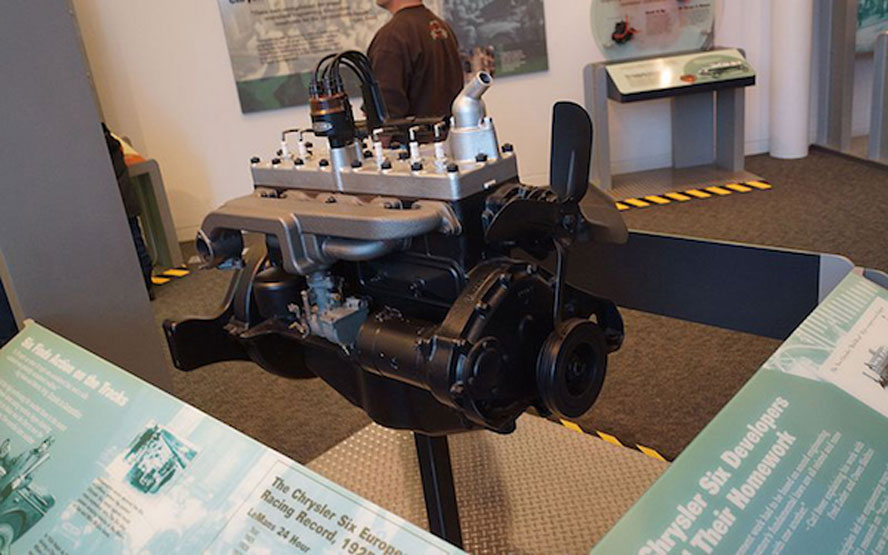 The 1924 Chrysler engine with the first replaceable cartridge oil filter and the unheard-of 4.7:1 compression at the Walter P. Chrysler Museum. Source | Greg Gjerdingen

A few years ago, the 1924 Chrysler as the answer to a trivia question that was popular on Facebook. The question was about the first car with a replaceable cartridge-type oil filter. But that's not the only thing this vehicle introduced to the world. Hydraulic brakes were only found on one axle before the 1924 Chrysler came out. It also had the first engine anywhere with a compression ratio over 3.5:1 with a whopping (for the time) 4.7:1 that made a staggering 68 horsepower. 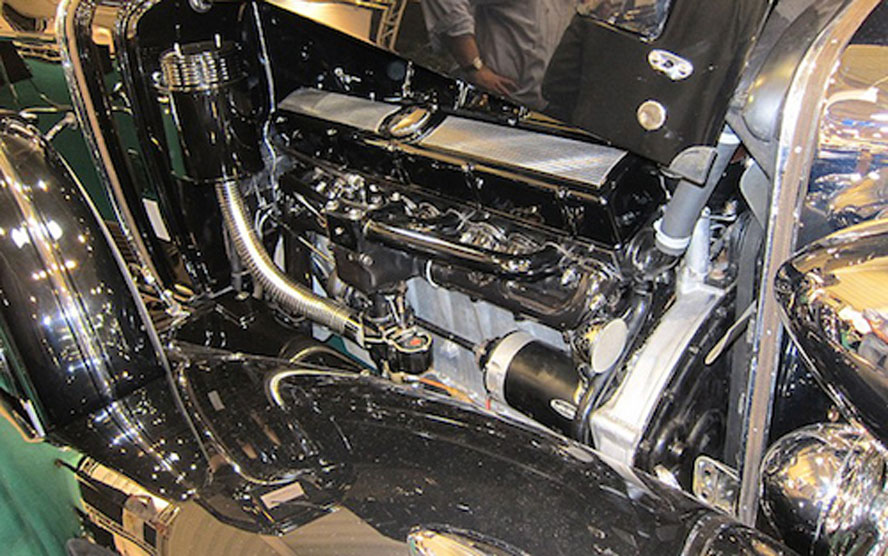 1930 Cadillac 452 V16. Source | Triple-greenCadillac put the 452-cubic inch V16 in its Fleetwood 452 in 1930. The engine was introduced to the world in late December 1929 and featured two automotive firsts: It was the first V16 ever put in a production car although some had been used in one-offs, and the first to have hydraulic lifters to help take care of valve slop/slap (again, beside one-offs).

Chrysler Comes Back with Another First in the Automotive Industry 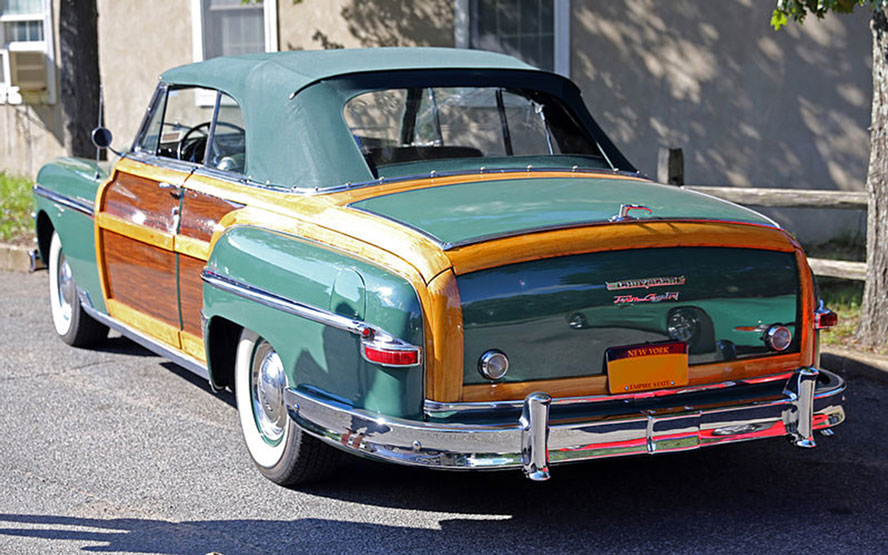 There may be a few of you out there who remember that we didn't always start our cars by turning a key. Way back when, there was a crank sticking out the front that had to be turned to start the engine. This monstrosity caused many a broken wrist or arm when it jumped. Along came the electric starter with the button on the floor. It wasn't until 1949 that just turning a key caused the engine to start. Chrysler/Plymouth put the new key-start system in almost all of its production vehicles in 1949. It's pretty funny when you think about it: We've come back to pushing a button to start our cars now.

Two Final Firsts in Automotive History for America from 1904

In 1904, very few motorcars had roofs—most were fair-weather transportation. Then, along came the Thomas Flyer from the E.R. Thomas Motor Company of Buffalo, New York. It had a removable hardtop, so the company began advertising it as a convertible—the first of its kind. 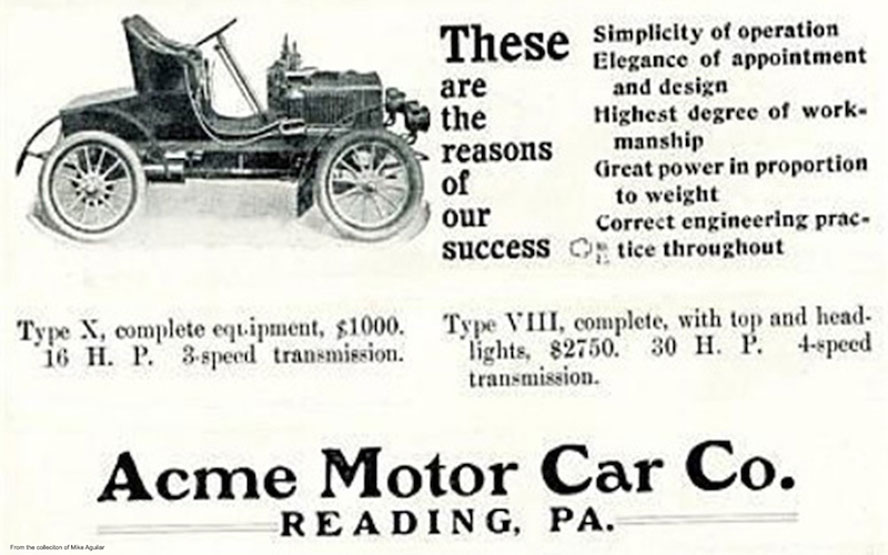 Wile E. Coyote would be proud of this one. Reading, Pennsylvania's Acme Motor Car Company came out with the Acme Touring Car in 1904. For $650, you could buy one of these open touring cars and drive it with the confidence of knowing you had the only car on the road with a “perpetual guarantee." Just as long as you didn't drive it past 1911, since that's when the company folded.