So your car's AC was doing fine for the longest time. Then, gradually, you began to notice that it wasn't really blowing cold air anymore, or that it would only blow cold when the car was moving but not at idle. Or worse yet, you come out to start the car one day, turn on the AC and it's blowing barely cold air when it was fine just yesterday. What happened? 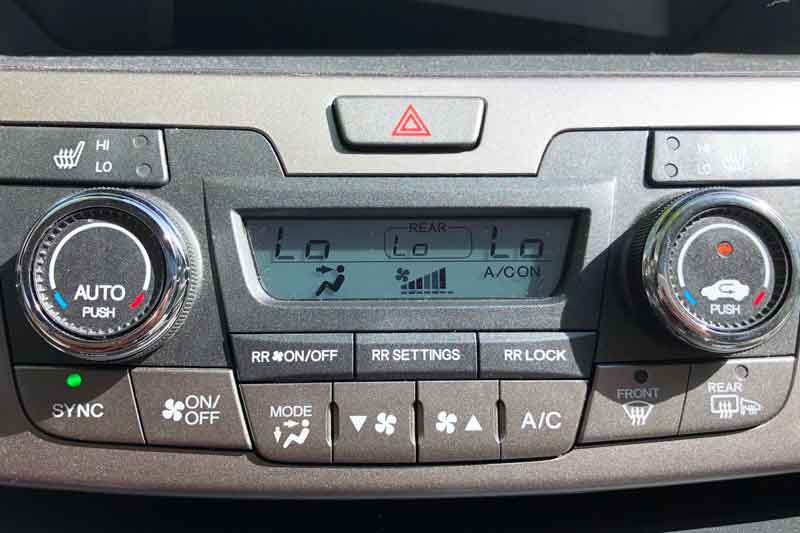 The AC in your car works in the exact same fashion as your AC at home, or your refrigerator. Both systems circulate refrigerant through a closed circuit, compressing it to a liquid state and then evaporating it to provide cooling. Both systems include a compressor, condenser, evaporator, and receiver/drier.

Your refrigerator, however, isn't subjected to the extremes of heat and vibration that go on under a car hood. The system in your car has several failure points—O-rings, seals, rubberized lines—all of which can crack, dry out, and shrink, leading to a loss of refrigerant. Car AC designs are far more robust than they once were, but even a late-model vehicle can lose as much as 10 percent of its refrigerant over a year's time.

Why is Your Car AC Blowing Hot air?

In most cases, it's due to a loss of refrigerant in the system. Your car AC is actually a heat exchanger that recirculates warm air from inside the cabin and replaces it with cold air. What happens is this: Refrigerant that's in a liquid state makes its way to the evaporator, where it "boils" as warm air from the cabin flows across it.

Sometimes, freeze-ups can occur due to poor air circulation through the condenser. The condenser is located near your radiator and looks like a smaller version of the radiator, with loops of coils and fins that disperse heat and allow the refrigerant to return to a liquid state. Since it's right up front with the radiator, it's easy for the condenser to pick up bugs, leaves, plastic bags and other trash and debris from the road.

Now, as for the loss of refrigerant...

If your car AC performance seems to degrade slowly, that's probably a best-case scenario for you. It means that the refrigerant loss has been gradual, over a period of months, and that's fairly normal. In most cases, this means that your refrigerant can just be recharged, and you'll be on your way again. Here is a video on how to recharge your vehicle's Air Conditioning with A/C Pro:

If it's sudden as in one day it's working fine and the next day it isn't—that's a problem. It likely means that a line or seal or O-ring has given up, or you possibly have a switch or other circuit that has failed. That's when you should bring the vehicle in for diagnosis, rather than continuing to add refrigerant that's just going to quickly leak out again.

Learn how to repair your car AC.

What To Do When Your AC Is Not Blowing Cold Air

How Much Does A Cabin Air Filter Cost?

How to Replace an AC Compressor