You've no doubt heard mechanics urge you to follow the manufacturer's recommendations for changing the timing belt on your vehicle. So why is that such a big deal? 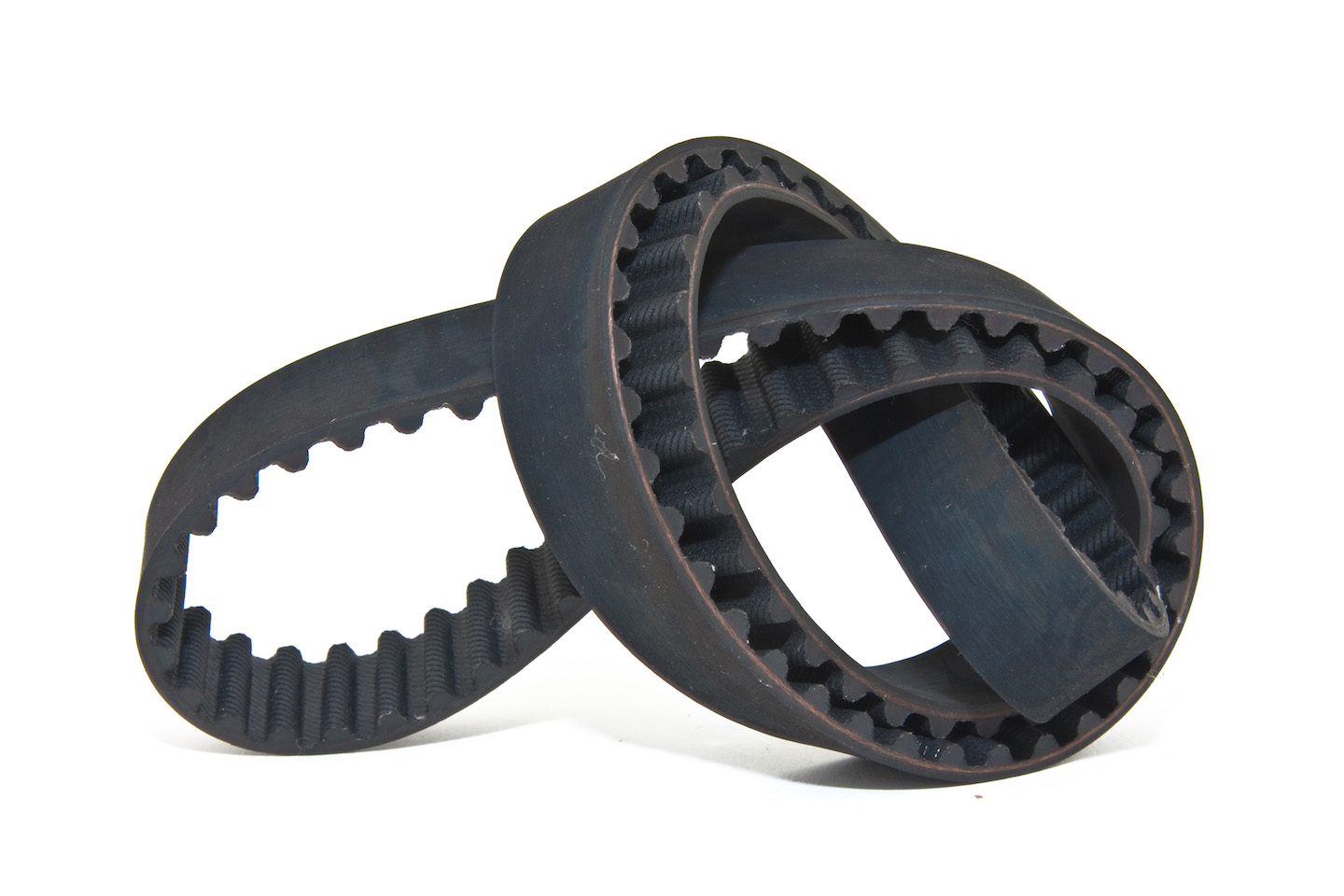 The timing belt is not the same as the serpentine belt that drives your water pump, AC compressor, power steering, and other accessories. The timing belt is concealed under a cover at the front of the engine, and its job is to sync the camshaft and the opening and closing of the valves with the rotation of the crankshaft. Since the crankshaft spins four times in each combustion cycle, the camshaft will turn at half the speed of the crank.

Here's a cutaway look at how the pistons, connecting rods, crank, camshaft, and valvetrain all work together:

For years, engines were designed with a timing chain for this purpose. The timing chain, built like a double-roller bicycle chain, will generally last for the entire life cycle of the engine without failure. The timing belt, on the other hand, is a toothed rubber belt that's only slightly heavier-gauge rubber than the serpentine belt and is designed to be replaced after a certain length of service.

What happens when the timing belt fails?

When the timing belt fails, suddenly the piston strokes and camshaft are no longer in sync with each other. That means that the pistons are headed upward in the cylinders while the valves are stuck open and not moving anymore. This. Is. Not. Good.

With the tight clearances between the valves and the piston crowns, it's likely that the pistons will make contact with those opened valves—which means badly bent valves or, worse yet, a piece of a valve breaking off and wreaking havoc inside the cylinder. This is an "interference engine" design, and it means that your expensive engine would either need a complete rebuild or would just be turned into a pricey piece of yard art.

Here's a sound you'd never want to hear from your engine:

There's also what's known as a "free-running" or non-interference engine. In these engine designs, the combustion chamber is designed so that the valves and pistons don't occupy the same space and the chances of this type of catastrophic damage are zero. In some free-running engines, the engine simply shuts down completely if the timing chain or belt fails.

So why design an interference engine at all?

Since the Model T days, engineers have known that higher compression is one thing that can build power and enhance performance. That's why the clearances are so tight in a combustion chamber and some pistons are even designed with a domed or peaked piston crown to occupy more space in the chamber. Diesel engines rely on extremely high compression and will just about always be an interference design. With that in mind, engines are designed to run at peak performance and not really worry about the .01% chance of something going wrong—which will only happen if you neglect to change the timing belt!

The belt will give no warning signs before it fails. A timing chain, on the other hand, can sometimes give off a telltale rattle when it's worn enough to have some lash and slop in it. Changing the timing belt is a fairly big job and requires disassembly of quite a few parts. Many techs will advise you to go ahead and change the water pump at this time as well, since the front end of the engine will already be apart and the water pump will be fairly worn when it's time for timing belt service.

So, if you're thinking you can put off that timing belt change... don't. Just don't. The consequences of a failed timing belt can mean the end of that engine and a car that's headed to the salvage yard.

Don’t Get No Respect: Wheel Hub Assemblies and Wheel Bearings