Should I or Shouldn't I Change My Transmission Fluid

The first automatic transmission was put in a Buick concept car in the late '30s, and in the post-WWII years, automatics started to become more and more common, especially in luxury makes like Cadillac and Chrysler. Early automatics were derisively referred to as "slushboxes"—they were inefficient and sluggish and tended to sap power and acceleration. 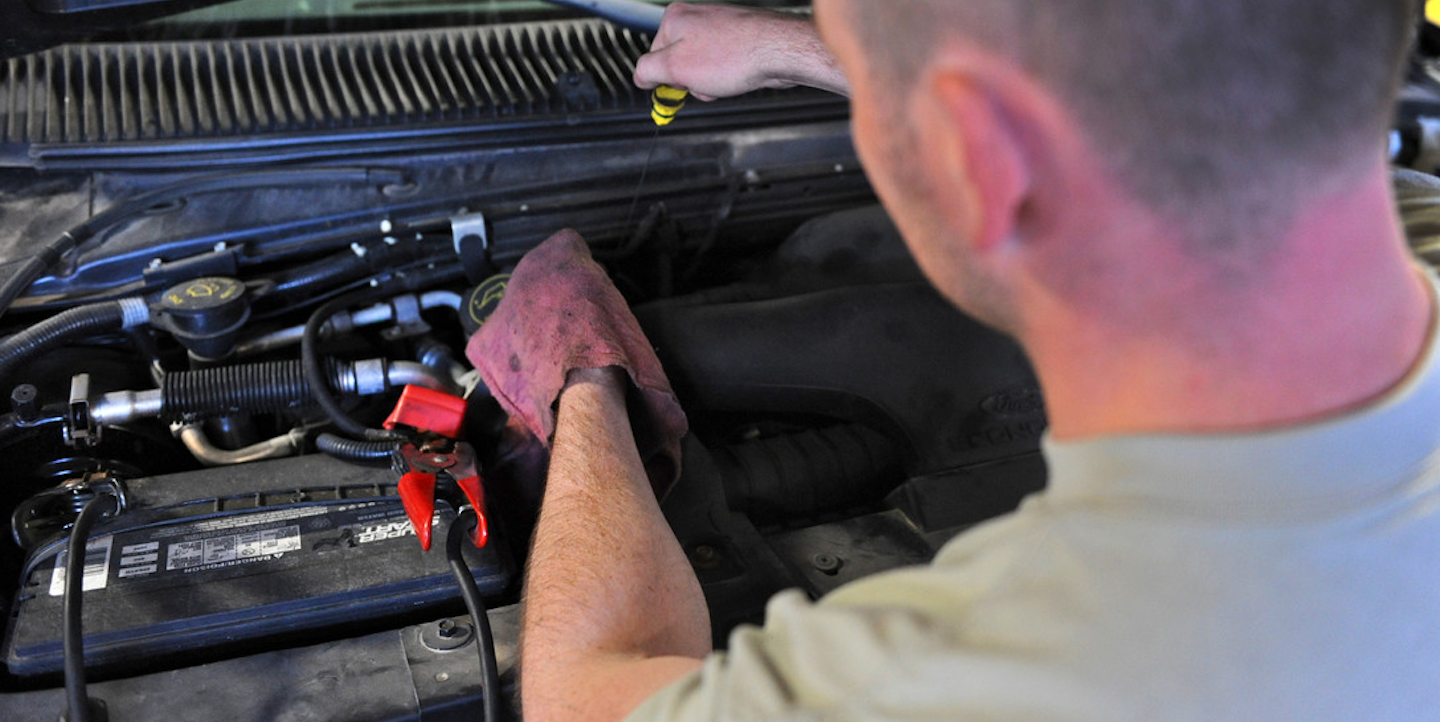 Automatics use automatic transmission fluid (ATF) and fluid couplings in place of a mechanical clutch that's disengaged and engaged by the driver. In other words, the ATF is pressurized and used to transfer torque through the entire unit, as well as cooling and lubricating the rotating assemblies in the transmission.

Early automatics were just two-speed units with a high and low range, and early formulations of ATF included whale oil as a friction modifier, among other additives. By the late '70s, the lockup torque converter had been introduced, some automatics included an overdrive range, ATF was reformulated, and automatic transmissions started to become much more efficient.

In a modern vehicle, with most drivability, performance, and emissions functions governed by the engine control module (ECM), automatic transmissions have become much more complicated. They're now as much an electronic device as a mechanical one, and although they've become more efficient and dependable, they're also much more expensive to service when something fails.

One thing that's important to remember is that heat is the archenemy of your transmission and fluid. Even running 10 or 20 degrees over your manufacturer's recommended operating temp can quickly break down fluid to a point where it loses its lubricating properties. Towing a trailer or hauling heavy loads will definitely stress the transmission and cause it to run hot, and burned or worn transmission fluid will put additional stress on the unit and can shorten its life considerably.

At one time, there was just Dexron, Dexron II, and Type F for Ford products.

It's important to know that, in the last 20 or so years, automatic transmissions have become so specialized that many require their own formulations of fluid. Each type of ATF has its own friction properties, detergents, anti-corrosion agents, seal and gasket conditioners, and other additives that are custom-blended for a specific transmission. Using the wrong brand or formulation of ATF will quickly damage or even destroy a transmission. Here's a partial rundown of some current blends of ATF:

As you can see, there are quite a few different formulations of ATF now, each with its own specific properties. The right fluid should be indicated on the transmission dipstick, or listed in your owner's manual.

How often to change transmission fluid

If you've got a new or new-ish vehicle, you should perform a transmission fluid flush, change, and refill at about a 40k mile interval (check your manual for exact specification). If your vehicle is regularly used for severe duty, such as towing or hauling heavy loads, that interval should be shortened. Every time the fluid is changed, the filter should also be changed (if your transmission has one), and the fluid should be inspected for metal shavings, plastic fragments, and other signs of significant wear.

But there's another school of thought.

On a vehicle that's made it past the 100k mile mark (especially if you bought it with high miles on it), many techs now recommend not changing the fluid and filter. If the fluid is old enough to be dark and have a burnt-toast smell, changing it can run the risk of dislodging sludge and varnish from up toward the torque converter. In a case like that, these particles can make their way through the unit and clog valves and other small passages, leading to failure. This is something that should be addressed on a case-by-case basis, though, and the decision should be made by a qualified transmission tech.

Should you decide to do your own transmission fluid change, be aware that many units do not have a drain plug on the pan like an engine does. The fluid will drain after you've removed enough bolts from the pan, meaning it's going to be a messy job. When you replace the bolts for the pan, check the service manual for bolt-tightening sequence and torque specs. Do not over-tighten the bolts, because that can distort the edge of the pan and cause leaks.