So you step on the gas from a dead stop, and instead of smoothly getting you down the road, your car's engine stumbles and hesitates for a moment. Or, worse yet, you try to pass someone on a two-lane road, punch the gas pedal, and there's a brief hiccup before you start around them. 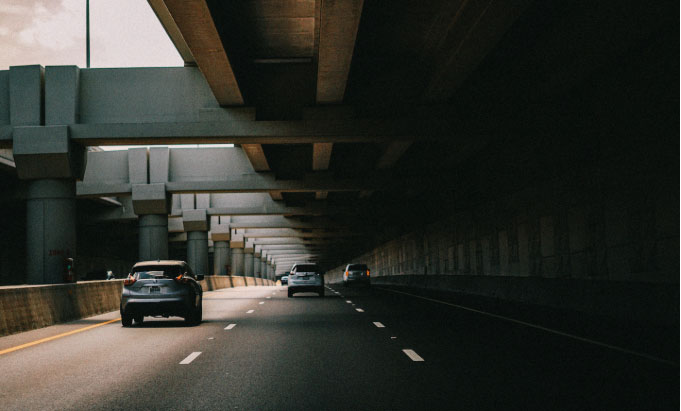 That's usually termed as "stumble and hesitation," and it can be maddeningly difficult to pin down. Some causes are going to be simple enough not even to register a trouble code with the engine computer and illuminate the "check engine" light, while others are more complex and elusive. Let's run through a few possibilities.

Your engine needs air, spark, and fuel to run, and the air part of that equation can be compromised quite a bit if the air filter is clogged and dirty. It will literally smother the engine, hurting fuel economy and acceleration. Fortunately, this is the easiest one to fix—just take the old air filter out of the air box , inspect it, and drop a new one in.

This is the next part to look at if you've ruled out the air filter. The MAF monitors the amount of air entering the engine, informing the engine computer so it can set fuel metering accordingly. A stuck or failed MAF sensor will throw these readings off and may result in stumbling and hesitation. This is one that may or may not register a trouble code.

The exhaust gas recirculation (EGR) valve is an emission-control device that directs a portion of exhaust gases back into the engine to be reburned. When this valve becomes too saturated with carbon, it can begin to stick or its position sensor can fail and send an out-of-spec reading to the engine computer and light the Check Engine lamp (this commonly registers as trouble code P0406). When this sensor is sending voltage readings that are too high or too low, it can result in stumbling, surging at part throttle and light load, poor fuel economy, rough idle, and heightened emissions.

Just about all vehicles from model year 2000 on are equipped with ignition coils on each spark plug, rather than an ignition coil, mechanical distributor, and plug wires. When a coil pack starts to fail, it can cause hesitation, stumbling, and surging, and as it gets worse it can result in bucking and an extremely rough-running condition. The good news is that coil packs are easy to access and replace, usually requiring nothing more than a Phillips-head screwdriver or a small nut driver.

This sensor, like the name suggests, informs the engine computer of how much pressure is being put on the accelerator pedal and how open the throttle itself is. The computer then adjusts ignition timing and fuel metering accordingly. When this sensor is starting to fail, the computer's strategies are thrown off, and the engine will have trouble maintaining an idle or responding to the accelerator. This one will usually trigger a trouble code and illuminate the CEL.

These tiny nozzles deliver a spray of fuel into the cylinder, where it mixes with air for compression and combustion. Usually, fuel injectors last for the entire life cycle of an engine, but they do become clogged or start to fail in some instances. A failing or dirty fuel injector can cause a regular misfire (and a trouble code), which can eventually escalate to stumbling and hesitation.

The fuel filter can cause loss of power, poor fuel economy, stumbling, hesitation, or even a no-start condition if it becomes dirty or clogged. Unfortunately, this part is located in the fuel tank on most newer vehicles and will require a trip to the shop. If the vehicle has an external fuel filter, it's wise—and inexpensive—to replace it. Likewise, a failing fuel pump (also mounted in the tank) can cause fuel starvation, especially when the vehicle is heading up an incline.

The oxygen (O2) sensors are positioned in the exhaust stream, usually with one closer to the exhaust manifold and one further down the exhaust pipe. It monitors the oxygen content of the exhaust in proportion to the other gases and sends this information back to the engine computer for emissions control and fuel-metering decisions. A failed O2 sensor will cause a rich-running condition with black smoke from the tailpipe, poor fuel economy, loss of power, and stumbling.

Since the '70s, the catalytic converter has been one of the primary emission control systems on any vehicle. The catalytic converter is located in the exhaust pipe and runs at extremely high temperatures so that it can literally incinerate certain noxious exhaust gases before they can make it out the tailpipe. Catalytic converters usually last the entire service life of the vehicle, but they've been known to fail. A failing catalytic converter will result in loss of power, poor fuel economy, and stumbling.

When you're trying to diagnose a hesitation or stumble, it's important to work your way through the diagnostic process carefully and logically. Don't jump to conclusions and don't assume the worst. Start with the simple stuff first (i.e. the air filter) and continue from there. Also remember that when interpreting any trouble codes, you need to be able to read the signs and determine why a sensor is sending an out-of-spec reading. Sometimes, a problem might trigger a string of several trouble codes, all of which need to be analyzed.

Get the Most from Your Diesel Engine

What Is Lead Substitute and Do You Need It?

Fixing a Flood-Damaged Engine: Where to Start

How to Replace a Fuel Pump