Is your door handle dead? Are your power locks lifeless? If you’re tired of getting in and out of your car through the passenger side, read on to discover common problems with car doors and learn how to fix them.

Wear and age are the usual underlying reasons for car doors not operating correctly—not wanting to lock or unlock with the button or the key, or not wanting to open from inside or outside. The controls that you use to lock and unlock and open the doors are connected to the locking and latching mechanisms via rods. When lock and latch mechanisms stop working, this is because that rod or cable has fallen out, been broken or bent, or the bushings that allow it to move are worn out and allowing too much movement. 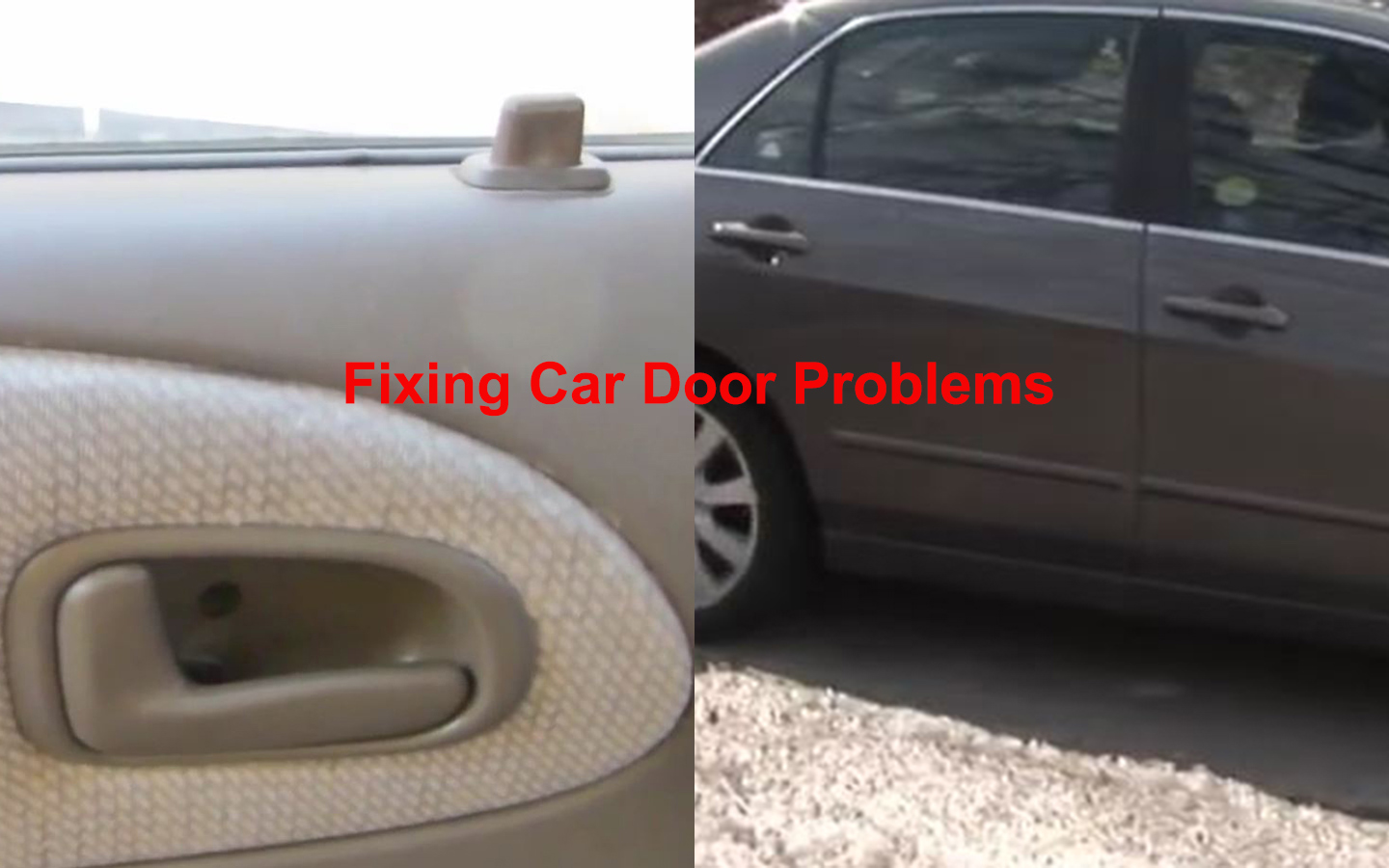 This article will address four problems on both mechanical and electronic door lock systems. We'll cover diagnosing the malfunction as well as the repair, but first let's get that door panel out of the way.

How to Remove the Door Panel

The only universal truth about door panels across manufacturers is that there are going to be some hidden screws. The image below identifies some common hiding spots, such as behind removable door latch cover plates (#1) and under armrest cushions and covers (#2). The best process to follow to avoid damage includes:

You'll also have to remove the window crank if you have manual windows. These are secured to the window mechanism with a locking clip that can be removed with a paper clip bent in a short hook while carefully pressing against the door panel or pushed out with a small screwdriver.

When you pull out on the door panel, some clips that secure the perimeter of the panel to the door may be left behind. Pop those clips out of the door and place them back in the panel. You can do this with a flat screwdriver or by hand, but the trim panel clip puller will make the job a little easier and help prevent clip or door-panel damage during removal. This can be especially dicey on older vehicles where the clips may have degraded and become brittle with age.

Lift the panel up and off the door, but don't yank too hard because there are likely still wires and cables connected. Free any wires and/or connectors and switches from the door panel. Speaker wires will have to be unplugged from the speaker (pay attention to speaker and wire polarity) if they're mounted to the panel instead of the door. Set the door panel aside and carefully remove the plastic water barrier if present. The water barrier is important for preventing rust and corrosion, which ultimately can lead to premature failure of parts.

Now that you’ve removed your door panel, let’s consider four problems that you could be experiencing.

If all of your doors will lock/unlock with the interior buttons but not the remote, the problem is most likely in the “brains" controlling the electric door locks. If the doors don't work at all, the problem is most likely a blown fuse or relay or a bad control module. Here, we'll eliminate or highlight the locking solenoid as the culprit and change it if it's defective.

2. The Solenoid Clicks but Pulling the Rod or Turning the Key Does Nothing

What might the problem be if the solenoid seems to be working because the actuator is moving in and out, but you can only lock/unlock the car manually? This caused by the bushing that locks the solenoid actuator to the lock actuator rod and/or the bushing locking the rod to the lock mechanism has either broken or worn to the extent that it is not allowing the actuator rod to move far enough. Either way, it has to be replaced.

These bushings are cheap enough that it's recommended to replace all of them when one or two fail to prevent future failure.

This is often another case of bushing wear. Wear may be so bad that the rods connecting everything have fallen out and are sitting at the bottom of the door.

4. The Door Won't Open from One or Both Sides

Wear is also likely the culprit when the door won't open from one or both sides but you have no problem with locking and unlocking.

Once your repair is complete, secure the plastic moisture barrier back in place and reconnect all cables and wiring. Hang the door panel on the window run channel and pop the clips in around the perimeter. After confirming proper operation, secure all screws and trim pieces that were removed.

​Have you diagnosed problems in your door? Let us know how it went in the comments!

How to Choose the Best Car Battery

How to Replace a Distributor Cap and Rotor