How to Diagnose and Replace CV Joints

Why Does My Front-Drive Car Click When I Turn?

Most rear-drive vehicles have a differential in the rear that translates the torque from the engine to the wheels through solid axles. Front-drive cars use a combination differential-transmission called a transaxle. Because the wheels move both up and down and turn right and left, solid axles won't work efficiently. 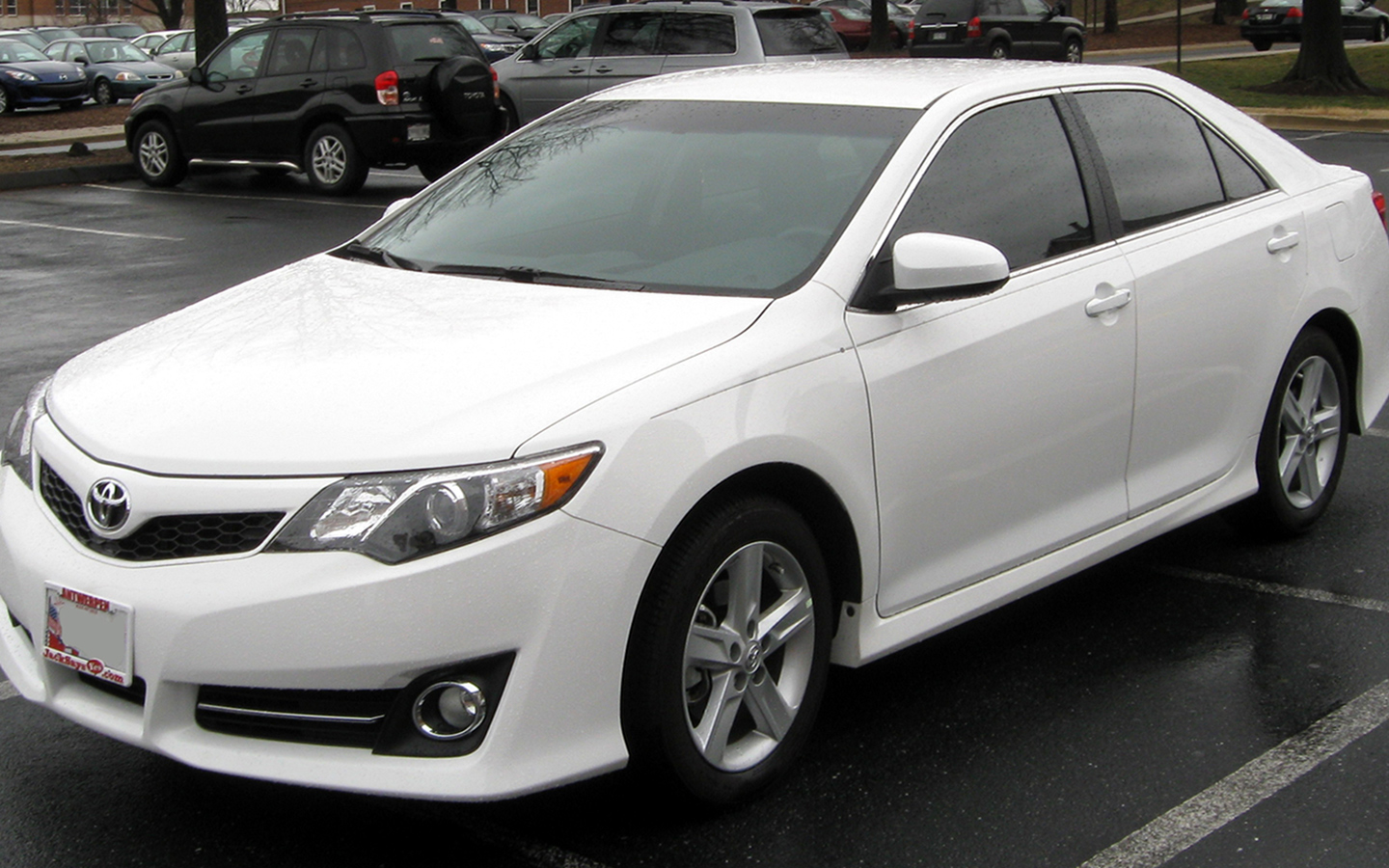 Constant velocity joints (CV joints) at the inner and outer ends of the axle half-shafts allow for this range of motion. Damaged or failing cv joints present some symptoms that are similar to failed u-joints in rear-drive vehicles and some that are different. 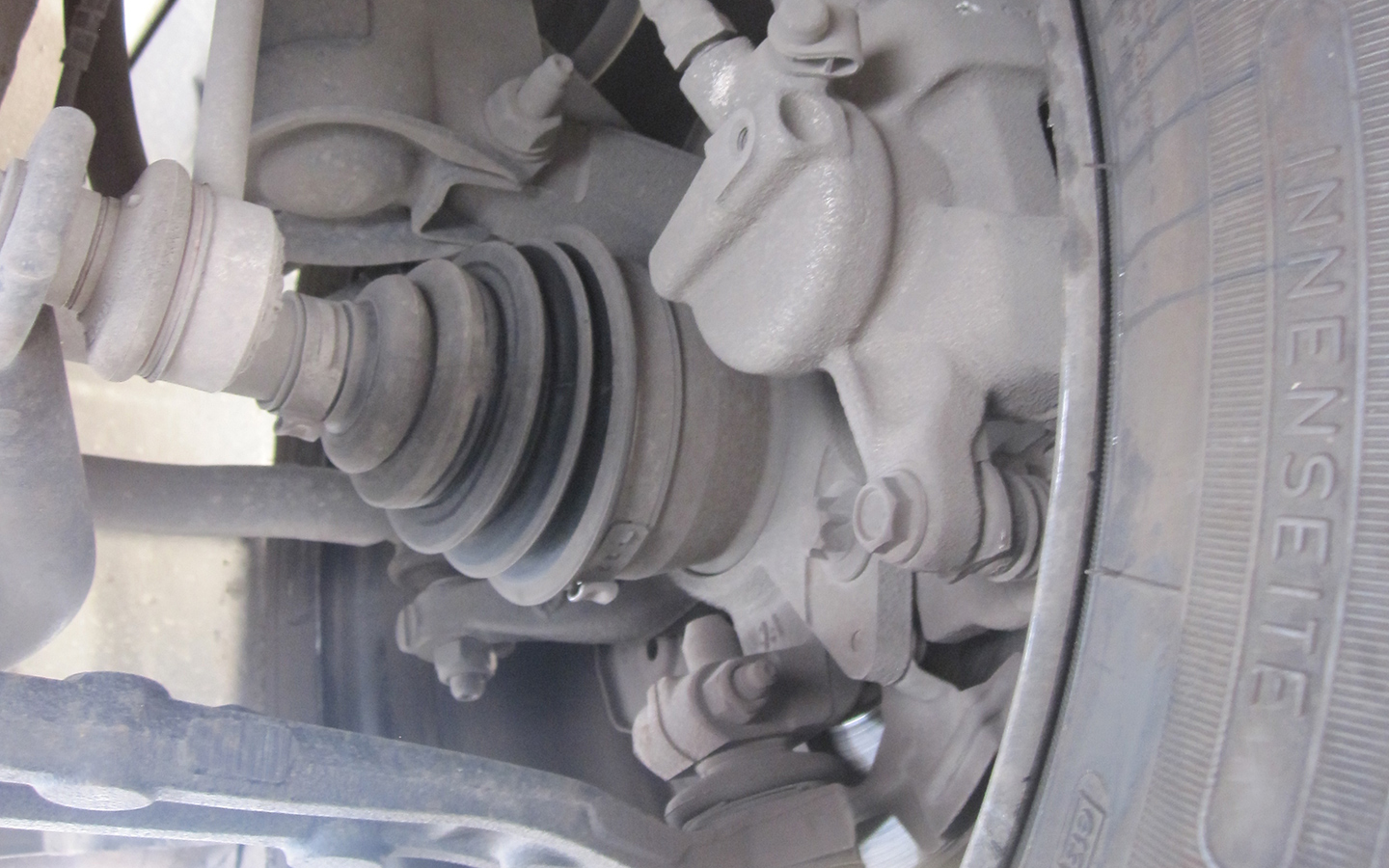 CV joints are covered by rubber boots that are clamped to the axle shaft and joint housing after being filled with special grease. This grease can escape if the boot fails and allow water and debris to work against the inner components of the joint. It's usually not obvious when these boots first fail unless you make an effort to look under the car regularly. Grease spattered or flung on the inside of the tire or the caliper or transaxle is the first indication the boot has failed. 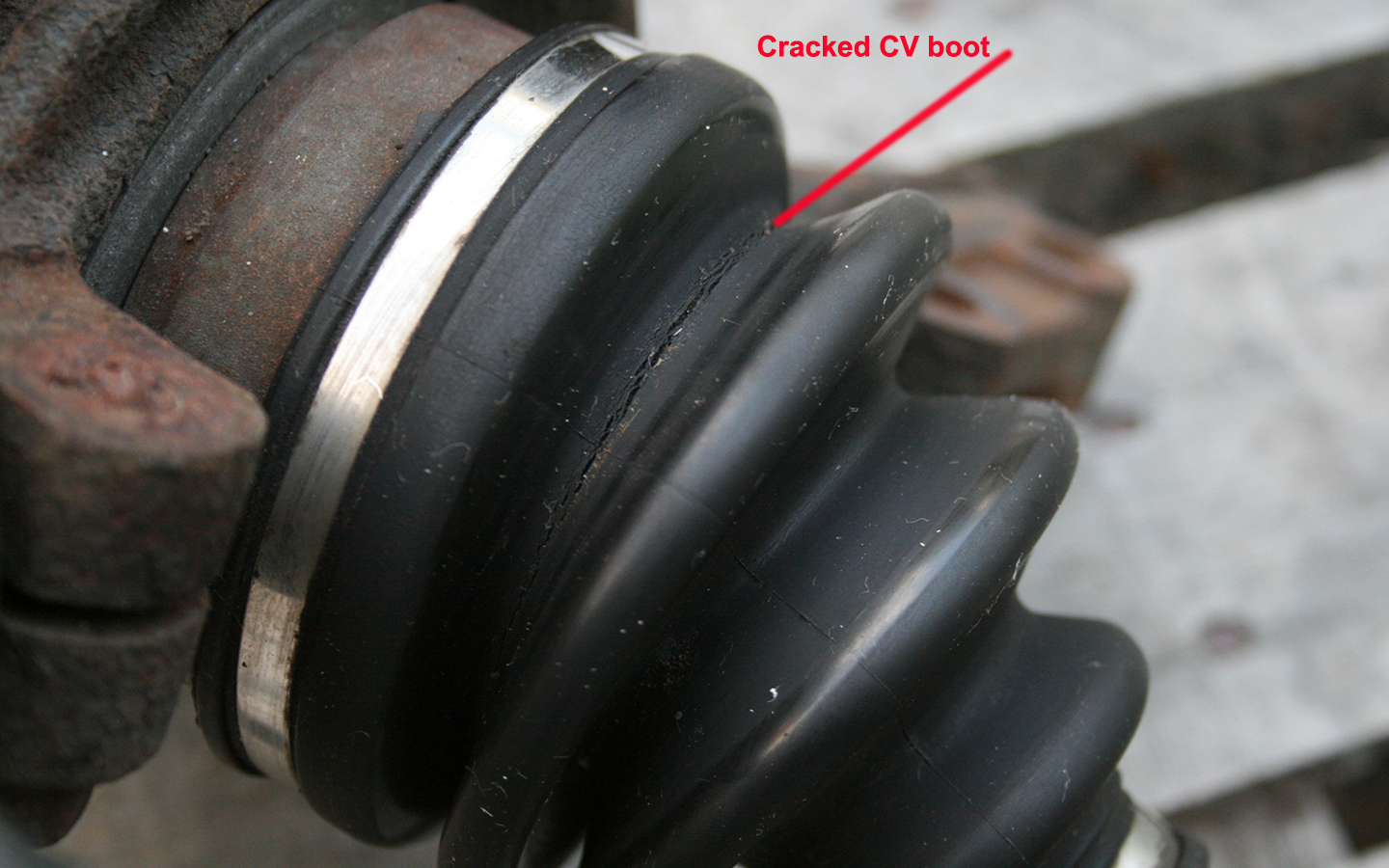 A failed boot is normally discovered at the regular maintenance. If the vehicle is driven enough once the grease has escaped the water and debris that's been allowed in, it will start damaging the joint. This will show up as a clicking noise when you're turning. It may get louder the harder you turn or speed up and slow down as you modulate your speed in the corner.

Worn inner joints cause vibrations or clunks when shifting

Inner CV joint damage presents itself with symptoms that resemble those of U-joints in rear-drive vehicles in that they also can cause vibrations during acceleration and, to an extent, deceleration. You may also feel a side-to-side shake in the car under hard acceleration or deceleration. If the damage is bad enough it can also cause a clunking sound when shifting from drive to reverse or vice versa.

The symptoms described above are usually the worst most drivers experience when a CV joint is compromised and becomes damaged. The joint weakens the more damage it is allowed to suffer. If allowed to go long enough or under severe acceleration/deceleration instances, a severely damaged joint can break, and your car will stop. The worst part about a situation like this is the "collateral damage" that can occur when the half-shaft thrashes around and hits other components on that side of the engine and transaxle, possibly even damaging the transaxle itself.

How to replace CV boots

When CV joints were first introduced the whole axle had to be removed so that the affected joint could be torn apart to install the new boot. Advance Auto Parts carries CV boot replacement kits that allow you to replace damaged boots without removing the axle from the car. Not only does this take the project time down from three to four hours to less than 30 minutes, but it also means no special tools are required for the project. The new boot is split so you simply slip it over the joint, fill it with grease, and then close it up, either with small nuts and bolts or by solvent welding.